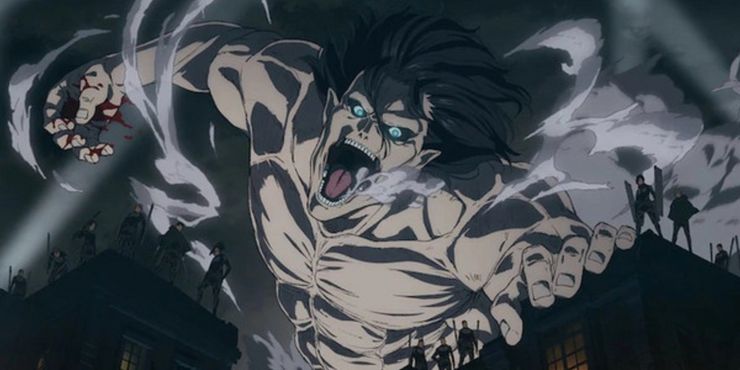 This week we got the most anticipated trailer of the fourth season of Attack On Titan which is one the best mainstream out there. In this article, you will be treated with the best trailers from This week or last week, share this with more and more weebs and Otakus. This article may contain some mild spoilers as I am gonna discuss some footage from the trailer.

So to stay updated stick ahead!

At last, we got this, the trailer for the fourth and final season of Attack on Titan but there is a cath there is no Wit Studio Logo at the end of the trailer and now the last season is produced by a different animation studios MAPPA wait don’t be angry. This studio has recently produced Dorohedoro a modern classic anime, which has slowly gained the love of classic anime fans for its premise and animation style. There is no release date for this anime as of now but fans are speculating for a fall 2020 release.
This year will be introduced to some new characters which were never seen before in the anime but were heavily influencing the story in the manga. The story features a turning point for Eren Yeager’s character development, which is sure to be a big discussion point for those who have not read the manga.

Netflix released the much-awaited trailer for the new season of Baki, which is one of the best Netflix original anime available to stream right now. Baki is mixed martial arts and fighting centric sports anime that is regarded as a hit in recent times. The trailer gives us some footage of what we can expect from the latest season of this anime. The anime focuses on the life of its protagonist named Baki. The second season is coming to stock up the anime library on Netflix. This season which features the Great Raitai Tournament Saga.

Fire Force was among the top anime of the last year and now we also got the new trailer for the second season of this much love anime. Fire Force is a mixture of genres ranging from sci-fi, shonen with a blend of supernatural and fantasy. The anime is Based on the manga by Atsushi Okubo and the first season is directed by Yuki Yase and other credits include composer Yamato Haijima and music composer Kenichiro Suehiro. The second season will be directed by Tatsumi Minakawa (replacing Yuki Yase from the previous season). The opening theme will be “SPARK-AGAIN”, performed by Aimer.

Netflix released the trailer for Japan SInks: 2020 which is directed by Masaaki Yuasa who has earlier worked with Netflix on Devil Man Crybaby and is known for making good anime like Tatami Galaxy, Lu Over The Wall and Ping Pong: The Animation. This upcoming anime series is an adaptation of Sakyo Komatsu’s Japan Sinks (Nihon Chinbotsu), a science-fiction novel. The plot of anime centers on the Mutō family, and the siblings Ayumu and Gō. The four members of the Mutō family are caught in an earthquake that hits Tokyo, and attempt to escape the city, while disaster claws at their heels.

Jujutsu Kaisen is based on a manga that is created by Gege Akutami and has been publishing in weekly Shonen Jump since March 2018. The anime is produced by MAPPA, directed by Seong Ho Park, and set to be premiere in October 2020. The anime follows Yūji Itadori, a not so sound athletic high school student and lives in Sendai with his grandfather. To avoid the track team he joins the Occult Research Club, where he is able to relax and hang out with his seniors. One day he accidentally swallows the cursed finger of a powerful Curse known as Sakuna and now has to fight Monsters.

Fans were desperate and in need of another anime which is themed on a body-swap romance and we just got one, A Whisker Away. This Upcoming anime will hit Netflix on June 18 worldwide and is helmed by fan favorites Tomotaka Shibayama and Jun’ichi Satô, who gave us many classics like Neon Genesis Evangelion and Sailor Moon. The Anime centers around the story of Miyo Sasaki, who turns herself into a cat to get the attention of her high school crush, Kento Hinode.