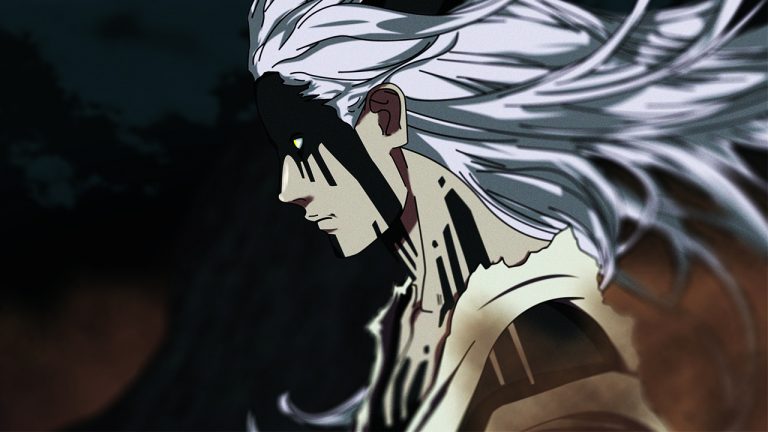 Boruto Manga is scheduled to come out soon in the next V Jump release in a few days. The official release date is June 18, 2020 (releasing two days early). The story that was written by Mashishi Kishimoto has developed a lot over the years. The leaf village faces a grave threat from the force of Kara that has similar motives of Kaguya Otsutsuki. The previous chapters made a lot of revelations about the nature of Jigen’s powers. Also, Kara had a mutiny among their ranks.

Firstly, We learned about the true nature of Karma. This is the mark that was inflicted on Boruto by Momoshiki Otsutsuki. Amado has defected from Kara and offers information about this organization in exchange for protection from the 7th Hokage. He reveals that Karma is a copy of any Otsutsuki concentrated as data into the mark. They put it in a strong vessel and slowly extract the data in the body. When the extraction is complete, the vessel is lost. The Otsutsuki is revived. This is how Momoshiki Otsutsuki plans to revive himself using the Karma.

Secondly, in another dimension, a fight is underway between Jigen and Kashin Koji. Jigen is the leader of Kara while Kashin Koji is a member of Kara that has turned against Jigen. Koji has also the support of Amado. This fight is broadcasted in the interrogation room at Konoha where Amado is being held. After the fight with Naruto and Sasuke, Jigen is weakened. Koji wants to take advantage of this and kill Jigen for good.

Thing is, Jigen’s Karma is also from an Otsutsuki. It is from Isshiki Otsutsuki who arrived on earth with Kaguya. There was a disagreement between them which led to near-death of Isshiki. As a result, he had to save himself by surviving in the brain of the nearest person. It was a poor monk, Jigen. Right now, the personality of the actual Jigen is gone. However, this is not a good vessel for Isshiki.

The ideal vessel of Isshiki is Kawaki that explains why he was so desperate to retrieve Kawaki. Amado and Koji are on a mission. The Otsutsuki are very powerful creatures that have the sole goal to evolve. They plant the divine tree somewhere on a planet, absorb chakra from every single person on that planet to get the Chakra Fruit. Eating this fruit makes them evolve into a more powerful being.

Hence, if Koji can kill an Otsutsuki as Amado told us, it would be a good thing. We still do not know about the true identity of Koji. The speculation that Koji is Jiraya is ruled out as he was created. I would assume it was Amado who created him. However, his connection with the land of fire and similar style to Jiraya still doesn’t make sense.

The life of Kawaki is in danger. He will turn into Isshiki Otsutsuki after the extraction is complete. This could be pointing towards the Boruto vs Kawaki that was hyped at the start of Boruto Manga. Kawaki received his karma before Boruto. Hence, Isshiki could take control before Momoshiki. Additionally, Boruto’s existence is in the same kind of danger.

The information from Amado could be very useful for future fights. If he is serious about helping the Konoha in this fight, he may reveal a lot more stuff. I guess that this arc will end at the end of Koji vs Jigen. We will get the hidden identity of Koji and things will calm down. However, the real fight is still to come. Momoshiki and Isshiki have their karma in good vessels that can revive them. There is another big fight coming after this.