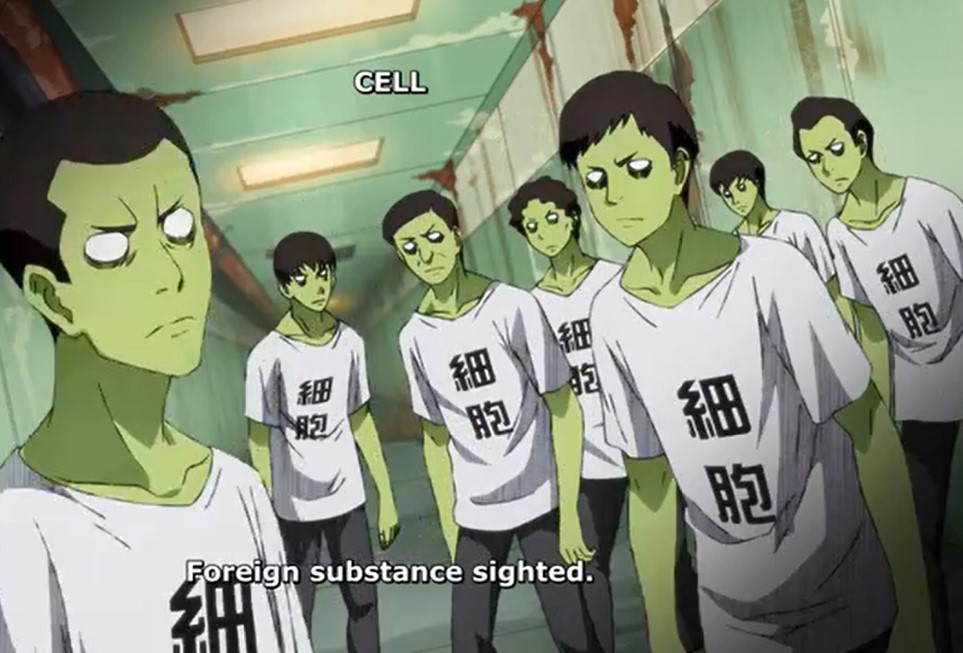 It has been revealed that White Blood Cells was almost defeated during their battle with Gonococci. Their ranking has dropped down, and Killer Cells are ordered to save the world, replacing the White Blood Cells. Helper T Cells report to the Killer Cells if the external enemies are invading. They serve as commanders who formulate appropriate attack strategies and give orders to Killer T Cells. The leader of Helper T Cells has spotted foreign green zombies.

Killer deployed on the orders of a Helper T Cell, and they are professional killers who recognize and destroy foreign substances. Helper T communicate with Killer and tell him that it is time to show other Cells how strong is his squad. Helper T orders Killer and his crew to take down the virus green zombie that has taken down the gauntlet. Killer charges with his crew showing that T Cells are the most powerful Cells.

Cells at Work Code Black Episode 6 will be released on Friday, 29 January 2021, at 2:30 AM. You can get more updates about this anime on the official website at saibou-black.com. You can also enjoy watching this Anime on AnimeLab and Funimation. Take a look at the updates below. 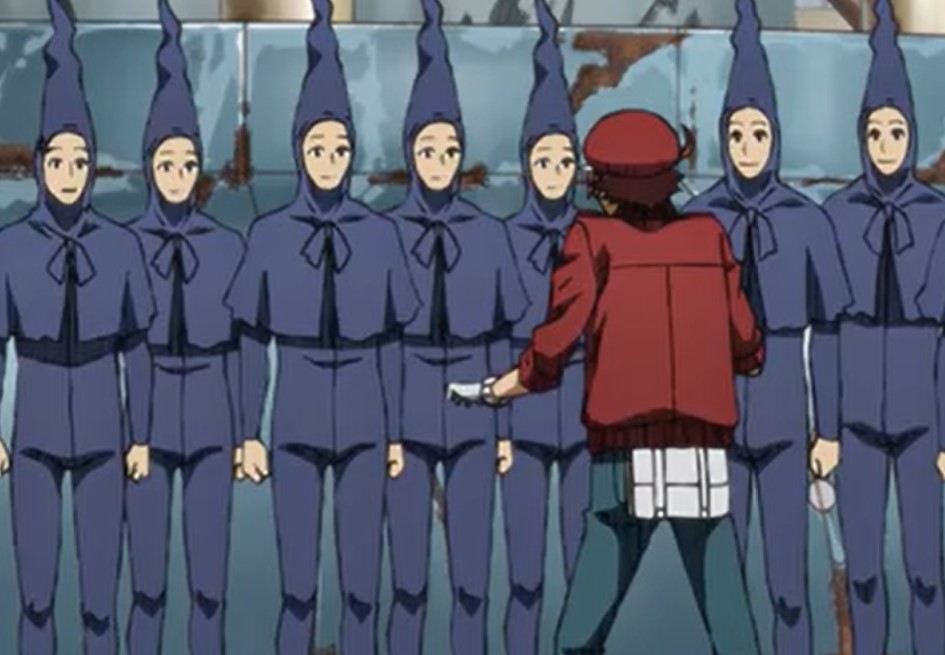 Meanwhile, AA is starting to hang up with his work, and he told Workers Cell that he is starting to feel confident with his work. AA started to deliver oxygen and find hair root messed up. The hair root is a part of hair embedded under the skin and the tissue where it is developed. AAencoured the Hair Matrix Cells that make hair by dividing over and over. AA is surprised since they look the same and could not recognize who sent him to deliver oxygen.

When the other Matrix left to do their job, he realizes that the one who is left is the one who sent him. It has been revealed that The Hair Matrix receives nutrients and oxygen from the hair papilla and divides to produce hair. One of the Matrix asks the old geezer Pigment Cell to come and fix the part that is still white. The old geezer painted the white part since they can allow a young human to have grey hairs at a young age.

Pigment Cell is also known as melanin, which produces the pigments that hair color is based on. On his way, AA met with U-1196, who he has a crush on. He finds her doing push-ups, and he is impressed by the looks of her body. U-1196 sat with him and talked about the last battle that they were defeated. She told him that she is not the type of girl who likes to sit. She wants to train and get back to do her duties. U-1196 thanks AA for giving her the courage not to give up.

AA told her to let the Killer Cell finish with the battle since the White Cells are still injured. The mighty Killer, along with his crew, visited the leader of White Blood Cell U-1196. He thanks her for losing the battle that they have just taken care of now. He said that they would handle every battle that comes, and the weak White Cells will rest since they are good for nothing. AA wanted to defend her, but she stopped him. 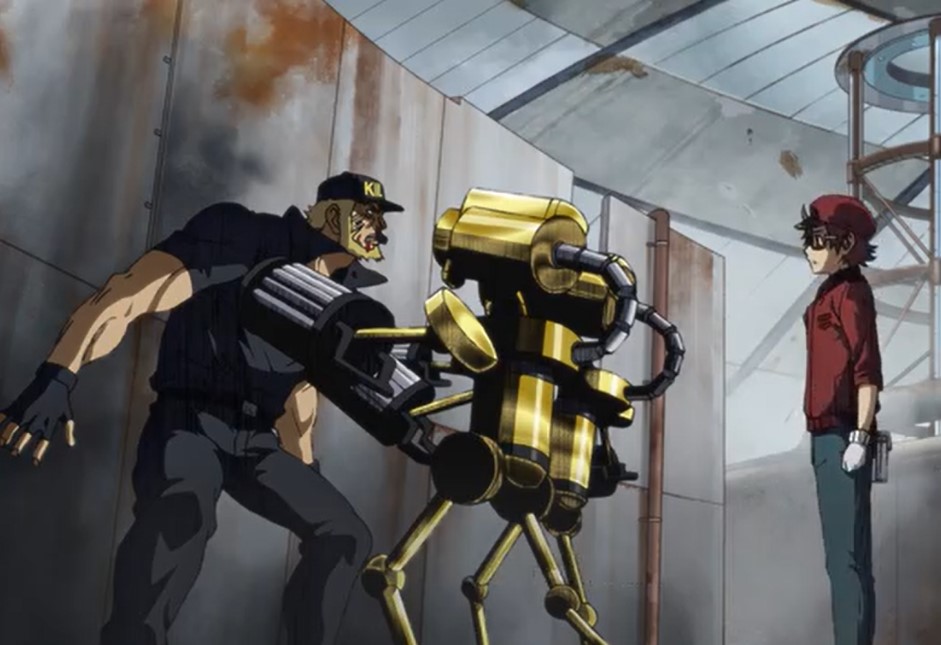 AA asks her why she did not let him give Killer a fitting reply, and U-1196 said that it doesn’t matter as long as there is peace in the world. U-1196 reveals that when she gets better, she will work hard and do what she can for the sake of peace. Helper T and his partner detected an invasion of foreign substances in the blood vessels near the nasal cavity. Helper T orders that they send Killer and his squad, but his partner comments that they just returned from a battle.

B Cell suggests that they can send the White Blood Cells and Macrophages. Helper T refused and said that Killer T Cells are the Lymphocyte’s elite forces. Helper guarantees that Killer will be victorious, and he believes in their strength. Killer and his crew manage to defeat the enemies, but they started rampaging. They began to kill the Matrix Hair Cells, taking them as a foreign substance.

This is caused by the red button that Helper T pressed earlier, trying to prove that Killer and his squad can go in a battle every day. AA tried to reason with Killer to stop his army from rampaging. AA orders other Red Blood Cells to help with oxygen and call the police robots. They manage they stop the rampaging of Killer and his crew. They eliminated Helper T at the HQ since he is the one causing chaos and Killer Cells to rampage. AA has some peace of mind with Killer, and they both agree on their terms.