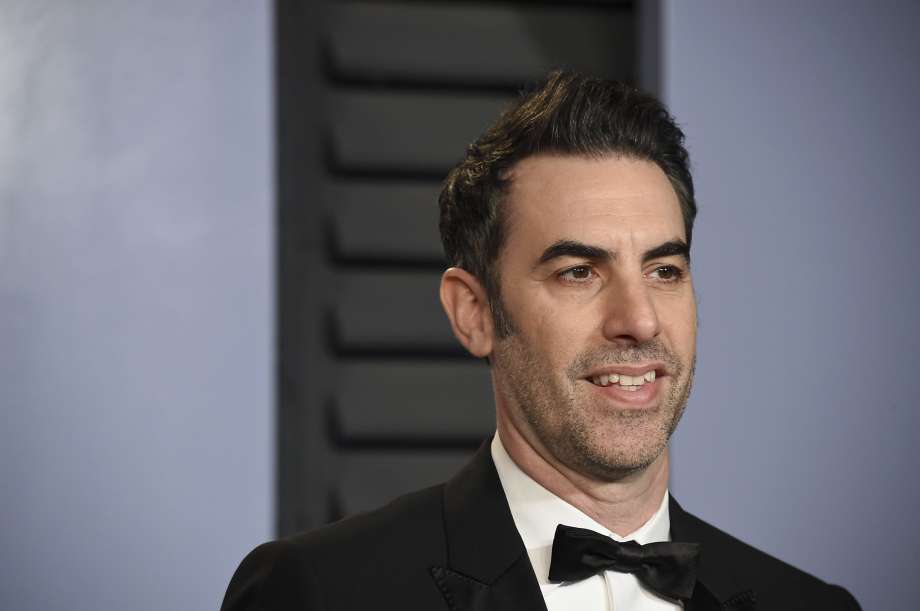 Sacha Noam Baron Cohen, professionally known as Sacha Baron is an English actor, comedian, writer, director, and film producer. He is famously known for keeping a deadpan face. His fictional satirical characters and their portrayals such as Ali G, Borat Sagdiyev, Brüno Gehard, and Admiral General Aladeen are some of the highlights of his career. Sacha’s idol is Peter Sellers, and like him, he has taken on a variety of accents and guises for his characters. Sacha’s other famous works are voicing King Julien XIII in the Madagascar film series and they remain the highest rated movies of his career.

The man has also appeared in films such as Talladega Nights: The Ballad of Ricky Bobby, Sweeney Todd: The Demon Barber of Fleet Street,  Hugo, and Les Misérables. Sacha also made a cameo as a BBC News Anchor in Anchorman 2: The Legend Continues.

Sacha Baron Cohen’s next appearance was in the comedy film Grimsby. He also co-starred in the fantasy sequel Alice Through the Looking Glass. Only two years later, he created and starred in Who Is America? This was his first television project since Da Ali G Show.

Next year, Baron-Cohen played Eli Cohen in the limited series The Spy for OCS and Netflix. For the same, he received a nomination for the Golden Globe Award for Best Actor – Miniseries or Television Film.

In the year 2018, The Times listed Baron Cohen among the 30 best living comedians. The man is always included in a list of the greatest ever British comedians. We shall name his best-rated movies on IMDb today. 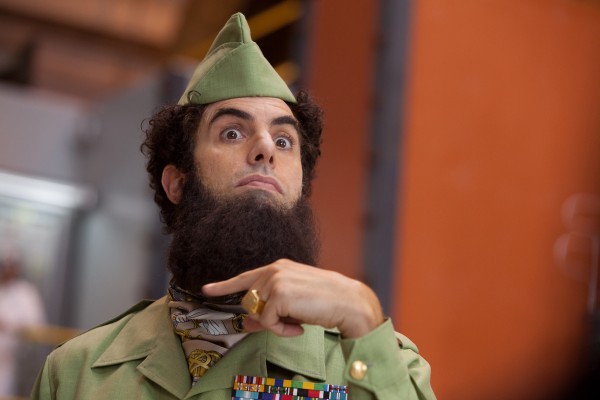 The Dictator is a 2012 political satire comedy film.

The film stars Sacha and is also co-written by him. It makes for his fourth feature film in a leading role. The Dictator is directed by Larry Charles, who previously directed Baron Cohen’s mockumentaries Borat and Brüno.

In this hilarious tale, Sacha Baron Cohen stars in the role of Admiral General Aladeen, he is the dictator of the fictional Republic of Wadiya who visits the United States when called to address the UNGA. The movie stars Anna Faris, Ben Kingsley, Jason Mantzoukas, with an uncredited appearance by John C. Reilly. 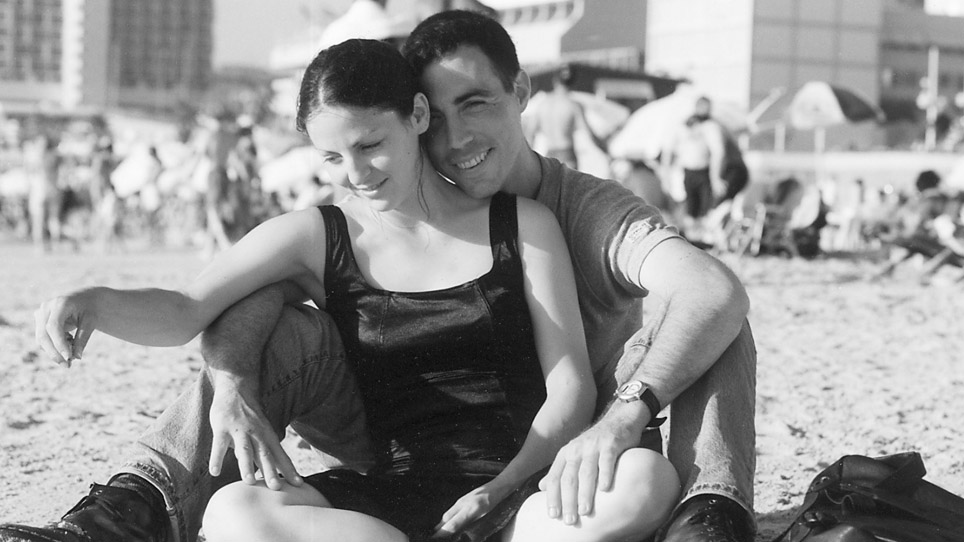 Out for Love, Be Back Shortly: Israeli war-terror movie.

Out for Love, Be Back Shortly is the video diary of a former Israeli army officer, 28-year-old Dan Katzir.

The movie is Dan Katzir’s autobiographical film. It is a hard cry of his generation. It talks about the hate and terror that the Israeli Army has perpetrated in the territory that they have occupied. The movie is written by Iris Arie and Dan Katzir. You will find this movie too boring for your taste, but the fact is, it is highly rated. So we had to list it here. It mostly talks about the events of the assassination of the hated prime minister Yitzchak Rabin.

The movie is described a unique Israeli classic and it has garnered over 13 International awards in Israel.

The film is produced by DreamWorks Animation and is distributed by Paramount Pictures. Escape 2 Africa is the sequel to the 2005 film Madagascar and overall the second installment in the franchise.

The story of Escape 2 Africa carries on the adventures of Alex the Lion, Marty the Zebra, Melman the Giraffe, and Gloria the Hippo. The movie was directed by Eric Darnell and Tom McGrath, based on a screenplay written by Etan Cohen, Darnell, and McGrath. 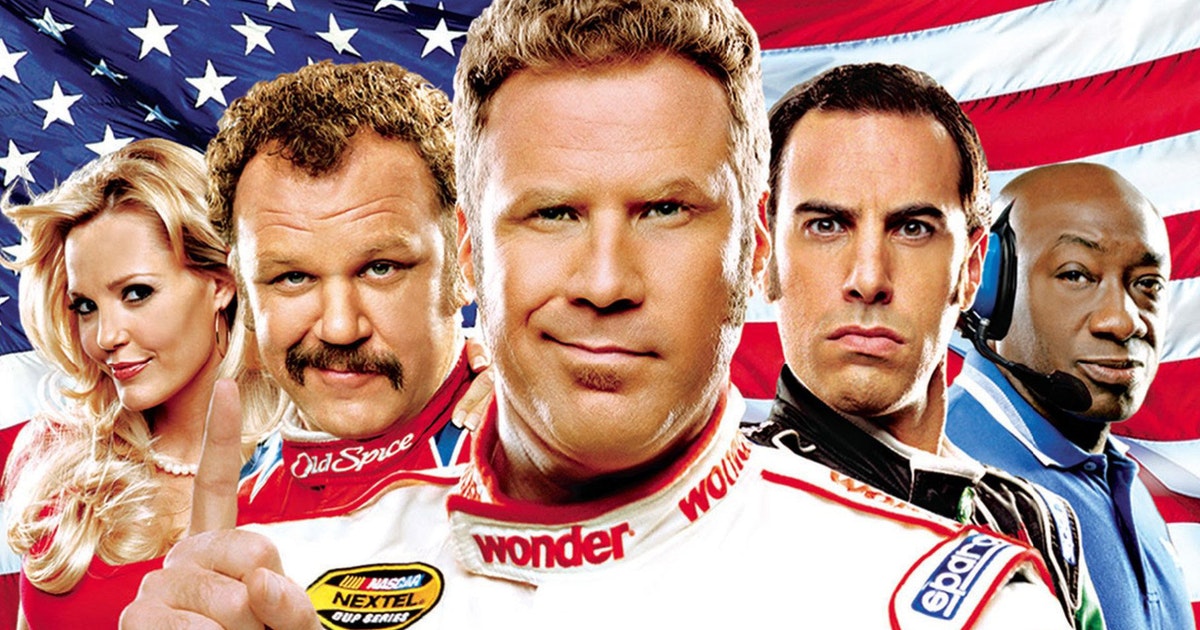 Talladega Nights: The Ballad of Ricky Bobby: One of the greatest racing movies ever.

Talladega Nights: The Ballad of Ricky Bobby is a 2006 American sports comedy film.

The movie is directed by Adam McKay and it stars Will Ferrell as the lead. The movie is written by both McKay and Ferrell. The rest of the cast of the film includes John C. Reilly, Sacha Baron Cohen, Gary Cole, Michael Clarke Duncan, Leslie Bibb, Jane Lynch, and Amy Adams, and additional appearances by Saturday Night Live alumni. Talladega Nights: The Ballad of Ricky Bobby also features  NASCAR drivers Jamie McMurray and Dale Earnhardt Jr. who make cameos, as do broadcasting teams from NASCAR on Fox.

Sacha Baron Cohen stars as Jean Girard, he is an openly gay French Formula One driver and the lead Bobby’s archrival. His biggest passion is to move to Stockholm and design a currency for dogs and cats. He plays an eccentric and dominating in the Formula One. Girard drives the No. 55 Perrier car. 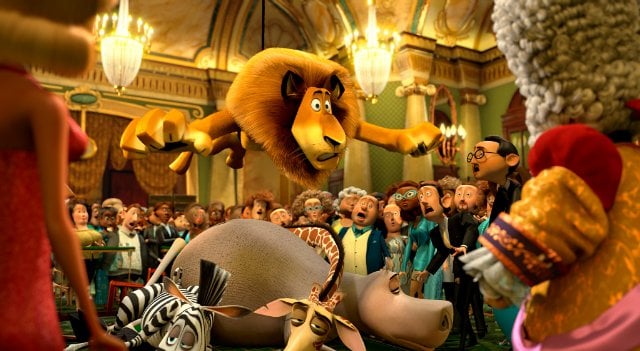 Madagascar 3: Europe’s Most Wanted: In continuation of Sacha’s previous role.

Madagascar 3: Europe’s Most Wanted is a 2012 American computer-animated comedy film.

Europe’s Most Wanted was directed by Eric Darnell, Tom McGrath, and Conrad Vernon and is based on a screenplay by Darnell and Noah Baumbach. Ben Stiller, Chris Rock, David Schwimmer, Jada Pinkett Smith, Sacha Baron Cohen, Cedric the Entertainer, and Andy Richter feature in their roles from the previous films. The newcast includes Jessica Chastain, Bryan Cranston, Martin Short, and Frances McDormand.

Sacha Baron Cohen plays King Julien XIII, a ring-tailed lemur who is the king of the lemurs in Madagascar. 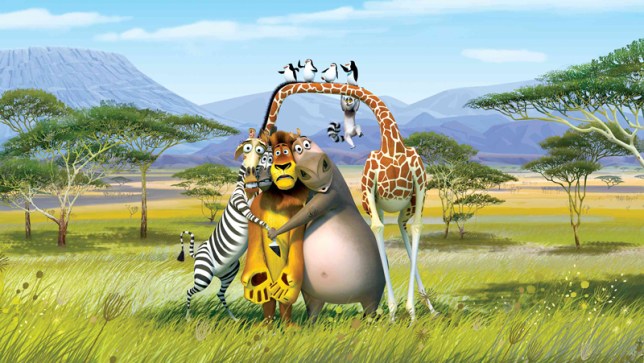 Sacha Baron Cohen stars as King Julien XIII, who is a ring-tailed lemur and the king of the lemurs. Baron Cohen’s King Julien was only meant to be a “two-line” character until eight minutes improvisation of dialogues in an Indian accent happened. The rest they say is history! 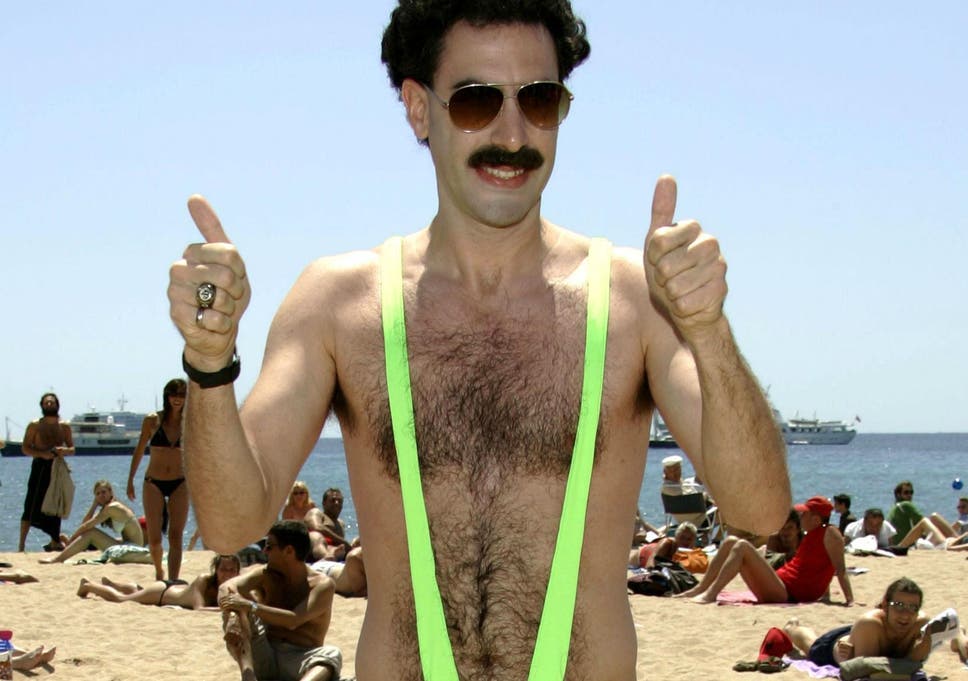 The film is directed by Larry Charles and produced by Sacha Baron Cohen. Sacha also serves as the co writer for the movie besides Charles.

Cohen plays Borat Sagdiyev, who is a fictitious Kazakh journalist. He travels through the United States in order to make a documentary which features interactions with Americans. Borat interviews real-life Americans who believe he is a foreigner with little or no understanding of American customs.

Borat: Cultural Learnings of America for Make Benefit Glorious Nation of Kazakhstan is the second of three films revolving around Baron Cohen’s characters from Da Ali G Show. The first one was Ali G Indahouse, and it was released in 2002. It featured a cameo by Borat, and the third, Brüno, came out  in 2009. Borat, the film is produced by Baron Cohen’s production company, Four By Two Productions. 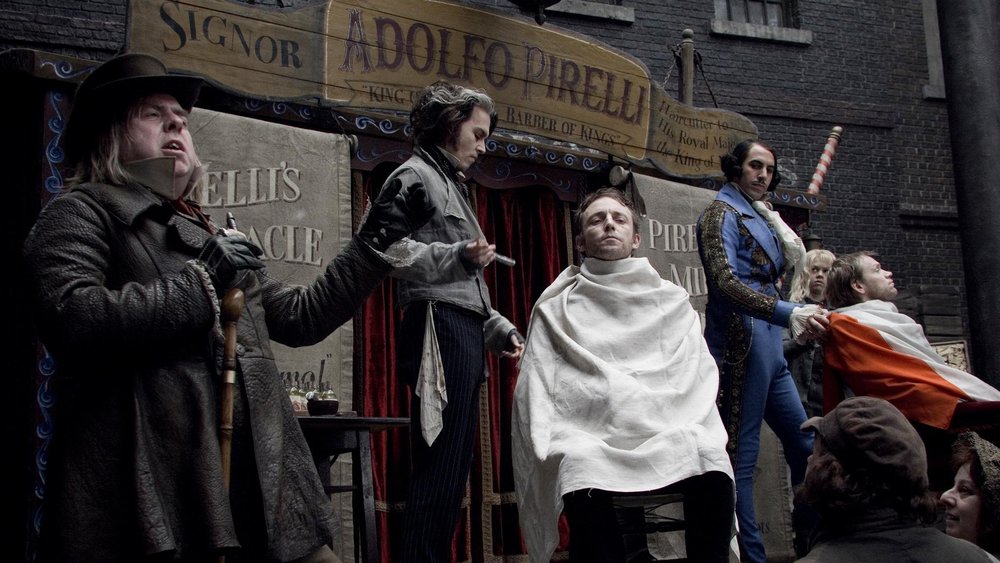 Sweeney Todd: The Demon Barber of Fleet Street: Sacha’s role as a monster is par excellence.

The Demon Barber of Fleet Street is a 2007 musical period slasher film.

The film is directed by Tim Burton and is an adaptation of Stephen Sondheim and Hugh Wheeler’s Tony Award-winning 1979 musical of the same name.

Sweeney Todd re-tells the Victorian tale of Sweeney Todd. He is an English barber and serial killer who kills his customers with a straight razor and, and is helped by Mrs. Lovett in the processes. They then their corpses into meat pies. Sweeney Todd stars Johnny Depp as the title character and Helena Bonham Carter as Mrs. Lovett. 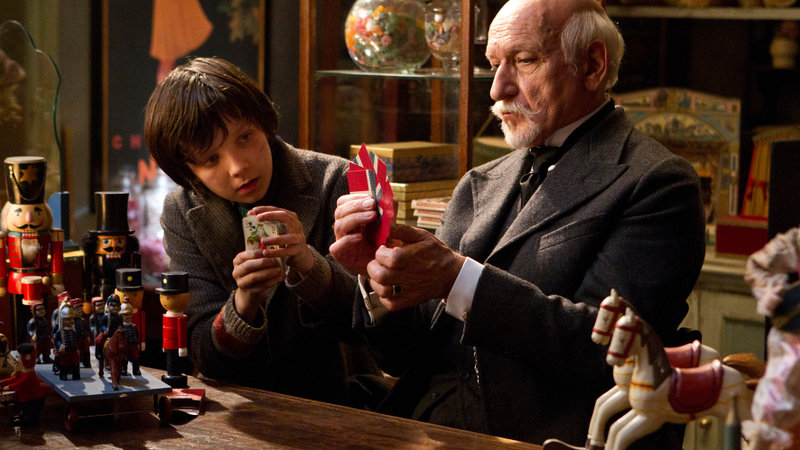 Hugo: Sacha’s greatest and most high profile role ever.

The film comes with steampunk influences and is directed and produced by Martin Scorsese. It is and adapted for the screen by John Logan. The movie is based on Brian Selznick’s 2007 book by the name The Invention of Hugo Cabret. It is the story of a boy who lives alone in the Gare Montparnasse railway station in Paris in the 1930s.

This boy then becomes embroiled in a mystery surrounding his dead father’s automaton and the pioneering filmmaker Georges Méliès.

Hugo is lead by Asa Butterfield as Hugo Cabret. 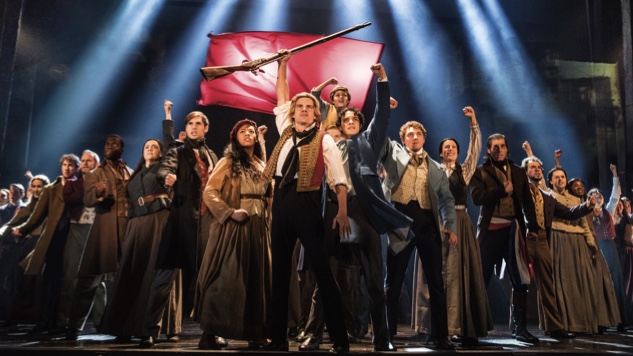 One of the greatest film is Les Misérables.

It is directed by Tom Hooper and scripted by William Nicholson, Alain Boublil. It is based on the 1862 French novel of the same name by the author Victor Hugo.