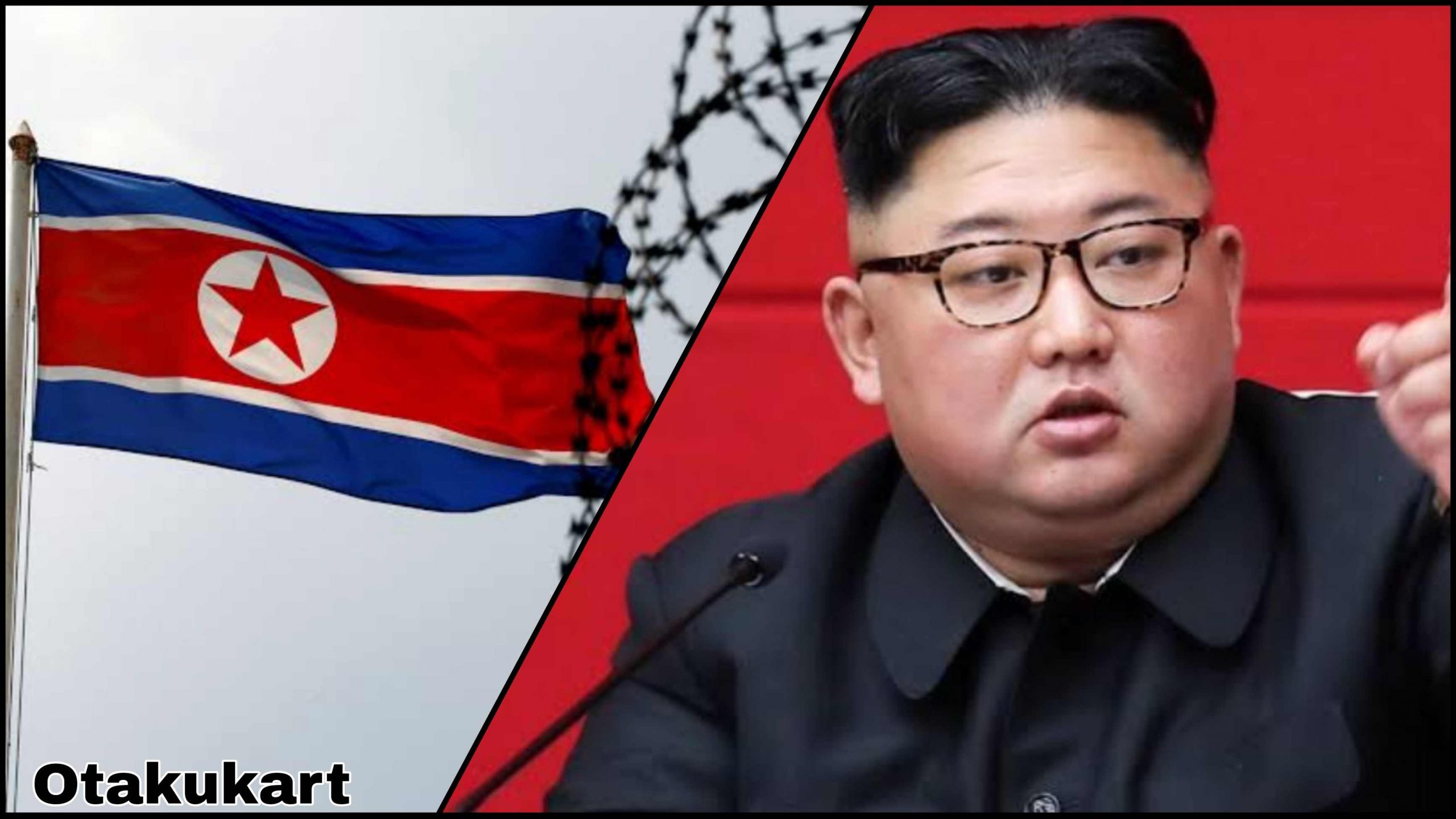 While people from all over the planet chant K-pop songs and find pleasure in watching South Korean dramas, the other half of the country, known as the Democratic People’s Republic of Korea or simply North Korea, lives a life without any contact with the outside world, no less than a prisoner. Thanks to the so-called democratic rule of Kim Jong Un! Ever since Kim Jong Un, the youngest son of the former North Korean leader, Kim Jong-il, came into power eleven years ago, he has never missed a chance to attack the South Korean entertainment means, starting from the movies, K-dramas and songs, which, according to him, corrupts the minds of North Koreans. 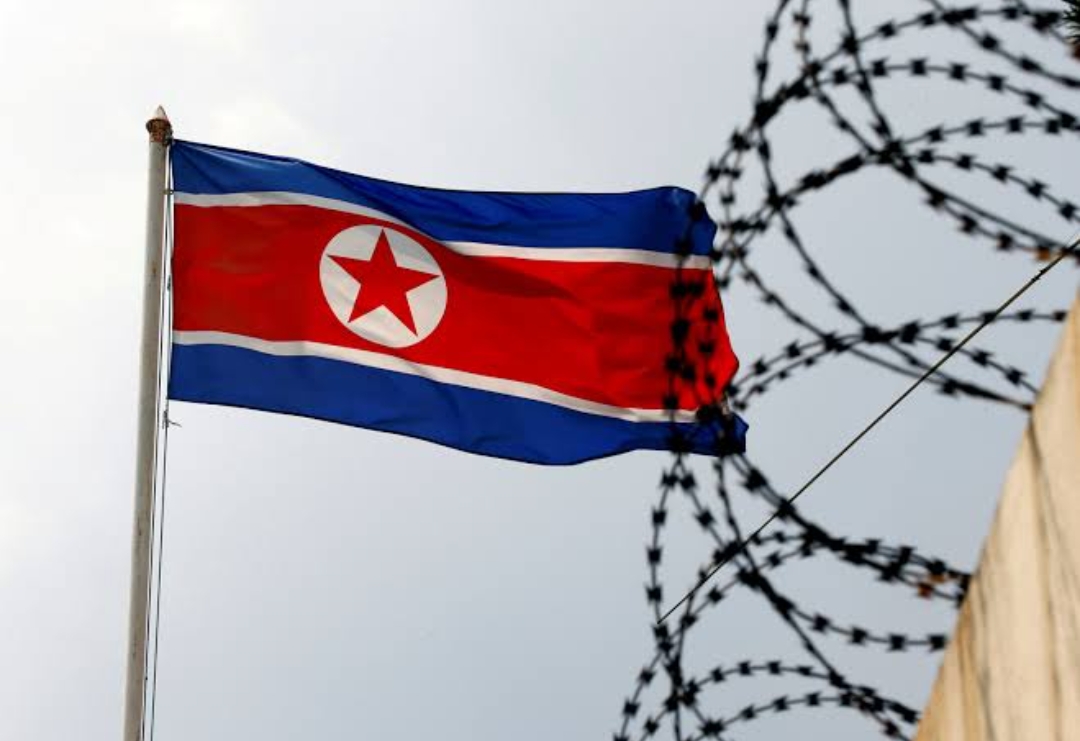 As the South Korean boy group BTS has been amassing fans all over the world swooning over them, it shouldn’t come as a surprise if they have a fan following in North Korea as well. However, the North Korean criminal code doesn’t allow even K-pop music to be played in the country. The incident took place back in 2019 when the members of the anti-socialist task force conducted a surprise raid on houses in Hyesan. While most of the residents were found relaxing at home since it was a national holiday, a 23-year-old man who was the son of a government official was discovered watching a Chinese movie with six of his friends. 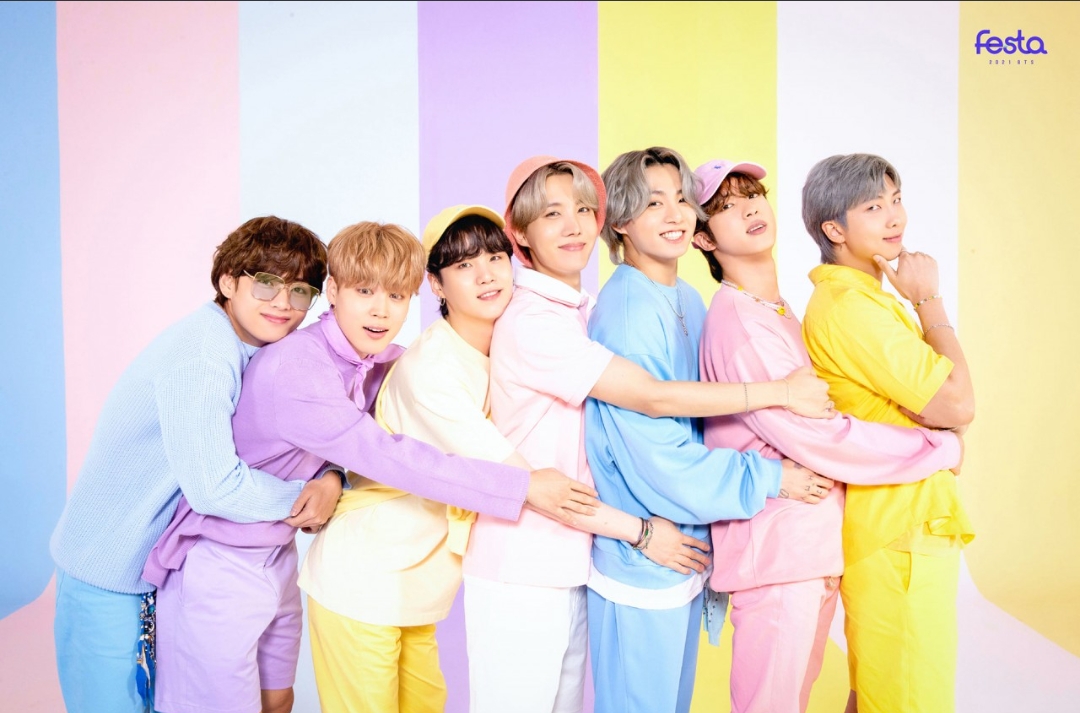 The man had been reported to get a hardship discharge from the military. Multiple storage devices were located in his house, including three CDs and two USB sticks by North Korean authorities, which were loaded with BTS music and South Korean dramas. The young man, along with his other friends, was handcuffed on the spot and taken to a detention center for preliminary interrogation.

2. A Teen Forced into Physical Labor for Watching the Movie ‘The Man from Nowhere’

Here is another instance of the dictatorial nature of the North Korean government that is questionable as well as unacceptable. Recently, a middle school teenage boy from the North Korean city of Hyesan, bordering China, was caught watching the hi South Korean action movie, ‘The Man from Nowhere’. It wasn’t longer than five minutes into the movie before he was caught, and without having any mercy on him, his situation was handled legally. 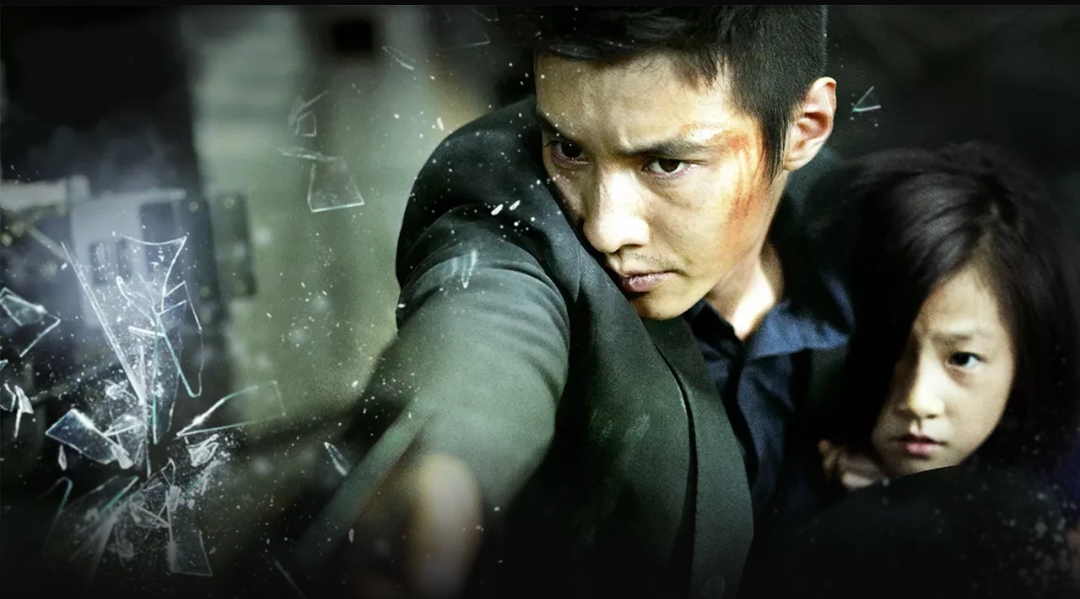 The Man from Nowhere

Later, it was revealed that he had been sentenced to forced labor for fourteen years of his life, although Kim Jong-un’s laws didn’t have any mention of punishment for minors. Well, it is very likely that the boy will be worked to death during the course, which is something very common in labor camps.

Earlier this year, Kim Jong Un was captured on camera at an event organized for executing a man barbarously for breaking his laws and selling South Korean Movies across the country, which is illegal there. The man was employed at the Wonsan Farming Management Commission as a chief engineer and was handcuffed after being found trading storage devices containing loads of South Korean music, films, and broadcasts by an informant secretly. He confessed to his accusations stating that he had sold USB sticks and CDs to locals for $5 to $12 each. The government didn’t take much time to punish the convicted as Kim Jong Un was already having his precious execution squads ready. 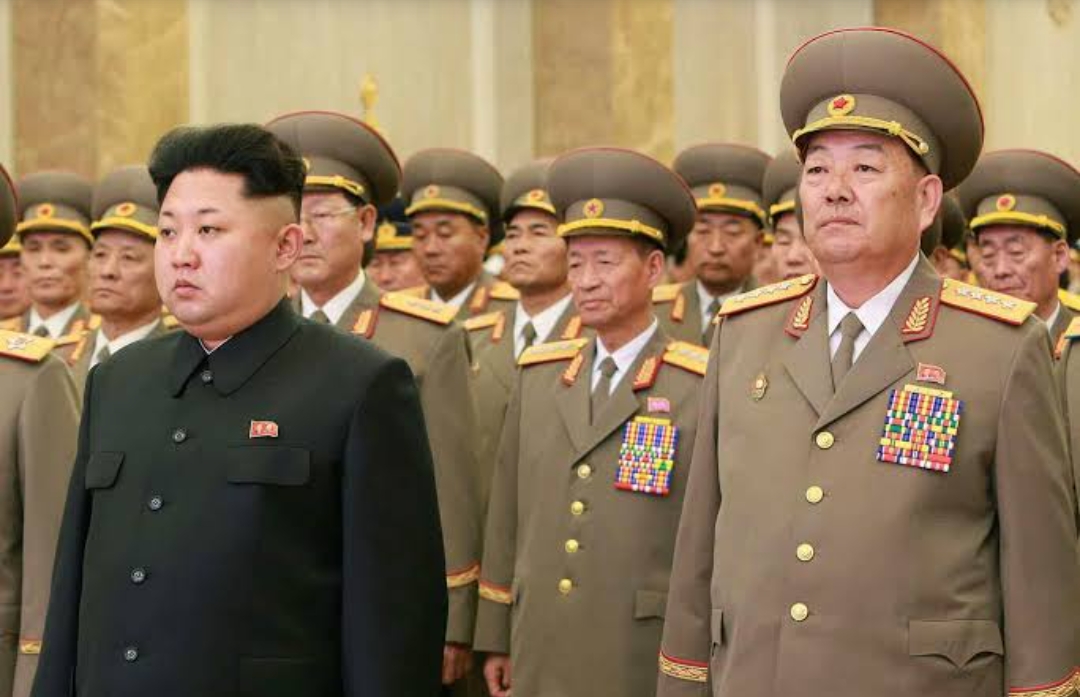 The man was executed by the firing squad in front of five hundred individuals along with his entire family. Earlier, the anti-reactionary thought lawbreakers were given milder punishments like sending them away to re-education or labour camps, but the execution came both as a surprise as well as a threat to the citizens. His collapsed wife and children were thrown into a cargo truck like luggage and taken to a prisoner camp. Just to make sure to know, there is a high chance for people to die of malnutrition or over-working in such camps.

4. Teens were Tried for Watching the K-drama ‘Crash Landing on You’

‘Crash Landing on You’ remains one of the most popular and highest-rated K-dramas on Netflix, which revolves around a South Korean woman accidentally crossing the borders of North Korea and ultimately falling in love with a soldier from the rival country. Owing to the North Korean setting of the show, it is natural that the residents of the country would be curious to watch the series that brings into limelight the cultural differences between the two parts of Korea and the North’s harsh and strict laws. However, when some teens were found watching the series, they were arrested and put behind bars. 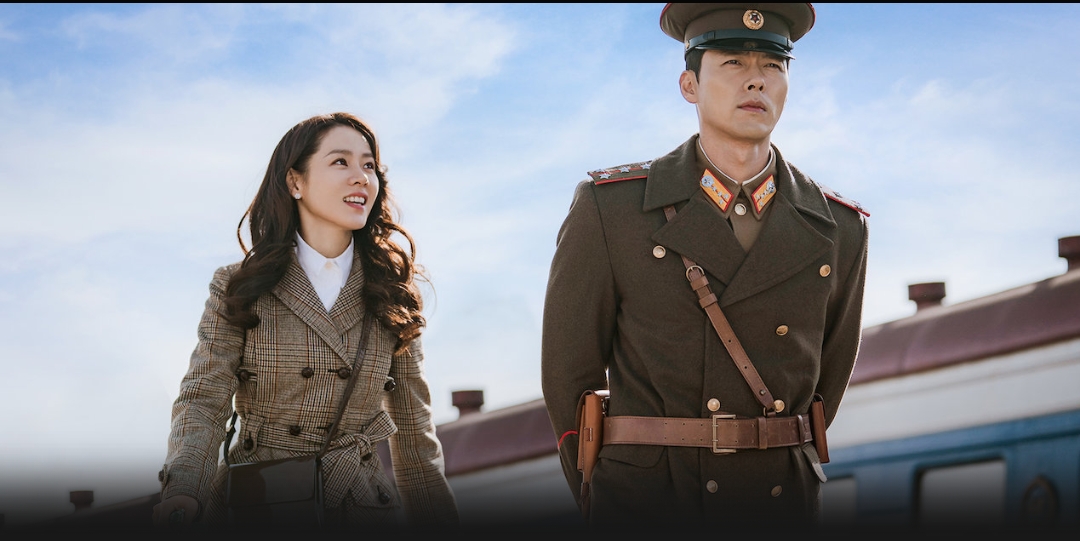 Crash Landing on You

They were eight in number and were caught emulating the characters of several popular K-dramas, one of which happened to be of ‘Crash Landing on You’. The looks on their faces after being interrogated by the government officials were enough to showcase how harsh it was. They looked like a skeleton who didn’t even have the strength to stand upright. The punishment they had to endure hasn’t been found out but judging by the government’s actions in similar situations. It is not a hard guess that they haven’t been treated with a mild temperament.

5. A North Korean Man Executed for Smuggling ‘Squid Game’ across the Country

While the whole world had been simping over the superhit South Korean Netflix original ‘Squid Game,’ Kim Jong Un was busy giving a hard time to people watching the K-drama in North Korea. A North Korean man who had been charged with smuggling and selling the action-thriller series in the country was sentenced to death by the North Korean government by firing. It all began when a high school student carried a USB drive having the show to his school and watched it with one of his friends. As the news circulated within the institute, they ended up getting caught, and the student who was the owner of the USB drive was punished with life imprisonment. 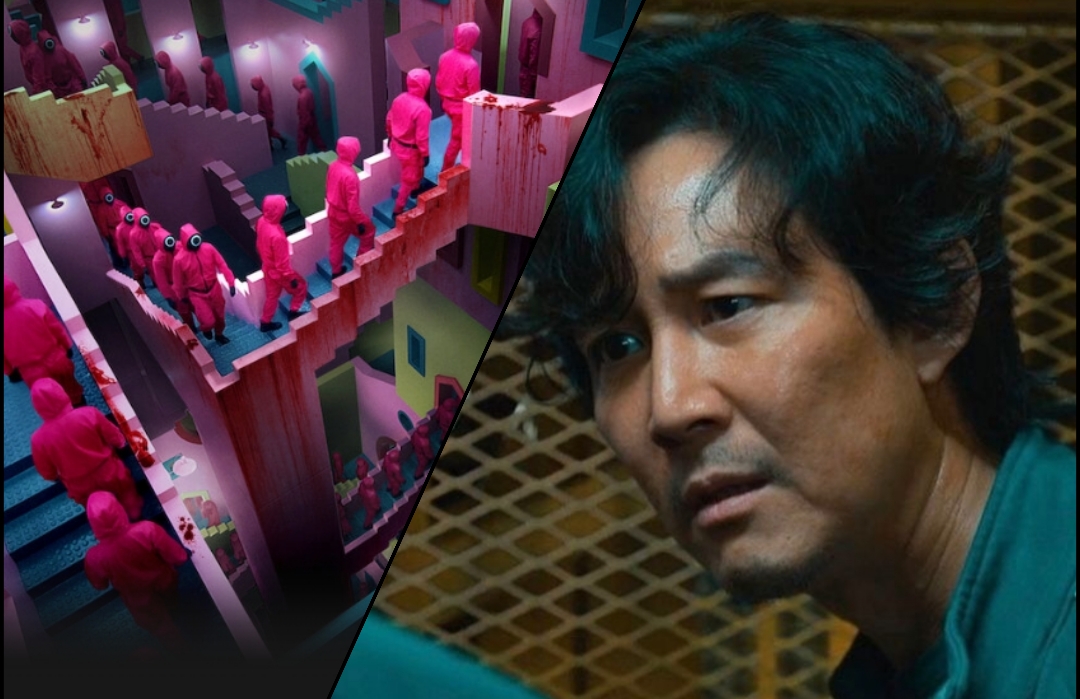 It was very harsh of them to ruin a teenager’s life just because he broke one of the nation’s rules. Could the North Korean government be any crueler! Moreover, another six high schoolers who had been caught watching the show have also received hard labor for five years as punishment. This was the first time Kim Jong Un took such inhumane actions against the minors, and the reason for the same was stated to be a preventive action to stop the North Korean teenagers from neglecting their education. Along with the pupils, it had also been reported that the supervisors were ought to be punished as well by getting them fired from their jobs and banished to work in deserted mines.

Probably no sane country can compete with North Korea when it comes to having terrible laws and totalitarian laws that the government imposes on its citizens. They follow their own set of unbelievable rules, which will make you thankful for not being a citizen of that country. While everything works on the will of their leader, which includes not being able to have your own choice of hairstyle or watching the only three channels chosen by the government, the country is still known to be a democratic one, where everyone votes to the only standing candidate, Kim Jong-un! 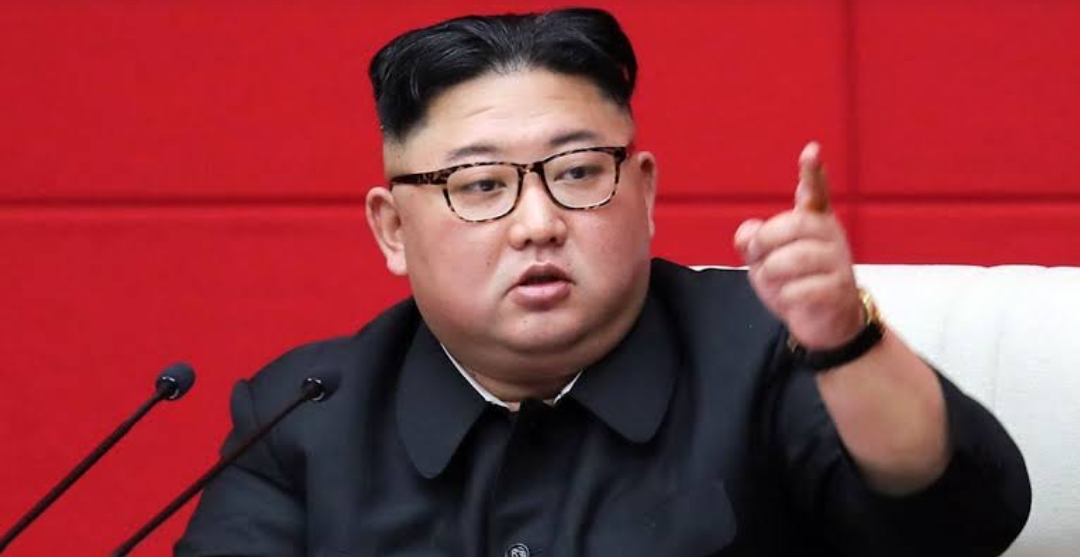 On the occasion of the 10th death anniversary of the former leader, Kim Jong-il, his son has declared 11-days of mourning during which the people of North Korea aren’t allowed to laugh, shop, or drink liquor.

Also Read: Top Eight ‘Comedy K-Drama’ That are Funny From Day One!