From being out-of-the-world-pretty to being extreamly talented, Jisoo has proved time and time again that she is an iconic queen! 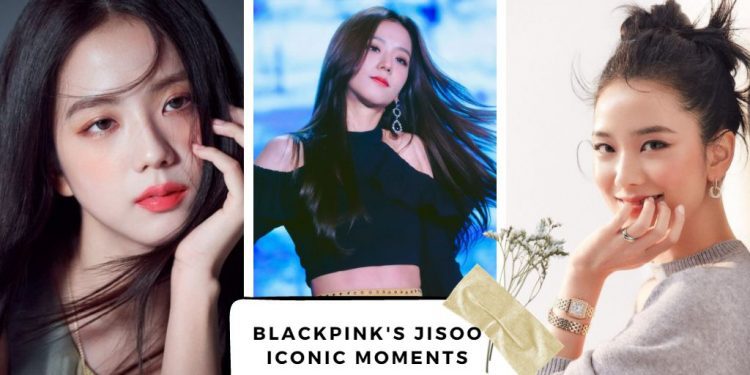 Today is the birthday of our adorable Sooya, aka Blackpink’s Jisoo! Undoubtedly, you could already smell the magic in the air! There’s no wonder why the 3rd of January is one of the most festive days of the year. Jisoo herself took to Instagram and posted some adorable childhood photos that just go to show she had been this cute ever since she was a child. From putting big Billboards advertisements of Jisoo to holding big events and donating a lot of sum of money, like every year, blinks didn’t fail to impress us by how much they could go for Jisoo. Along with blinks, the Blackpink’s members too also posted heartwarming wishes for their Unnie.

People all around the world have been falling in Love with this heartthrob. Her visuals are so magnificent that you, at first sight, you wouldn’t believe that she is a real person. Besides being one of the most legendary visuals of kpop, Jisoo is known for her husky, deep, and soothing vocals. If that wasn’t enough, the star can rap and dance splendidly as well. Talents aside, Jisoo is a very fun and outgoing person. She has taken many funny moments of kpop under her. Basically, Jisoo is an iconic queen who is too good for this world. In this article, we will be taking a look at some of the best and iconic moments of Blackpink’s Jisoo in honor of her birthday!

1. Whenever She Ate Vocals For Lunch

It is quite obvious that Jisoo is one of the best vocalists in the kpop industry. If you like voices that her healing but can be fierce at the same time, Jisoo’s voice will be your cup of tea. Her covers are always legendary. Jisoo’s cover of Tove Lo’s Stay High and Zedd’s Clarity. Moreover, did you know that Jisoo had auditioned for YG Entertainment with Zedd’s Clarity? Not to forget how she and Rosé literally outsold Justin Bieber with their cover of Love Yourself.

Her high notes are chef kiss. Also, no one will be able to get over her vocals in Don’t Know What To Do. During Blackpink’s online concern last year, when the pinks were performing Don’t Know What To Do live, Jisoo ate up the vocals and left no crumbs. While performing the hard and sweat-soaking choreographies of Blackpink songs, Jisoo is pitch-perfect. The audience needs to be reminded repeatedly that she ain’t lip-syncing and her mic is ON. Also, counting Rosé’s acting skills in Lovesick Girl’s bridge, Jisoo’s vocals were the magical touch to part. With her vocals, Jisoo has been making haters bow their heads down in shame when they say, ‘Jisoo is just a visual.’ She is going straight for You.

2. Blackpink’s Jisoo Aka The Visual Queen

Ever since the Blackpink girls have debuted, one specific member has been making statements with her heavenly beauty. Unspurisngly, that member is Jisoo. At times the kpop star gives off mature and luxurious vibes with her looks. And at other moments, you wouldn’t be able to handle how cute she can be. There are many instances where the Blackpink member Jisoo went viral for her breathtaking visuals. No one can forget how angelic she looked during the Melon Music Awards in 2018. Everyone can’t also forget how amazing she looked at SBS Gayo Daejun the same year. She hit us with that Ddu-du Ddu-du!

Other than her appearance at wards shows, Jisoo keeps making headlines with her extraordinary beauty. Remember how she went viral for breathing! Yes, you read that write; Kim Jisoo went viral for breathing. Korean netizens and international fans alike couldn’t stop saying how the girl group member fave off actress vibes in the video. One more honorable mention for when people started praising Jisoo is when Blackpink performed at Coachella. After the girl group’s performance, people rushed to the internet to search for the ‘read-haired girl.’ Naturally, blinks wouldn’t find a hard time while searching for a photo for their birthday post for the Blackpink member Jisoo!

3. Jisoo Being The Mom Of Her Group

Being the eldest of her group and because of her caring nature, Jisoo easily is called the mom of her group. The members always look up to her when they are in times of need or want some help. Jisoo has talked about taking up the responsibility of caring for her members because of one reason. She says that as she started her trainee year later than any of the members, she was able to enjoy and make memories with her friends and lived the life a teenager would want to. However, the other Blackpink members weren’t able to enjoy their childhood and had already entered the harsh world of idol training, so Jisoo never missed a chance to comfort the girls.

As you might already know, Jisoo was very supportive to her Blackpink members during their solo debuts. When Jennie was performing her solo song Solo, Jisoo had a proud mom moment and was close to tears. She even supported both Rosé and Lisa throughout the filming and promotions for their solo songs. Maybe that is why the Blackpink manners were one of the first people to wish Jisoo on her birthday this year, i.e., 2022.

In 2022, Jisoo starred in Snowdrop, aka, the most-awaited kdrama since 2020. Hardcore blinks might know that Jisoo had first auditioned for UG Entertainment to become an actress but took the route of becoming a kpop idol instead. Fans are proud that Jisoo has made it into the acting gig and completed her first dream. Actress Jisoo has been winning over hearts with her versatility. Unless you are told, you wouldn’t be able to realize that Jisoo is a rookie actress. Acting as Young Ro, Jisoo has proved that her acting skills shouldn’t be taken lightly. Young Ro is an innocent and pure-hearted girl who gets trapped in a close to death situation. Viewers still don’t know whether she and her fellow students will make it to the end of the story safely.

Set in the year 1987, the kdrama tells the tragic love story of a North Korean Soo Hoo and the ANSP’s director’s daughter Young Ro. It looks like that her co-star Jung Hae In, had also sent her an indirect birthday wish to Jisoo. He had posted a picture of the paper airplane (that has a lot of significance in the kdrama). Furthermore, what are you waiting for if you haven’t started watching the K-series till now? Besides having a terrific and thrilling plot, the kdrama has an array of talented actors and actresses that will make you say yes to the K-series. The cast of Snowdrop includes many people who have worked in SKY Castle, such as Yoon Se Ah, Kim Hye Yoon, the director Jo Hyun Taek and screenwriter Yoo Hyun Mi. It also includes veteran actors and actresses like Yoo In Na, Jang Seung Jo, and Jang Eugene. Take a look at the kdrama on Disney+.

5. Jisoo Is The English Master

Whoever is a fan of Jisoo must know how the kpop star turns on her savage mode whenever she talks in English. Firstly, let us talk about ”I’m Jisoo, I’m Okay”. This phrase has been all over the internet ever since Jisoo said it in Blackpink’s reality show ‘Blackpink House.’ When the kpop band went out for ziplining, Jisoo, who is scared of heights, couldn’t help but back out. And when asked about how she felt, she uttered the iconic lines ” I’m Jisoo, I’m Okay’. The second prize of Jisoo’s most iconic lines must go to ‘No! He’s my son!’ When a fan asked Jisoo on a vlive that if they couldn’t marry her, they could marry her pet dog Dalgom. Jisoo got protective over her Maltese dog and declined the fan’s request straight-up. Hilariously, she said, ”No! He’s my son!”. Even Lisa broke into splits of laughter when Jisoo said this.

Another iconic English line of Jisoo is ”Not band but not good”. When she and Jennie made some homemade candy, she honestly rated her and Jennie’s cooking like so. She’s also known for the iconic line ‘It’s a pity”. This phrase is famous as Jisoo says that it is her favorite sentence in English. She sure is hilarious. We hope that the 27-year-old Jisoo has another fun-filled birthday this year.