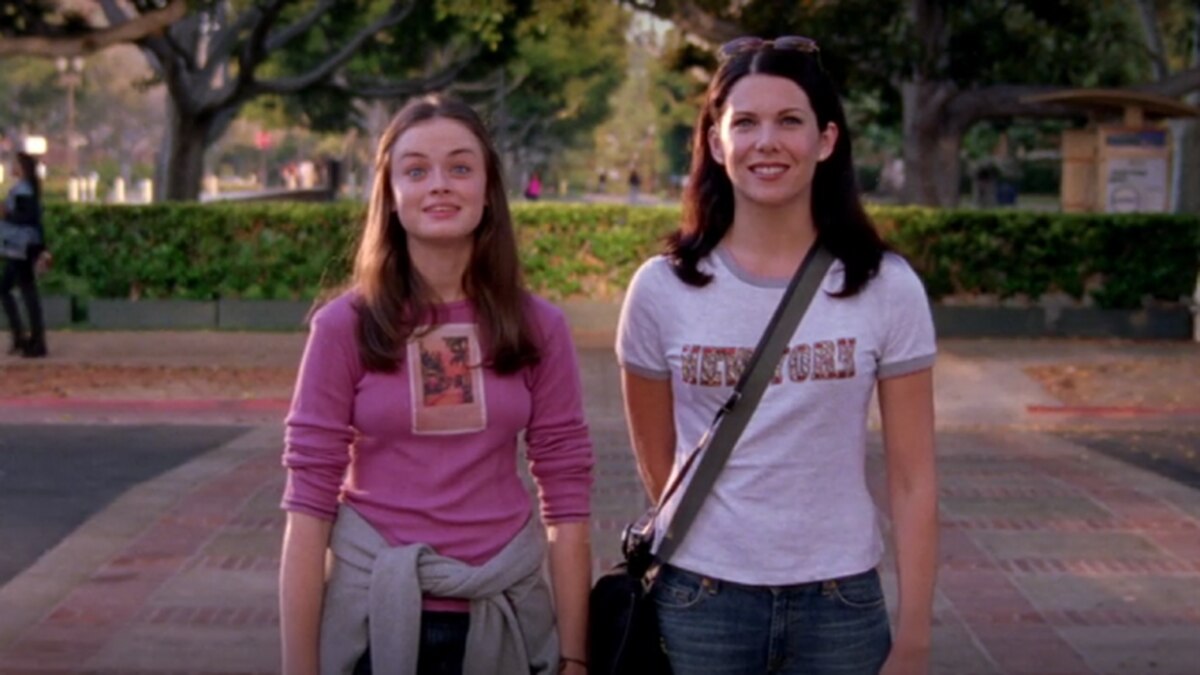 The coffee-chugging, sarcasm-loving, The Bangles-obsessed Gilmore Girls have been stealing hearts ever since their initial appearance in 2000. Needless to say, in 2020, people are still as taken with them as ever. Featuring Lauren Graham and Alexis Bledel in the lead, the show went on to secure a seven-season run up until 2007, with a special Netflix season – A Year in the Life – dropping in 2016. The series is beloved by many and has been a huge part of their lives. Gilmore Girls has moved past time and age and stands as a testimony to Amy Sherman-Palladino’s genius to date. All this said and done; some episodes stand out more than the others. While it is quite difficult for us to play favorites, you know we would do it all for you! So here it is, 10 episodes of Gilmore Girls that you should stream right away! 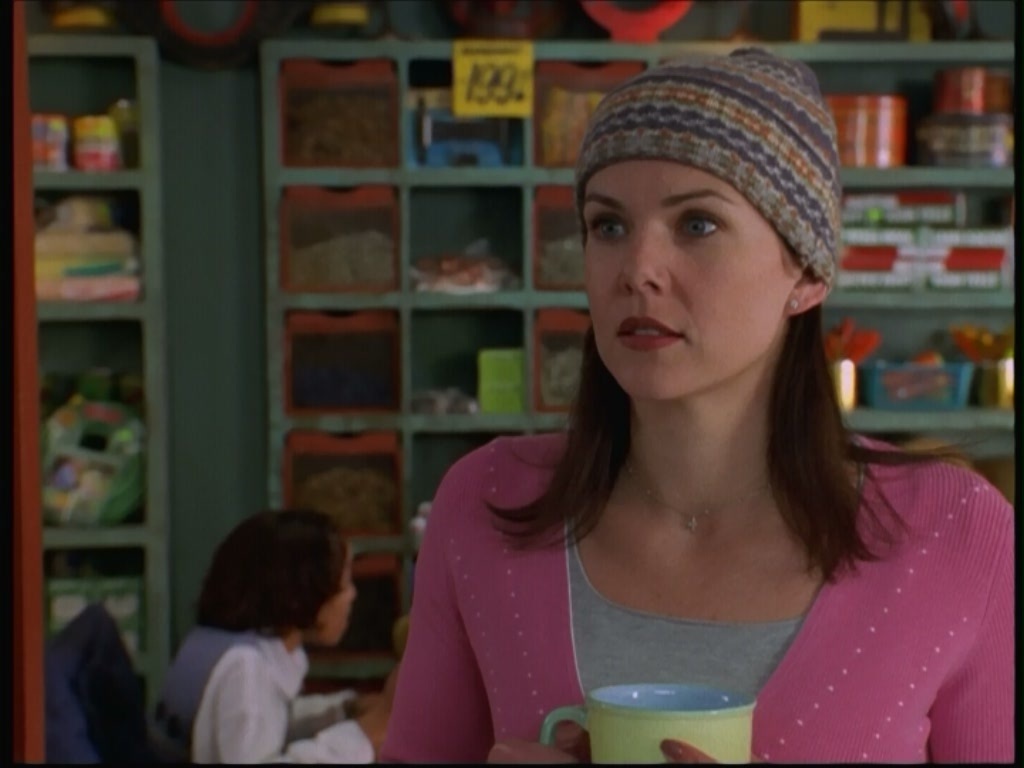 What would be a better way to start this list off than the very beginning? On the 5th of October 2000, we witnessed one Lorelai Gilmore demand coffee, and life was never the same ever again.

The Pilot episode of Gilmore Girls is special not because it kicked off something close to our hearts but because it really was one of the best made in the series. We knew exactly who these characters are right from the very start, and only very few shows have made this happen. And who can forget the iconic exchange between Luke and Lorelai, which goes something like this:

Lorelai: Please, Luke. Please, please, please.
Luke: How many cups have you had this morning?
Lorelai: None.
Luke: Plus…
Lorelai: Five, but yours is better.
Luke: You have a problem.
Lorelai: Yes, I do.
Luke: Junkie.
Lorelai: Angel. You’ve got wings, baby.

If this does not make you want to jump on the bandwagon, we don’t know what will. 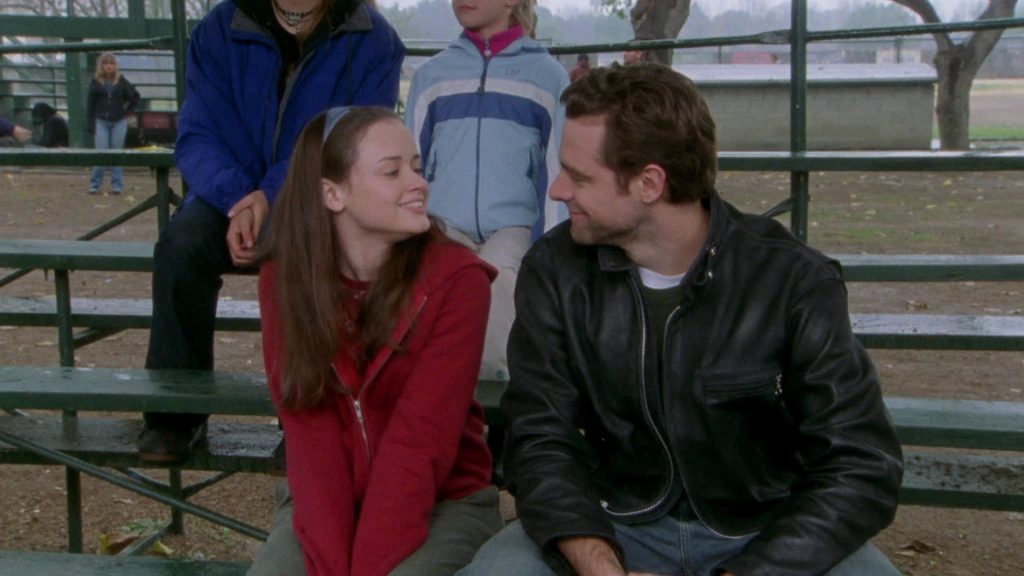 Character introductions always get to us. Especially if it is the introduction of someone important like Rory’s dad, Christopher Hayden. Remember what we told you about knowing the characters right the moment they are introduced? Yeah, that still holds.

Zooming into the scene on his motorbike, Christopher is one dude to look out for. The episode is not only hilarious and witty, but it also highlights some critical plot points. Some of them are Rory and Lorelai’s relationship with Chris and his parents’ role in all of their lives. The episode also cements the bond between Lorelai’s parents and their granddaughter.

Considering all this, it is fair to say that this episode of Gilmore Girls is a win for us all. 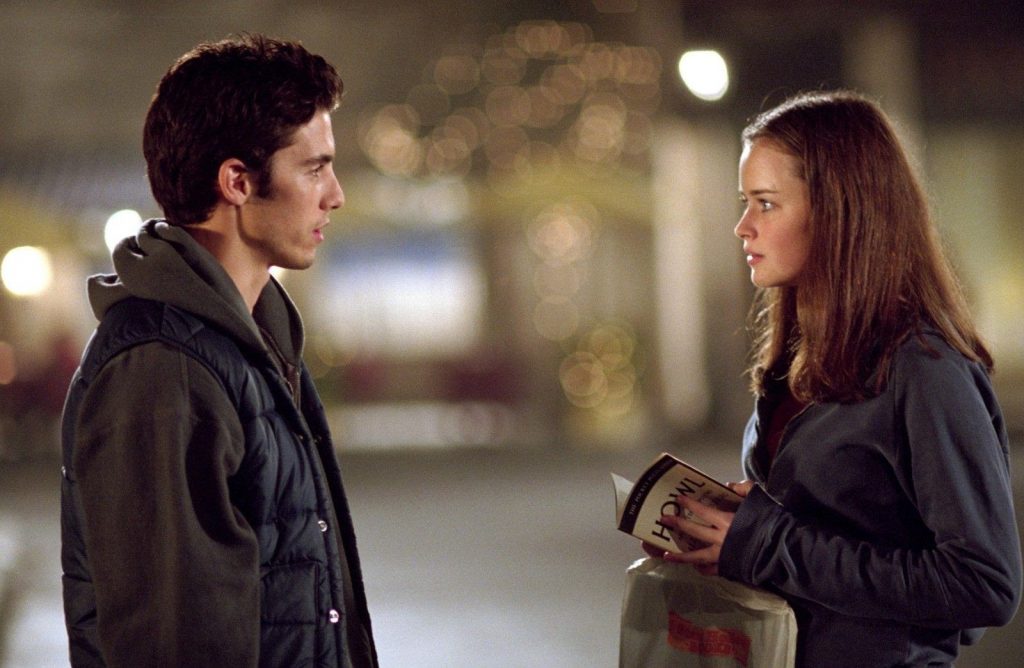 Now, let’s get one thing straight here: it doesn’t matter if you are on Team Dean or Team Jess; we call all agree that this is another Gilmore Girls episode that sweeps us off our feet every time we watch it!

Jess Mariano, portrayed by Milo Ventimiglia, is one of the best-written characters in the show, and we stand by this! But Nick & Nora/Sid & Nancy is not special because of this reason alone. The episode helps us get a better look into Luke’s life and family – something that meant a lot to many fans since he is seen as someone that is always on guard with his life. Of course, we see more of this as the series progresses, but this episode was a milestone of sorts. 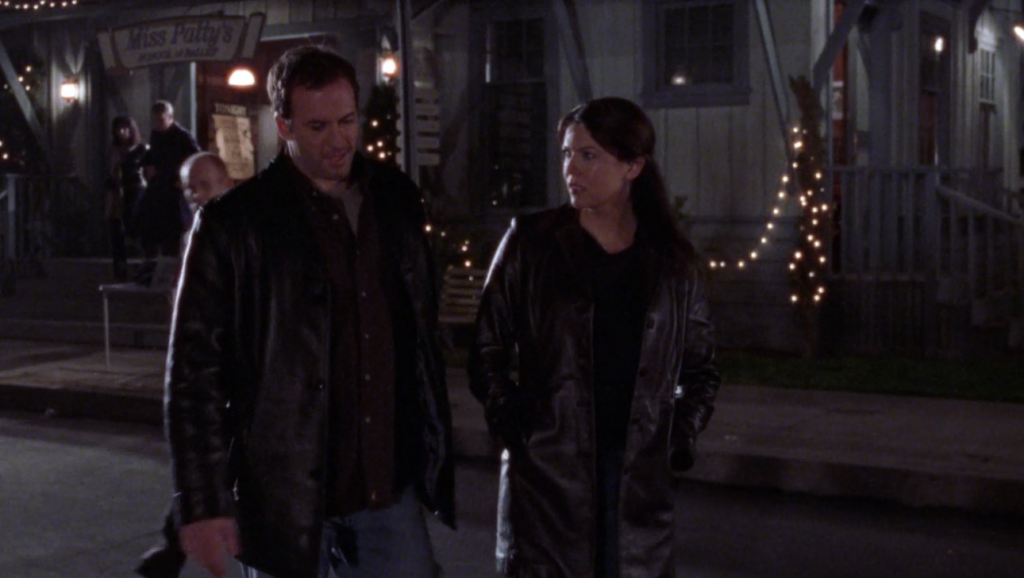 This is one of the best rated Gilmore Girls episode, and we ain’t complaining! This episode is like the entire essence of the series in a nutshell, and you will know what we mean when you finally watch it.

Apart from the hilarity that comes from the inn’s guests moving into Lorelai’s house on account of a fire, there is also one major plot point that makes this episode all the more important. If you’ve already watched the show, you probably know what we’re talking about. Yup, one tough decision Rory has to make finally is choosing between Yale and Harvard. But again, not to spoil anything for you here, but the twist here is one you should keep your eyes peeled for. 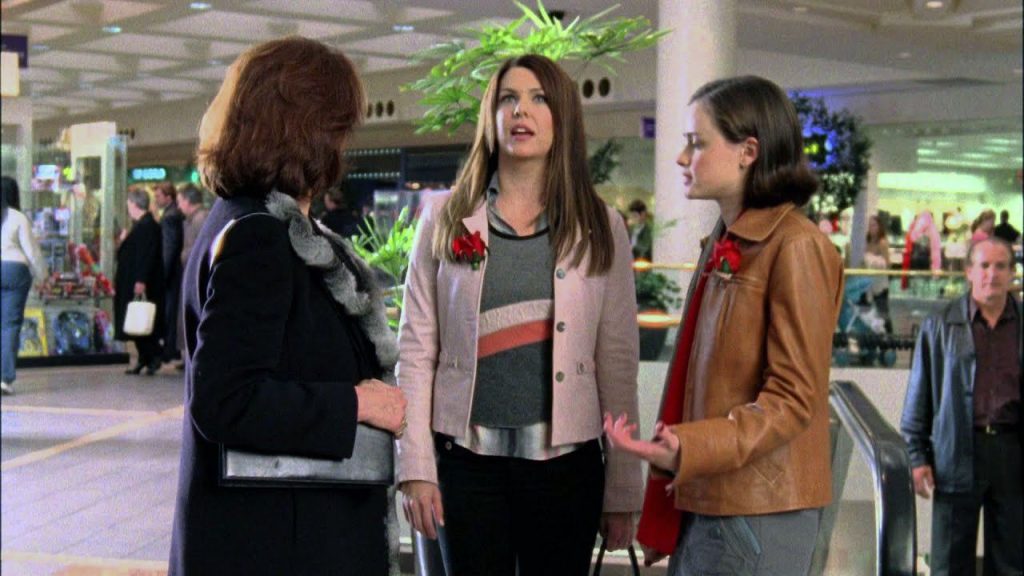 The scene in a Mall

We love a little Gilmore Girls bonding time, especially if it involves the third Gilmore girl – Emily. This episode gives room for quite a bit of that, and we are grateful. Apart from this, we witness what good old Dean is up to, and we still don’t know what to feel about this – almost a decade later.

We also get to see life turn around for another one of our favorite characters. We are talking about Lane Kim, indeed! Fans finally see Lane begin to live the life we always knew she was destined for. With her new apartment and roommates, we get to see a new character arc take shape. Good for you, Lane! 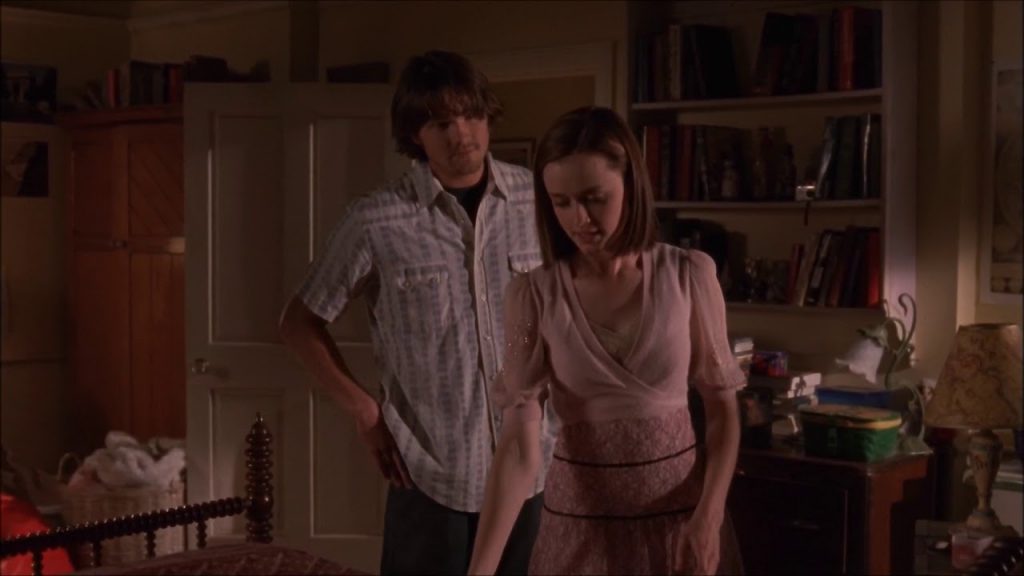 The boy isn’t this one episode that fans have a lot of things to say about! For starters, it sees the return of the boy all of us love to hate – Dean. While Dean and Rory’s relationship had been doomed since the very beginning (insert Donna Reed incident), this episode marks the happening of something major. We won’t reveal much on here, but all we can say is, be prepared.

Raincoats and Recipes also feature some turmoil in the Gilmore household with Richard and Emily’s separation, giving us all the drama we need. 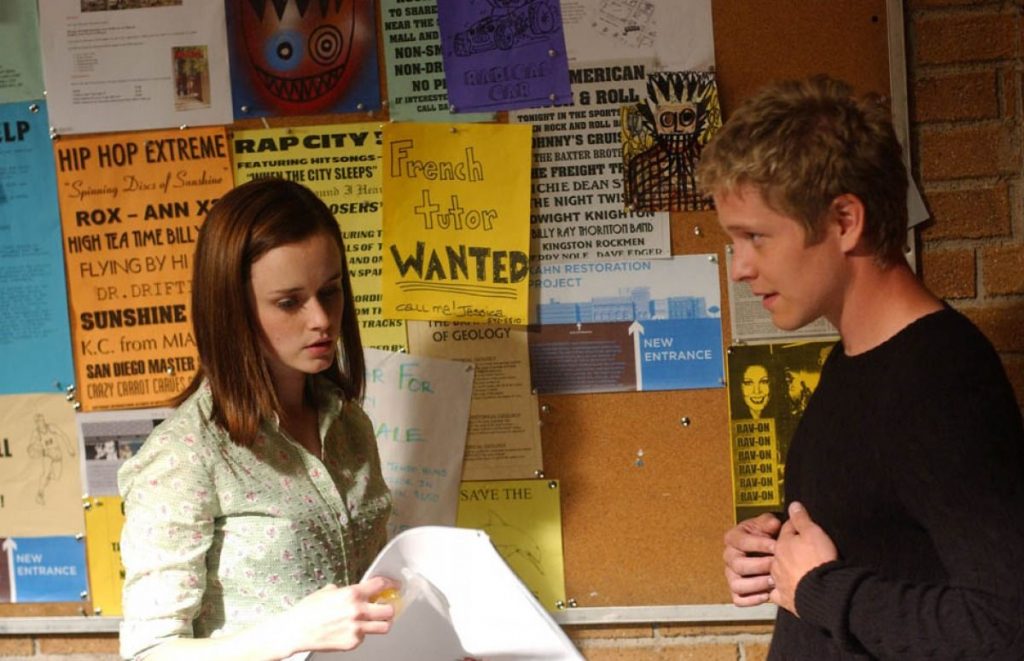 Written in the Stars

With this episode, we can all collectively scream LOGAN HUNTZBERGER!

We’ve already mentioned Team Jess and Dean, but there is another part of the fandom away from all this, and that’s Team Logan. Logan’s character is one that is sophisticated and intelligent, and we are made to fall in love with him right the moment he appears on-screen. This is one of the best episodes on here because it’s brought this beloved character into our lives. 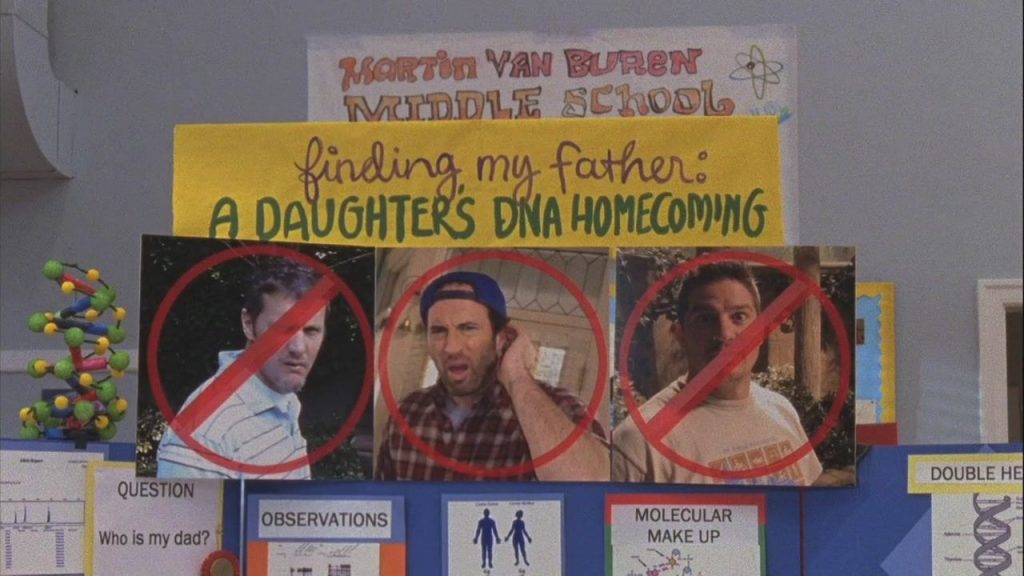 Drama once again, guys, gals, and non-binary pals! And oh, you are so not ready for this one!

The Prodigal Daughter Returns is a great episode because it was a turning point in the Luke-Lorelai relationship arc and Luke’s individual storyline. With this episode, we are introduced to Luke’s long-lost daughter April Nardini – a daughter she never knew he had in the first place. Are you shocked? Because we were too.

The episode features the character in a fun and warm way, and the feeling can only be experienced first hand. 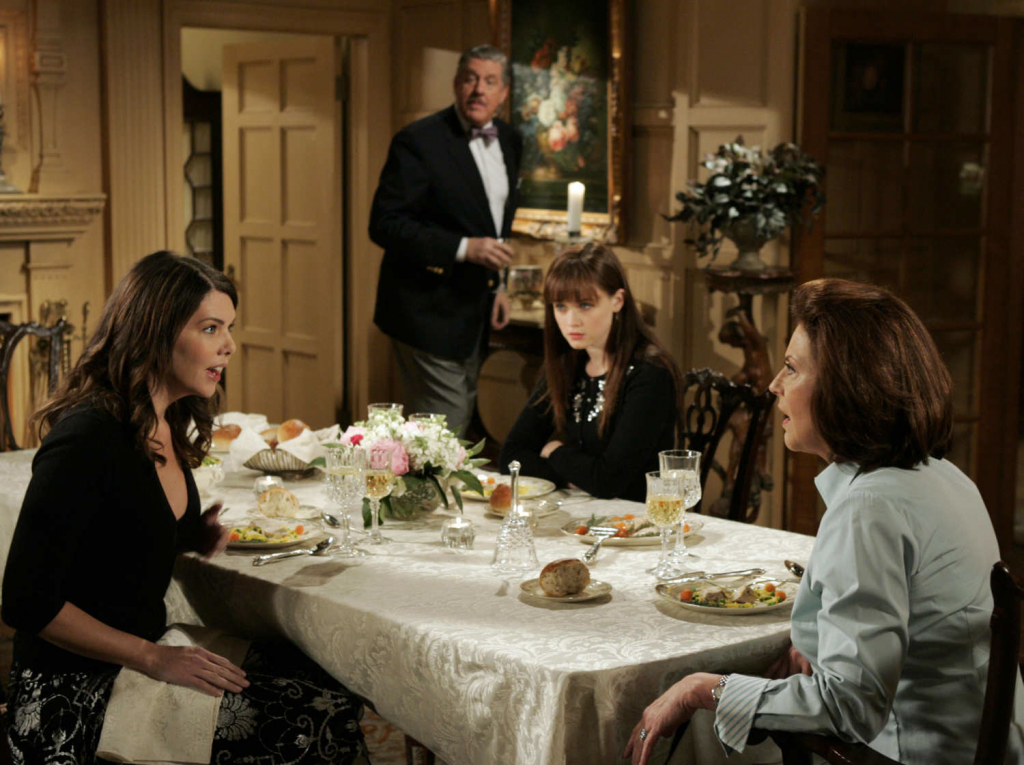 This is one of those episodes that reminds us that Rory is, in fact, human and can make mistakes.

In Friday Night’s Alright for Fighting, we see the Gilmore family dynamics unravel a little further. We have seen them constantly keep their feelings to themselves and hide almost everything from each duo until that point. This episode is important because we see them being honest with each other for the first time in a long time, although things go downhill pretty quickly.

The episode also gives us a peek into Luke and Lorelai’s stance on their relationship now that April is involved. 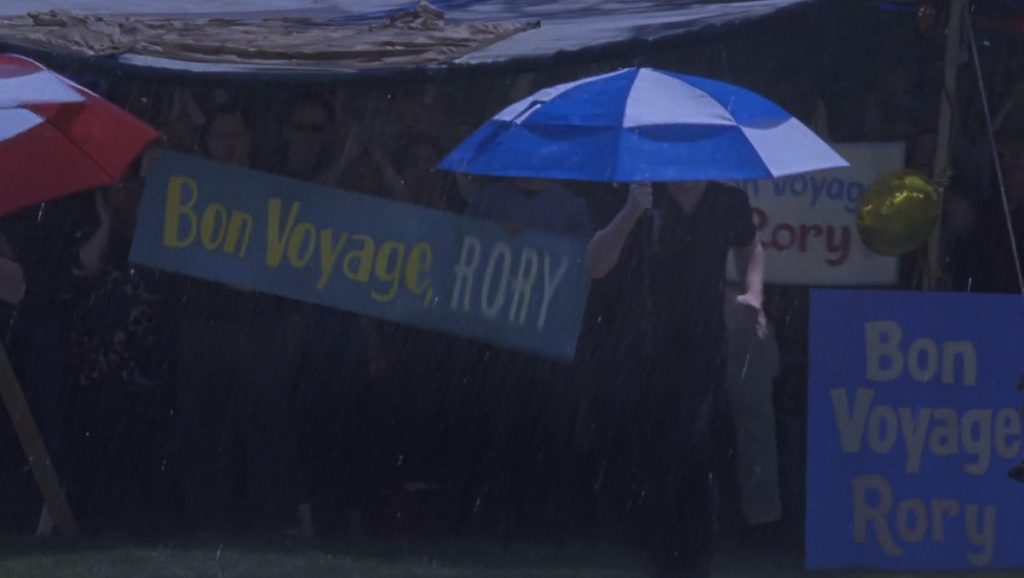 Get the tissues ready because it is time for some waterworks. There is a beginning, and an end to everything so is it with Gilmore Girls. Bon Voyage will go down in history as one of the best-loved episodes of the show because it managed to make even the toughest of us weep like a kid. Marking the end of an era, the episode tells us where each character will go long after we’re done with them. The series’ seven-season stint came to an end with this, and fans weren’t really ready for it.

Bon Voyage not only bid adieu to Rory as she prepared to leave on her journalistic expedition but also to a show we have all come to hold so near and dear to us!

Read More: Never Have I Ever Season 2 Release Date for Netflix – Will Nalini Move Back to India