French action tragedy film “Athena”, directed by Romain Gavras, popularly known for directing music videos for high-profile artists like Kanye West and M.I.A made its streaming release on Netflix on 23 September 2022. The film had its world premiere at the 79th Venice International Film Festival, where it competed for the highest prize given to a film at the Venice Film Festival called, the Golden Lion award.

The cast includes Dali Bensalah, Sami Slimane, Anthony Bajon, Ouassini Embarek, and Alexis Manenti. Ladj Ly known for being the director and screenwriter of the critically acclaimed French drama film “Les Misérables” collaborated with Gavras and Elias Belkeddar for the script of Athena.

The ending of the film left viewers feeling unsettled and disturbed. The politically charged film places the family drama between the three brothers at its core. Let’s break down the film to understand the fate of the three brothers.

The killing of 13-year-old Idir by two people dressed as cops caused major unrest in the French suburbs. The circulation of a video showcasing the gruesome act turns the neighborhood of Athena into a battlefield. The plight of Idir’s three brothers, who hold different worldviews following his death, forms the rest of the story.

Abdel, a French soldier who has just returned from Mali believes the justice system will hold the ones responsible for his brother’s death accountable. Karim, unlike Abdel, is against the authorities and forms a rebel army to force the police to take action. Moktar, on the other hand, who is Idir’s stepbrother, is the least bit bothered by his death and is more concerned about the fate of his drug business amidst the unrest in Athena.

Athena Ending Explained: What Happened to the Three Brothers?

Karim leads an army of youth against the authorities and believes he will be able to bring justice to his dead brother through the uprising. Karim’s difference in beliefs from his brother Abdel is evident from the start of the film when he interrupts the public gathering where Abdel demands police action by lighting a Molotov cocktail. Karim leads the youths to commit acts of terror across the city, but he doesn’t lose sight of his original cause, which is to find the culprits behind his brother’s untimely death.

Abdel is against the method chosen by his brother Karim and helps innocent people evacuate. He is also tasked by his mother to protect Karim, who she believes to be emotionally weak. Abdel is shown trying to bring his brother to the side of the police to end the chaos in the city.

Moktar, seeing the widespread destruction in Athena, decides to leave the city. He contacts the policemen he’s on good terms with to help him escape the riot zone and to safeguard his drug business. Karim eventually realizes disruption isn’t the way to get answers and plans to hold policemen hostage to pressurize the authorities into giving him the names of the people behind Idir’s death.

Jerome, an anxious policeman traveling to the riot zone, is trapped by the rioters. The authorities use Abdel to diffuse the situation as they know he’s on their side. Abdel agrees to their demands to protect Karim from the authorities. Abdel enters the estate to help Jerome and convince Karim to stop his fight. Abdel runs into Karim while he’s trying to escape with Jerome, and they have an emotional showdown where Karim accuses Abdel of being a puppet to the authorities.

Moktar, who realizes rescuing the two could help him leave Athena easily, helps Abdel and Jerome escape to his place. Moktar calls his police contacts and asks them to come to get Jerome while Karim blackmails them into handing over the policeman with a Molotov in his hand. The police arrive, and instead of saving Jerome, they kill Karim to end the revolution.

Abdel finally opens his eyes to the grim reality of his circumstances as he loses two of his brothers to police violence. Losing control over himself, Abdel punches Moktar to death and takes over the rebellion started by Karim. Abdel threatens the authorities to reveal the names of the culprits behind the deaths of his brothers in exchange for Jerome’s life. The police revealed that an anti-crime squad was behind Karim’s death and right-wing extremists who were disguised in police uniforms were the ones responsible for Idir’s death.

The situation quickly escalates when Abdel enlists the help of retired bomber Sebastian, who bombs down the entire estate with gas cylinders present in the area. The rioters, shocked by Sebastian’s actions, surrender themselves to the police. Jerome leaves with the rioters.

Abdel realizes the situation is beyond his control now. In contrast to the values he held during the beginning of the film, Abdel is now a broken man who lost all his brothers to the system he once firmly believed in. He rests in a room in resignation while the news on the television informs him about the start of a civil war in France. Having lost the will to survive, Abdel waits patiently for his death as the building he’s in crumbles down as a result of a series of cylinder explosions.

“Athena” is a pessimistic tale about the loss of faith in the justice system, which leads to a collective lack of hope in a community. The rise of racial violence against immigrant communities in France is showcased in the movie. The citizens live in fear of the very institution that was established to protect them. “Athena” comments strongly against the hate and violence spread by the ones in power. 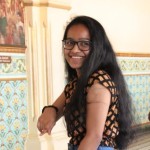