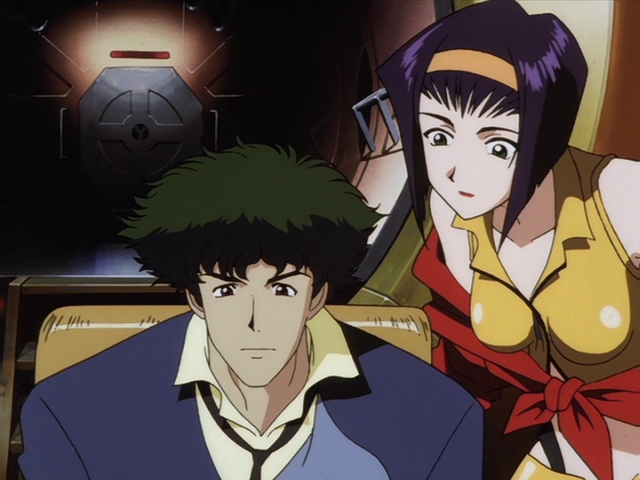 Cowboy Bebop, as fans know, came out back in 1998. Shinichiro Watanabe is the director of the show and his anime show has literally gone on to defy the genre and establish itself as a whole new beast of its own. As of right now, it looks right because 20 years later, this anime series is still in conversation and the world is loving it. The genre of Cowboy Bebop is a perfect blend of science as well as fiction with film noir and thrill. It also has employed dark along with dense structure. Also recently, even Netflix, the streaming giant, was pretty interested to make a live and action reboot of this anime show. Thus, we think it is a great time to wrap up other shows that hold a similar theme as Cowboy Bebop and mention them all here for you. These are the best Anime Like Cowboy Bebop to watch right now.

Well, we have witnessed that Cowboy Bebop has gained immense success in two main areas. The first is the fact that it has stylized as well as action scenes that have been executed perfectly. The second one being the themes of boredom with the elements of existentialism. Thus, Bebop and One Punch Man have a lot in common if keep these areas in mind. In this show, we see the story of Saitama who is a hero for fun.

Although, the man is pretty powerful that he can reduce each of his enemies to pieces with the help of just a single punch. But we see that he is going through an existential crisis. After he has achieved his dream of being the ultimate hero, the thing that is left for him each day is just a dull slog. Here, we see that there are no obstacles left for him to go through.

At this point in time, when the life and action reboot of Cowboy Bebop has rejuvenated the 90s beyond the sphere of animation, we have had another sort of 90s nostalgia and it Megalo Box. This show serves as a successor to Ashita no Joe from the 70s. This anime series also pays tribute to the aesthetic that was prevalent at that time.

It has managed to do so with its art as well as animation which is designed to look as if it was made with a traditional pre-digital cell for animation. Even though this was not the case, it looks pretty convincing that it does. The plot of the series is all about a boxer rising through the ranks. Although, when we see the gorgeous fight scenes as well as its world of Mad Max junk piles, it feels like the neighbor of Cowboy Bebop is a science and fiction world.

This animated movie can be considered as the biggest as well as the darkest and one of the most inspirational films that have ever been created. Akira has brought forth a potential twist in everything out there. Even the people who have created The Matrix franchise have revealed that their films would never have existed if Akira had not released before it. Obviously, this is something that a person finds hard-pressed when they hear that a single work of Japanese animation is more vital.

As for the tale, it is gritty as well as noir and a cyberpunk story that is set in a pretty dark future. In this place, the rules of the place are very less and all the fights are big. The film has been creatively designed by a team of crack animators and has even employed a bleeding style as well as substance. This story surely has a lot to share with our beloved Bebop in theme as well as style.

This can be a clear choice of the audience after they are done watching Cowboy Bebop. It is because Samurai Champloo was the follow-up show created by the director of Bebop, that is, Shinichiro Watanabe. It was released six years after Cowboy Bebop ever happened, in 2004. Champloo has employed every bit of visual style as well as the unique animation flair of its parent show. All this while, Samurai Champloo takes place in feudal Japan rather than taking place in future space. Although, absolutely nothing was lost in that period of time. There is even hark as well as an amazing style of direction that is very similar to its freshman show. Also, the audience is provided with a bold hip hop soundtrack that comes with a lot of gratuitous gore. Champloo can be considered as a more than worthy successor to the greatness set by Cowboy Bebop.

Ghost in the Shell

This anime series is surely an aesthetic of cyberpunk science as well as fiction. The show has also employed a perfect blend of themes including identity and purpose as well as existentialism. The most important fact is that the show looks pretty gorgeous. Ghost in the Shell is something that all the fans of Cowboy Bebop could ever want and vice versa. This tale began its journey in the form of a potential manga and later was converted to a 1995 film. But back in 2002, a series titled Ghost in the Shell: Stand Alone Complex came out.

There is a very rich history in the show that comes in a package deal with a great story. The show even has employed deep as well as dark themes with a soundtrack that can water someone’s mouth and is even enough to watch alone. Everything that is ambitious and possible in the world of science, as well as fiction anime, has been put together in this anime show right here. Also, if you guys want to get started with this franchise, it is advised to watch the 1995 film at the first instance.

Well, we all know that China, right now, is doing some pretty scary stuff with its surveillance technology and it is the kind of stuff that was already envisioned by Orwell in his magnum opus back in 1984. This was stuff that a variety of us always thought would prove to be fiction only. Well, if you see where this line of thinking is capable of taking us, you are welcome to Psycho-Pass. This anime show is everything – nasty as well as dark and gritty with a grizzly dystopian noir drama with science as well as fiction.

This show is certainly made for the people who love the tone created by the famous Watanabe in his darling show, that is, Cowboy Bebop. Also, we know that Bebop generally leans towards the more charming and fun side of action, the show still has a lot to say in order to get its audience thinking about all their place in the world. Psycho-Pass is thus very, very similar to Cowboy Bebop.

Read: List Of Anime That Zombie Fans SHOULD be Watching in 2021