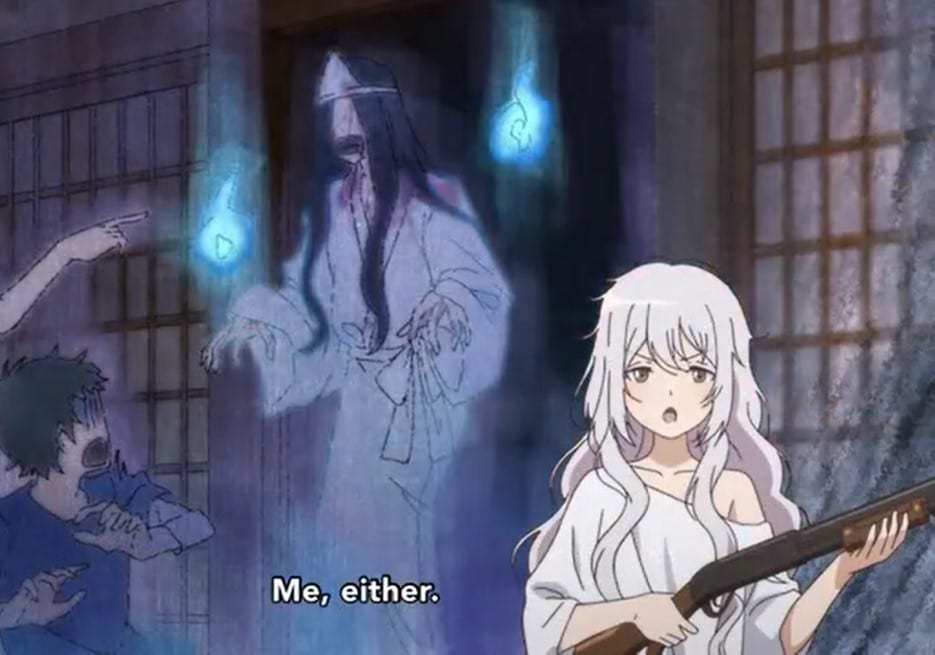 Like always, the Duo continues with exploring the adventures and solving mysteries. In their last adventures, they headed to the Otherside and encountered the Bigheads. Sarao comments that it good that they are alive even though they did not get what they went for. On her way to meet Nishina, Sarao had a vision of leaving Nishina to the Otherside. If she doesn’t do that, she will be trapped forever when she comes again.

The two met at the restaurant, and Sarao talks about the incident. She told Nishgina that they might end up dead by going to the Otherside. Nishina said that Satsuki might be in danger, and she is trying to save her. Sarao said that it had been three months ever since Satsuki is missing. She wanted to say Satsuki is not alive, but Nishina interferes and says she is still alive. Nishina asks Sarao to help her find Satsuki, and Sarao is worried for their safety. 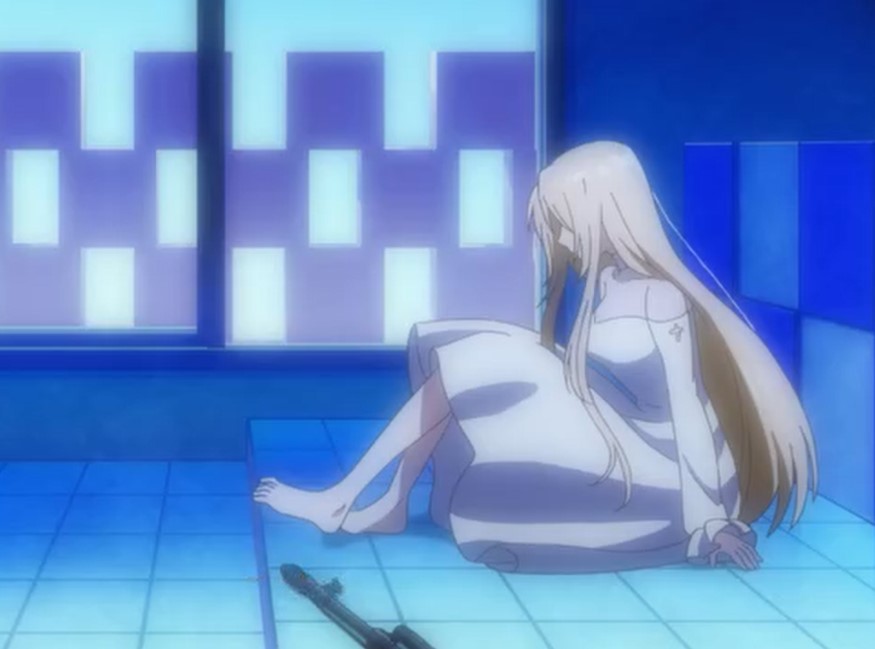 Sarao comments, why do they have to risk their life for someone she has never met. Nishina became speechless and left Sarao, who told her it is not what she meant. That was the last day the two saw each other. Sarao visited Zarao and talk about Nishina. Sarao reveals that something happened the other day when she returns and opens the door. The Space-Time Man kept getting mad at Sarao, and she continues to get scary SMS.

Saro said she is worried because Nishina has gone to the Otherside alone. Nishina asks Kozaharu if she can come with her to look for Nishina. Kozaharu responds that it is dangerous and she can go alone. Sarao asks if Kozaharu is not worried about Nishina. Kozaharu replies that she doesn’t do field work anymore, and she asks Sarao to give her cellphone. She goes through her cellphone and finds some pictures that Sarao is surprised where they are coming from.

Kozaharu said the pictures were taken on 14 May before the ugly face. Sarao realizes that was the day she last met with Nishina. Sarao started to ask herself which is that lady in the picture. Kozaharu reveals that it is Uruma Satsuki that Nishina is looking for, and they hear a doorbell. Kozaharu looks at the camera and saw two skinny guys with a fat old hag. The old hag commented that she wants to talk with their neighbor, and Kozaharu thinks something is wrong.

Sarao comments that it reminds her something about Space-Time Man. Since they are not opening, the old hag started banging the door. Kozaharu took out her rifle and asked Sarao to open the door. Sarao asks why it has to be her. Kozaharu comments that she is the one who will get rid of the problem. Sarao opens the door, and when they look outside, they find no one. Suddenly they just got attacked by a giant old hag that wants to swallow them. 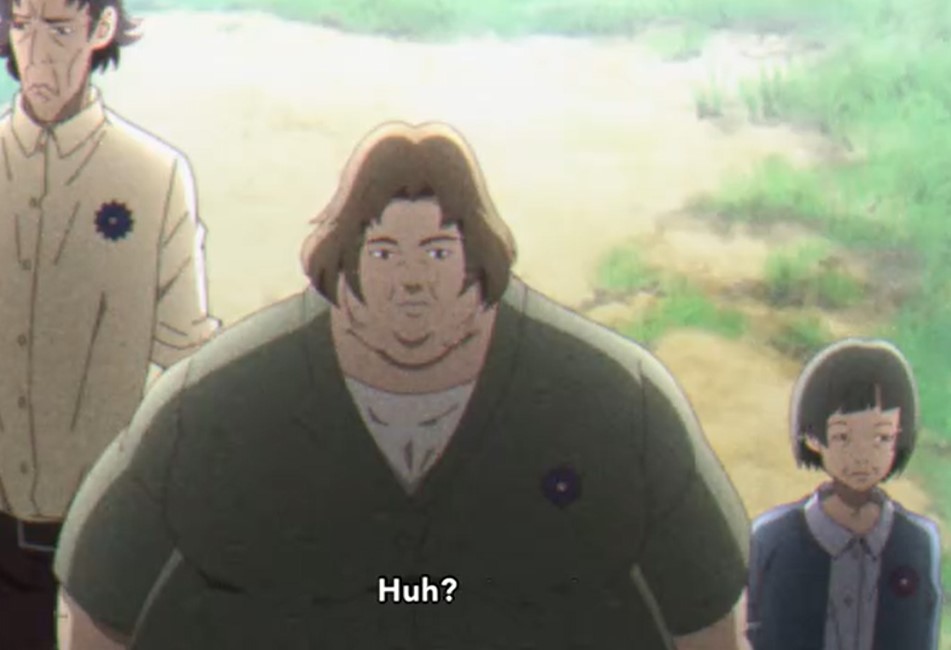 Kozaharu pulls the trigger until she runs out of the bullets. When they open their eyes, they appear to the Otherside. Sarao is surprised about what has happened, and she comments that since they are here, they can look for Nishina. Kozaharu replies that she has no choice; she will go with the flow. Kozaharu ends up traveling why she does not want to come to the Otherside. Sarao realizes that she is scared of monsters and other horrific events.

Sarao talks about her past and that her mother died at a young age. Her father and grandmother joined the wire cult. After that, she has nowhere to go, and they tried to abduct her on her way home. She managed to escape and started living on her own, but she heads home later. When she got there, she stayed for a few days, and no one came back home. Later, she got the call that all family members’ corps hs been found in the mountains.

It was revealed that her parents were killed by gas that settled in a hallow. After that, Sarao went to a college on loan and met with Nishina, who saved her near the pond. Later they encountered mysterious incidents and managed to survive. Sarao finds Nishina, who wants to join Satsuki, and she comments that she said Satsuki is alive. She realizes that Satsuki is not a human. Sarao battle with demons and save Nishina from being taken away.

That’s how we conclude this week’s post with all of the above updates. See you next time when a new episode is released.