Today we will talk about Call of The Night Episode 4 Release Date: Just Friends? We will also recap the previous episodes. This anime has taken over all of the social media platforms. Instagram reels, posts, tweets, all of it. Everyone is just talking about one and only ‘Call of the Night’. It is all worthy of this popularity because it has one of the cleanest and the most amazing tropes and character development.

Kotoyama has written and drawn the manga series Call of the Night, which follows Dagashi Kashi. On August 28, 2019, it debuted in the weekly shonen manga publication Weekly Shonen Sunday from Shogakukan. Chapters from Shogakukan have been compiled into separate tankbon volumes. On November 18, 2019, the very first volume was released. 11 volumes have already been published as of June 17, 2022. Viz Media announced on July 3, 2020, that the manga would be released in English in North America beginning on April 13, 2021.

Yamori is at the center of the narrative of Call of the Night. Unable to sleep, Yamori sneaks out of his house one night and wanders the roads of his hometown. It’s a revelation of life after dark! Particularly when he runs into flirty Nanakusa. She is much more enjoyable to spend the evening with than elderly inebriates sitting on park benches. He’s thrilled when she extends an invitation for him to stay overnight at her home in an abandoned structure! He then awakens to neck kisses that have a bit far too many bites to them.

Call of the Night Episodes Recap

Ko Yamori, 14, suffers from depression after rejecting a classmate’s confession of love. He starts to explore the roads at night because he can’t sleep at night. He meets Nazuna, a stunning young woman, who recognizes his nighttime unrest as a loss of life satisfaction and decides to assist him in regaining it. She suggests they sleep in the same bed when she brings him to sleep in her flat. Yamori, who is anxious, presents as being asleep. After revealing her identity as a vampire, Nazuna sucks his blood since she thinks he is exceptionally tasty.

When Yamori challenges her, she assures him that he won’t turn into a vampire because the only way a human can turn into a vampire is by falling in love with one and then having that vamp bite them. She drank a beer since she is embarrassed by her disclosure.

Yamori feels relieved but is soon let down once more. He requests more time with Nazuna in an effort to fall in love with her so he can also become a vampire since he seems unable to face reverting to his regular life and feels as though he has finally found something exciting. Nazuna reluctantly consents to continue their relationship in exchange for more of his blood; if that leads to love, so be it.

Yamori is embarrassed once more by Nazuna’s explanation that drinking blood is like having sex. Yamori, though, reaffirms his intention to turn into a vampire. Then, when Nazuna gives her some of his blood, he humiliates him. When Yamori learns from Nazuna that she did drink blood from unknown strangers the following night, he feels envious. 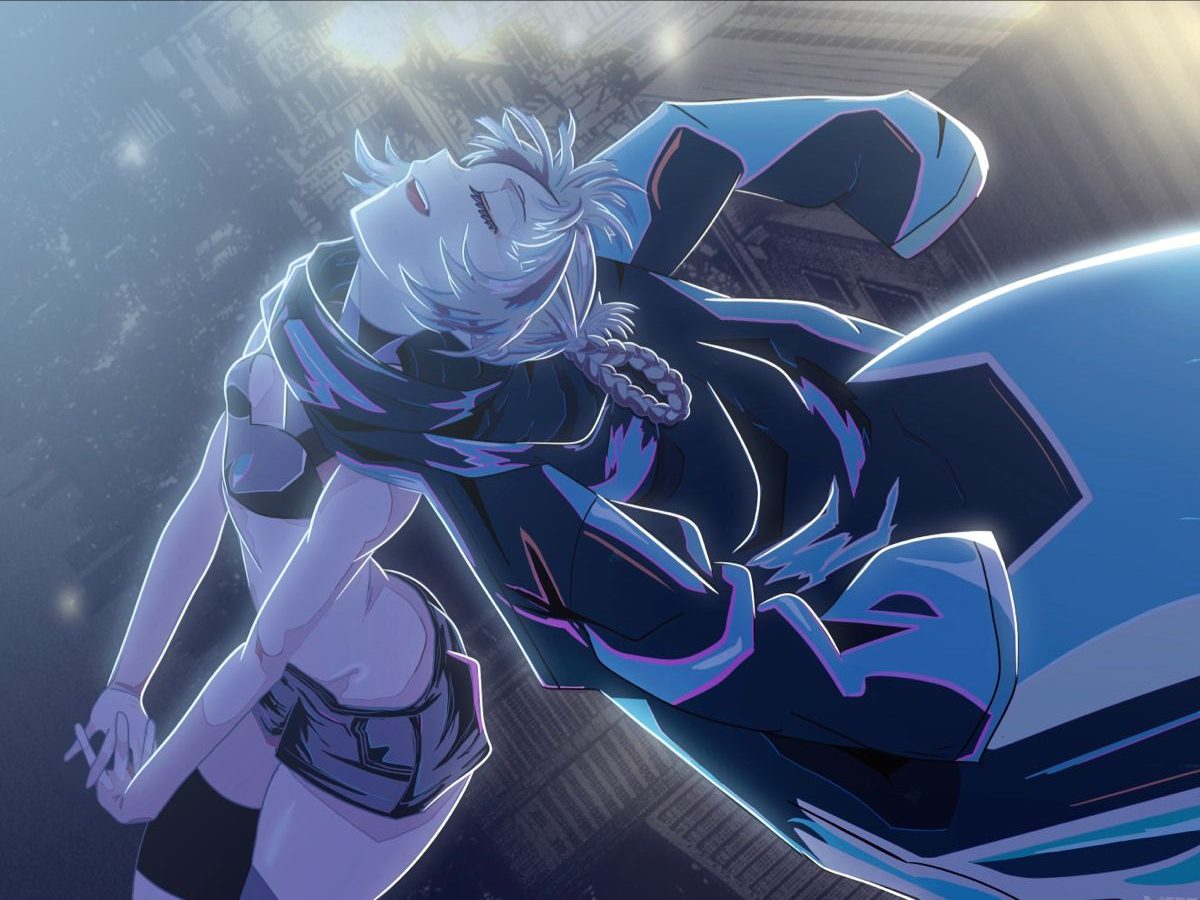 He offers to swap their phone numbers as a result, but she declines by saying she doesn’t have a phone. But she also shows him her old brick phone when they get to her flat. She then invites an anxious Yamori to accompany her while she prepares for bed. When she confesses that she had been seeking him that night, he finally agrees to let her suck his blood. The following evening, he provides Nazuna with a wrist receiver so she can contact him, who has the transmitter.

Then, Yamori remarks that they behave like a pair while she is embarrassed. He addresses her as “Nazuna-chan” and formally begs her to be his friend on the roof of his school. Later on, that night, while he contemplates where Nazuna might be, a signal is received by the other broadcaster on his wrist, and a female with the opposite receiver on her wrist suddenly appears next to him.

Akira Asai informs Yamori that she waited for him to get in touch with her, but he never did. She nevertheless expresses her joy at seeing him. Yamori then remembers how Akira became his friend. The following day, Nazuna makes fun of him for leaving and seeing another girl, but his response supports her theory. Yamori meets Akira after departing, but Nazuna shows up there and makes fun of them. When Nazuna swallows his blood in front of Akira, she then demonstrates to her that their connection is just physical. Yamori reveals to Akira in a café that he permits Nazuna to consume his blood because he is unhappy at school. She explains to him that she shares his sentiments and invites him to go back to class with her.

Yamori and Nazuna part ways after the latter introduce themselves. Nazuna leaves disturbed as Yamori inquires about her level of rage. Yamori calls Nazuna to apologize for seeing Akira covertly after falling down several stairs. But then Nazuna shows up and admits she was afraid they wouldn’t see each other as much if he went back to school.

Yamori explains to her that because of his dream, he had been unable to inform Akira that he must leave for school. Then, after a sigh of relief, Nazuna drank from the festering wound in his mouth before leaping away and leaving him stunned.

Call of the Night Streaming Details

You can stream all episodes of Call of the Night on Netflix and HIDIVE.