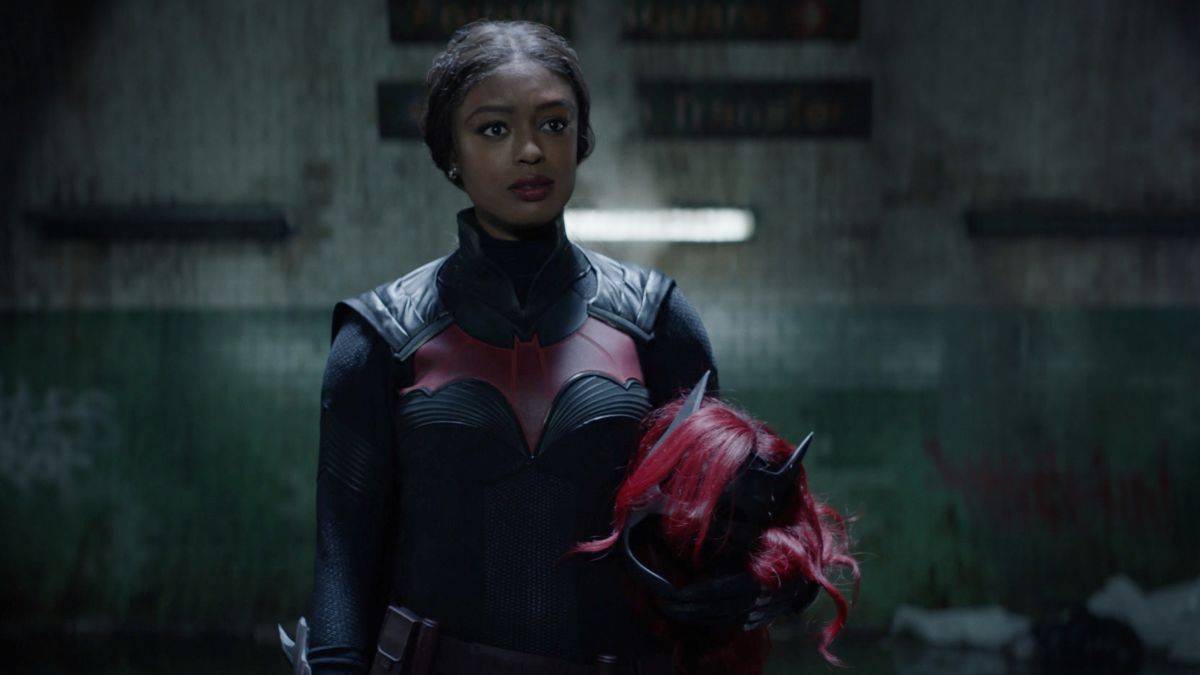 Batwoman Season 2 is finally back with new heroes, villains, and many more. The first season was cut down with few episodes due to covid related hiatus and due to the ongoing covid pandemic. Ruby Rose departed last season, right? Now the new star is Javicia Leslie. She is a really great addition to the show. She is playing the role of A Black lesbian who is broadening the definition of a hero. It’s really above that Kate Kane already did. Batwoman Season 2 Episode 7 will soon be premiered.

Season two introduces a new Batwoman, Ryan Wilder who is a 25 year old homeless. She gets the batsuit of Kate Kane until she is found to save Gotham. She thought she gets power from the batsuit, but it’s her inner self that makes her powerful and stronger than ever.

The first episode of Batwoman was first premiered in July 2019. Originally it has 22 episodes but unfortunately due to the ongoing covid pandemic, the episodes were cut down to 20 episodes. The story starts with Bruce Wayne (The Batman) who has to leave due to some problems. To replace him, his sister, Kate Kane holds the position for the Batwoman. The city of Gotham is facing harsh problems and Kate was not aware that she will be the next one to save the city. Gotham is a city basically where the Department of Police has been surrounded by criminals. And then entered Jacob Kane with his Crows private security.

They now have to protect the city from the ongoing militia war. His wife and daughter were killed in a crossfire years ago. Therefore, he sent his only daughter who survived, Kate Kane to a place that was far away from Gotham for her safety. After serving harsh military training and years in military school she returned when his father was in a danger. When Alice in the wonderland decides to attack her father she returns to help. The wonderland kidnaps the most important member of the crow army- Sophie Morie. From there the story of Batwoman starts.

Campus Johnson as Luke Fox, Rachel Skarsten as Alice, Meagan Tandy as Sophie Moore, Nicole Kangas Mary Hamilton, and last but not the least Dougray Scott as Jake Kane. They all will return with the characters they played even Christina Wolf as Julia Pennyworth. And the biggest news is the lead role of Ryan Wilder will be played by Javicia Leslie as Ruby Rose departed at season 1 ending. Ryan Wilder is now a brand new character who is introduced in Batwoman comics.

Not Only this, Warren Christie will be returning as Faux Bruce Wayne. Shivaani Ghai playing the role of terrifying and dangerous Safiyah. According to the last Episodes, we also got to see Warren Christie’s s look.

Episode 1: What Happened to Kate Kane?

Episode 1 of the show starts with Ryan Wilder aka Javicia Leslie who is in charge. Kate has finally planned to go back from National city. Here Ryan comes across Kate Kane’s Batsuit. He decides to take her power back and then finally protect Gotham. The family and friends of Kate are still in the hope that she will be found. Ryan Wilder is a 25 year old homeless that stumbles upon the Batsuit.

MUST-READ: Will There Be Crash Landing On You Season 2? 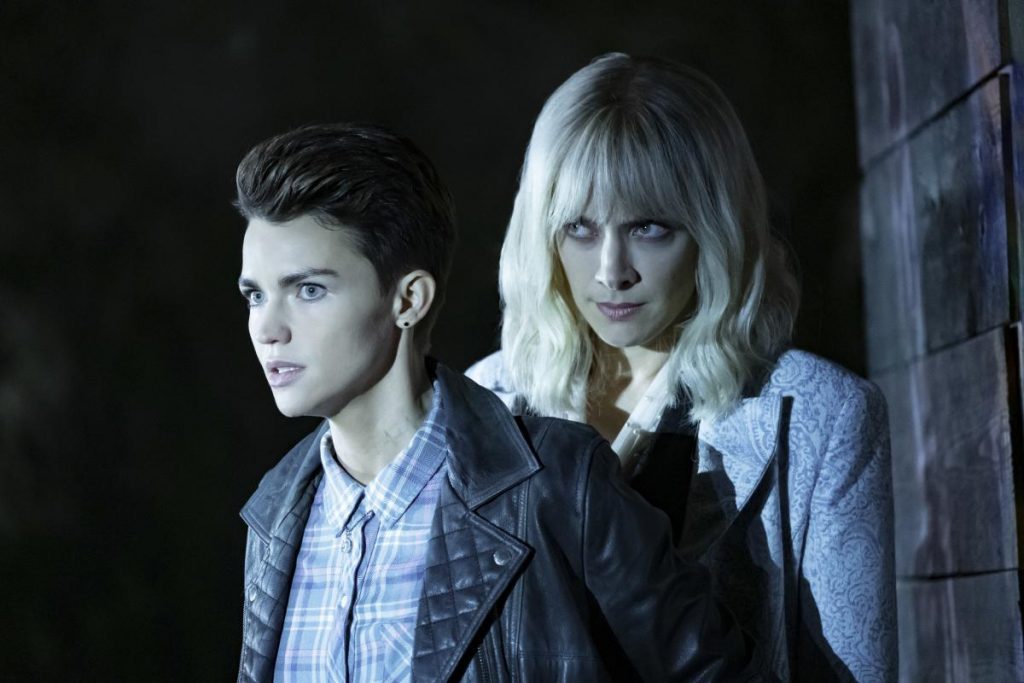 This episode revolves only around Alice’s big plan. Until Kate could be found it seemed right for Ryan Wilder to have Batsuit. In this episode, Ryan is finally getting used to being in a batsuit, he also finds out the journal of Kate in which she has written letters for Bruce. Despite this, Alice really has a very big plan, she has planned everything so she could get the attention of Safiyah and Gotham both. Not only this Alice and Ryan also meet for the first time.

This episode basically changed the course of Ryan Wilder. Ryan is still facing a struggle in living a double life, she finds it pretty difficult to manage these. Luke is still not very comfortable with everything going with Wilder. Alice is getting successful in her plans and Safiyah notices some of her evil plans. She hasn’t done anything about it in 3rd episode. Except for this, Victor Szasz gets his way through the streets of the city.

Agent Moore and Commander Kate meet the Batwoman to complete the work that will reveal the way to Coryana- and Kate. Alice then starts remembering that she does not remember the time she had to spend on Coryana much.

The episode was premiered on the 21st of February 2021.

Episode 6: Do Not Resuscitate

This episode really breaks everyone’s heart. At the starting of the episode, Batman villain Amygdala gets successful in kidnapping Mary. She is in search to find that a medical cure that cured the citizens of Gotham who were infected by bat wounds. On the other hand, Luke and Ryan are solving the situation of Batwoman. The story also takes a romantic turn, Ryan Wilder has fallen in love with Angelique. She is the same woman who was caught in charge.

Episode 7: Its Best You Stop digging

The seventh episode of Batwoman Season 2 will soon air on the 14th of March, 2021. The story has taken many turns since episode 6. The health of Ryan Wilder is getting worse. This happened because she was shot with a Kryptonite bullet which was making her health worse. We have seen in earlier episodes that Mary Hamilton-Kane doing everything so that her wound can heal but there’s no improvement. As her health is not getting any better, she thinks of the “No Killing code” of batwoman when she came to realize that the opportunity she has to avenge her mother is now getting away from her. Alice is in a totally different situation when she couldn’t remember anything of Coryana. Tatiana fills that gap.

Where to watch Batwoman Season 2? 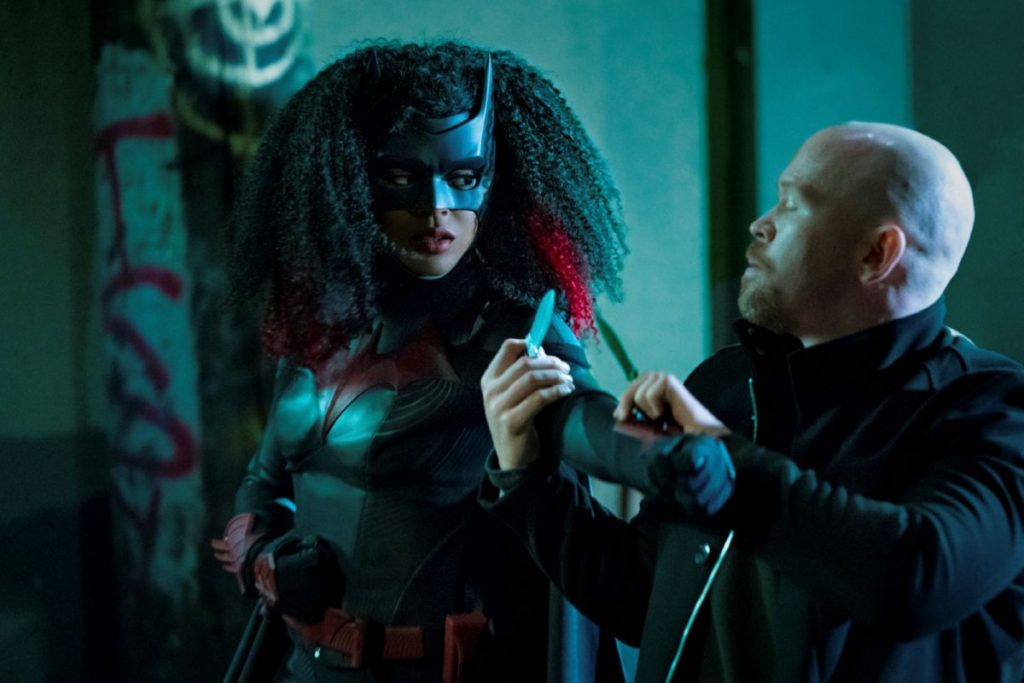 You will see fewer villains in the first season of Batwoman but the second season of Batwoman has no shortages of villains. Alice, who was loved by every fan of Batwoman is now back in the game. She has made more evil plans to get her way this time. The disappearance of Kate turned out to be a very good thing for Alice. The second most wanted villain that everyone loved is Tommy AKA Hush, if you don’t remember him, he wore the face of Bruce Wayne in the full First season. And then are Crows, who are lead by Jake Kane, he has a great authoritarian grip on Gotham.

The most interesting villain is Safiyah. You can consider Safiyah as the most deadly villain for Kate Kane. Kate and Safiyah were in a relationship when she was away from Gotham, but things really turned out bad and ended harshly.

Who will get the costume now?

As we already mentioned that in the premiere episode of the second season of Batwoman, Ryan Wilder gets the Batsuit (homeless, 25-year old). Kate Kane has to leave at the ending of season 1. Ryan Wilder accidentally got into that role, she tries to fit into that. As Kate tried to change the batsuit a bit after she got it from Bruce, her brother, Ryan exactly does the same. After 2-3 episodes, she altered the batsuit with her own choice.