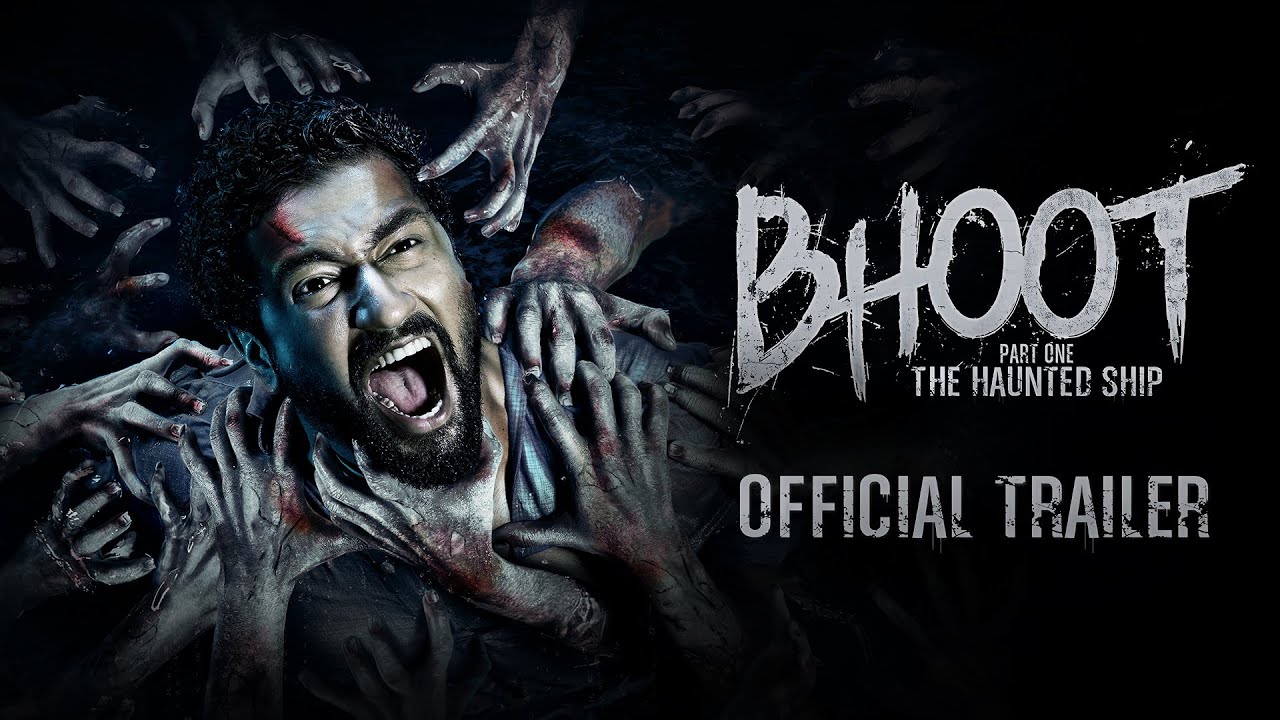 A new exciting project is underway by Vicky Kaushal, Karan Johar and Dharma Productions that will be named as Bhoot: Part One-day The Haunted Ship! The movie is viral on all social media, and this movie will mark its debut in the horror film franchise known as Bhoot. Johar will be making a movie in the horror genre after a long time because, until now, he has been working on other genres. We will be talking about the Bhoot release date, storyline, and other details.

What will be Bhoot about?

The posters are out, which was revealed by Karan Johar and Vicky Kaushal. The poster features a head screaming for help and having his head through a broken porthole that looks like a window of a ship. The head belongs to Kaushal, and there are some terrifying hands that are gripping the face. It is very clear that the movie will be set on a haunted ship. However, do not think that this movie, by any chance, will be a copy of Ghost Ship because Dharma productions are also one step ahead in putting their own drama in the story.

The director of the movie will be Bhanu Pratap, who is going to make his debut. He has worked on movies before, like Humpty Sharma Ki Dulhania. Bhumi Pednekar will also appear in the movie. She wrote on her twitter how excited she was to be part of this movie as Pratap makes his debut.

As per the reports, the script of the story was framed by Singh and Khaitan before they presented it before KJo, who loved it. The movie is based on a true incident.

When will the Bhoot movie come out?

The movie is coming out on 15 November 2020, as informed by Kaitan. The post-production is now underway. The movie is going to be Kaushal’s second mega production house project. Everyone is really curious to find out the real story behind the movie.

Fans are really excited about the new horror movie since they have not received any good horror movies in a while. In India, the audience loves horror movies, and as far as we can guess, it seems that the movie will come with a strong story as well. The fact that it is set on a ship, it will be interesting to find out what kind of plot we can see and what is the story behind this ghost. The audience is also curious about finding out how this ghost will be dealt with and what roles the actors will play while tackling this supernatural element. With so many questions, the movie has become a must-watch as it spreads through social media, which is helping it in the promotion and grabbing more and more attention. Stay tuned for an update on any news regarding the movie.