The drama is expected to have a total of 10 Episodes. It debuted on Saturday, October 29, 2022. but before we unpack the details of episode 6, here is a little summary of the show.

The show centers on two men who accidentally start living together before the moon hit the earth 13 days later. Golf is a Medical Student. he is not on good terms with his family, and somehow, his brother ended up in Prison. going through all of these he never gets the warmth of love. When the world is coming to an end, he wants nothing but to feel what is love. 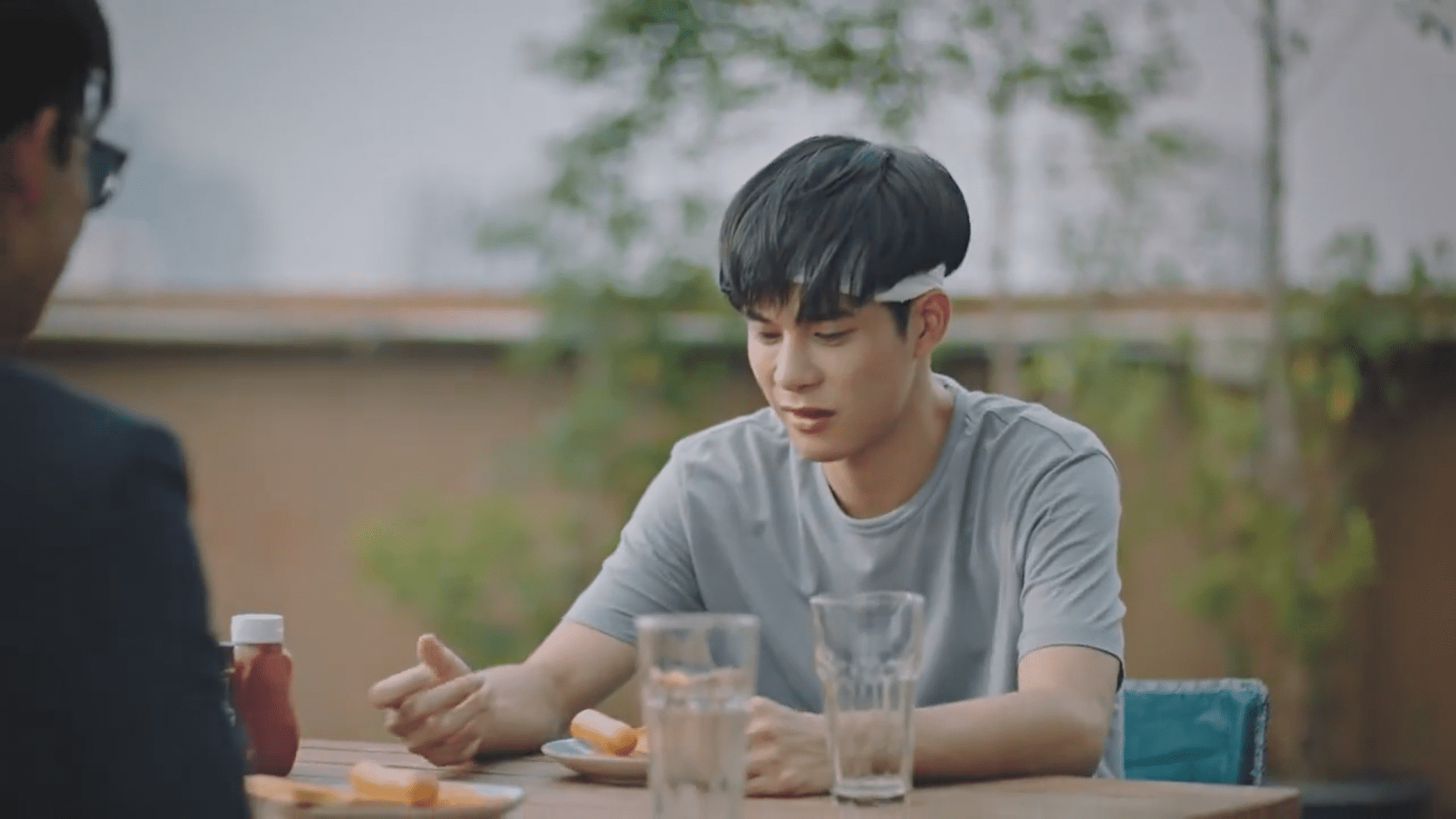 When he meets Art by accident he finds himself feeling the butterfly in his stomach. and decides to live with him till the world ends. and While living together their Love Story begins. On the other hand, Art is a business student who gets into an accident that causes him to lose his memory.

He wants to gain his memory so that he can go back to his home. Unexpectedly, the Government announces the news about the world is going to end after 13 days, he starts living with Golf.

What happened in Till the World Ends Episode 5?

At the start of Episode 5, it shows that only 8 days are left till the World Ends. in the meantime, Art and Golf were trying out the food, Golf made. Golf wants every day to be a special day as there is not much time left for everything to get destroyed. While having the sweet talks, Art says about the nightmare he had in his dream. 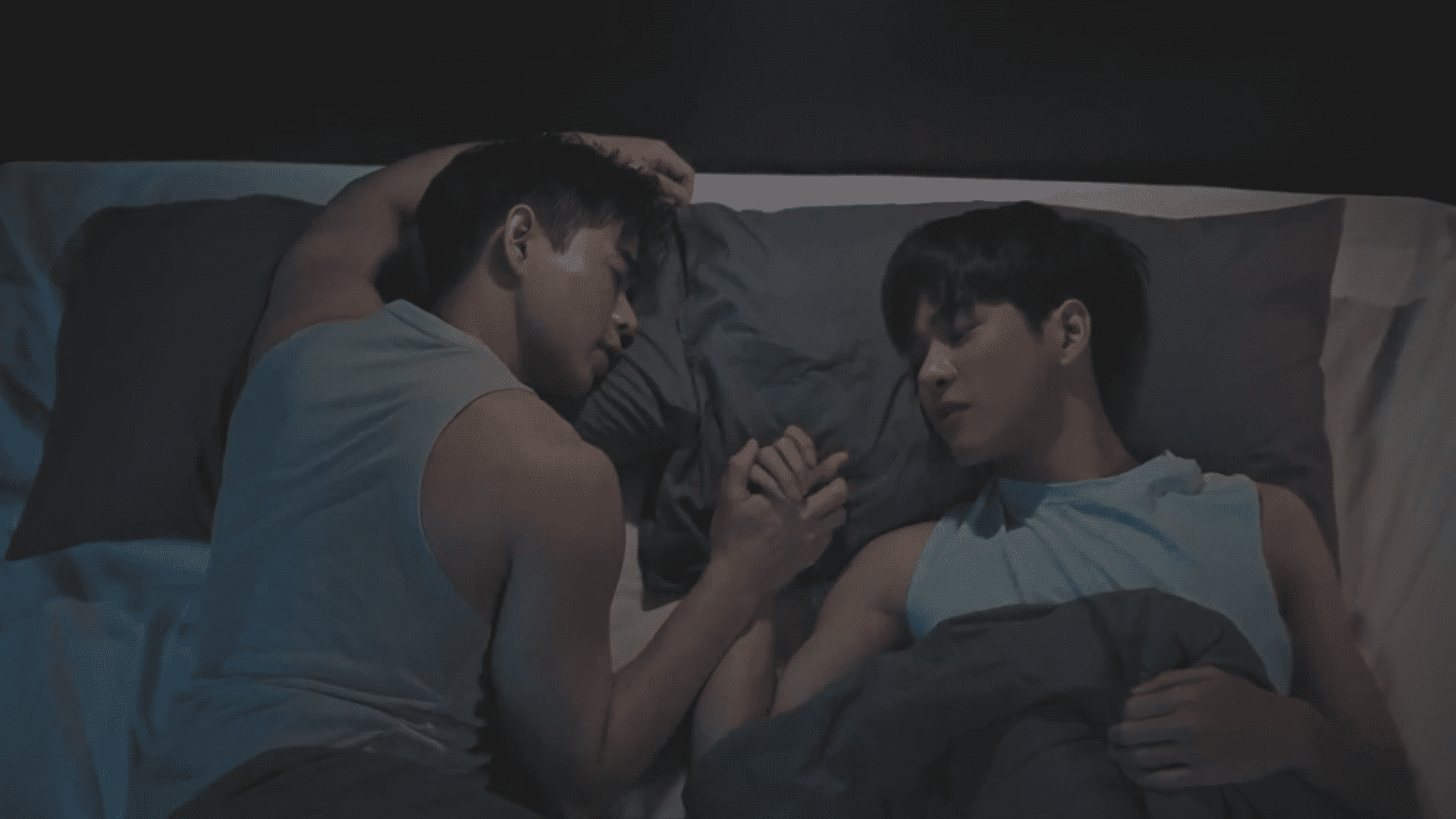 He saw Blood in his dream. and when he went down to the First floor he saw blood everywhere. While People were running around trying to save their lives. It was whole chaos and everyone was in Panic. when Golf was going to say something suddenly a woman from 4th appears on the rooftop.

On the other hand, a pair of men want to kill people before the world ends. Unfortunately, Art and Golf become their next target. at the home, when Golf was in the washroom Art finds a t-shirt of him covered with blood. when he asks him about this he hides the fact by telling that the t-shirt was soiled with Chocolate Milk. What is the truth Golf wants to hide? to find out don’t forget to watch Episode 6 when it airs.

Till the World Ends Episode 6: Review

At the end of the last Episode, when Golf and Art visited the AL mall they found the dead body of the Guard laying on the floor. was it caused by N’Long and his men? also we see a glimpse of Art finding out a gun in Golf’s room. What was the gun for? and why golf has kept it? In the Upcoming Episode, a lot of mystery is expected to get resolved.

All About The Cast Of Till the World Ends

The screenwriter and the Director of the show are Anusorn Soisa-ngim who has won funding from Busan Film Commission. two of his popular short films are “Present Perfect” (2012) and “There Is No Space For Me” (2015).

Till the World Ends Episode 6 is all set to release on  Saturday, December 3, 2022, at 7 pm Thailand time and 8 pm China time. Internation fans can watch the show according to their Country’s time zone. Where the Upcoming Episodes will be aired is mentioned below.

Below is the Till the World Ends Episode Release Schedule

Till the World Ends Episode 6: Where to Watch

Till the World Ends Episode 6 will release on  Saturday, December 3, 2022, at 7 pm Thailand time on Amarin Tv Channel 34 in Thailand. International fans can watch the show on We TV and YouTube Channel at the date and times mentioned above. So Update your Calender to the date mentioned above so that you don’t miss out on the Upcoming Episode when it airs on the streaming channel mentioned above.