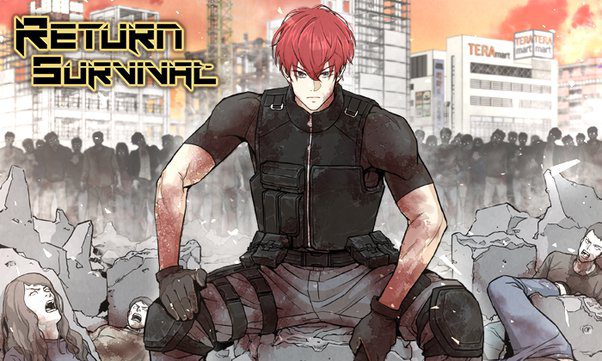 Let’s dive into the world of horror and monsters, where romance is another thing that makes the best zombie manga of all time enjoyable. When you read Best Zombie Manga of All Time, you will feel pleased and realize that they are worth reading even though some have aged. We will start by discussing the newest hot zombie manga that has made it into the top ten lists. Best Zombie Manga of All Time includes the best action and romantic comedy moments that are interesting.

We will cover all types of best zombie manga that will blow your mind. Best Zombie Manga of All Time gained popularity and is one of the topics that most readers or fans discuss on the internet. Best Zombie Manga of All Time is different from other types of zombie manga that we know since this is the mangas that will remain on top, and it is like they are made for the coming hundred years.

My Girlfriend Is A Zombie

My Girlfriend Is A Zombie is the best ongoing zombie manga with more than three hundred interesting chapters. This manga has the best zombified moments that will surprise you. It also has interesting genres that a manga fan would expect from the best zombie manga. This is the story of Ling Mo, who faced a doomsday that led to the awakening of special powers. 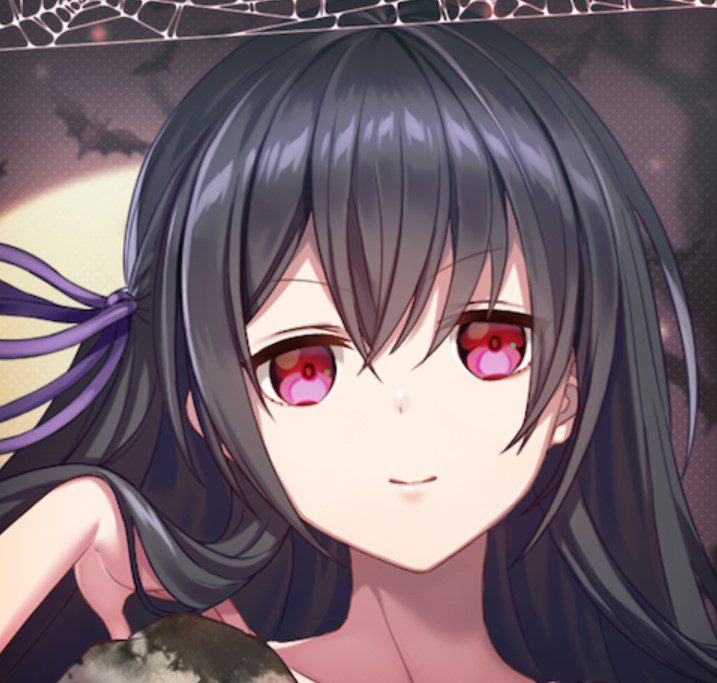 My Girlfriend Is A Zombie

Ling Mo is the first guy to discover how to control zombies. He can walk amongst zombies, and nothing would happen to him since they view him as their god. One day Ling Mo traveled through a zombie town and met with his beloved girlfriend, Ye Lian. Unfortunately, he finds out that Ye Lian has become a zombie, leading Ling Mo to start his survival in doomsday to help Ye Lian retrieve her memories.

A Pretty’S Super Zombie is interesting due to its action, and you will find a hero saving a pretty zombie. This is one of the ongoing best zombie manga with over a hundred chapters. Yang Cheng has been labeled a loser since his girlfriend dumped him. He begins to drink too much since his girlfriend has been cheating. 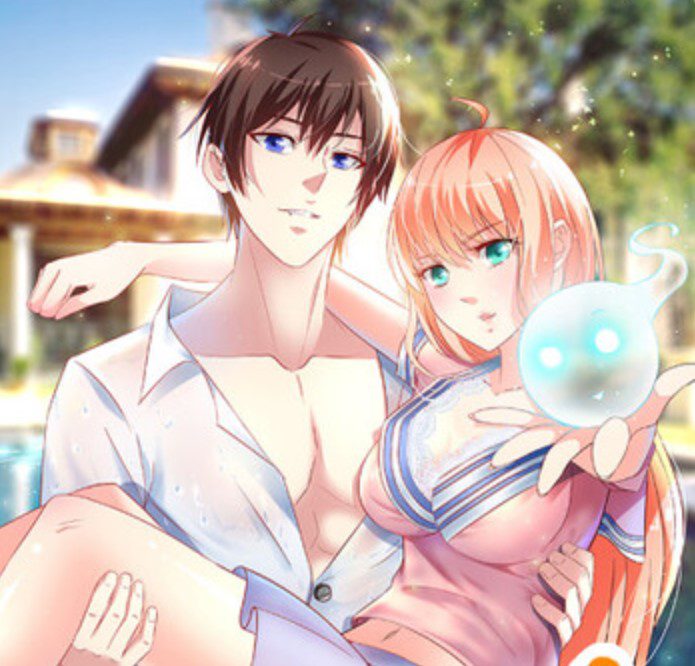 One day Yang Cheng finds himself lost in the middle of the forest. He encounters a ferocious zombie that bit him, and he transforms into one of them and gains super zombie powers. Yang Cheng became a handsome zombie that no woman would resist. At the same time, Ye Xuanlin’s bodyguard discovers that she is in great danger and only Yeng Cheng can protect her even though he has become a pretty zombie protecting a pretty girl.

This is an interesting action zombie tale that takes place in school. Rei and Takashi’s school was approached by the infected, and much blood was spilled, leaving many students and teachers dead. The school became a pool of blood and corpses, and the undead turned into zombies. The zombie infection continues to spread over the world after this incident.

However, Rei and Takashi were survivors who decided to end the zombies’ infection. The students begin to help families and find a cure for zombie infection while fighting with zombies before they get bitten.

Zombie Land Saga reveals the lives of seven peaceful girls who enjoy their daily lives. One day weird music was heard, and mysterious creatures destroyed the peaceful lives of seven girls. The rumors of the living dead zombies began to circle the country, and everyone was scared for their lives. 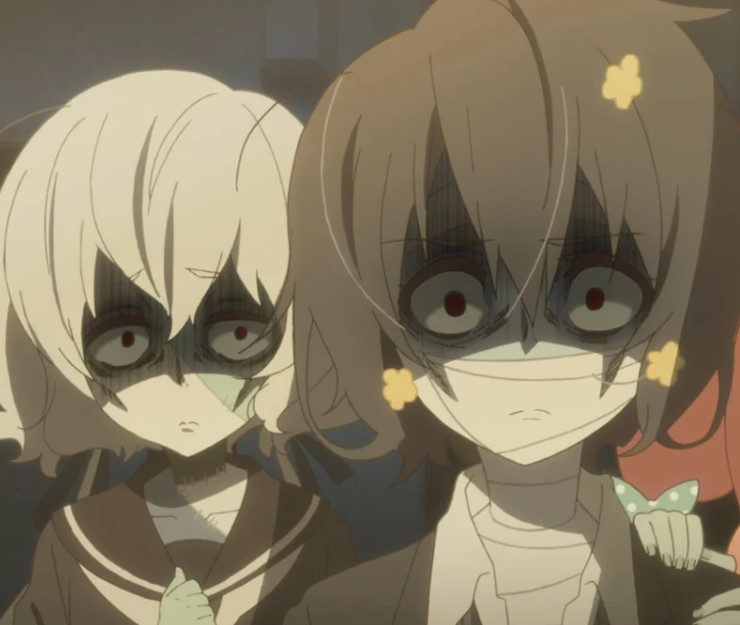 However, things changed when those girls decided to change the world, become idols who entertain humans and end the zombie terror. Humana never knew that the idols were zombie girls. The zombie girls begin to live with humans by they hid the secret that they are zombies to achieve their goals.

Nothing Wrong With Being a Corpse

This is an interesting and best zombie manga about a mysterious lady who has dreams and wants to achieve her goals. But her destiny changed when a mysterious incident happened. This strange lady thought she had encountered a monster and was the pop star everyone thought to be dead. 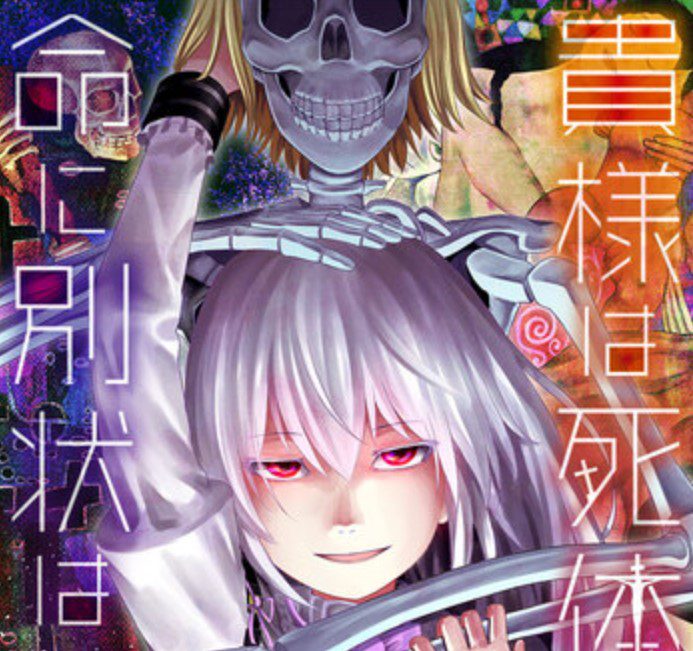 Nothing Wrong With Being a Corpse

However, a miracle happened when she appeared before a client who revived her. After she was revived, she changed her form and is now a zombie. The pop star’s dream changed, and she began to eliminate her kind to protect everyone. This horror supernatural zombie manga became popular, and it is interesting to read a zombie manga where the main hero is a female zombie.

Zombie 100 is an interesting zombie ecchi comedy manga that will leave you thrilled. This manga has interesting and funny zombie scenes. Akira spent three years working hard for a black company, and this made Akira exhausted both mentally and physically. However, one day, Akira sees unusual things on his way to work and realizes he has encountered a horde of zombies. 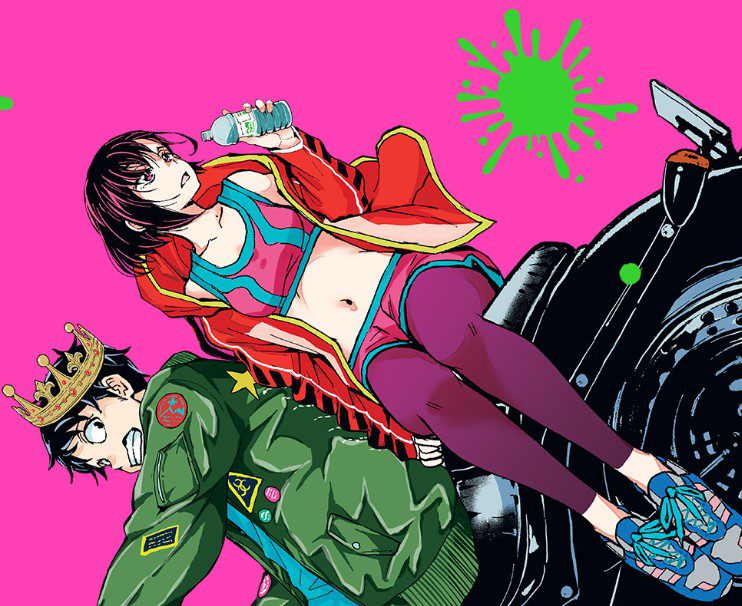 He realizes he wants to do something and becomes a zombie, but life has changed over a single night, and he is now forced to live in an unknown zombie world. Akira begins to get used to the daily zombie life and encounters his companion in this mysterious zombie world.

This is a comedy horror zombie manga that gained popularity over the years. Fujio and Mitsuo are strange guys who dreamed of becoming wrestlers. They spent many days practicing wrestling moves near Dark Fuji. This is a mountain where corpses are buried with industrial waste. However, after a few years of contamination, the zombies rise from the pile of corpses. 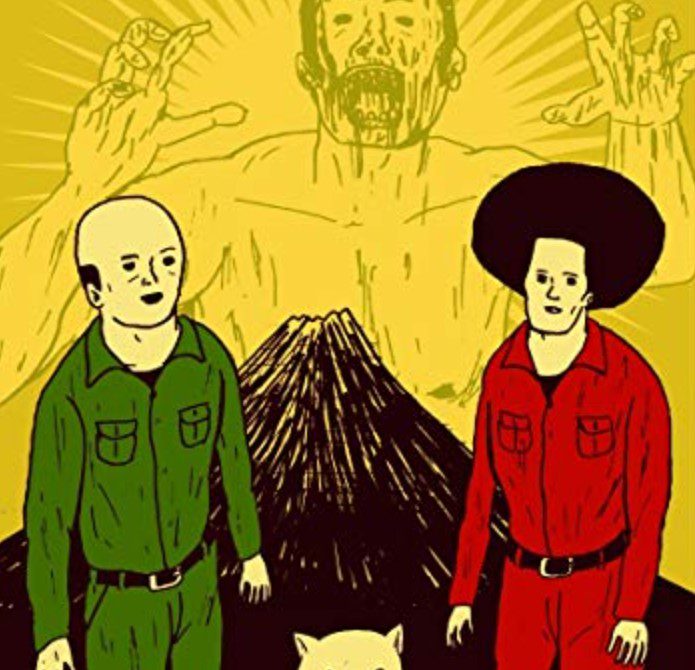 As Tokyo quickly becomes overruled by the horde of zombies, Mitsuo and Fujio get separated. The Tokyo society became under the threat of zombies. But they hope a hero will arrive and stop zombies from taking over the world. Fujio and Matsuo were Tokyo’s hope since they were not affected by zombie infection.

A Descendant of Frankenstein 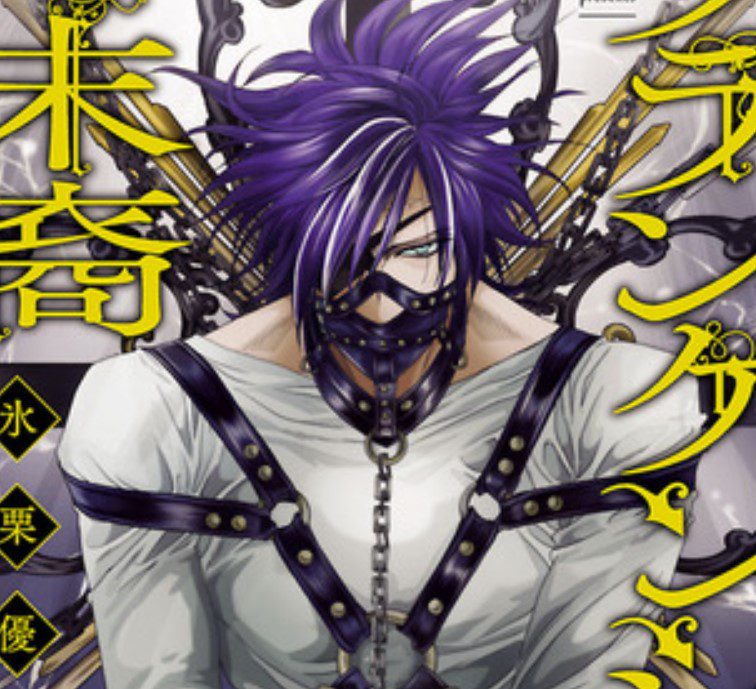 A Descendant of Frankenstein

However, the military invaded the base and attempted to take  Zealaf into custody to use him as a weapon. But Rena battled with the military using her scientific skills and escaped while looking for a place where they could live peacefully.

Chihiro is a loving high school student who loves horror films and believes living with a beautiful zombie girl would be hot. One day Chihiro’s pet died, and the teen decided to revive the pet. He invaded an abandoned building and attempted to create a resurrection potion. Chihiro met with Rea, who ended up being zombified, and his dream became a reality as Chihiro now has a beautiful zombie girlfriend. 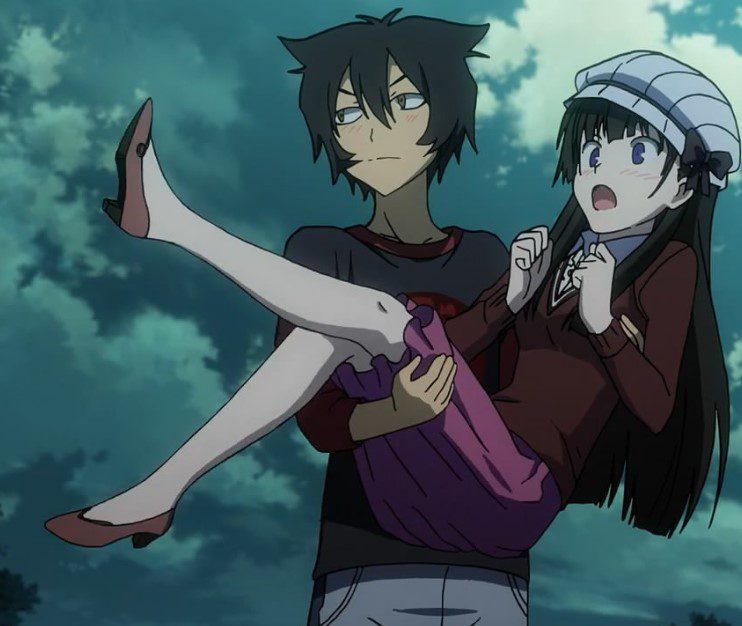 Is this a Zombie?

A serial killer annihilated Ayumu; however, he survived after the mysterious Eucliwood Hellsy revived him. Ayumu transforms into a legendary immortal zombie. Nothing could kill him no matter how many times he dies, and he has witnessed his supernatural powers. But no one ever suspected that Ayumu was a zombie since he looked like a handsome boy. One day Ayumu saw a beautiful girl that attracted his heart, and he stole her. 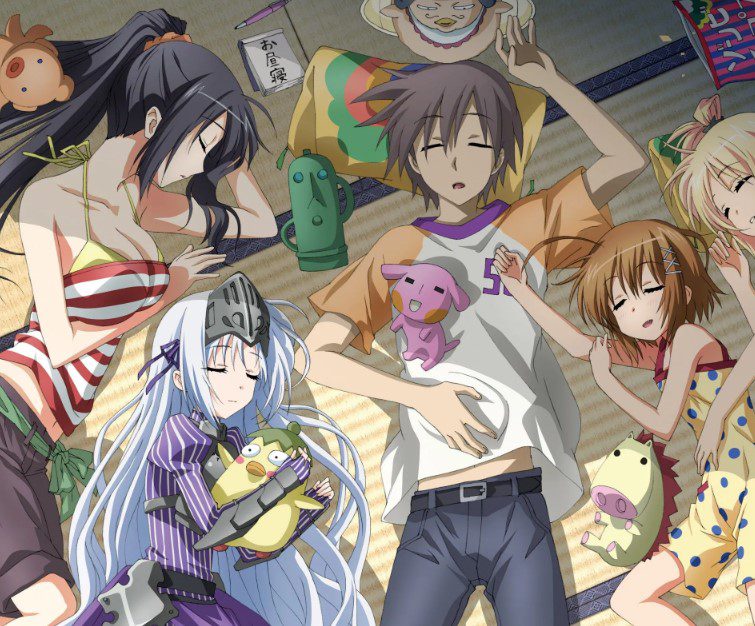 Is this a Zombie?

But little did Ayumu know that he stole a magical girl, Haruna. After possessing Haruna’s powers, he receives a new duty of being a magical girl. Ayuma begins to stay with a vampire ninja in his apartment and decides to fight with monsters while searching for the person who killed him.