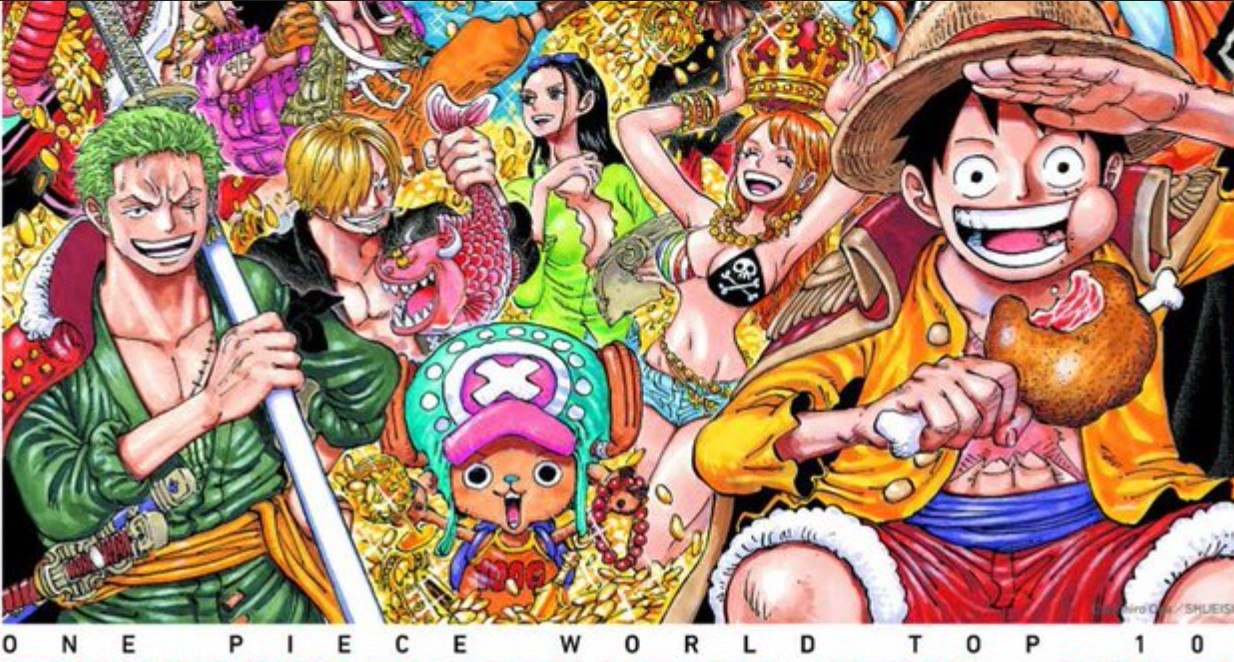 One Piece manga has reached a milestone with the publication of the manga’s 1000th chapter. This was accompanied by a message from the manga creator himself, together with Shueisha. A poll was also released that had the fans participate and vote for the top 100 characters. The event’s highlight was the message that Eichiro Oda himself wrote to the fans expressing his joy on reaching 1000 chapters of his hit manga. He touched a little on the manga’s progression and just gave a little hint on his message.

The release of One Piece Chapter 1000 completed the full-page color, which was revealed with One Piece Chapter 999. The celebration was accompanied by Shueisha’s release of two commemorative videos marking the greatest milestone that the manga has reached. Both of the videos surround the “We Are One” slogan and display various journeys that the manga has moved through up to this point.

One Piece creator sent to fans was in the form of an image, but its translation followed through and is quite an interesting one. Oda talked about many things in the message, including his family and the people he has been working with to make the 1000 chapters a reality. He also revealed a few details about One Piece and said that the upcoming story would defy the odds. Let’s have a look:

The message started by addressing the 1000 chapters that the manga has reached.

As it continues, oda was impressed and explained that words would not even describe what he has been through in the past 23 years of his manga. He added that literally half of his life has evolved around the Weekly Serialisation. And revealed that it was not just him but the Strawhats who have moved through themselves to so many and different islands and experienced a lot of adventures.

As he continues, he added that he currently is not sure how many lives the Strawhats have touched along their journey. He thanked them and that so many people have interacted with his own life because of them. First of all, he mentioned his family and how helpful they have been.

These people have supported him throughout the years, and he felt that he was deeply indebted to them. Speaking about his readers, he said that they have been leading their own bustling lives. He talked about a certain theory that says that long term readers usually rotate out of a series after five years.

And he said that this is why he avoided calling his readers “fans.” He pointed out that it is like what they usually say, ” Pride cometh before a fall.” He has convinced himself that he shouldn’t get too full of himself because his readers would eventually leave the series and get on with their lives.

His direct message to the fans was that all of them have to put him to shame for thinking in this way. The fan’s belief in Luffy has led to him believing in the fans, and that is what has allowed him to continue drawing the exact kind of manga that he wanted to.

He then focused on the manga and mentioned that we are now ready to dip our toes into the story’s final stages. It has taken us a long for One Piece to reach 1000 chapters. But he added that he had completed 1000 chapters that we must all believe that he will take us to the end. He added that the story waiting for us would defy expectation and emphasized that he meant this.

Finally, he had a favor to ask from his readers. He said that this is for everyone whose life he has managed to affect and create a bond through One Piece manga. And then he specifically refers to his readers as ONE PIECE FANS of the world. He added that his story is a long one. And asked the fans to watch over Luffy and his crew as they continue with their adventures for a while longer.

This was Eiichiro Oda’s message for January 2020 edition.

This is quite a promising message that the One Piece creator himself has dedicated to the readers. We all know that we have been expecting a lot with the ongoing manga and anime. But Oda has assured us that whatever expectations we have about the manga will be defied. This means that we can’t even imagine what would be coming, but it is definitely something big and amazing.

This makes us look forward to reading more chapters as they come. In his message, Oda mentioned that we are still dipping about toes into the manga’s ending. Meaning that this is still the beginning of the end. Even though we know the manga will be ending soon. Oda added that his story is long. And just because it is the end doesn’t mean very little is left. So this means that we are still left with years of One Piece manga.

The ongoing raid in the manga has settled down to Kaido and Big Mom vs. the five Supernovas, and this is going to be the most epic fight we have ever seen in manga history. If you need to read more details on that end, you can check out more on the One Piece Chapter 10001 release date and updates. 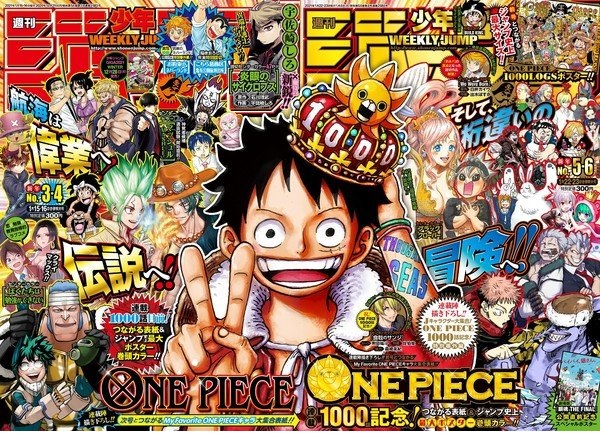 This year Weekly Shonen Jump magazine issues three to six have been combined and featured Luffy on a cover that, when combined, will make a huge poster. Animenewsnetwork reported the artist behind this work: Kohei Horikoshi, Boichi, Mitsutoshi Shimabukuro, and Gege Akutami. The manga’s latest issues will also feature the largest poster to be ever included in the weekly Shonen Jump history.

One Piece manga is currently ongoing and is serialized in the Weekly Shonen Jump magazine. New chapters are usually released on Sundays and are available to read for free on the VIZ Media and Manga Plus official websites. Fans can also read chapters for free using Shounen Jump smartphone apps. So you can ready up to three of the latest chapters for free. Otherwise, you will have to opt for a paid Shounen Jump subscription.

Best Korean Movies Of All Time To Watch