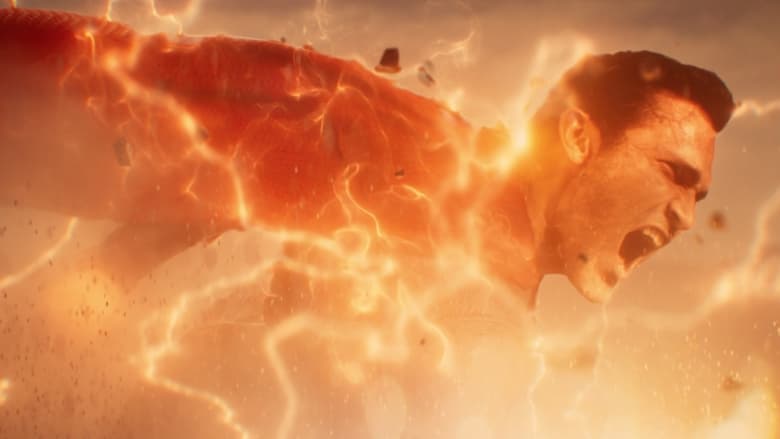 Superman & Lois’ Bizarro World tale was wrapped up in the season two finale with a big Arrowverse reveal, a fresh Diggle tease, and several other important moments. With Ally Allston’s ultimate fight with Superman, a significant chapter in the Kents’ lives came to a close. When the third season of the show premieres, the characters will be free to tackle completely fresh problems now that Ally has been defeated.

It wasn’t quite clear who the season’s main villain was during the first half of the season. The first clues pointed to Doomsday, but they were all only a giant red herring to hide the existence of Bizarro. But he wasn’t the main antagonist, either. Anderson, whose hatred for Superman led him down a dark path, further complicated the matter. But in all the commotion, it became clear that Ally Allston was the true danger to all of the show’s primary characters. Since she combined with her Bizarro World counterpart, she became a formidable opponent who, up until the conclusion, not even Superman could defeat.

The fate of the Earth was once more in Clark’s hands in Superman & Lois season 2 episode 15.  In the previous episodes, Ally’s power-draining ability had appeared to remove the Man of Steel from the picture, leaving Natalie, Steel, and Jordan to fill in for him. But in the end, Superman was the one who saved Earth when things were at their worst. Here is how Clark defeated the Parasite of the Arrowverse so easily at the end of Superman & Lois season 2, episode 15, and what the episode’s other major events signify for the future of the show.

Superman, one of DC Comics’ most powerful heroes, becomes even more powerful during the battle with Ally Allston. Clark persuaded Adam Rayner’s Tal-Rho to fly him into the sun in a dangerous attempt to regain his powers. He thought the solar energy would give his cells the energy they required for a full and quick recharge. 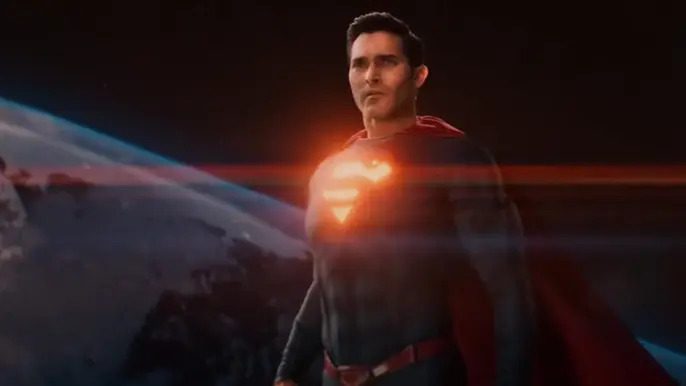 Superman was informed in episode 14 that he would ultimately regain his powers, but it might take the sun months or even years to change his cells back to how they were before. This method allowed Clark to speed up the process of regaining his powers. Additionally, it provided him a significant but brief power-up that was too much for Ally to manage. She was so overwhelmed by trying to use his powers that it was easy for Clark to separate her from her Bizarro counterpart.

What’s Next For Superman & Lois

What happens to the Kents after the Superman & Lois season 2 finale has a lot of significant ramifications. The Intergang tease suggests that organized crime will play a significant role in the season 3 plot. Diggle is likely to be a regular character when the show resumes. In addition, the events of Superman & Lois season 2 have set the ground for almost all of the primary characters to participate directly in Superman’s upcoming conflict.

Superman & Lois season 3 can present a more concise plot than the first two seasons because Chrissy, Sarah, and Lana no longer need to be kept in the dark. Clark built the new Fortress of Solitude for the Superman family in the sea for all of them to use in the centuries ahead, and any of them may possibly pay a visit. It’s possible that Jonathan, who doesn’t have any powers yet, will wind up taking part in the action. Jonathan might be interested in the technology of the fortress, according to Clark, who implied that he might be able to utilize it to his advantage. 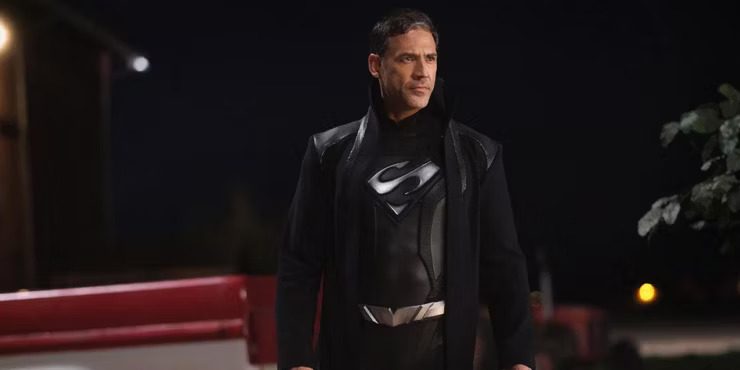 The conclusion almost entirely confirms the theory that Tal-Rho will become Bizarro’s Superman. In his last scene, he arrived in Bizarro World and asked about Tal-Rho’s wife. It makes sense that he chose to settle in “Weird Smallville” given that he is still recognized as the villain who came dangerously close to conquering the entire world on Superman’s Earth. Tal-Rho can make a fresh start on Bizarro World and succeed Bizarro Superman as the top defender of the planet. He might find new meaning in life if he succeeds in that capacity.

There were 4 main characters that were unaware that Clark Kent and Superman are the same when Superman & Lois season 2 began. But by the end of the season, the show was down to just one significant character who was still kept in the dark. Clark recently made the decision, to be honest with Lana. Sarah saw Jordan use his powers near the halfway mark of season 2, which led Lana to tell her the rest of the truth off-screen in the finale. 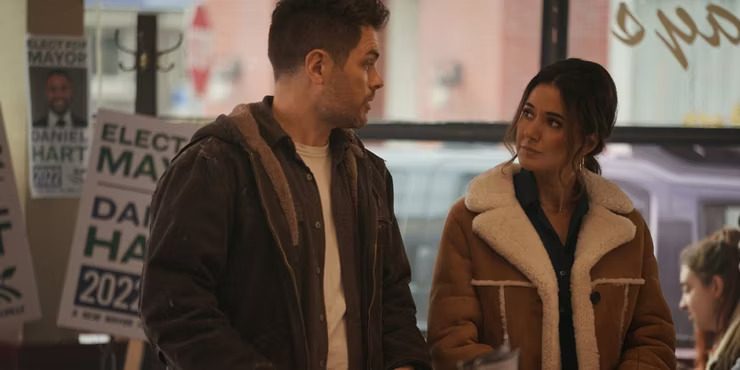 Finally, Lois informed Chrissy Beppo of Clark’s deepest secret, making her the most recent recipient of this information. Kyle is the only significant character who is still in the dark, and this is unlikely to change anytime soon. The Kents may be Kyle’s friends, but their friendships aren’t very close to the point where telling Kyle the truth is important.

The third season of Superman & Lois has been already ordered. The show won’t be a part of The CW’s fall schedule, similar to its plans for season 2, thus it’s expected that Superman & Lois season 3 will once again debut in January. The number of episodes hasn’t been disclosed, but given that the first two seasons each had 15 episodes, the same can be anticipated for the show’s upcoming season, which seems like it will involve a conflict with Intergang.

After Steel had defeated Ally, David Ramsey’s Diggle dropped by unexpectedly. He is currently headed for a confrontation with Bruno Mannheim from DC Comics and Intergang. The death of John Henry Irons on this planet, which was an occurrence that the main characters learned about in season 1, appears to be caused by Intergang. It appears that Superman & Lois is setting up Intergang to be the season 3 enemies. However, given the history of the series, it won’t come as a surprise if Intergang proves to be yet another deception designed to conceal the next major enemy. 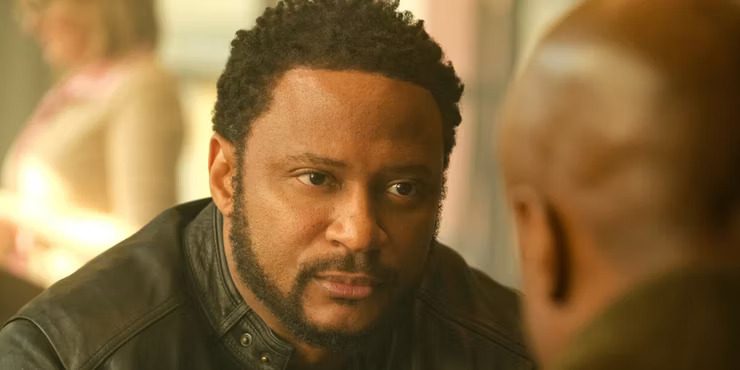 In the Superman and Lois season 2 finale, John Diggle made a comeback to speak with John Henry Irons about a Bruno Mannheim character. He apparently murdered John Henry Irons from the planet where Superman and Lois live. Why? Well, we are unaware of that.  Fans of DC Comics may be familiar with the name. The Intergang crime lord Bruno Mannheim originally appeared in Superman’s Friend Jimmy Olsen No. 139 in 1971. He is Superman’s adversary and has made appearances in a number of TV shows throughout the years, including the animated show Superman: The Animated Series and the live-action series Smallville. 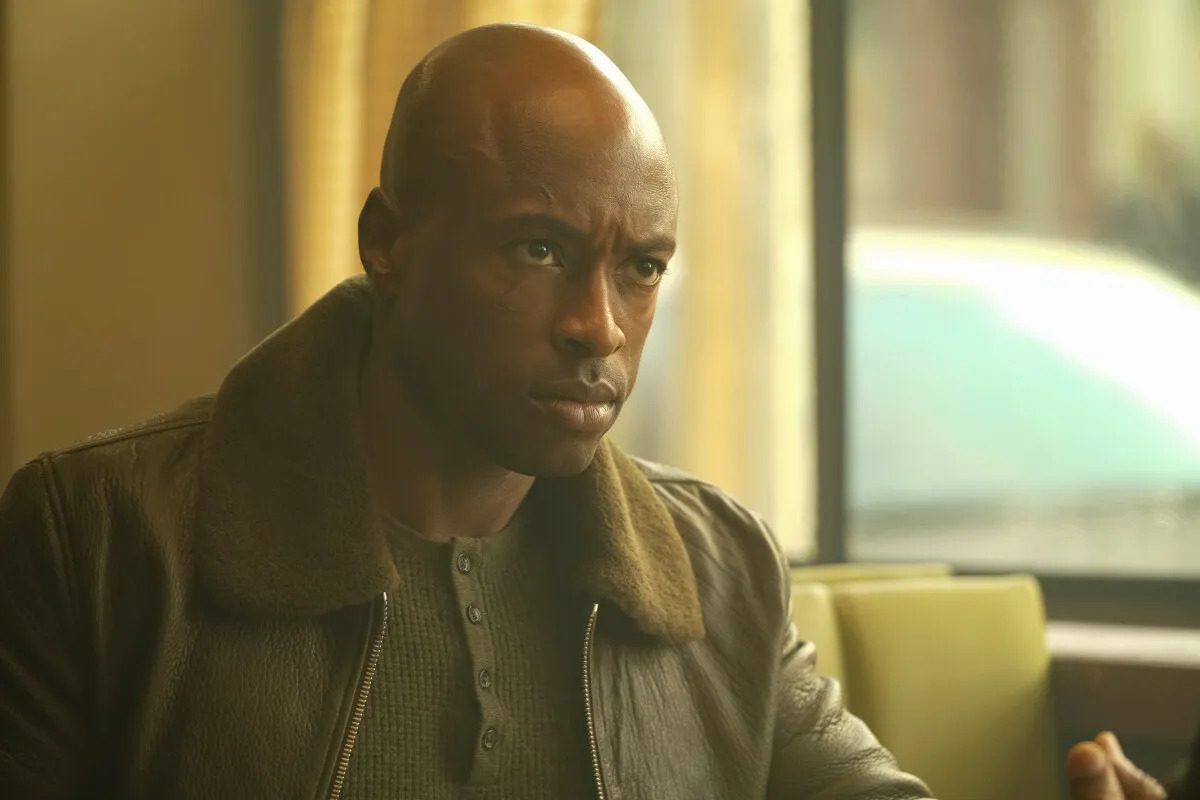 Fans of the Arrowverse may remember the name because Lillian Luthor occasionally mentioned him in Supergirl as a friend of Lex Luthor’s. That was a nod to the Earth-38 version of Supergirl because it was set on different earth at the time. In the meantime, Arrow made a reference to the Earth-1 version. Don’t ask us what planet Superman and Lois are on; the season finale only made matters more unclear. However, it is unclear how this new Bruno Mannheim would connect with Superman and Lois season 3. In the comics, Intergang is renowned for arming themselves with technology provided by New Gods of the planet Apokolips, which is connected to Superman nemesis Darkseid’s home planet of Apokolips.

Is Superman & Lois A Part of Arrowverse?

The Flash and Supergirl’s absence was ultimately explained in the season 2 finale thanks to Sam Lane, as Superman & Lois creator Todd Helbing had previously in the season promised. Sam said he’s seen “leagues of superheroes” across the globe, but “we only have your dad on our world” when arguing that Superman’s plan to stop Ally might work. 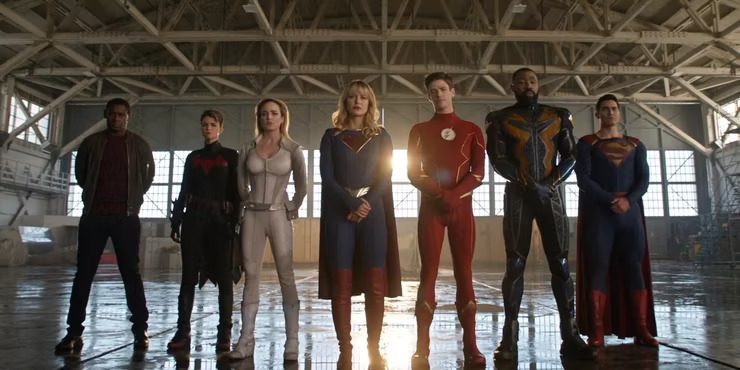 Sam hasn’t forgotten about any of the heroes Superman has worked with in the past, but his speech implies that they all don’t actually exist in the continuity of Superman & Lois. The show has chosen to create its own Superman who lives on an Earth that is a perfect replica of Earth-Prime, albeit without any other heroes, despite the fact that “Crisis on Infinite Earths” placed Superman on Earth-Prime and made it feasible for all of the heroes in the Arrowverse to interact with one another.

Although it is now established that Superman & Lois do not share the same Earth as The Flash and other earlier shows with which it had planned crossovers, there are still certain issues that need to be clarified. For instance, David Ramsey’s John Diggle joined the show as a part of a storyline that recently had a poor conclusion on The Flash. Helbing hinted in the podcast that their Diggle might simply be a new variant of the character, but whether or not fans buy that is ultimately up to them.