Still Standing Season 8 Episode 3 release date is quite soon. The series throws light on a small town in Canada. Throughout the episodes, we get a chance to look at the problem that these areas commonly phase but also the solution which they come up with each time there is an issue. The inspiration for this drama series has come from a Danish drama called Ginsberg på Kanten.

The main genres of the show are comedy and there are reality bits too. Johnny Harris is seen in the lead. He is an actor as well as a comedian. With new episodes, we see new villages in Canada which are struggling with their management. These communities have financial issues as well. Thus, we get an insight into how things work here as Jonny spends time with the locals and tries to understand the lifestyles in a better way.

And by the end of the entries, we see that Jonny takes it upon himself to perform a stand-up comedy of sorts where he puts a lot of relatable information which he has just gathered from the town and the townsfolk. Although, we see the entire stand up which he dies in bits and pieces which are spread throughout the episode rather than just seeing it at the end of each entry. 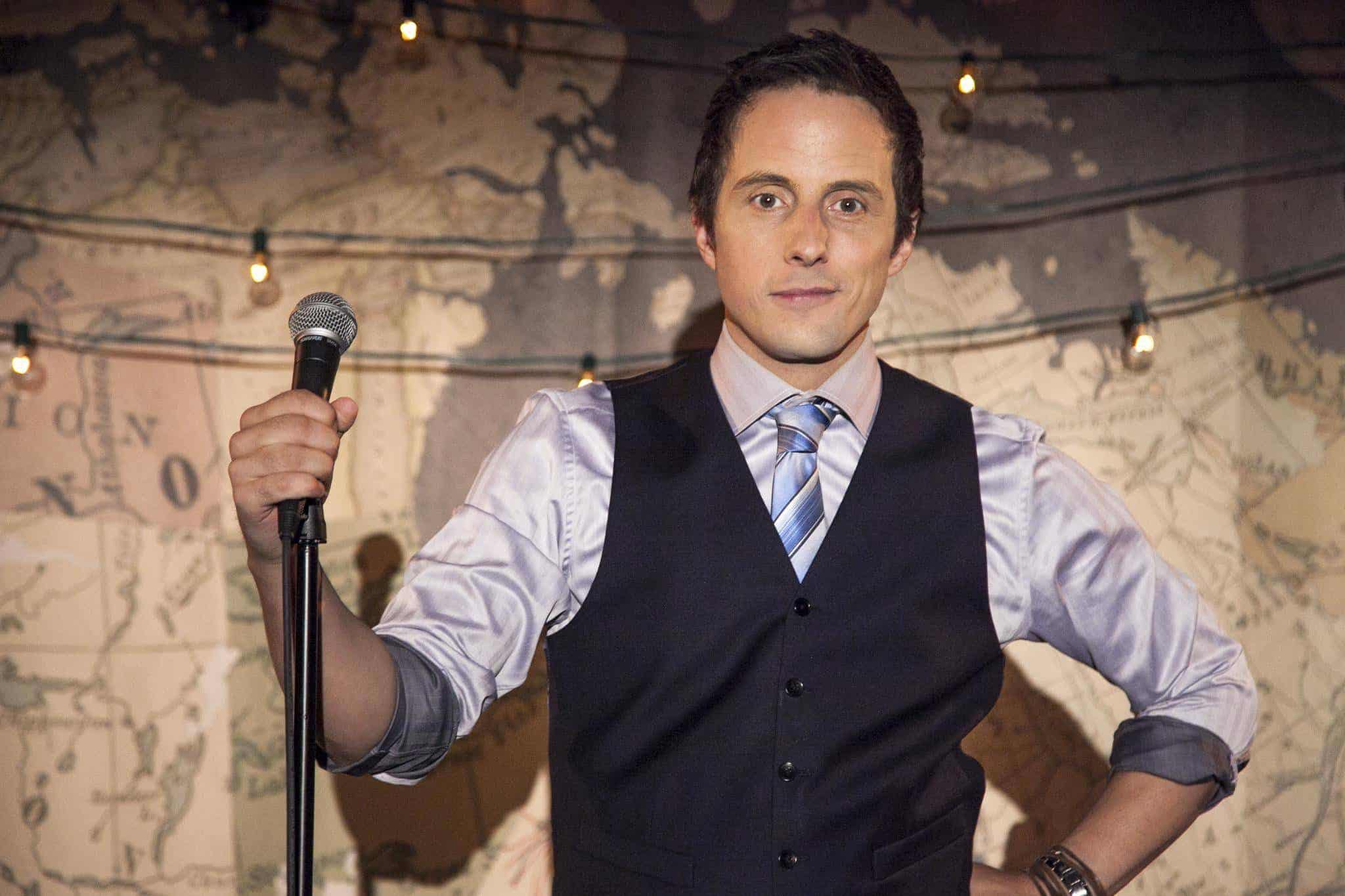 A still of Jonny Harris

Filming for the series takes place in that particular village where the episode will cast an insight. In order to shortlist the villages, each of these communities is required to submit a formal proposal to the producers of the series and later they get assorted into the same. A new 8th season has started airing only recently into the new year and we have decided to back to its most recent and upcoming details.

Back in Still Standing Season 8 Episode 2 titled Oneida, Ontario, we saw a new village called Oneida Nation of the Thames. The people in this town are trying to work really hard in order to get the economy of this place right and going. Then we also get to see a closer look at all the government policies that have banned a certain amount of traditions of these people. Those were some cultural and spiritual practices that used to take place among the locals and have been happening over the past 100 years but not anymore.

Still Standing Season 8 Episode 3 release date is on the 18th of January 2023. The episode is titled Mordem, MB. It will drop out on CBC Canada at 8 PM Eastern Time. New episodes of the series are released every week on Wednesdays and fans can keep an eye on the same.

Still Standing has been on another epic cross-country road trip and this season we've veered off the trans-Canada highway to celebrate Canada's most awe-inspiring small towns and the people who live there.

Still Standing Season 8 Episode 3 will air on CBC. We have mentioned the appropriate date and time for the same above. As for the folks who do not have cable cords at their home, there are other available options as well. CBC Gem streaming service is the one where you can hop on and enjoy all the latest content which goes out on the channel.

Still Standing Season 8 Episode 3 is titled Morden, MB. It will take us to another new village called Mordem in Canada. This place is considered to be one of the growing economies in the country and even in the city called Manitoba. Even its management is growing to be very special in recent times with a whole immigration program as well as the industrial economy which is growing uniquely. They have assorted a special collection of fossils on their land in order to attract tourists and thus, the money with that. Later in the series, we will get to witness the village called Lac LaBiche.