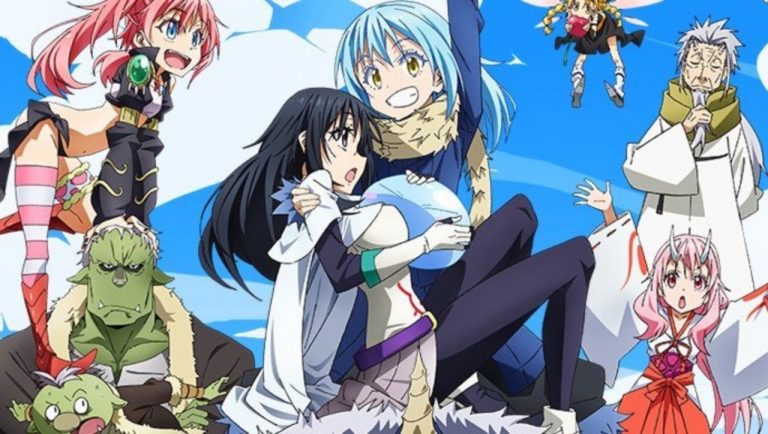 Rimuru is going to pick up a fight with the Demon lord Clayman for manipulating Milim and destroying the town Yuurazania. Chapter 71 called “The Unleashed” of the manga “That Time I Got Reincarnated As A Slime” just released and was very surprising. In this post, we will discuss “The Time I Got Reincarnated As A Slime” Chapter 72, its release date, a few spoilers and everything you need to know!

“The Time I Got Reincarnated As A Slime” also known as TenSura or Slime Isekai is a Japanese fantasy light novel series written by Fuse and illustrated by Mitz Vah. It was serialized online between 2013 and 2016 on the user-generated novel publishing website “Shosetsuka ni Naro”. It was acquired by Micro Magazine, who published their first light novel in 2014. As of March 2020, sixteen volumes have been released. In North America, the light novel has been licensed by Yen Press, who published the first volume in 2017.

Let’s begin with the storyline and then a few spoilers from Chapter 72 of the manga.

Storyline of “The Time I Got Reincarnated As A Slime”

Satoru Mikami is an ordinary 37-year-old corporate worker living in Tokyo. He is almost content with his monotonous life despite the fact that he doesn’t have a girlfriend. During a casual encounter with his colleague, an assailant pops out of nowhere and stabs him. While succumbing to his injuries, a mysterious voice echoes in his mind and recites a series of commands which he could not make sense of.

After regaining consciousness, Satoru discovers that he has been reincarnated as a Slime in an unfamiliar world. At the same time, he also acquires new-found skills, particularly the ability called “Predator”, which allows him to devour anything and mimic its appearance and skills. He stumbles upon Veldora, a Catastrophe-level “Storm Dragon”, who was sealed for 300 years for reducing a town to ashes. Feeling sorry for him, Satoru befriends the dragon, promising to help him in destroying the seal. In return, Veldora bestows upon him the name Rimuru Tempest, to grant him divine protection.

Now free from his stale past life, Rimuru embarks on a quest to prove his worth. As he starts to get used to his current physique, word of his weird accomplishments start to spread like wildfire across the world, changing his fate completely.

“The Time I Got Reincarnated As A Slime” Chapter 72 Spoilers

Few spoilers for chapter 72 are as follows. Rimuru wants to become a True Demon Lord both in name and reality. So he wants to publicly announce it, fight Clayman. Everyone under Rimuru’s command is going to help him do so, even the Beastkeeters are working under him now until they free Carrion.

Rimuru goes to a cave, to meet Gabiru, promotes him, then heads back inside. There he releases Veldora out and after some chit chat, Veldora gets a human form using one of Rimuru’s enchanted clones. It seems as though Rimuru is angry and will be in need of Veldora’s help and support to defeat Clayman as he can’t forgive him for controlling Milim, in addition to this, he was the true mastermind behind the Orc Disaster incident. He is also plotting war between humans and monsters wanting it to result in the demise of Tempest. So condisering all these incidents, Rimuru is planning something for him.

In the upcoming chapters we are going to see all the Demon Lords in one place in a Banquet. Something big is coming, so stay tuned!

The usual release schedule for the Manga releases a new chapter in a span of 25-30 days. Seeing the latest release of chapter 71 on the 29th of May, 2020, it should be another month before the release of Chapter 72. And so, with no official release date, Chapter 72 of “The Time I Got Reincarnated As A Slime” is likely to be released by 29th June 2020. We will keep you posted with any updates on the same at the earliest.

For those eager to read the new Chapter 72, you can do so online as soon as they are released on official sources but in Japanese. The translation takes 2 days after the official release and the translated version can be accessed on Mangafreak.net.