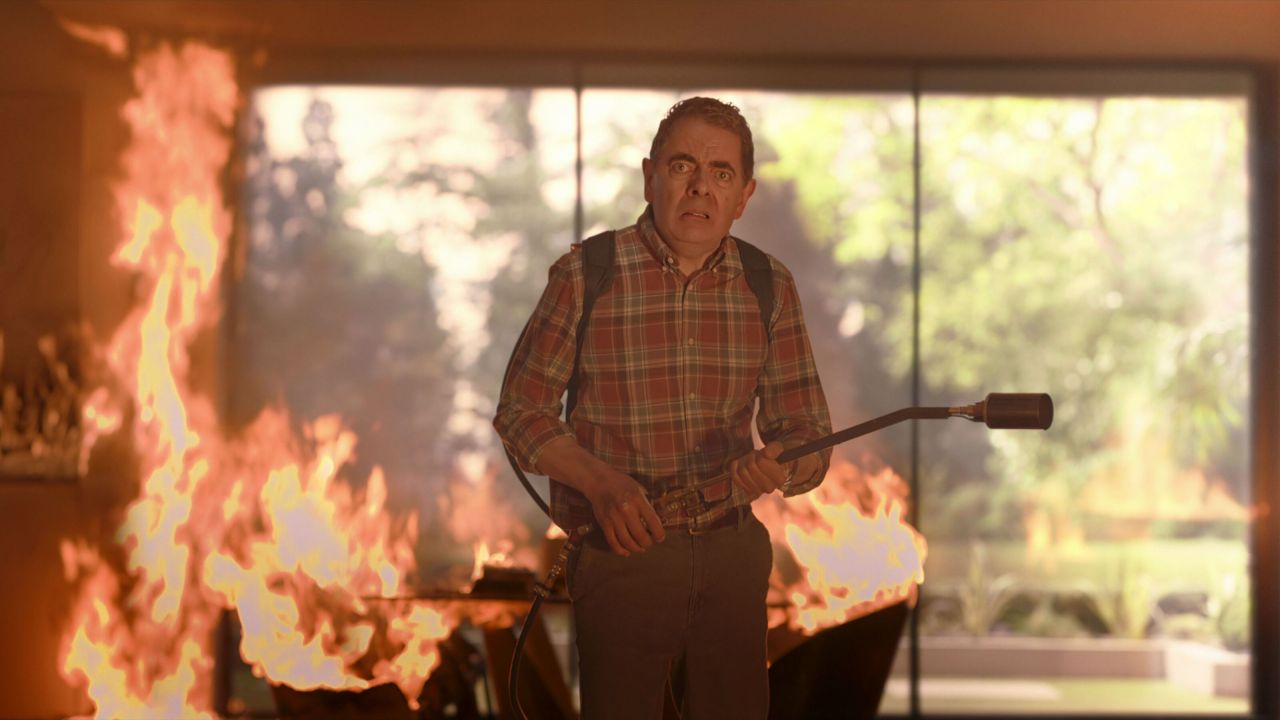 With his legendary roles as Mr. Bean, Blackadder, and Johnny English, Rowan Atkinson has established a very profitable career playing clumsy idiots or cunning con artists. In the wonderful slapstick comedy Man vs Bee, Atkinson blends these two characters from his long career for maximum laughs. The series, like Ronseal, does exactly as it says in the title, focusing on the conflicts between a clueless man and a cheeky bumblebee in nine condensed episodes.

On his first job, our protagonist Trevor (Rowan Atkinson), a naïve house sitter, finds himself in charge of a wealthy couple’s mansion. Trevor, who recently got divorced, just wants to make some money so he can take his kid on a camping trip. Little does he realize, however, that this straightforward work will push the loving father to the limits.

The acting in this Netflix show was exceptional, and Atkinson did not disappoint. As his fans have grown to expect from him, the slapstick king kept Man vs Bee together by giving a passionate and dramatic (but not over-dramatic) performance to make up for the lack of co-actors.

Rowan Atkinson’s era is finished, and this series serves to remind viewers that slapstick comedy is no longer popular. His genius is most appreciated for his sitcoms like “Blackadder” and “Mr. Bean,” which debuted almost three decades ago. It is very little in the Netflix series “Man vs Bee” that will keep you hooked. It’s more of a permutations and combinations game for the audience to deduce the various ways a bee may annoy a guy and how a man might come up with strategies to either kill the bee or scare it away. For the first eight episodes, this cycle is repeated, and Rowan—despite being a clumsy worker—is finally elevated to the status of hero only in the ninth and final episode. It all seems cruel. 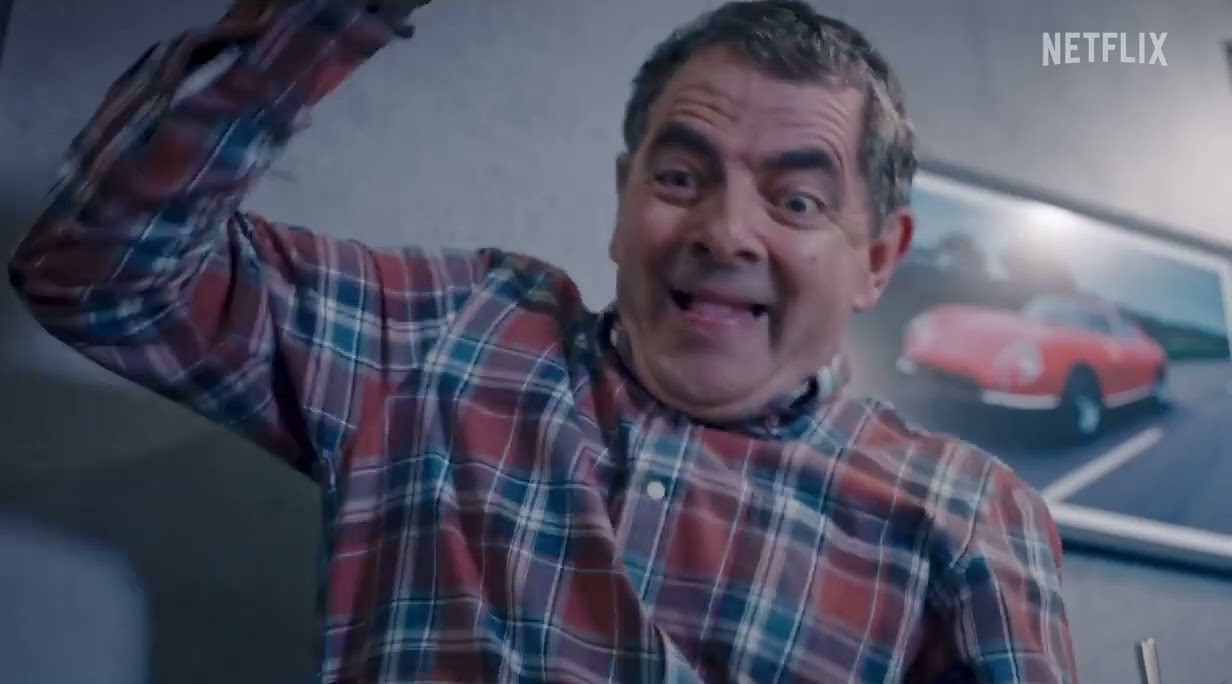 When Nina and Eric decide it’s time to take a vacation from their luxurious estate, they contact a company that sends Trevor Bingley to take care of the house. As soon as they depart and a bee enters the luxurious home, turmoil and trauma follow. The process starts with the head of a stone artifact being separated from its body. Later, we watch the dog tearing apart sofa furniture and tearing up book pages. Instead, Trevor occasionally tries to get the bee in the microwave or even by detonating a bomb in the climax. A guidebook that Nina gives to Trevor covers every aspect of the mansion, but that document also burns down as a result of Trevor’s careless error, and everything else that might possibly go wrong goes wrong.

The author Will Davies does a good job of giving viewers a hint of what will happen in Man vs. Bee. It succeeds because viewers aren’t concerned with the effects of several odd and poorly thought-out acts. They might instead continue to be curious about how Bingley got there. While Trevor Bingley came across as a dense person for whom everything that can go wrong did. But compared to his work on Whistler’s mother’s painting, he performed a much better job of patching things up. Which reminded us of The Mona Lisa Painting scene from The Mr. Bean movie

Final Thoughts On Man vs Bee

It would be difficult to evaluate Rowan Atkinson’s performance of Trevor in the show because he is primarily shown acting in slapstick humor, which initially captures your attention but then loses it. Only Rowan’s fans should watch this series. The scenes where Trevor interacts with the neighborhood cops offer viewers the only escape from overexerted comedy. The reactions of the policeman to Trevor’s slapstick humor are hilarious, as are the expressions on his face. Then there is another instance when Trevor is on videocall with the home’s owners and, when faced with a tricky issue, he freezes to make it appear as though there is a network issue. 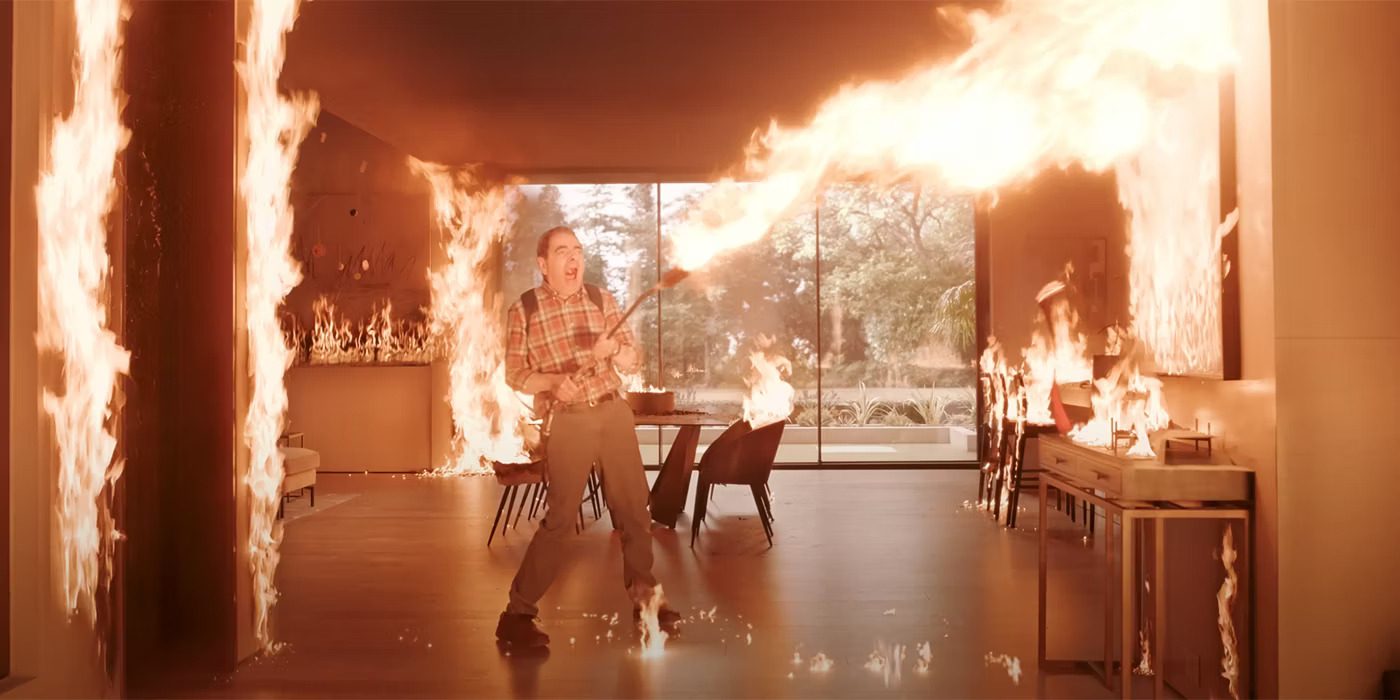 The acting was acceptable, but although being presented effectively, the repeated jokes were generally unfunny. The jokes in episode 4 reminded us of a moment from Atkinson’s “The Trouble with Mr. Bean,” and we thought they were really silly. The fact that Atkinson, a renowned comic, used such a prank is shocking. The bee’s apparent supernatural abilities and its desire to follow Atkinson made me think of Mystery Inc.’s efforts to capture the “monsters.” Cat Concerto, a scene from a Tom and Jerry episode, also popped into my head. These tributes were enjoyable, but their use in a live-action series felt out of place.

While the idea promises us Man vs. Bee, viewers may become frustrated if they anticipate that the man’s crazy attempts to capture the bee will fail. Despite this, it’s hard to deny that Rowan Atkinson excels in each of the nine episodes. The use of jokes from vintage cartoons may make older audiences chuckle. These jokes aren’t stretched, despite the fact that many people might find them to be unfunny. One might not have enough time to digest it before they have watched five or six episodes.