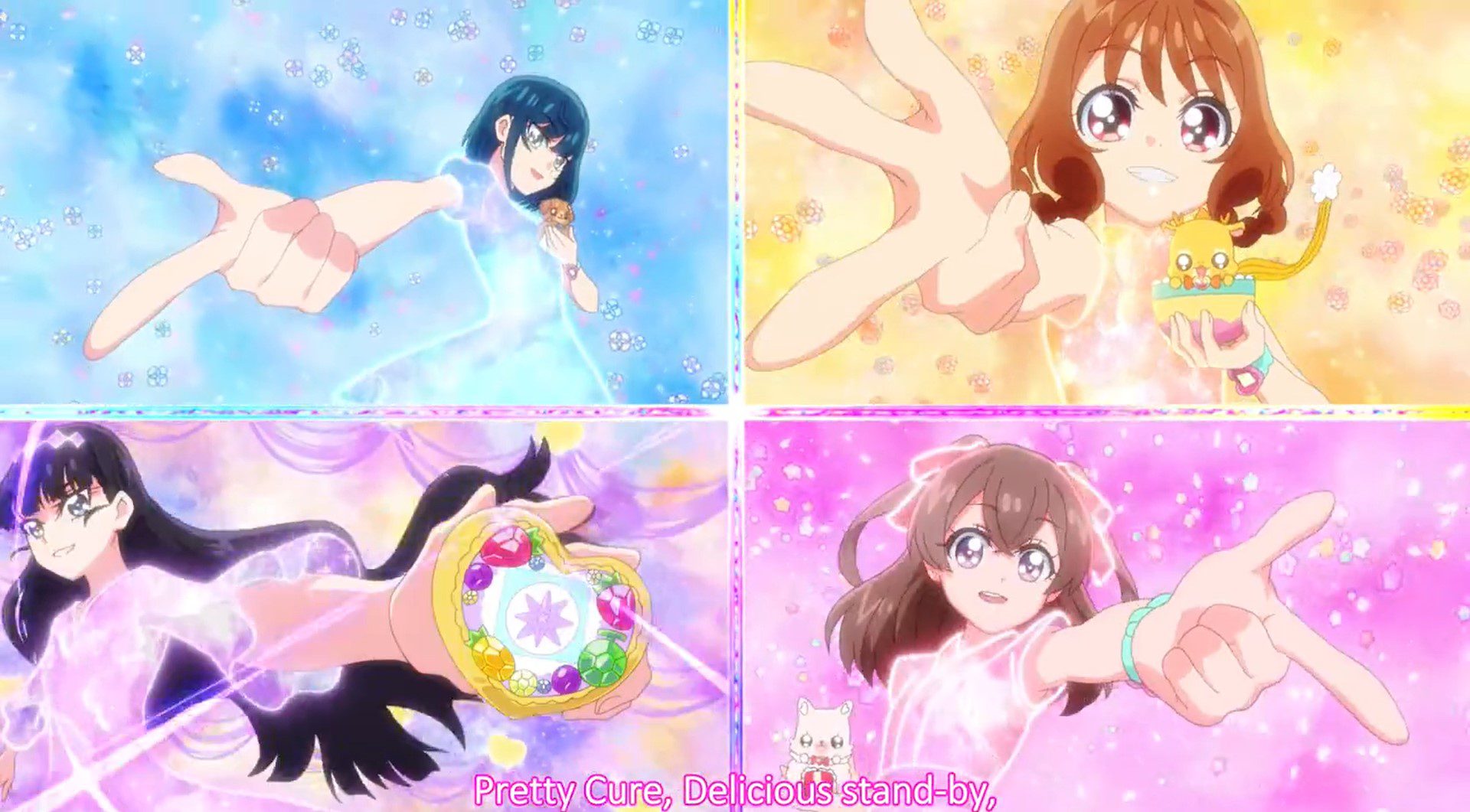 In the anime, the plot revolves around the Kingdom of the Cookingdom, the place which is responsible for all the cuisines in multiple worlds. The Recipe-Bon, a kingdom treasure, has somehow been stolen by Phantom Thieves. “Bundle Gang” is the name given to these thieves.

This group wants to control the cooking. This causes the kingdom’s energy fairies to be unleashed. The energy fairies were dispatched to the human realm. Their destination was Oishiina Town. They make friends with Yui Nagomi, Ran Hanamichi, and Kokone Fuwa in this town. As a result of this, they begin to fight against the bundle gang and bring back the Recipe Bon.

Episode 27 starts with Kome-Kome She became the odd one out when she became her humanoid shape, unable to conceal her ears and tail. She got uneasy about them and wanted to get rid of them as quickly as possible so that she could blend in and be comfortable with Ran’s brothers Rin and Run (who did not notice anything weird about her distinctive look). After she met Ran, she eventually learned that it’s okay to be different and that it’s normal to be insecure about it, but that doesn’t mean she should change herself to be accepted. 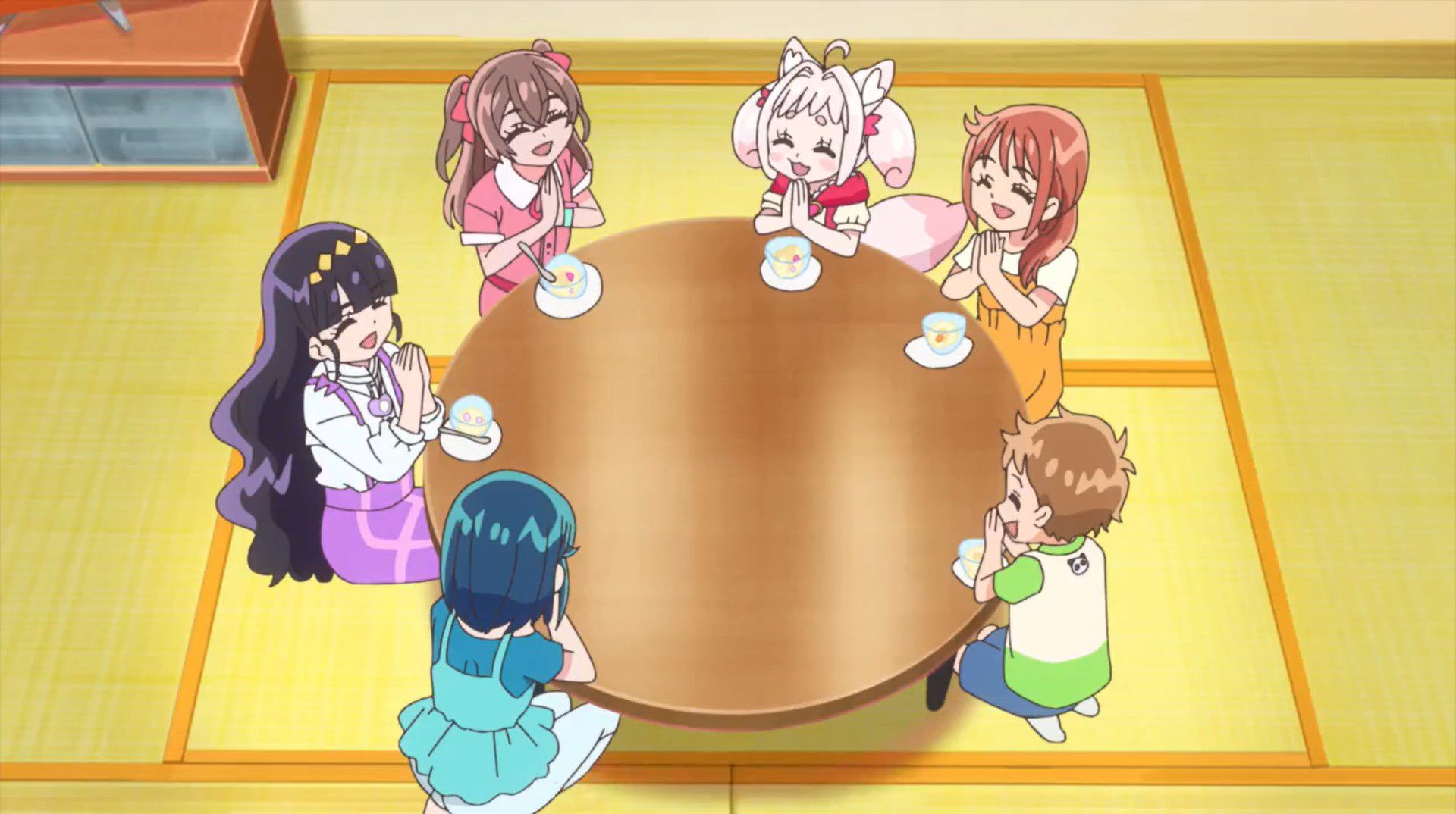 The Bundoru Gang dropped us with several very curious details about Narcistoru at the same time as all this was happening. Secretoru revealed to us during a talk with Spiritoru that Spiritoru’s information is based on Narcistoru’s thoughts, which I found to be rather abrupt. The first crucial indication is provided by Spirtoru’s self-description as a “Picky Eater,” in which he compares eating to “torture,” “unpleasant,” and “not pleasurable.” Because Narcistoru doesn’t have any good memories or joy for food, Spiritoru couldn’t understand what Ran and Yui were saying about food being a source of happiness and cheer. 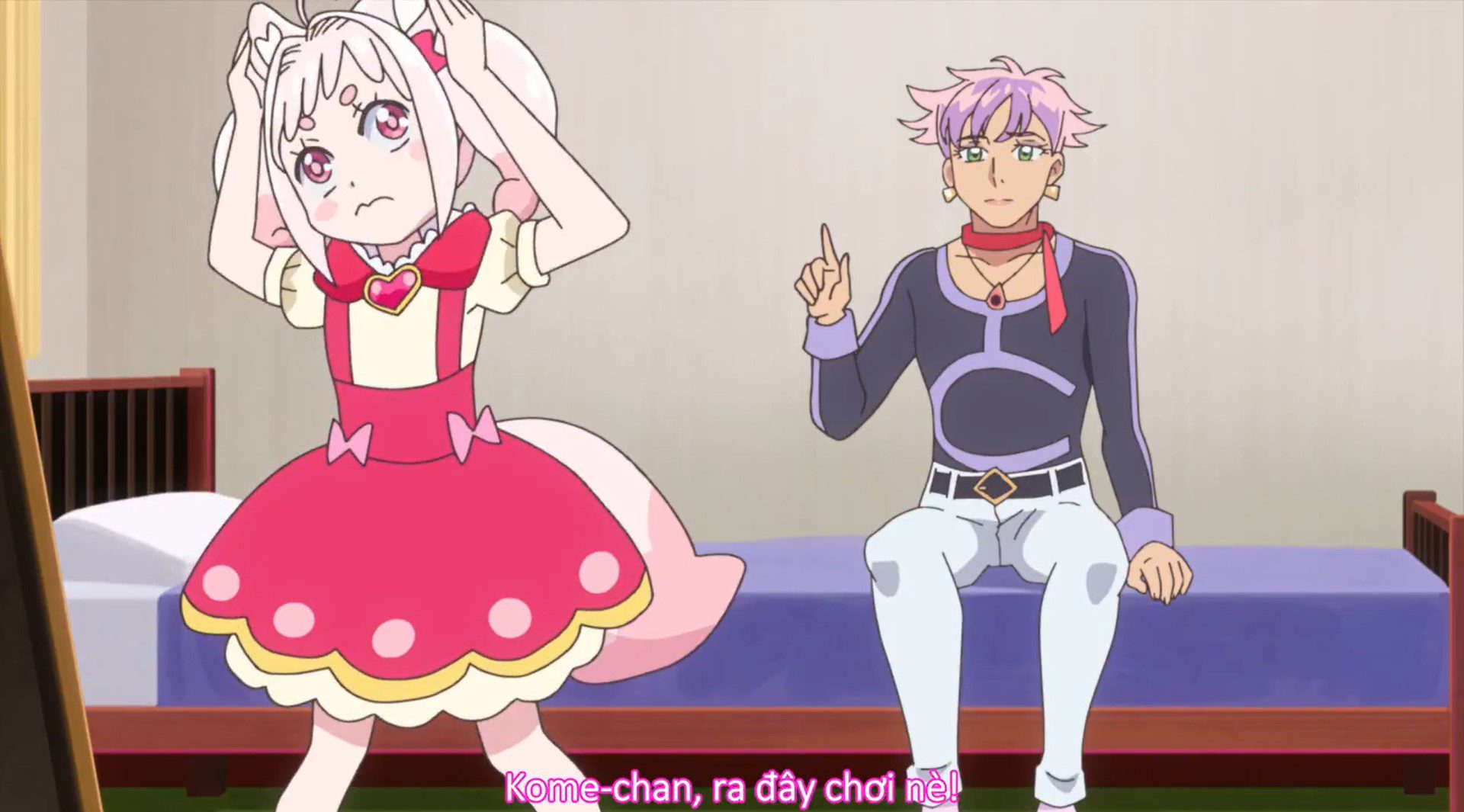 It seems to me that Narcistoru abhors food and the idea of enjoying meals so much has to do with some kind of trauma. In this way, he can’t help but associate it negatively, and that’s why his powers involve stealing food-related memories. Without those memories, you can’t be hurt by them. I also wondered whether Narcistoru may be suffering from an eating disorder as a result of his feelings. Since there are many types, I won’t list any specifics until we are provided with more details. Based on what we know about his personality and the fact that this show is so heavily themed around enjoying and appreciating our food while he feels disgusted, this is a very real possibility. 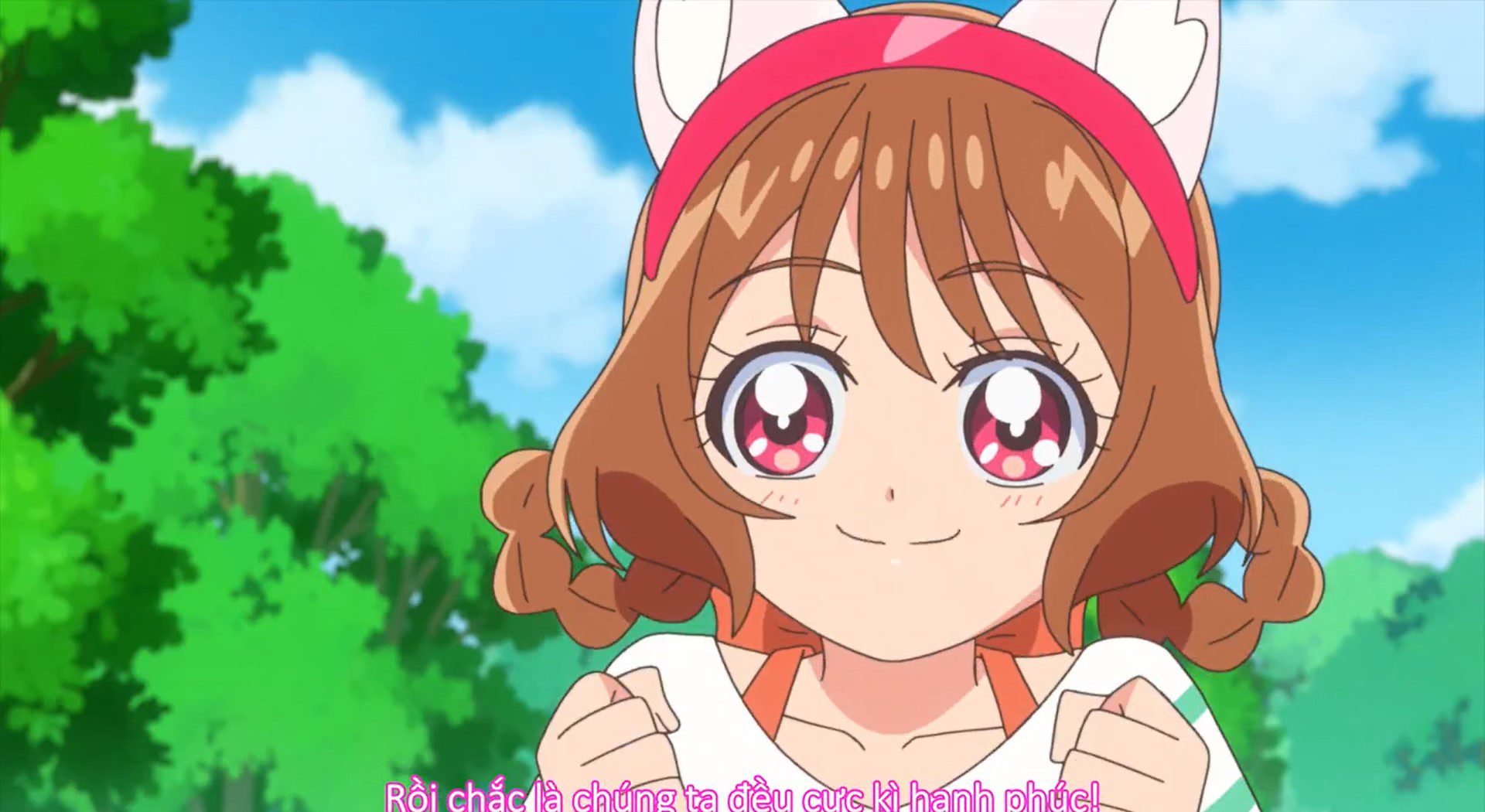 Additionally, Kome-Kome has grown up a great deal and is no longer just a little girl. She’s a lot more capable now, and we’re about to see her contribution to the team with a new power next week. My expectation at this point is that she’ll be the fifth Precure, but I hope that doesn’t happen. As long as she serves the purpose of giving them more power, which appears to be happening next week, I don’t mind. Given that her name is Connected Mochimochitto Fukkurara Glycogen Komex II, it seems she may have some significance in her heritage. Interestingly, it seems Pam-Pam knew her predecessor as she mentioned how nostalgic she was when the name was mentioned. But we don’t know what happened to them. 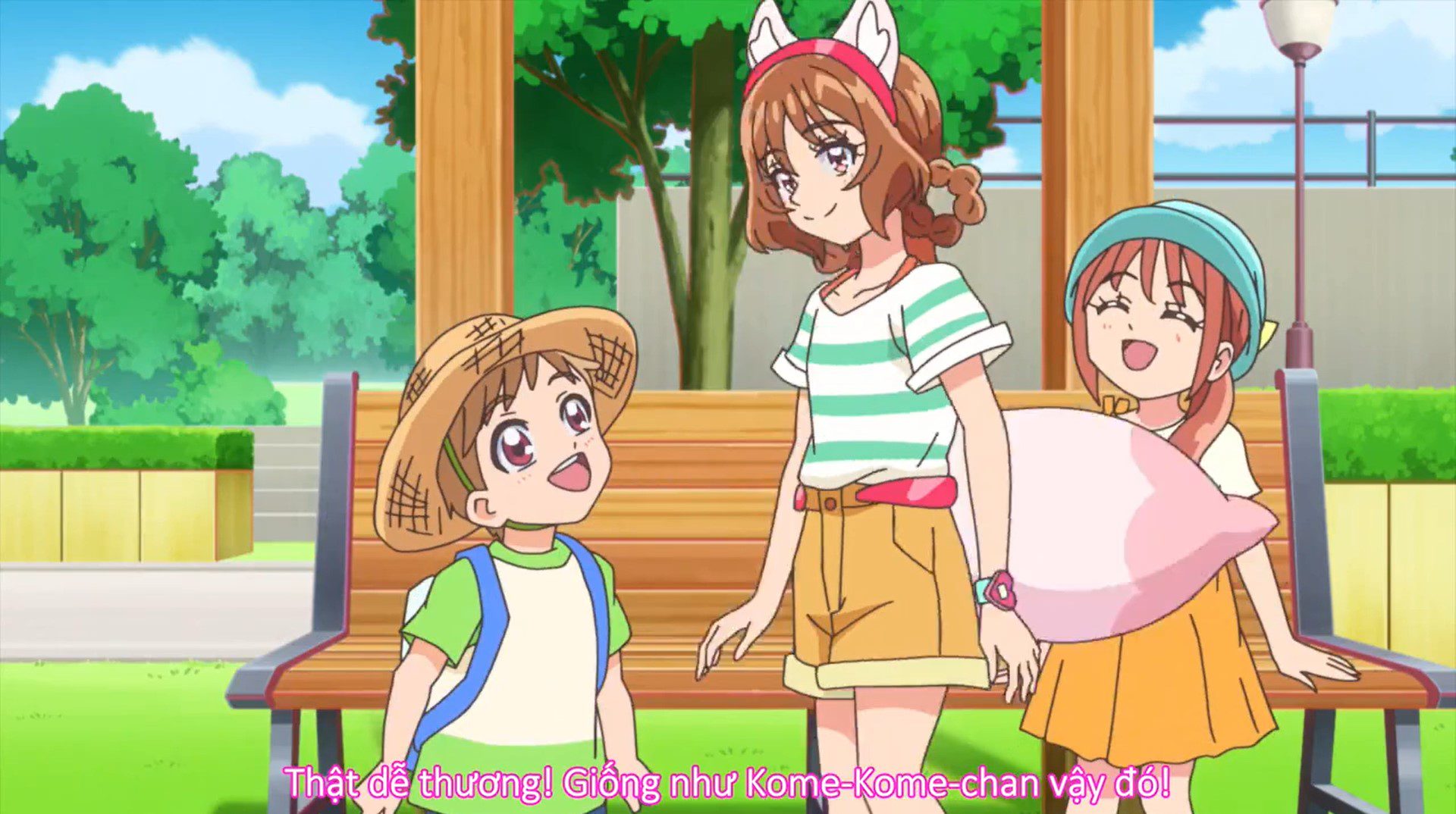 Although there were parts that bored me, it was the realization that what Kome-Kome was experiencing today might have been a reflection of what could have led Narcistoru to develop a negative relationship with food that kept my attention. While I do think the build-up for this could have been more effective, I did feel that it could have been better.

In this episode, they did a lot of “telling”, when Spiritoru’s dialogue and behavior would have been enough to convey the message. Aside from that, the film also felt rushed because it appears Spiritoru is about to be cast aside too quickly since he has served his purpose of buying Narcistoru time to build his new device, and he has revealed crucial information about him that wouldn’t have been revealed otherwise. 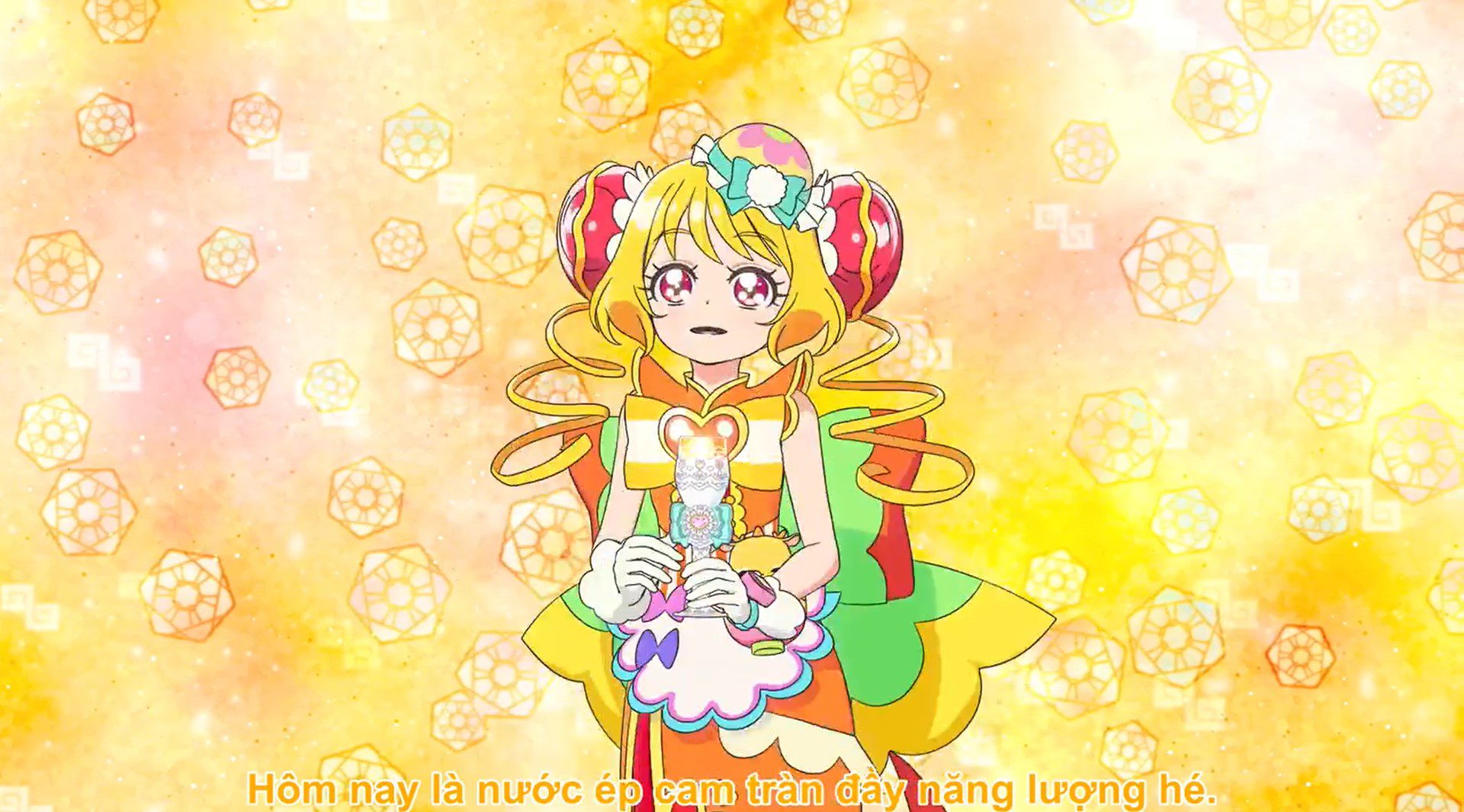 As such, I sincerely hope this won’t be the last “event” with Narcistoru as the antagonist. Although he’s an interesting character, I am not ready to see him fall just yet. After Gentlu was finished, there was just Narcistoru to add to the pool, which left me wondering how they were managing the antagonists this season. We’re wondering if Secretoru will ever do anything at this rate since she has been completely passive, standing idle and uttering forgettable one-liners. Narcistoru has been the most interesting antagonist so far, but let’s be honest, we could use a little more spice.