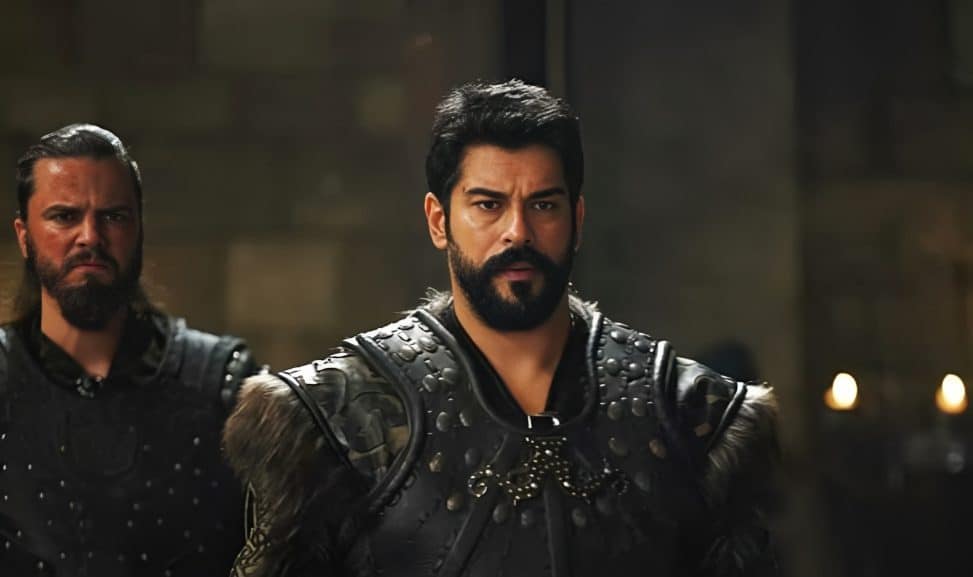 Excited for Kurulus Osman Season 4 Episode 16? In episode 15, in order to save Sheikh and Bala, Osman took Mesut to the palace. However, Ismihan abruptly changed his mind and immediately issued the order for the execution. Additionally, she invited Olof outside. The Sultan came with his soldiers as Osman fought to rescue the Sheikh and his wife from the rope. Soon after, Kantakuzenos also showed up to take Osman. The Sultan rejected Kantakuzenos’ proposal that the Byzantine court should handle Osman’s case.

When Bengi noticed Olof enter the fort, she lost control and started yelling at Ismihan. The Sultan gave the order to arrest Osman and Bala. Kumral made an effort to create a pandemic cure, but it was ineffective in stopping the sickness. And after giving the order for the alps to rob Marta’s store, Malhun headed for the palace. Sultan begged for Sheikh’s mercy and revealed his intention to bring Aladdin to Konya. However, Sheik stated that he did not like living in this Palace and would not allow him to take Aladdin without Osman’s permission.

Before diving into Kurulus Osman Season 4 Episode 16, let’s quickly do a recap of Episode 15. In episode 15, when Kantakuzenos and Olof arrived in the woods, he swore that he must do whatever it takes to take the holy slab away from Osman. Ismihan showed up with her soldiers and promised to open doors for them to infiltrate the fort as Olof was giving Kantakouzenos the order to kill the Emperor. 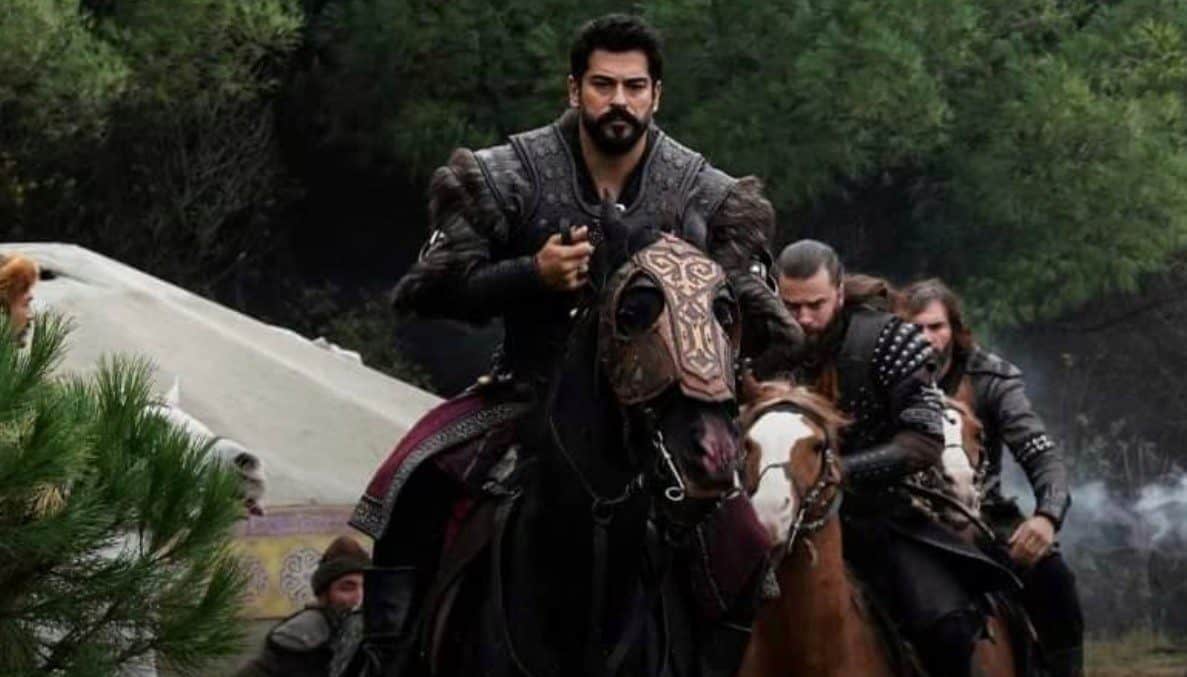 Osman and his men

After Osman and his wife had completed their prayer, soldiers brought him before the Sultan to speak with him and warned him that he would eventually be held responsible for his actions. Sultan informed him that the court would sentence him to death. Later that evening, Kantakuzenos visited the Palace accompanied by his soldiers pulling carts as they made their way to the prison.

After learning about Osman’s condition, Malhun began to oppose the Sultan. Kantakuzenos took full advantage of Bala so that he could take out Osman of the prison. When Boran arrived at the prison, he saw that Osman was already taken hostage. Ismihan stated that she would inform everyone that Osman escaped on his own since he was at fault.

Osman was then taken to a cave by Kantakuzenos in order to ask some questions.  After some beating, Osman told him the location of the holy slab. Then Kantakuzenos went to speak with a shepherd in order to find the holy cross.

Osman was able to untie his hands and join Olof and Frigg in the fight. He fled into the woods with Bala. Olof chased him with an army but was ambushed by Osman’s troops. Ismihan requested Malhun to go away to her tribe. Osman arrived and killed Kantakuzenos while he was pursuing the shepherd for that holy cross.

One of Odman’s troops was ordered to deliver Kantakuzenos’ body to Ismihan. After having dinner that evening, Osman returned to the tribe with Bala. Now we will discuss when will Episode 16 of Kurulus Osman Season 4 will release. 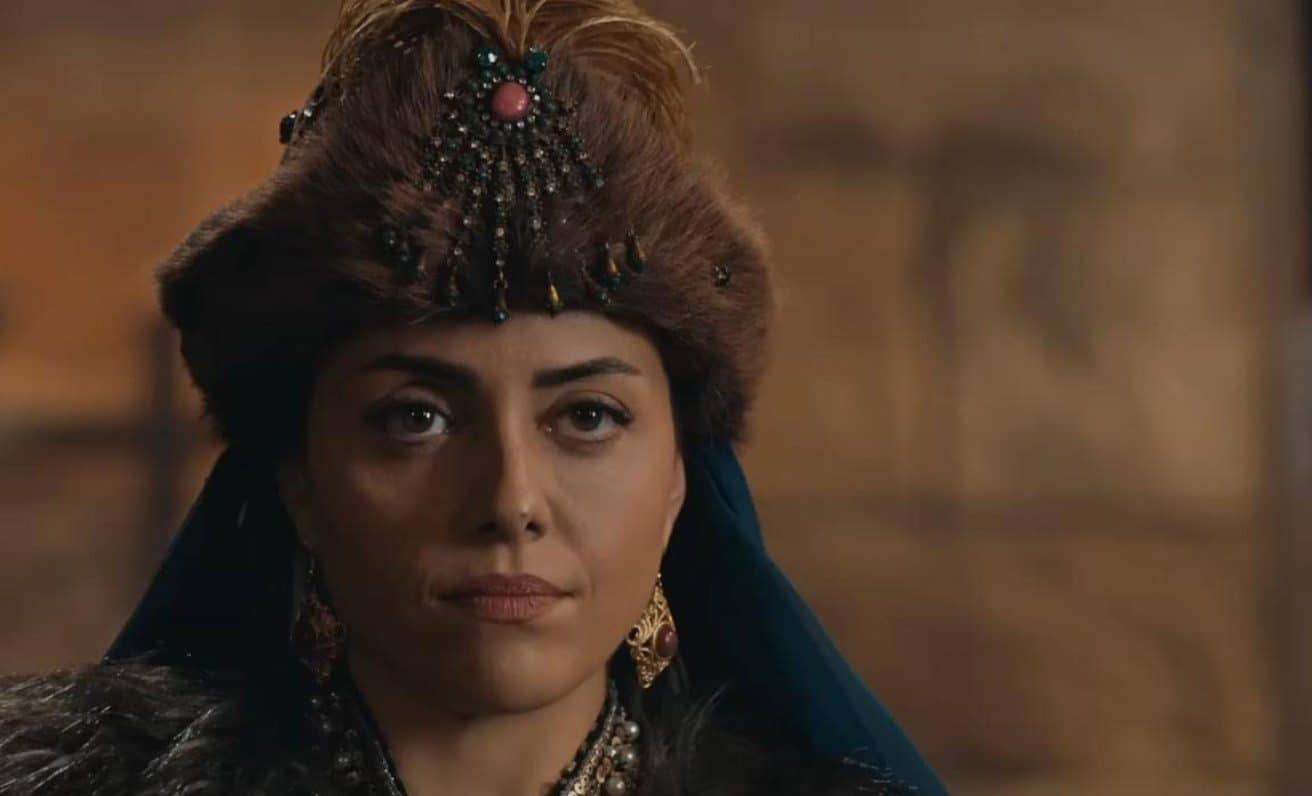 Kurulus Osman Season 4 Episode 16 will release on 25th January 2023 on ATV. This will be the 114th Episode of the show. Kurulus Osman’s fourth season’s episode count hasn’t been revealed, but the first three seasons each featured between 27 and 37 episodes.

Episode 16 of Kurulus Osman Season 4 will air at 10 am PT. Just turn on your ATV channel when it’s time for the show.  The episode will be broadcast on ATV and then made available to the public with English subtitles on Kurulus Osman’s website and YouTube channel. Even though there was no fixed schedule, the first few episodes were uploaded to YouTube at 12:17 in the morning in Turkey.

Also Read: Seal Team Season 7: Is The Show Renewed For A New Season?