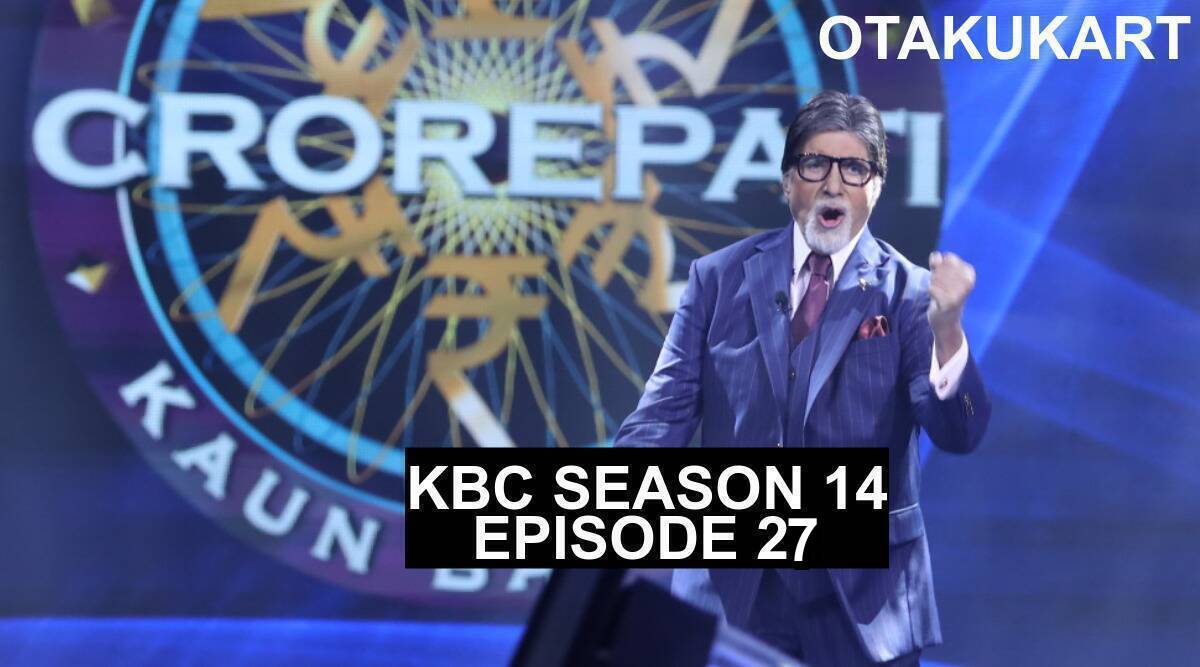 There has been a dearth of good family shows on Indian TV for a while now. And due to the rise of OTT content consumption, most people don’t even switch on their TVs nowadays. But there is one game show that compels you to pick that TV remote up. Yes, we are referring to the longest-running game show in India, Kaun Banega Crorepati. Amitabh Bachchan as the host is one of the significant reasons the show is so successful, but the biggest reason behind its massive popularity is “relatability.”

People from different statuses, economic backgrounds, and struggle stories come together on the platform because our “knowledge” makes us equal.” The audience can relate to the contestants, their lives, and their struggles. And participating in the game show while sitting at home is another level of fun. Anticipating who will win and how much is he/she going to win is what people look forward to in the next episodes. So fans are eager to know when the upcoming episodes will come out.

Let’s fill in for those who missed out on the previous episodes by saying what Mr. Big B says “Arambh Kiya Jaye.” In ‘Kaun Banega Crorepati season 14, episode 26, Naveen Kumar from Haryana took over the hot seat. And as he got stuck at the 11th question for Rs. 6,40,000, he opted to use his first lifeline, “audience poll.”

Unfortunately, the audience voted for the wrong answer, and Naveen could take a mere Rs. 3,20,000 home. It’s rare for the audience to get their answers wrong in the show, but it was just not Naveen’s day. Another contestant named Jay Umesh Shah from Gujarat expressed his happiness to meet Amitabh Bachchan after struggling for 22 years to get an entry into the show. However, the biggest fan of Big B, as he claims, couldn’t take the leap towards Rs. 12,00,000 and bagged Rs. 6,40,000 instead. What mattered to him was meeting his idol, Mr. Amitabh, for the first time, and winning a cash prize was secondary.

Getting back to the question of the hour, when will ‘Kaun Banega Crorepati season 14 episode 27’ be out? Dig in to find out!

The trailer promises an entertaining and wholesome episode. ‘Kaun Banega Crorepati Season 14 Episode 27’ is about a woman who defies all odds. A perfect example of ‘nothing can stop you.’ Aneri, who has a complete visual impairment, will grace the hot seat in the upcoming episode. But her visual impairment doesn’t deter her from fulfilling her dreams. She is currently an English professor’s assistant for a high school. These stories set KBC apart from other reality shows on Indian TV. The stories are real, not scripted ones added to the show for drama.

We see a fun interaction between Aneri and Mr. Bachchan since she is starstruck like all the other contestants. The trailer for ‘Kaun Banega Crorepati Season 14 Episode 27’ offers a glimpse into the tense upcoming episode as Aneri will find herself in a tough spot while answering the 12th question for a massive Rs. 25,00,000. She looks exceptionally anxious but successfully wins 25 Lakhs, thus setting an example for all women.

Another contestant, whose name has not been revealed yet, will be playing for the 14th question, which can lead him to Rs. 50,00,000. Mr. Big B lightens up the mood by asking what he will be gifting his girlfriend to express his love. The man bursts out into laughter, saying he does not know. After hearing his reply, Mr. Amitabh Bachchan’s expressions seem to be the highlight of the upcoming episode. Back to the game, the contestant looks immensely tense at such a significant spot in the game, which is understandable because one wrong answer will make him fall down to Rs. 3,20,000.

So where can you watch ‘Kaun Banega Crorepati season 14 episode 27’? ‘Kaun Banega Crorepati season 14 episode 27’ will be broadcast on Sony entertainment television. Apart from Sony entertainment television, the show will be available for live streaming on the Sony channel’s app, Sony Liv. It will be available for watching on Sony Liv after one hour of the TV premiere.