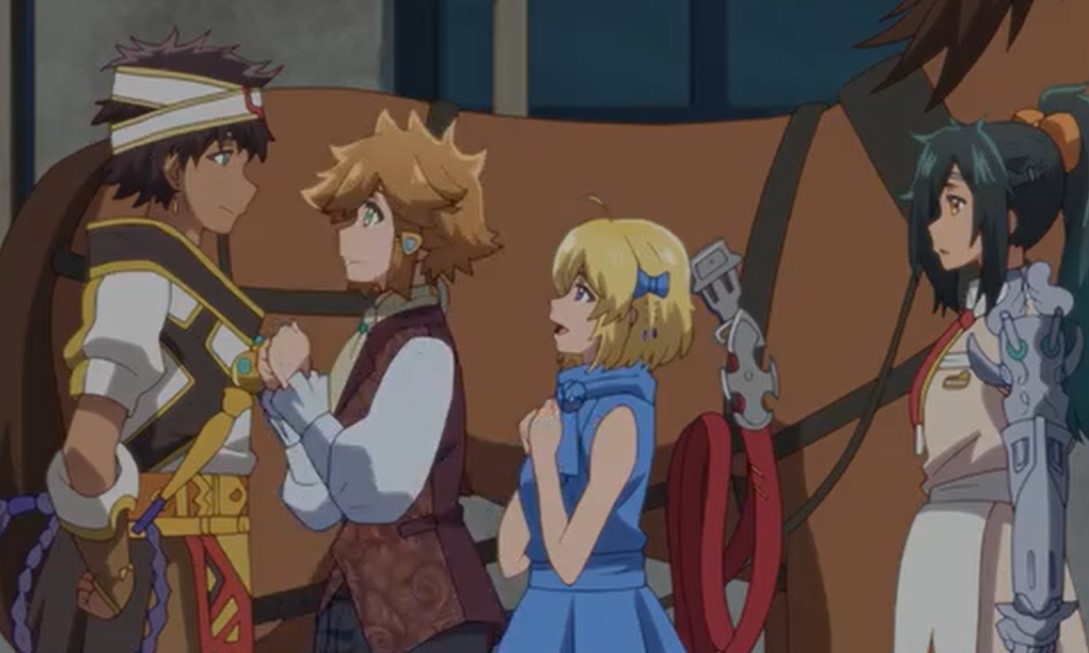 Lloyd visited the hotel where Chrome appointed him. The owner of the hotel Cadin was surprised when he saw Lloyd. Lloyd’s powers was overwhelming, but he accepted him since Lloyd is an innocent, cool boy. Cadin shows Lloyd around and how he is going to work. He introduces Lloyd to Kyoku, who was stunned to see Lloyd’s strength. Riho and Selen also followed Lloyd to his new workplace.

Cadin notices that Theorine is up to something in the morning, and he decides to find out. At the same time, Lloyd and Selen are near the lake. Selen thinks that’s a perfect date for her and Lloyd near the lake. She asks Lloyd to tell her that she is beautiful since their marriage will be fixed soon. Lloyd hesitates to tell her, and she asks him to thinks about something like trees or lakes. He told her that she is beautiful, like a blue lake.

Suppose a Kid from the Last Dungeon Boonies Moved to a Starter Town? Episode 9 will be released on Monday, 1 March 2021, at 10:00 PM JST. You can access more updates on Funimation and AnimeLab.

Selen jumps out of excitement that her king of heart has told her that she is beautiful. She started to praise Lloyd and how their marriage will be like. Selen said that they have to go for it since her feeling has risen up. She holds Lloyd tight and wanted to kiss him. Riho arrives and smacks her before she kisses Lloyd. Selen comments that Riho has ruined her marriage and romantic moment. Riho reminds Selen that they didn’t come here for a date; they are on a mission. 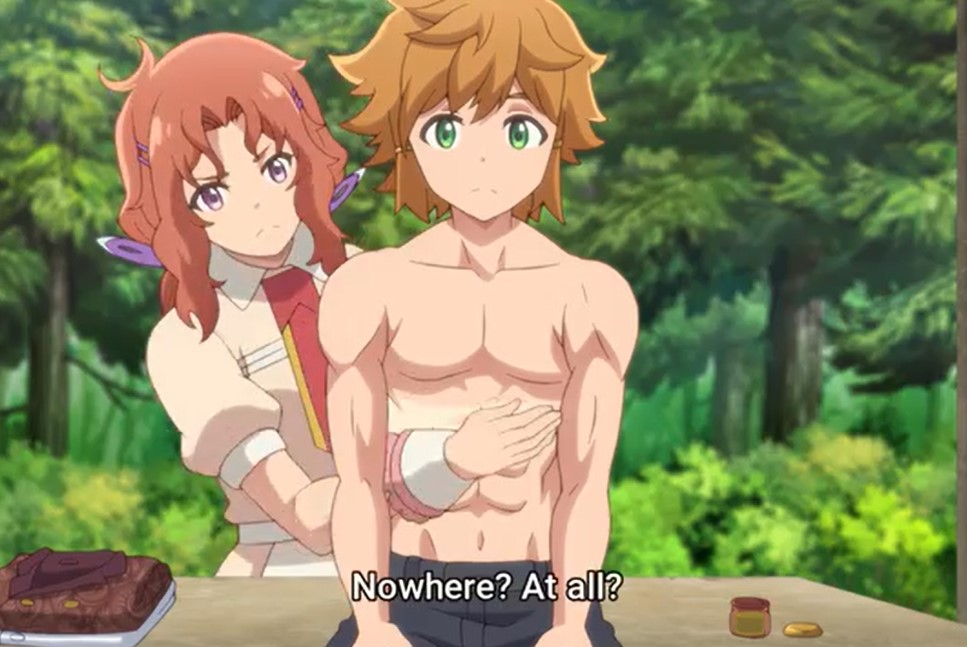 Later, they went near the building and talk about the investigations they are going to do in the hotel. Lloyd notices a wagon coming towards them. He realizes that it is his brother Shoma from the village. He introduces Shoma to everyone. Selen hugs Lloyd, and Shoma wonders who this lady is doing that. Lloyd notices that Shoma is looking, and he told him that they are his friends. Shoma smiles since in their village; they don’t have to touch a girl without introducing her to the family.

Lloyd told Shoma that he is enrolled in the Academy and he will become a soldier. Shoma is glad since Lloyd keeps on failing entrance exams. Lloyd asks Shoma what he is carrying inside the wagon. Shoma replies that he is carrying firebombs and he worked for this hotel. They are both glad that they work in the same hotel. Shoma asks Lloyd to unpack the package since he is going to do some work.

He left them, and they started to do the job, but Selen tricks Riho. She grabs Lloyd and runs away for Riho to do the job alone. While they are outside, Selen told Lloyd that they are going to continue with their date. They enjoy eating icecream. They tell each other love stories and relax at the park. Selen asks Lloyd to ride a boat with her at the lake since he said she is beautiful, like a blue lake. Lloyd agrees to everything that Selen told him.

When they are inside the lake Selen opens the truth about her cursed belts. Selen reveals that her father tried everything to break her curse belts. But later, he thought Selen’s cursed belts would be broken when she gets married. He tried to get her married many times, but she was not interested. She got tired of her family telling her about the curse and bringing guys for her to choose the one she will get married to. 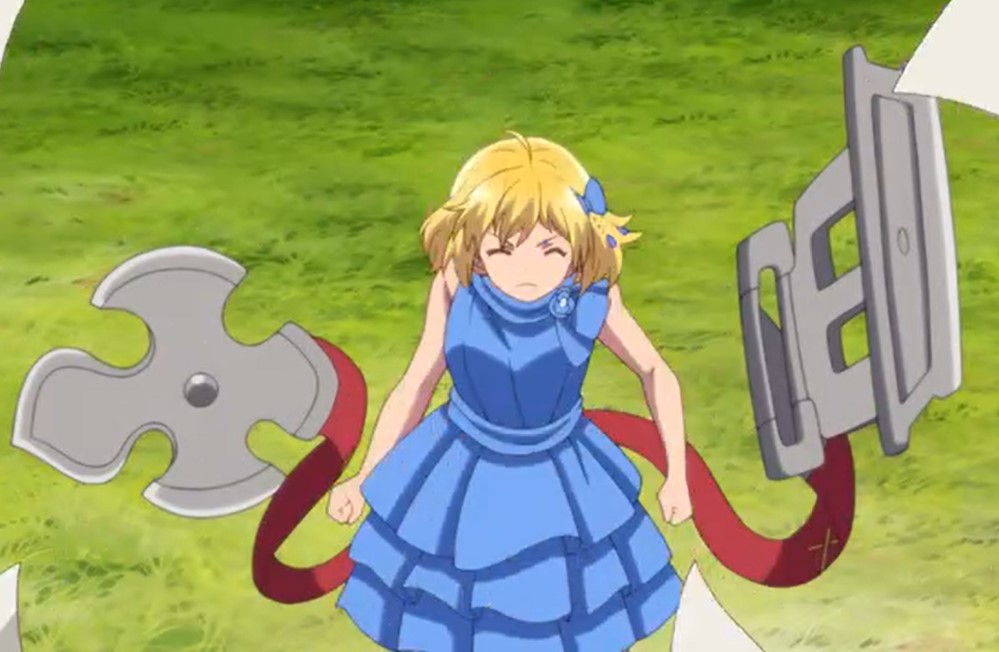 Selen got enrolled in the Academy and met with Lloyd. That is where she fell in love for the first time with Lloyd. Her cursed belts started t work normally. Selen started to control the cursed belts after falling in love with Lloyd. She thanks Lloyd for coming to the Academy. The two finished riding the boat and head to sit on the bench. Selen told Lloyd to stay there; she is coming. Kyoku arrives, thinking that Lloyd didn’t notice her.

Lloyd calls her by her name, and she is surprised how he manages to see her stealth technique. She realizes that she has to hide the truth from Lloyd since he is the target. Kyoku told Lloyd about massaging him, and he agrees. Lloyd took off his t-shirt, and she started to massage him. Kyoku tries to find a weakness in Lloyd’s body so that she can make him unconscious. She failed and realizes that if she put her hand inside Lloyd’s trousers, she will touch his stick, and he will be unconscious.

When she was about to put her hands inside, Selen came back and attacked her. Her cursed belts got awakened since she saw Kyoku trying to touch Lloyd’s stick. The two battle, and Kyoku try to power slam Selen with the ground, but she failed. Kyoku retreat and Lloyd find the truth about Therione who wants Lloyd to be in an arranged marriage. They battled Theorine and defeated him. Selen is happy that no one is taking Llyodaway.

Suppose A Kid From The Last Dungeon Boonies Moved To A Starter Town? Episode 9 Preview

Take a look at Suppose A Kid From The Last Dungeon Boonies Moved To A Starter Town? Episode 8.