Preview and Spoilers: The Expanse Season 6 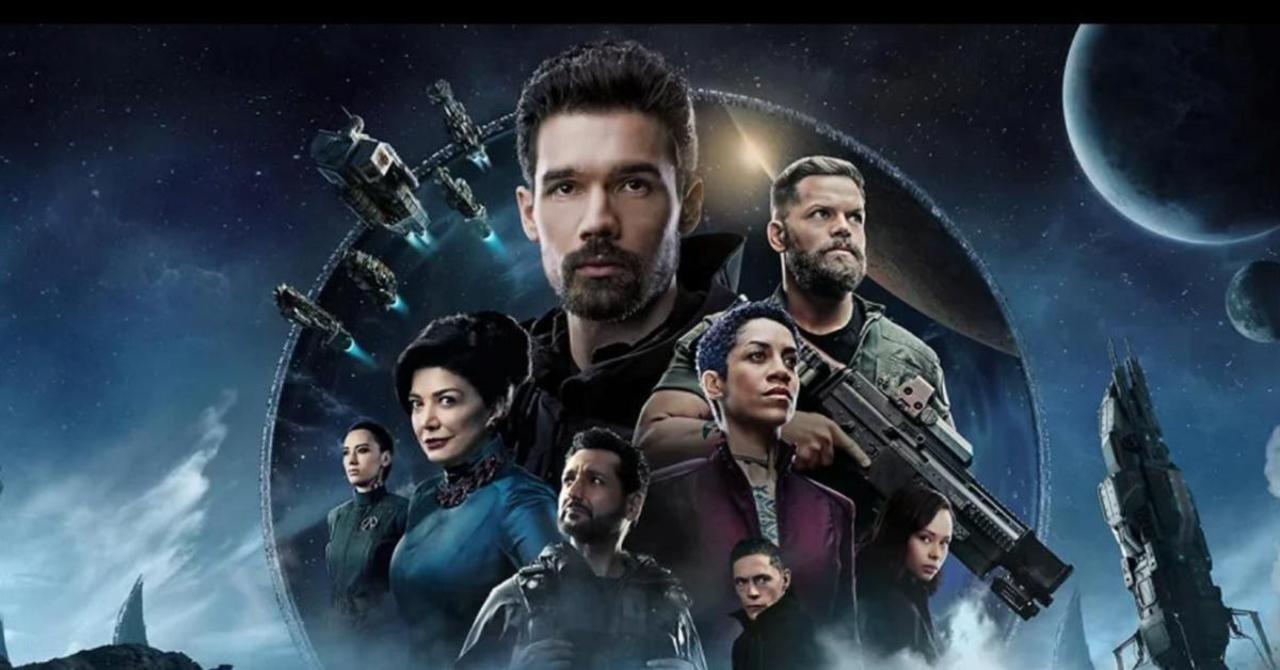 Popular American science fiction drama will be returning for its sixth and final season. This critically acclaimed show of Mark Fergus and Hawk Ostby is based on the novel series by James S.A. Corey. James S.A. Corey is a pen name that the collaborators, Daniel Abraham and Ty Franck, use. The fifth season premiered on 15 December 2020 and concluded recently on 2 February 2021 with its tenth episode. The series tells the story of hundreds of years in the future where the Solar System has been completely colonized by humanity. The unique setting and plot of the series continue to make the audience ask for more. This is even more so since the dramatic conclusion of the fifth season with a huge cliffhanger. Now the fans are expecting the release date of The Expanse Season 6.

Alcon Entertainment produces the series, and they sold the first three seasons to Syfy. After May 2018, Syfy canceled the contract, so the production team sold the rights to Amazon Prime Video from the fourth season. It is more likely that the sixth season of The Expanse will premiere on Amazon Prime as well. The series received numerous critical acclaim for its visuals, character development, and political narrative. The Expanse received Hugo Award for Best Dramatic Presentation and also three Saturn Award nominations for Best Science Fiction Television Series. Here, we will discuss all we know about The Expanse Season 6, including its release date.

The Plot of The Expanse:

As mentioned earlier, set in the distant future, the series shows that humanity has colonized the Solar System. Now the three largest powers in the galaxy are the United Nations of Earth and Luna, the Martian Congressional Republic on Mars, and also the Outer Planets Alliance (OPA). OPA is a loose confederation of the asteroid belt and the moons of Saturn and Jupiter. Season 1 follows a United Nations executive Chrisjen Avasarala. He works to prevent war between Mars and Earth. Joe Miller is a police detective of the dwarf planet Ceres. His new mission is to find a missing young woman Julie Mao.

Jules-Pierre Mao, Julie’s father, built ships that destroyed the space-freighter Canterbury and the Martian Navy flagship Donnager. The victims of the incident, James Holden, Alex Kamal, Amos Burton, and Naomi Nagata, escaped in a Martian gunship “Tachi”. As they rename the ship to “Rocinante”, it becomes the main setting of the series. Joe Miller helps the crew of Rocinante to investigate and eventually discover a biohazard that kills off a lot of humans on the asteroid Eros. Julie was one of the victims as well.

In season 2, Bobbie Draper, who is a Martian Marine, fights an inhuman figure on Ganymede. He later becomes known as the protégé of Avasarala. Rocinante’s crew, led by James Holden, tries to help a father find his daughter. However, in the process, they encounter a figure known as “protomolecule hybrid”. It is a biochemical being developed by Jules-Pierre Mao. The series focuses on the new threat as it shows a research ship being sent to Venus to investigate the crash of Eros. However, the protomolecule completely disassembles the ship in the atmosphere.

Season 3 focuses on the war that the UN declared as both Earth and Mars send science researchers to investigate the situation on Venus. By that time, the protomolecule has grown more dangerous as it has formed a structure that takes an orbital position beyond Uranus. The name of the structure is “Ring” because of its shape. The season shows the struggles of the Rocinante crew as they deal with tensions among themselves, all the while investigating the protomolecule.

In the fourth season, we see the Ring gates are now opened to thousands of new planets. The crew members of the Rocinante have to be sent through that portal to investigate the situation on an exoplanet. It has been settled by the refugees from the belt. They are those who were joined by an officially backed scientific expedition with private military support. By the end of the season, the Maritan Republic started making efforts to terraform Mars as there are now ready-made habitable worlds are available.

Season 5 centers around the deadly conspiracies threatening the Earth. The season starts when the multitudes of humans begin to leave the Solar System to search for new homes. The crew members of the Rocinante started pursuing personal missions while their ship is in drydock at Tycho Station. We also see the investigations conducted by Draper and Avasarala on the military ties of the Martian Republic. The season ends with the breakaway Martian Congressional Republic Nave fleet organizes a withdrawal from the MCR. They did that to establish a new nation on the planet Laconia. They discovered a Ring Builder shipyard there. Lastly, the nation emerges as the powerful and dictatorial Laconian Empire.

Stream The Expanse on Amazon Prime

Main Characters in the Series:

The show renewed the sixth season of The Expanse even before the fifth season aired. Amazon confirmed months ago about the season being the finale of the whole series. As the original novel series of  The Expanse has a total of nine novels, we see that every season adapts approximately one volume. This would mean a lot of story and plotlines will be cut off as they will not cover the 7th, 8th, and 9th books of the series.

What to Expect in the Sixth Season of The Expanse?

The sixth season will adapt the events from Babylon’s Ashes book. This is the sixth book in the series. We will get to see the raging war between the Blue Planet and the Free Navy with Marco as the Earth continues to tussle with the aftermath of Marco’s attack. The war against Marco will be the final war where Marco will struggle desperately to tighten his dominance of the system. Of course, the Rocinante will join the fight. However, another enemy will soon rise from the Laconia system.

Moreover, the aggressors who wiped out the Protomolecule creators will show their presence after the destruction of the Barkeith. Another mysterious species will make its appearance after it shows displeasure with the reactivation of the Protomolecule. However, the only ones who are aware of this enemy are Holden and Elvi Okoye. We can expect a rapidly accelerated narrative of the story in the sixth season. After the allegations of sexual misconduct on Cas Anvar, the final season will not include Alex Kamal.