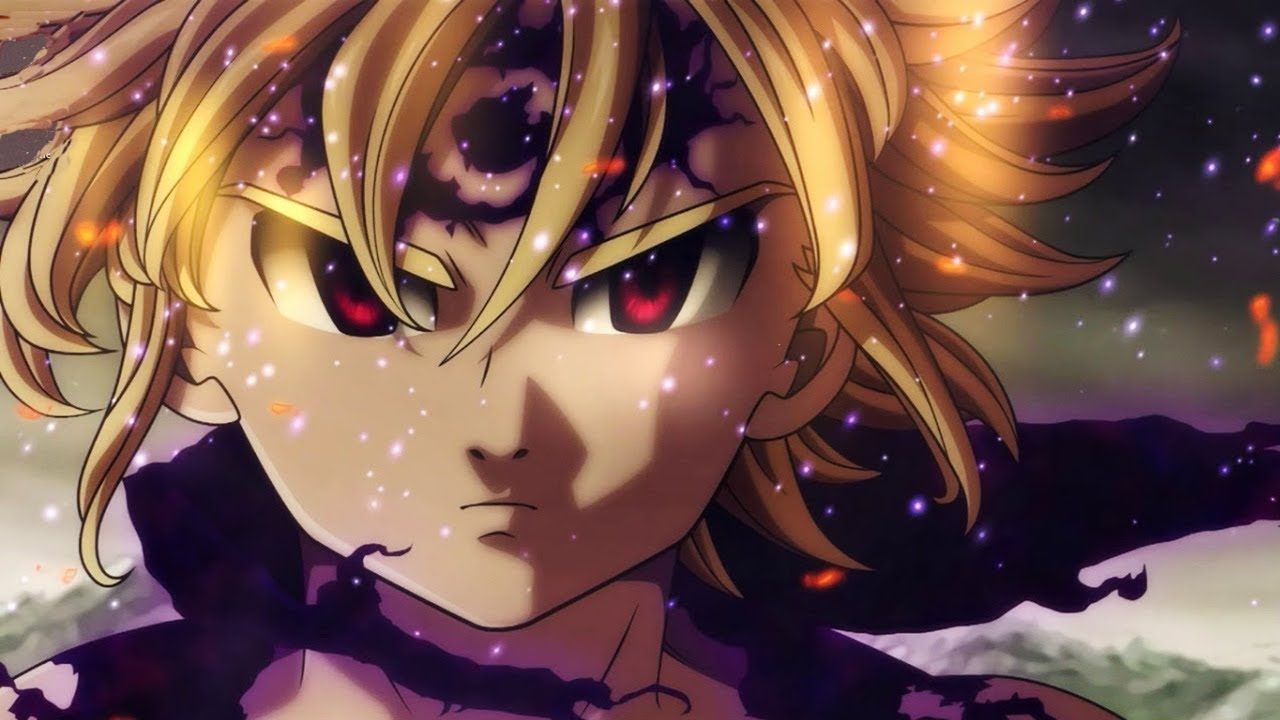 Earlier in The Seven Deadly Sins: Dragon’s Judgement, in volcano mountains, Ban clashes with another monster in his monster form: the fox sin. He defeated the various monsters and recalls when Elaine told him about the tree of life. He remembers that the drink he has given him eternal life. Ban also realizes that Elaine used to love him so much, and she is pleased. Elaina’s picture flamed in his monster’s form eye. Ban turned back to norman and started calling the Captain, wondering how many years have passed.

He realizes that decades have passed since his beard is touching the ground and his hairs are reaching his butt. Down here, we will be talking about the tale of the ancient times before the human and demon realm was forever divided. The two gods imposed eternal life on Meliodas and reincarnation on Elizabeth as curses. For the past 3000 years, Melodas has been witnessing Elizabeth’s death over and over again. Meliodas chose to be demon king to save Elizabeth after she regained her memories.

The new episode of The Seven Deadly Sins: Dragon’s Judgement Episode 2 will be released on Wednesday, 20 January 2021, at 5:55 JST. The alternative name for season 4 is Nanatsu no Taizai: Fundo no Shinpan. Watch this Anime officially on Netflix since it is an original Netflix series, and for more updates, you can also visit its official website. Let’s find out how the dragon sin captain Meliodas will protect the humans below.

Earlier, Meliodas vow in front of the Seven Deadly Sins to become the Demon King. He can break the curse. After that, he will never lose Elizabeth again, but Elizabeth decided to join other Sins. She told them that she would work with them to stop Meliodas from becoming the demon king. The Sins sit down and try to find a way to infiltrate Hell and Gowther asks who will go into Hell.

The one going there must find Captain’s feelings and Ban said he would go. Margaret and Elizabeth signed a contract between Stigma and the Seve Deadly Sins. The fight against demons of 300 years ago continues—the Sins battle Estarossa, who wants Elizabeth beth to be his. After the battle King thanks, Dariere for saving Elizabeth, and Tarmiel comments that they will end the holy war and avenge Mael. The Sins are looking for Estarossa, who took Elizabeth.

Gowther is traveling with Hawk, and he calls her Captain leftovers and realizes that he has to do something. Merlin realizes that Belilium’s daughter knows that Meliodas would create a dark territory that he locked himself inside, and she could enter. Margareth reveals that when they enter inside the dark territory, there is no way out. Their way out is when they kill the master of territory, Meliodas. Merlin said there is another way, and it is to get Meliodas back to normal.

Meanwhile, deep down the dark territory, Zeldris reveals that if they recover the remaining curses. Meliodas will finally become the demon king, and he wants Meliodas to keep his promise. King and others have arrived at the remains of the holy temple, and Estarosa notices them. Darier saw that curses consume Estarosa’s body, and Estarosa said Elizabeth belong to him. King tells him to give them back Elizabeth.

King unleashes Spirit Lance, Chastiefol: Fith Form followed by combinations of other Sins attacks. They attack Estarosa with multiple combos and powerful attacks. Meanwhile, the other Sins has landed on dark territory’s ground and find Zeldri along with other demons waiting for them. The ancient demons Chandler and Cusack started to transform. Merlin reveals those two are very strong, but they did not do much in the last holly war.

The Sins vs. the Demons

Both sides step forward; Merlin faces Chandler, and Escarnor faces Cusack while the daughter of Belia faces Zeldric. Gillthunder and Henderkoson are just watching as backups. The daughter of Bell said that it is her first time looking at Zedris so close, and Zeldris said it also be the last. Escarnor could not wait since he is powered up and throw a blow that destroyed everything in front of him. The trio survives the attack, and Escanor said it worries him since they did.

Cusack yells at Escarnor that if he touched his master again, he would kill him. Merlin replies that it is impossible, and she attacks with Double Impact. Since the attacks are not working, Merlin realizes that those monsters are the ones that surpass the ten commandments. With her powers, she has discovered that the high-level demon Cusack has a plus 168ooo power level. Chandler has 173000, and Escarnor protected her from receiving a finishing blow.

Merlin thinks that the battle’s importance is to obtain the key to recover Meliodas, not to win it. The battle became horrific and intense while Ban manages to find Meliodas lying on the ground. When he sees that it is Ban instead of fighting like old times. Meliodas hugged Ban and started to cry like a baby. Ban is surprised since he knows that all the time, he reunites with Captain. They have to fight to see how they have improved.

By all of the above updates, that what Dragon’s Judgment has to offer for today. See you next time, and make sure not to miss the upcoming updates. That will be when the battle between the Sins and Demons continues.