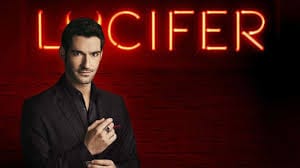 Netflix seems to have hit a gold mine lately with the shows they have been putting out; almost every single one is binge-worthy. Such a series is Lucifer; this has been taking the world by storm, especially during lockdown days. With such an amazing concept, it’s a guaranteed hit.

For people who don’t know much about the series, it follows the Devil Lucifer, yes the Devil from hell, as he decides to take a vacation. Already hooked right? Yes, that’s the interesting part about this show, it’s a unique story.

We’d have to say as he ventures up to Los Angeles seeking some change in his life. He finds the life there very much to his liking and stars a nightclub to his name called LUX. Yes, stuff just got crazier. We know the concept of the devil taking a break and coming up to the human world was bizarre, and now this. Well guess what, there’s more.

So after he starts his own nightclub he decides to use his talents to help the LAPD in solving crimes as a consultant. Yes, now the devil just became a consultant for the LAPD. This is where the story picks up, you have to be lying if you say this premise doesn’t hook you. It’s one of the weirdest but most interesting stories out there and people love it, it’s currently one of Netflix’s most-watched and highest-rated show.

So for people who have already watched Lucifer and fell in love, what are some other shows that can provide you with the same treatment. That’s what we are going to help you with today.

You liked a detective show involving fantasy, and you haven’t watched Supernatural! Tuck in and get ready to get immersed in one of the best TV experiences you have ever had.

This legendary show came to an end this year in 2020 after a huge run spreading over 15 seasons. Eric Kripke creates the series.

In the show, we follow 2 amazing brothers Dean Winchester and Sam Winchester played by Jensen Ackles and Jared Padalecki respectively.

Dean and Sam aren’t your average brothers, they are trained to capture supernatural beings by their father. They come into conflict with almost all types of creatures ranging from demons, angels, shapeshifters, and many more.

The story starts off by showing that their mother has died from a fire that was caused due to some unknown reason. Years down the road their father goes missing on a hunting trip, not just a regular hunting trip he was on a journey to find a very dangerous demon.

To find their missing father the brothers unite and set off on a very long road trip. Plenty of events unfold, including one where one of the brothers starts to develop powers themself.

Supernatural is a very iconic show and anyone who loves detective or fantasy stuff should watch this one without fail.

Do we have to even sell you on this show, it’s literally one of the best horror/mystery/fantasy show you can watch. This show has had a cult following ever since it’s release, it’s become a phenomenon of sorts.

During the time of release, everywhere you looked it was news about Stranger Things or people talking about how great the show is, it actually is. Don’t think the hype has died down, die-hard fans of the series keep on increasing day by day.

The show has won numerous Emmys, it’s one of the highest-rated series on Netflix, and in our opinion, it’s without a doubt the best show on the streaming platform right now. With a confirmed 4th season hitting us soon, this would be a great time to watch this blockbuster of a series.

This show was put together by the duffer brothers and released on Netflix. The cast includes amazing people like Winona Ryder, David Harbour, Finn Wolfhard, Millie Bobby Brown, Gaten Matarazzo, Caleb Mclaughlin, Natalie Dyer, Charlie Heaton, and many many more.

During the time of release, this was the third most-watched original title in Netlfix. Slowly Stranger Things started showing its true potential, eventually being the most-watched show on Netflix. The third season of the show was watched by over 64 million households, which is a huge feat for a TV series.

The rating for the series was through the roof, people just fell in love with the story and the town of Hawkins. Everyone had the same thing to say, this series had an amazing ability to hook us. Rotten Tomatoes scored all three seasons over 85%.

Now on to the story, that is what makes this show so amazing. The writing like we said has this ability to hook us on but no show is successful just by having good writing, they need talented and amazing actors to carry this beautiful writing with them. That’s exactly what Stranger Things has, Winona Ryder, David Harbour, and the kids, every single one of them gave us a performance to stand in awe by.

The people who make up the small town of Hawkins is what breathes life into the show. Their acting is on par with the best in the world like we said only because of their ability to sell the beautiful characters written in the scripts in the best way possible is what makes this show so good.

So coming to the topic, the story follows a group of kids and mainly what happens in Hawkins’s weird town. There is no special feature to this tow from a first look, but after going in deep into the sho,w we’ll realize that nothing is normal about this town.

The first season follows the sudden missing of a kid named Will Byers, of course, the reason being supernatural causes. This missing kid case brings all the main faces in the show together, and events unfold. Slowly everything gets related to secret stuff happening to the only scientific research institute located in the town.

During the search for their friend, the iconic group of kids runs into a strange bald girl who they realize further down the road has superpowers. Slowly every arc joins together to s=give us one of the perfect storylines we have evr=er seen in a TV show.

Do you like blood? Zombies? Fantasy? Mystery? Crime? Drama? Oh boy, do we have the show for you!

iZombie has the perfect zombie story for a mini-series, we know there are hundreds of zombie TV shows out there, don’t try watching all of them, you’ll probably end up being a zombie.

But believe us this one show is very much different from the rest, and if you liked Lucifer you will love this. In Lucifer we saw the devil trying to solve crimes and help the police, now how about a zombie solving crimes and helping the police.

The story starts with Olivia Liv Moore being roped into a very shady party. She used to be a very good medical student with a bright future in her life, but after this party, her life took a turn that no one would have expected.

The party turned out to be some kind of weird zombie feeding meet and unfortunately, Liv becomes infected. The next day, she wakes up no more human but 100% zombie, yes, the pale skin and everything. But to her surprise she was able to trick everyone into thinking nothing was different, no one seemed to notice somehow.

The only problem to deal with was to keep her thirst for human flesh in check. That is why she takes the job at the coroner’s office, brilliant!. She snacks on some dead human brains every now and then until one day her boss finds out. But to her surprise, he decides to help and study her.

She realizes that she can see visions of the memories from the brains she ate down the road. She could see details about how they died; it was a murder, and so on. With this new ability, she sets out to help the authorities and, at the same time, figure out this zombie problem.

It’s a very binge-worthy show, supported by a great cast.

So these were some must-watch shows, Happy Watching!