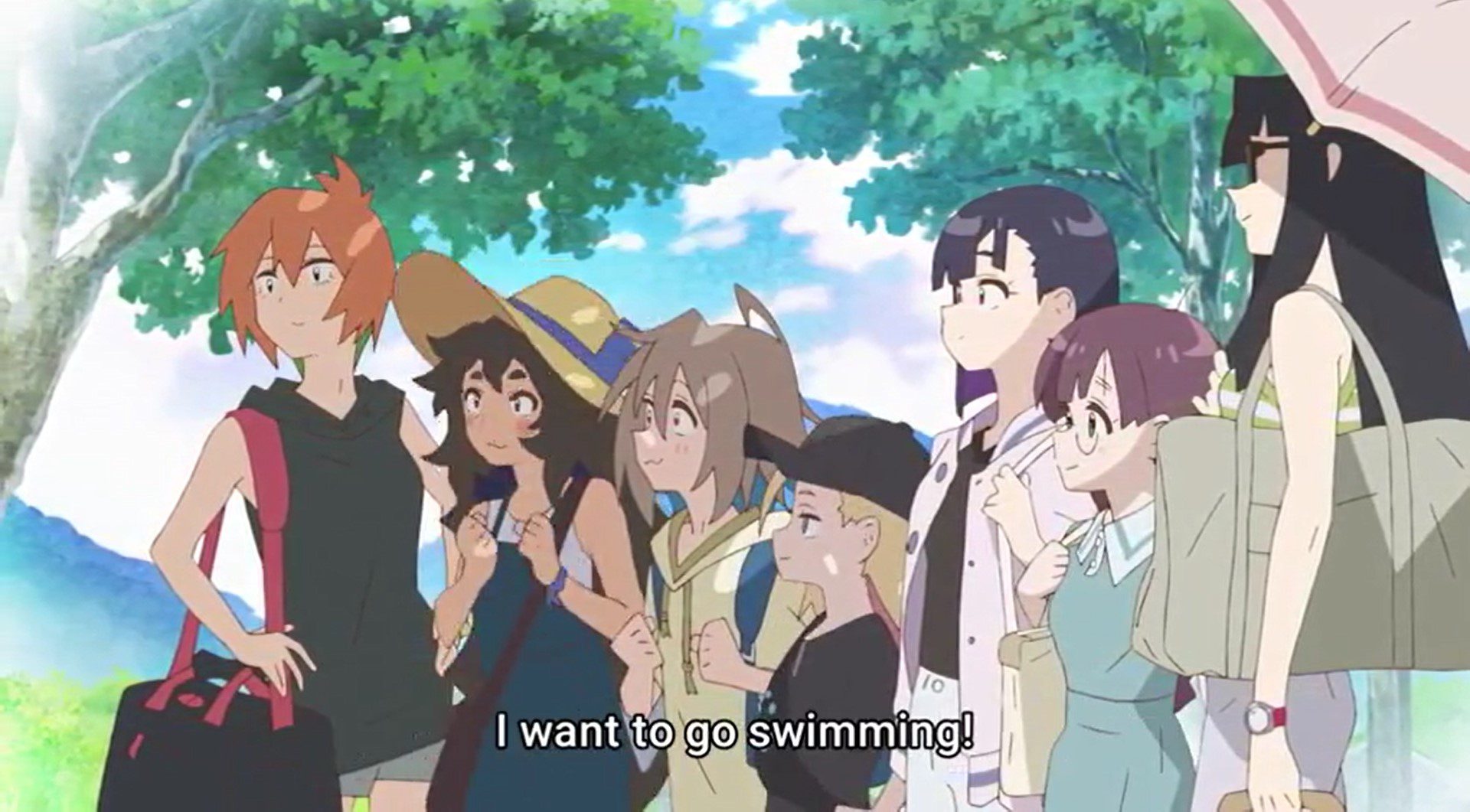 Do It Yourself!! Episode 7  is set to release this week. The anime series Do It Yourself was produced by Pine Jam and directed by Kazuhiro Yoneda. The series will be released on Tokyo TV in October 2022. Manga UP, the online magazine published by Square Enix, began serializing Koyubita Beru’s manga adaptation in August.

We see in episode 6 that they raise funds for their treehouse. The DIY Club, accompanied by Miku, goes to the beach to collect materials such as driftwood and shells they can use to make accessories. Serufu asked Miku if she’d be interested in joining the DIY Club too, as the girls spent the rest of the day playing in the sun and swimming in the sea. Miku considers making something for Serufu while the girls make their accessories and suggest they can sell them at Rei’s family store.

Do It Yourself!! Episode 6 Review

An anime tradition that goes back centuries, the beach episode provides both a change of scenery and a change of skin exposure on screen. Whether fans or creators are looking for a change, a day trip to the seaside can’t be beaten. The beach is only there to serve the show’s aspirations for chill vibes and to build an Etsy portfolio.

And that’s all we get: a series of cute shore-focused vignettes that don’t shine. However, the girls’ frolic in the sand belies the meticulous level of craft poured into DIY from the bottom up, which is evident from their relaxed mood. 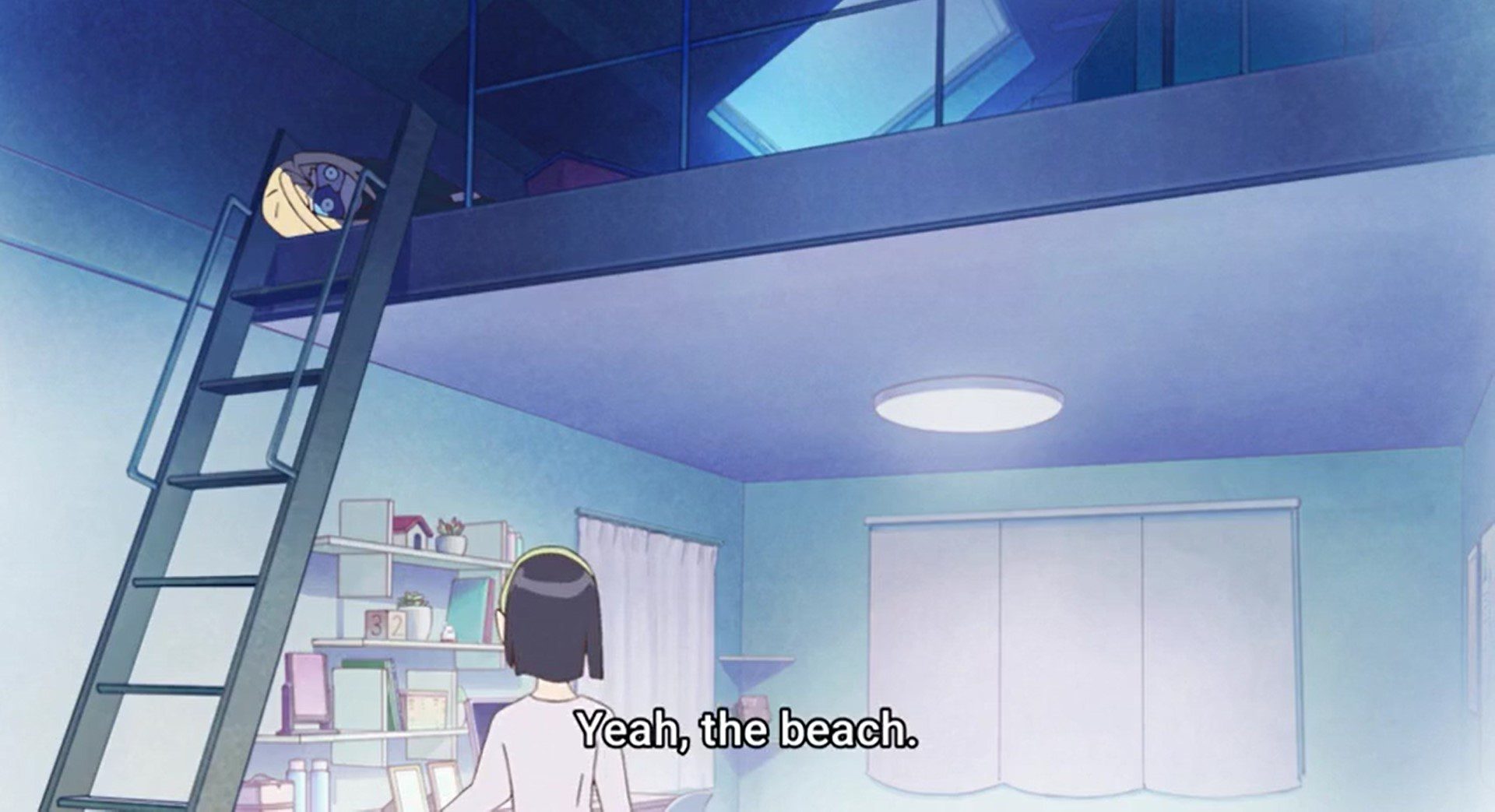 In addition to the watercolor background and the rainbow hues of beached shells and other flotsam, the seaside backgrounds are lovely. Despite the endearing character acting, I would like to emphasize how well everyone’s outfits match their personalities.

A smart little sundress is worn by Takumi, a baseball cap and sunglasses are worn by Jobko, overalls are worn by Shii, and Kurei picked an appropriate vest hoodie thingie. Aside from the anime’s impeccable design sense, the outfits of Purin and Serufu complement each other well as well. 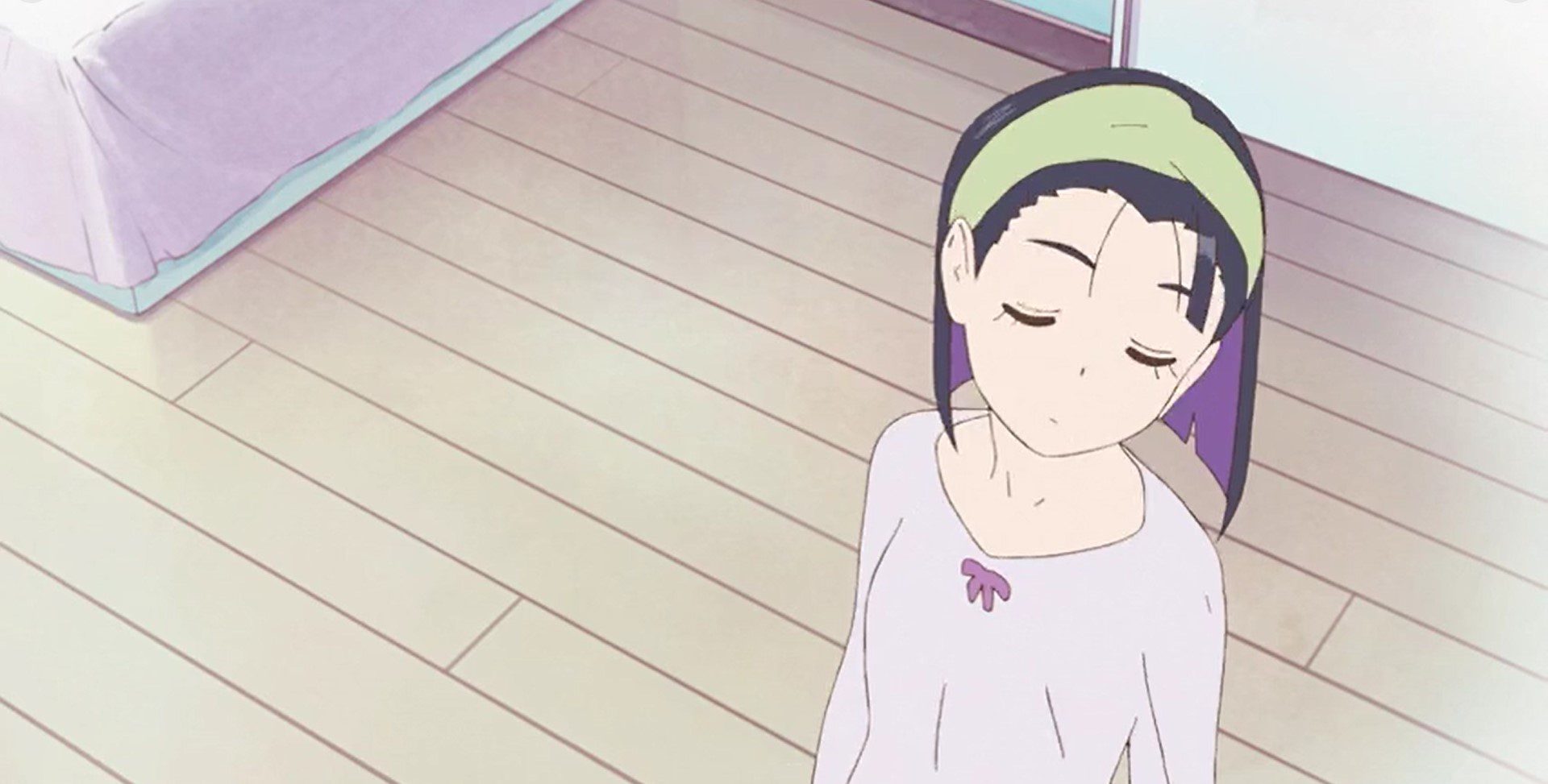 This episode is chock full of fun, tiny character beats, so I’ll just pick out a few of my favorites. For example, whereas everyone else is looking for seashells and sparkling sea glass, Kurei is lugging around loose pipes, driftwood, and hex nuts. That tracks. With this week’s DIY tutorial, Takumi takes the lead again, as she explains how to temper friction’s destructive power with water.

I hope that the sea cucumber appreciates what Purin did for it, while Serufu indulges in yet another disturbingly voracious fantasy. Purin and Serufu have a lot of great content this week. It’s difficult to tell if Purin is tsundere for her childhood friend or the DIY club, but I enjoy how predictable Purin is in both cases.

Aside from Serufu’s intimate familiarity with her, she shows a much more savage side to the show’s airheaded heroine. The way Serufu frames all her remarks is disarmingly singsong, but she knows precisely how to poke Purin. Her sharpness goes beyond what most people are aware of.

Her playful way of throwing Purin’s earlier comments about old and moldy DIY in her friend’s perpetual pouting face shows how smart she is. Their friendship will be wonderful someday, and they’re going to be a terrific married couple. It’s friendly, but there’s a hint of bullying in there as well. 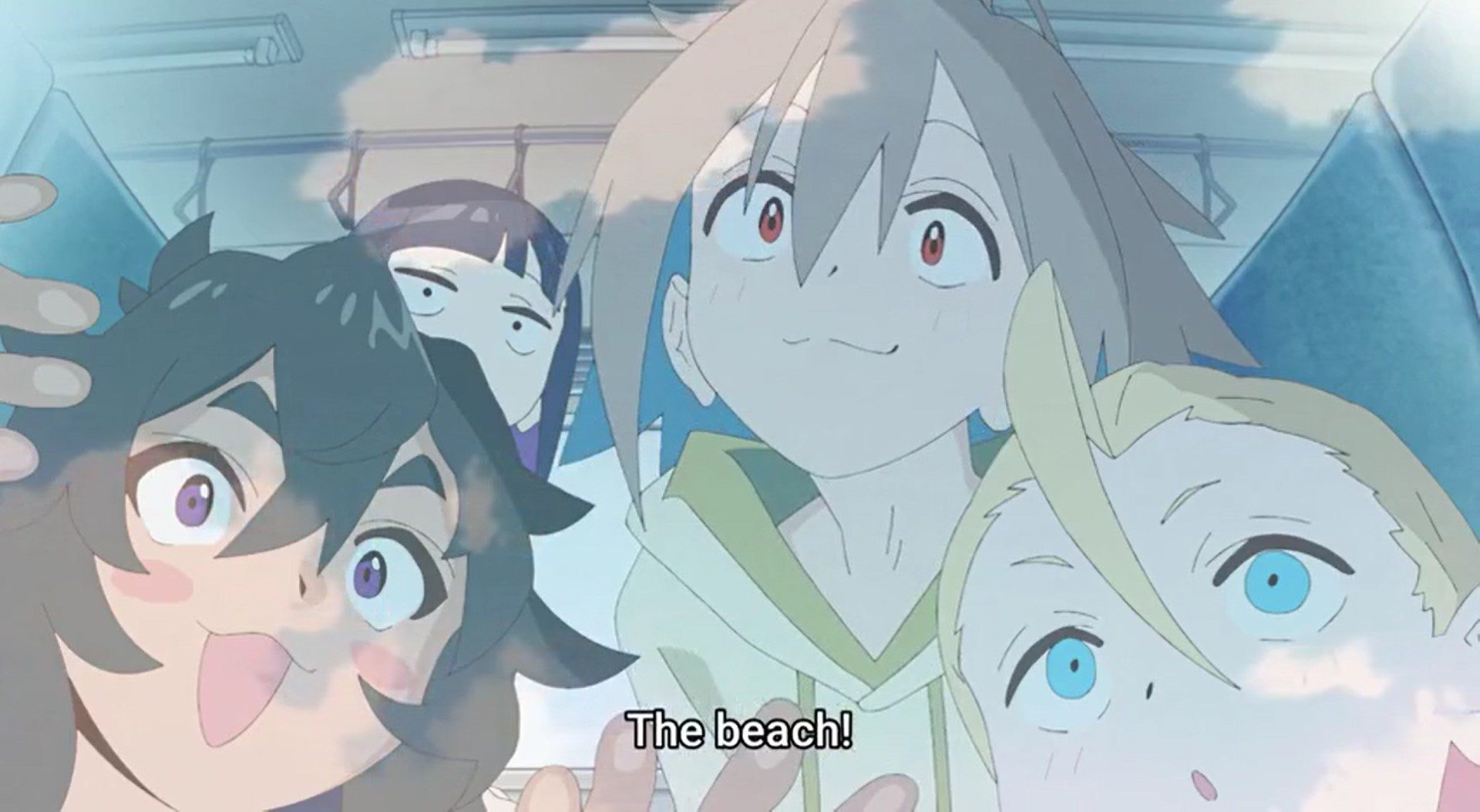 DIY is the perfect snuggly sleeper hit for these upcoming cold months since it’s a series that’s loaded with great characters and a lot of high-strung drama. In a way, it makes DIY easy to overlook, but in another way, it makes it stand out even more.

Do It Yourself!! Episode 7 Release Date

Where To Watch Do It Yourself!! Episode 7?

Also Read: My Hero Academia Season 6 Episode 8 Release Date: Class A And B Will Work As Heroes!