Cabinet Of Curiosities is a horror TV show which is created by the master of gothic horror cinema, Sir Guillermo Del Toro. Guillermo is undoubtedly one of the finest horror filmmakers of our generation. His works mostly comprise fantasy & gothic horror storylines, often serving as a medium of escapism for the audience.

Dark fantasy is Del Toro’s specialty, and over the course of several years, he has made several masterpieces. From movies like Pan’s Labyrinth to The Devil’s Backbone, & even his latest Oscar-winning fantasy romance movie, “The Shape Of Water.” Del Toro has always proven himself, from time and time, why he is the master of the gothic horror genre.

In November 2022, he finally came up with his next venture, a horror anthology series that will focus on the gothic & grand Guignol horror genre. The show is named Guillermo Del Toro’s Cabinet Of Curiosities. Cabinet Of Curiosities was released on 25 October 2022 on Netflix, releasing just a few days before Halloween.

Soon after its release, the show received a worldwide positive review from the audience. Who particularly praised the atmospheric horror of the show, which instead of relying on jump scares, tries to focus more on gothic horror and spooky stories. The show has eight episodes and one season. Each of its episodes is directed by a different director who has given their best to bring out a unique and horrifying horror story. 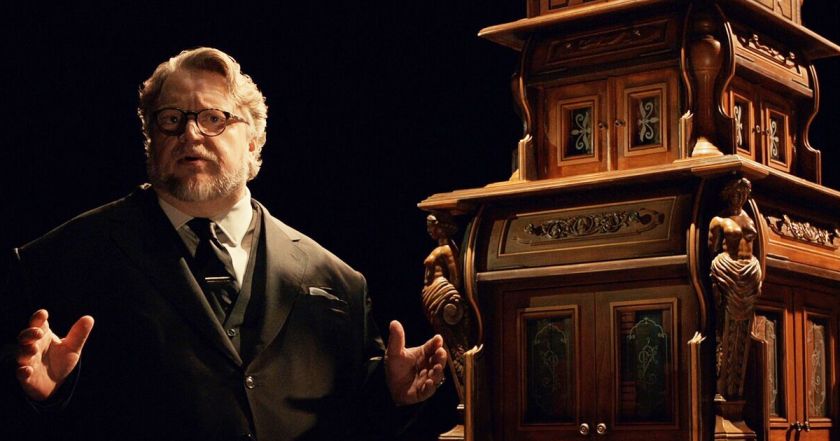 Filming Of Cabinet Of Curiosities

The other directors who are involved in the show are Ana Lily, Panos Cosmatos, Guillermo Navarro, David Prior & Keith Thomas. As we can see that the makers belong from all over the world, but they have gathered together to represent one of the universal emotions of every living being, i.e., fear & horror.

Cabinet Of Curiosities, or we can also say “Guillermo Del Toro presents 10 After Midnight”. The show was mostly filmed around the following locations:-

The majority of the show was shot around Canada, mainly around the Toronto region. Since the movie had a gothic horror setting, to meet that requirement, several sets were built. For that, they used Cinespace Film Studio and its Kipling Avenue Studio, which is present at 777 Kipling Ave#300.

The 2nd studio which was used to film Cabinet Of Curiosities was Pinewood Toronto Studio, which is located at 225 Commissioners Street. According to some reports, Del Toro and his team also used the historic Spadina Museum to shoot some of the important horror scenes. 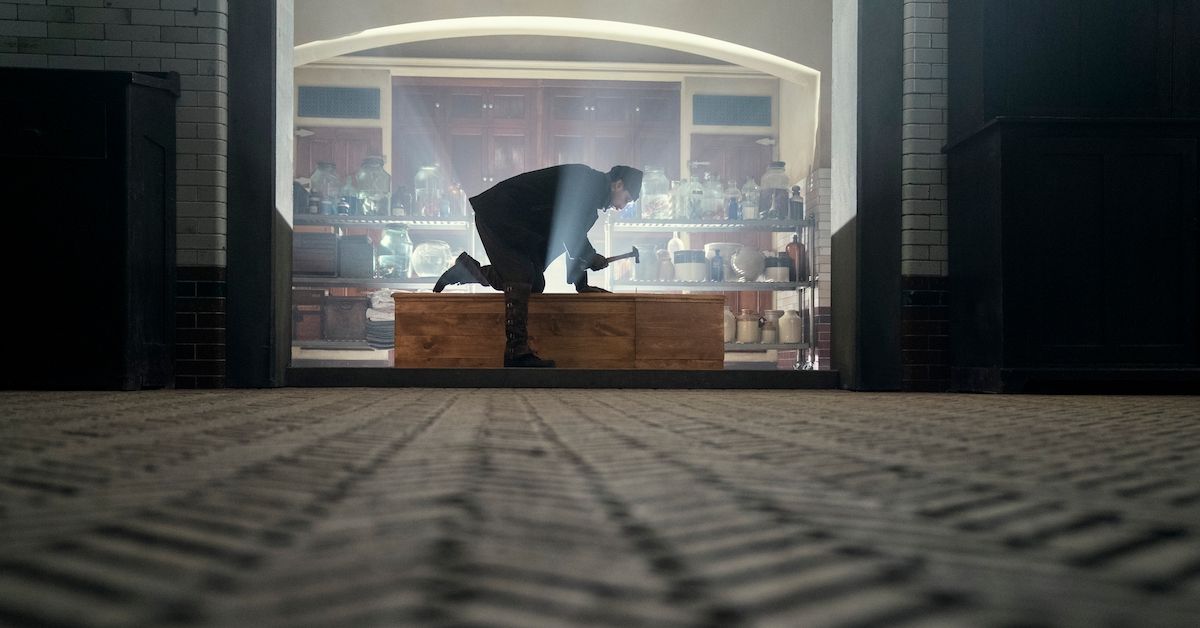 Cabinet Of Curiosities Filmed in Canada

Hamilton, Ontario, is a beautiful place in Canada where Del Toro previously shot his movies like Nightmare Alley & The Shape Of Water. It’s kind of clear that Del Toro loves his favorite location to shoot a movie, or we could also say that it’s one of the best places to shoot a gothic horror film. According to reports, the crew of Cabinet Of Curiosities was spotted shooting some of the scenes near the Strabane United Church. 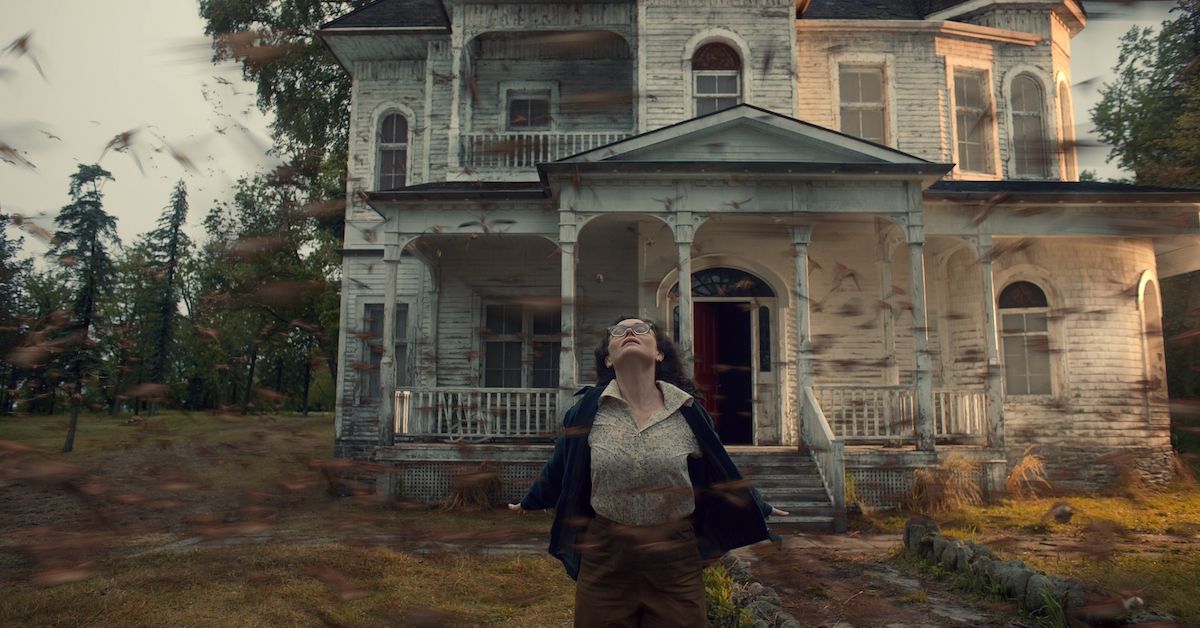 Audience Review On Cabinet Of Curiosities

Guillermo Del Toro met mostly with positive reviews from critics as well as from audiences. Many called this TV show the perfect watch for Halloween. The show was praised for its realistic horror & its portrayal of some spooky folktales. It’s a great horror show to watch, especially if you are someone who prefers horror movies/shows during the winter. 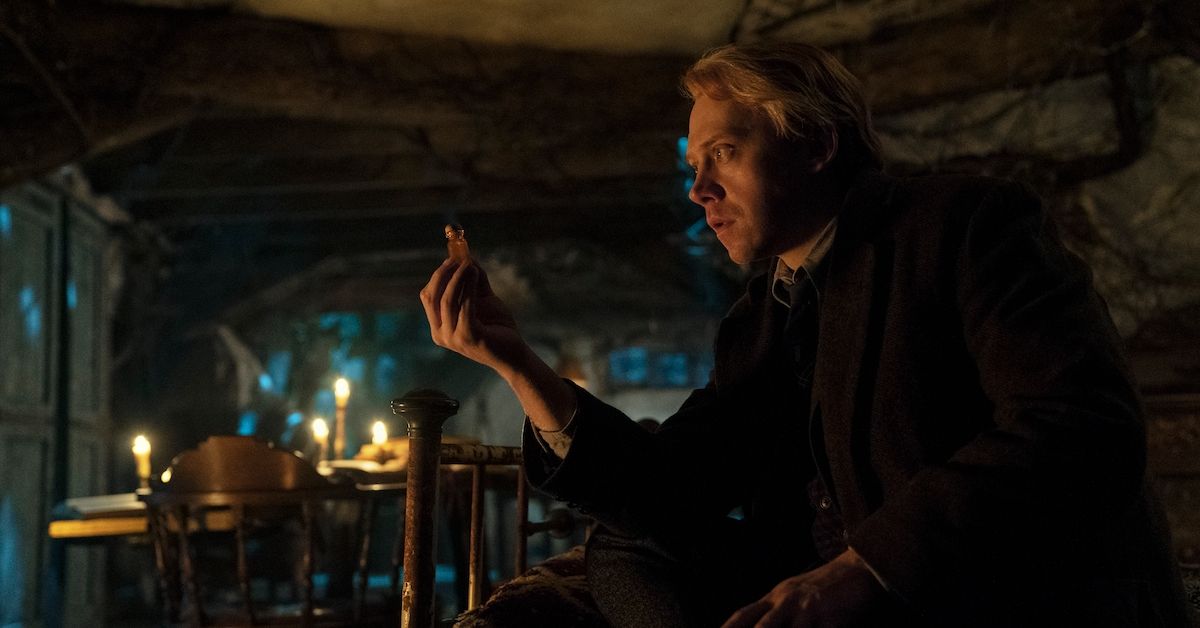 Scene from the cabinet of curiosities

Where You Can Watch Cabinet Of Curiosities

Cabinet Of Curiosities is an official Netflix production. So if you are willing to watch this atmospheric horror show, you can check it out on Netflix. Currently, the show has 1 season and about eight episodes. Owing to the success of the show, we can expect Netflix to announce its sequel maybe in the coming years.

If You Love Dark Fantasy Horror Movies, Then you Can Also Watch: “30 Best Movies Like Dracula Untold”