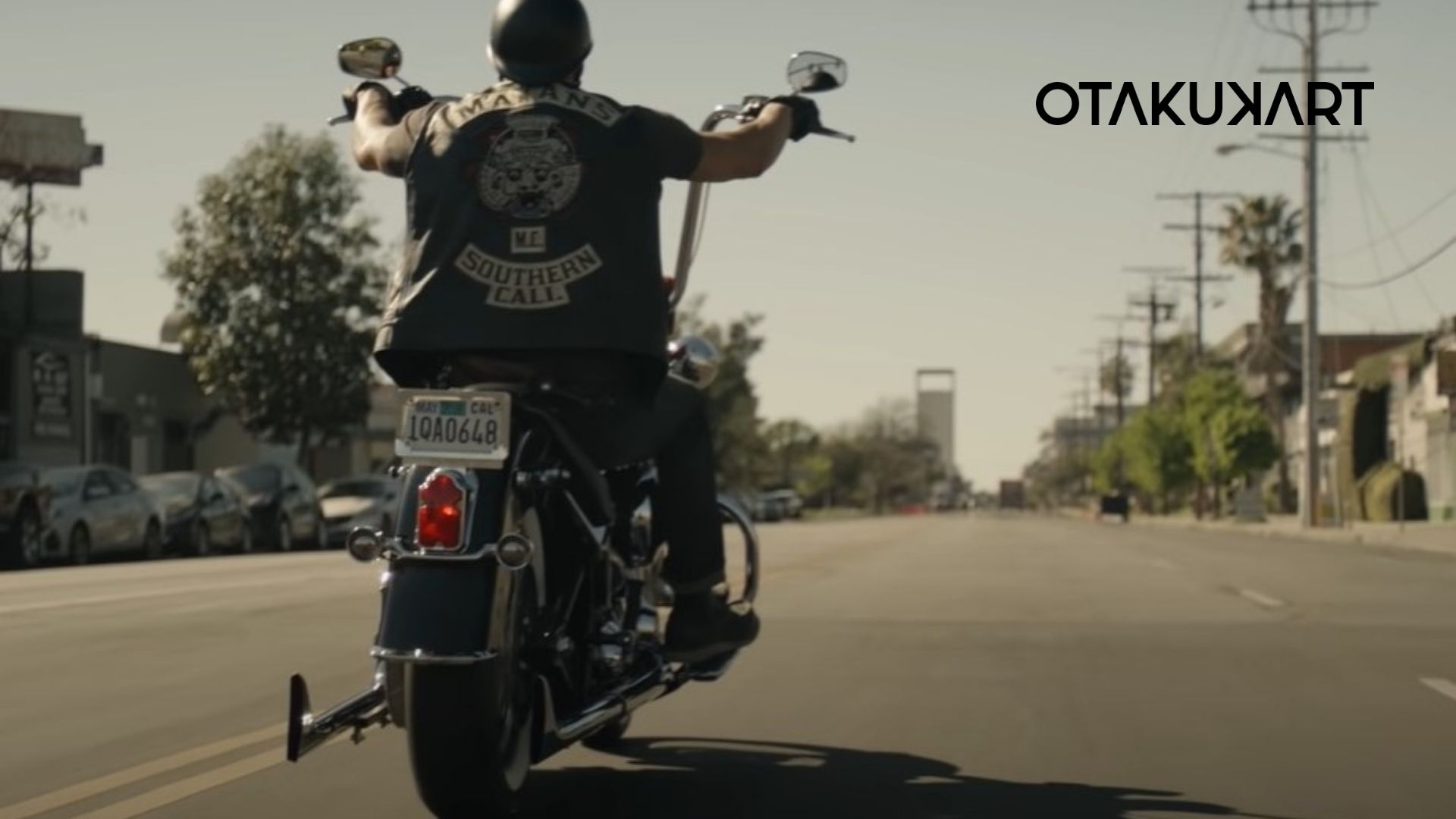 Mayans M.C., which was started by Elgin James & Kurt Sutter, is revered not just by Sons of Anarchy viewers but by a wide audience as well. The Mayans M.C. cast is a spin-off that combines familiar characters with fresh newcomers. The Season 4 finale, which brought back past Sons of Anarchy characters like Tig (Kim Coates) & Les Packer, is the best example of this.

It’s time to wait it out and see what the future holds for Mayans MC now that another voyage with them is ended. With EZ now in charge, it appears that things will soon become even more unpredictable and violent… and as the show progresses, nobody will be immune from a potential firing. Will they remain through Season 5? Has FX made any recent announcements about the show’s future?

The release date of Mayans MC season 5 is highly anticipated by many fans. If you are reading this, I assume you are interested in learning when Mayans MC’s upcoming season will air. Will the show last long enough to witness what happens to the Reyes brothers? Here is all the information you require.

The Sons’ universe has been greatly broadened by the events of the titular biker gang’s tale, which takes place on the Mexican border during a difficult time. We now have more information on the history of the Cartel, the complicated political situation that makes any kind of progress in this region of California risky, and, of course, the Mayans MC, the Sons of Anarchy’s former foes who have now become allies. Let’s recap how season 4 ended. 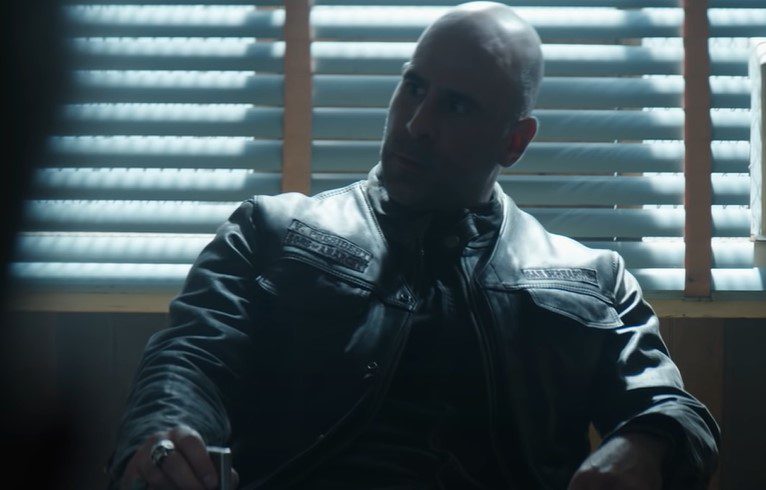 None of the bombshell revelations in Mayans M.C.’s fourth season finale were more upsetting than the final exchange with Angel Reyes and the young brother he used to refer to as “Boy Scout,” EZ. Angel addressed his brother about his increasingly hostile conduct after EZ orchestrated a coup during Templo, removing Marcus Alvarez (Emilio Rivera) as the club’s president and replacing himself as the leader using a bylaw called the “death switch.” “What the f—-are you doing, bro?” How many bodies are you going to stand on until you understand there is no one left to f—-with? “

As a result, EZ issued the following straightforward warning: “If you are not aboard this train, please walk away – it will run right over you.” And indeed, Angel, that posed a threat. EZ is still unaware of the impending derailment of the train. The heroin on which EZ had just bet the future of the club was set ablaze in the warehouse belonging to cartel leader Soledad (Selene Luna) as the episode came to a close.

The program continues to be a ratings success for FX. The current season of the network’s show, according to Nielsen, is the fourth most viewed among viewers in the 18 to 49 age range, a critical demographic for advertisers, and the fifth most viewed overall, trailing only Fargo, American Horror Story, American Crime Story, and Snowfall.

The central characters in the drama series, Brothers EZ & Angel, are on two different routes. EZ is becoming more ingrained in the gory mentality of the club, while Angel is experiencing family life. Where might this lead them? And what about all the persistent police presence? The answers to these questions might be the possible plot of season 5.

When will Mayans MC Season 5 be released?

Since it hasn’t been approved as of the time of writing, we don’t know when Mayans MC season 5 might premiere. The show’s fate has not been discussed by the creators or FX, but we should know soon enough either way. The last two extensions happened right before the conclusion.

The first 2 seasons of Mayans MC were released between September and November. The COVID-19 pandemic caused a delay in the third season. On March 16, 2021, it had its network debut. It ends on May 11, 2021. Season 4 began airing on April 19, 2022, and it ended on June 14, 2022. When FX decides to continue the series, it will determine when season 5 will premiere. New seasons of Mayans MC typically premiere 10 months after the announcement. Therefore, Season 5 of the show might premiere in May or June 2023 if FX renews it in July 2022.

While the details of a fifth season are yet unknown, Season 4 has begun laying the groundwork for potential storylines that Season 5 might explore. In the penultimate episode of Season 4, Miguel Galindo met with EZ, Alvarez, and El Banquero’s sister Soledad in the neighbourhood. To boost everyone’s revenues, Soledad suggested that Galindo act as her representative in Canada. Although Alvarez claimed he was no longer willing to work with another cartel, EZ thought this was the ideal method for Santo Padre to regain control.

After Alvarez granted Taza’s request to become nomadic, Taza rushed away, leaving none of the other members aware that he had killed a fellow member and covered up the death of a son, which had sparked their current conflict.

Lincoln Potter, who claimed that he was aware that Agent Linares was killed so that Adelita might get her baby back, threatened Adelita in the meantime. Emily’s sister, Erin, appeared to have been killed elsewhere. It was also discovered that Kate, Creeper’s new lover, is an undercover police officer whose superior is pressuring her to provide more precise details on the club.

Elgin James, the co-creator and showrunner of Mayans, says, in the understatement of the week, “Next season is going to be tough for everyone.” Though FX has not yet announced whether or not to continue airing the motorcycle drama, James and his team are already plotting upcoming plotlines. It’s also a good thing because the season finale landed so many bombs that we’ll need at least 5-10 more episodes to sort through the rubble. EW questioned James on EZ’s unexpected power move, the eagerly anticipated return of Tig Trager (Kim Coates), the revelation that Isaac (also known as the King of Meth Mountain) is still breathing, and other pressing issues from the finale.

Several well-known and gifted performers appear in this program, and they might be the possible cast in Mayans MC season 5. They have not been officially confirmed, but we can presume they will return barring any fatalities in the season finale. Depending on the cast of season 4, these might be continuing their roles in the upcoming series.

Where to Watch Mayans MC?

If you are in the United Kingdom, you may watch this motorcycle gang show from the convenience of your home or mobile device via a variety of different choices. The first three seasons are available on Sky Go and BBC iPlayer. Second, Virgin TV Go carries the first season whereas Disney+ carries the first two seasons. If you want to buy the show, you may do so from Chili TV, Google Play, Apple iTunes, Amazon Direct Video, as well as the Microsoft Store.

We have a legitimate workaround for you if you don’t have Sky Go or can’t wait for the fourth season to be uploaded to BBC iPlayer, which is completely free. The first thing you should do is find a trustworthy VPN service. Get yourself a necessary Hulu account in the US and a second subscription, and you’re good to go. You won’t have to worry about anything as you enjoy these bikers’ stories.

You have a few choices if you reside in Australia. First off, Foxtel Now & Binge are two separate platforms where you may watch Mayans M.C.’s fourth season. Second, the programme is available for purchase on websites like Apple iTunes (first three seasons), Google Play (first two seasons), the Microsoft Store (first three seasons), Telstra TV (three seasons), or Fetch (three seasons). This information brings to a close our overview of Mayans M.C. viewing options on Otakukart. We appreciate you using our website to do your research. To keep up with all the most recent events in your favourite entertainment news, kindly check back frequently. We’ll talk soon.

Also See: Evil Season 3 Episode 4 Ending Explained: Who Is The Demon Of The Road?