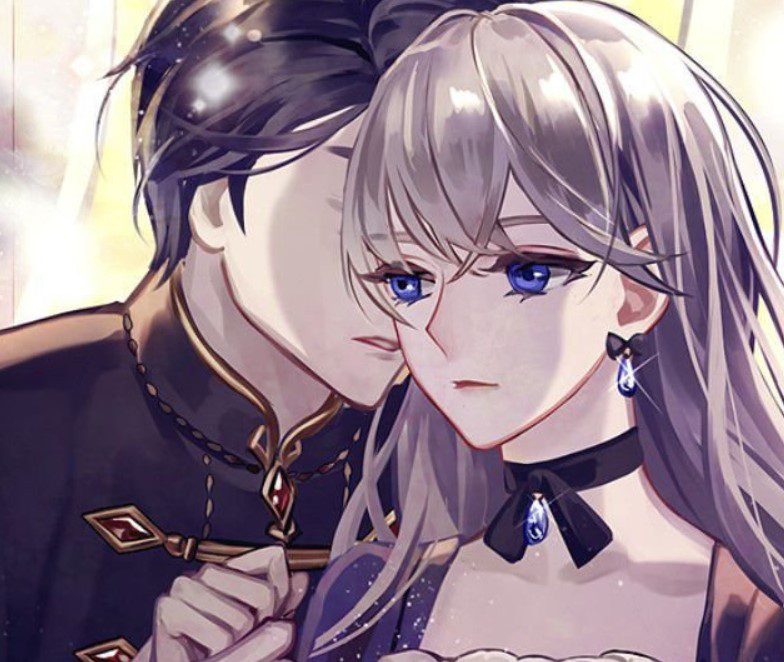 There are Completed Romance Manga with Good Art since most are ongoing. However, romance manga takes a long to end, and most have good art since it is one of the things that fans look for when reading manga. Good art mangas also attract fans, and we will look at the best-completed romance manga with good art that you will find interesting to read.

Completed romance manga with good art has many genres, and they don’t reveal the romance moment only, but they also reveal other best moments that readers would expect in any manga. Those who never know what good art is and what manga has good art will learn a lot from the list of completed romance manga with good art. Good art portrays different messages to the readers and makes one emotional or touches the hearts of the readers.

You might have forgotten about interesting romance manga that has ended, but the list below will remind you of many of them. Good art is the best thing for any manga, especially romantic manga, since readers or fans expect to see good and beautiful drawings that match the storyline. Most readers never think about good art when they read manga, which is a mistake since they miss something important.

Tetsudou In Love Letter is one of the best romance manga with good art. This romance manga has good art that could make you shed tears or get emotional. It is also known as Poppoya Love Letter, which ended in 2000. This is a romantic story of a station master known as Poppoya: Satou Otomatsu. He is a lonely guy living in Hokkaido, filled with an aging population. 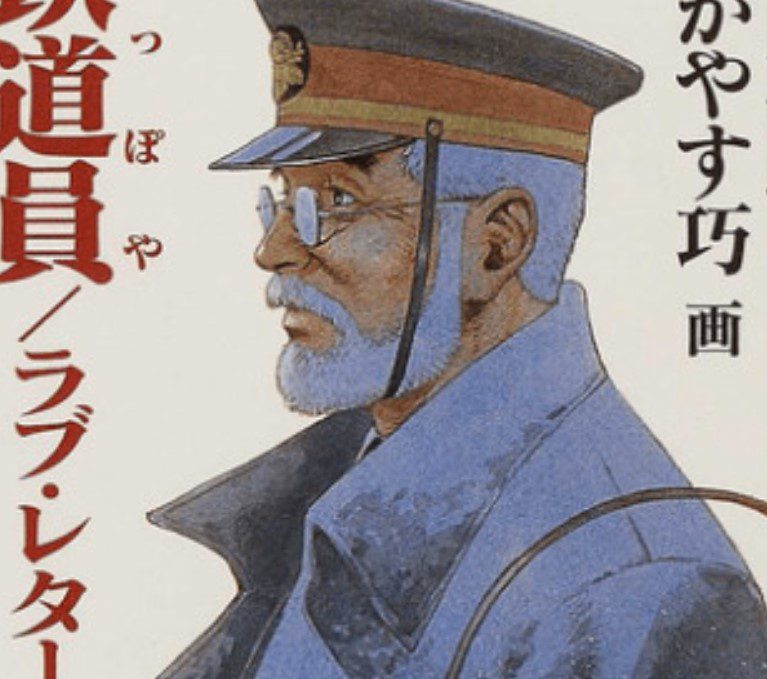 However, Satou learns that the station will be closed during spring, and he will be retiring on the same day as it gets closed. One day Satou encounters a beautiful girl during working hours, which changes his life since he had never experienced the feeling of love. He began to work hard, motivated by the girl that changed his life.

Butterfly is a beautiful young geisha who is still under training. She has fallen in love with her childhood friend Chinatsu who she admires. She loves to call him Chinatsu-san, and he is a tattoo artist. One day Chinatsu realizes that Butterfly is too kind and paints butterflies on her arms. But Butterfly was shocked when she visited him and found a naked woman with him. 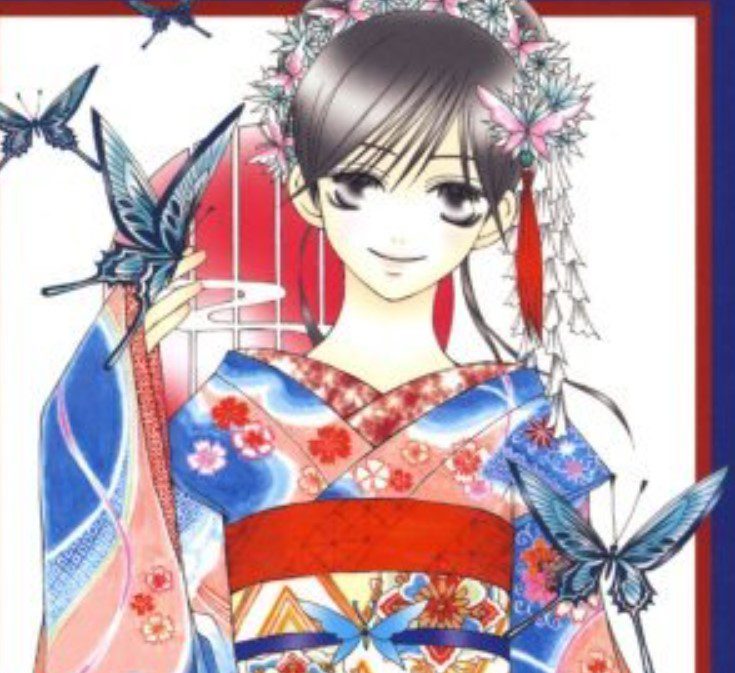 She was heartbroken since she could not believe that Chinatsu would be with a naked woman. Later a rich foreigner arrives and decides to buy Butterfly and introduce her to luxurious life in a faraway land. Butterfly wonders if she is ready to leave home and if she will forget about Chinatsu.

Hana-san wa Minorasetai! is a popular romance manga with amazing good art. One day at the train station Hana encounters a good handsome guy, and she later meets him on a blind date. Hana believed that she had found the best man she had been looking for for years, even though his attitude was different. She realizes that this mysterious, handsome man is a guy she has been chatting with online for years. This is a beautiful romantic story of Hana and a strange, handsome man. 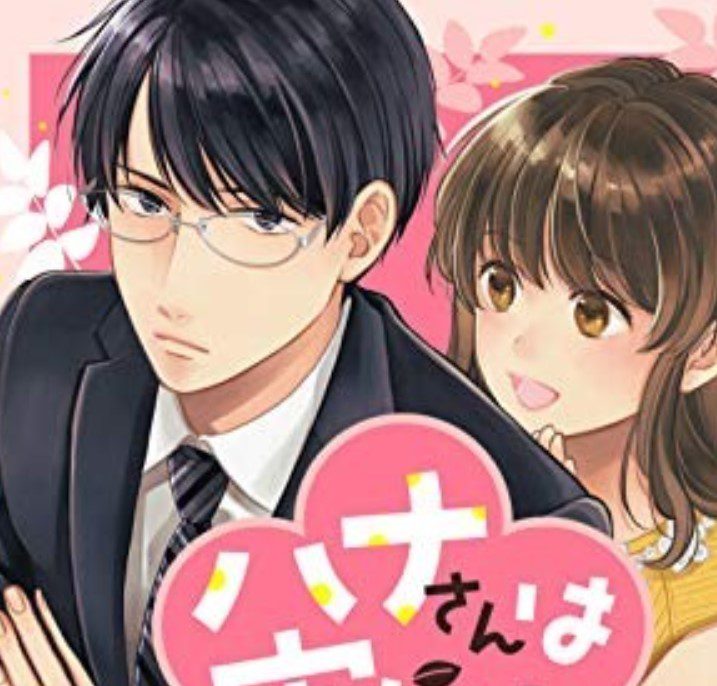 This happened in the era of Edo when Tsubaki, the daughter of a merchant, was sold to the red lights district after her family died during a fire incident. Oiran wants to get her first lover, which drives her to become the top courtesan. She dresses beautifully and makes pretty makeup every day, but her senior courtesan and number one oiran Takao is watching her. 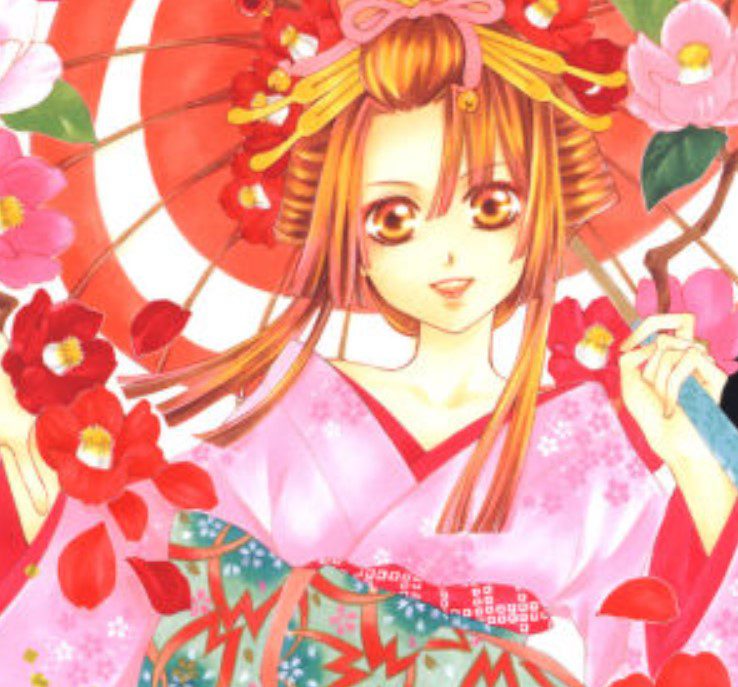 Sesame Salt and Pudding has good art than most modern romance manga. This romance manga ended two years ago, revealing the life of two lovers who got married before they fell in love. One day a beautiful lady woke up and found herself married to a stranger. Haruhi is a Gaten girl who works hard as a heavy machinery operator at a construction site with many handsome men. 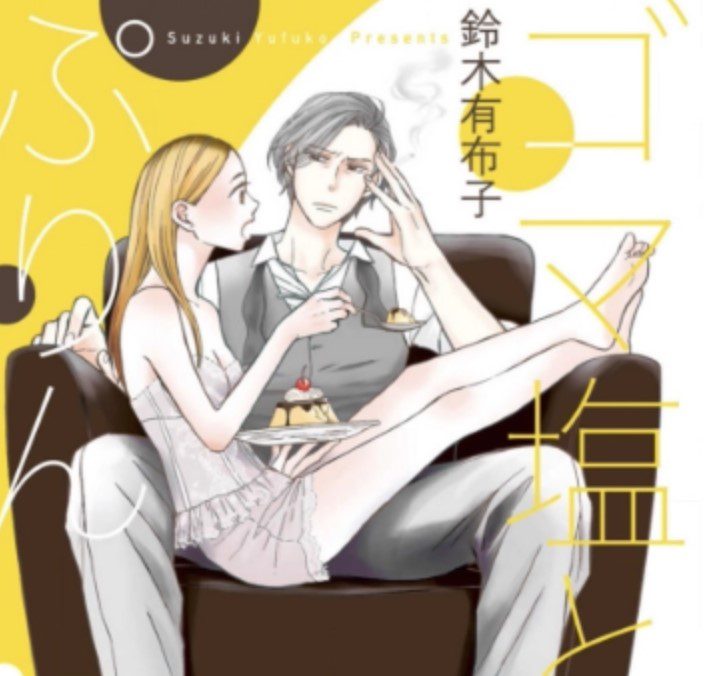 One day she submits a marriage report in the middle of the night while drunk with a gray-haired, middle-aged man. The two were meeting each other for the first time in the tavern, and in the morning, they were married. Haruhi thought that she had gotten married to an older man since she first saw his gray hair.

Yuuka Fujita is 18 years old girl high-school graduate. She ended her education in high school and didn’t pursue a college education like her classmates. Yuuka’s parents decided to get her married to the family they liked. They begin with marriage proposals and send her to many families since they want to choose one family that is suitable for her. One day Yuuka gets tired of getting introduced to different men, and she refuses to go to the omiai family. 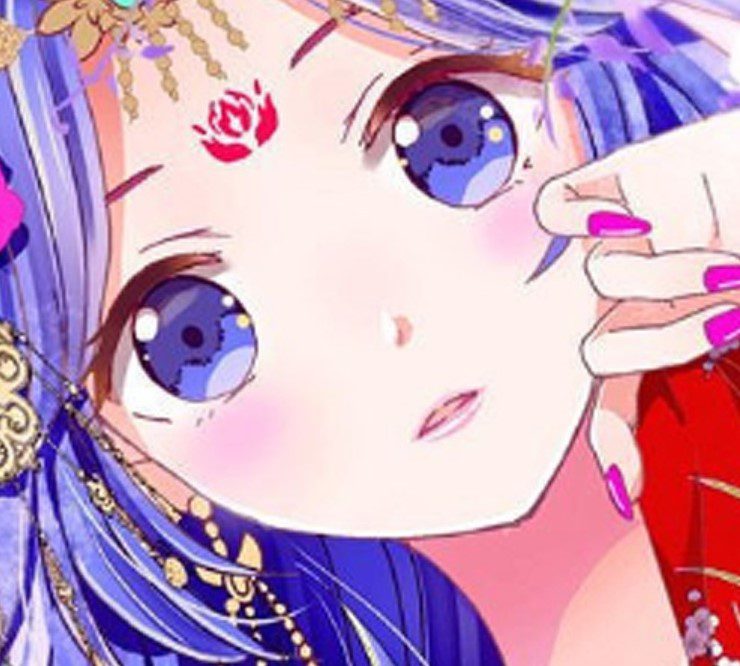 Yuuka was driven by rage and anger and accidentally knocked out her latest marriage partner. Ryo Kusuru was surprised, but when she met with her, she learned that Ryo is a 36-year-old professor at a science college. The meeting went well, but Yuuka believed they had many things to look at before deciding to get married.

Yuuko realizes that Ryo is handsome despite the huge age gap between them. On the other hand, Ryo is interested in Yuuka and believes that she will make a good wife, but Yuuka’s parent keeps on sending her to other families.

This is a romantic story of a lady who decided to transform her guy into an ideal prince; she failed to find her ideal prince. Ms. Fune is a hot lady interested in hr boss, Mr. Ninomiya. She believed it would be like a piece of cake to seduce Ninomiya and make him fall for her. 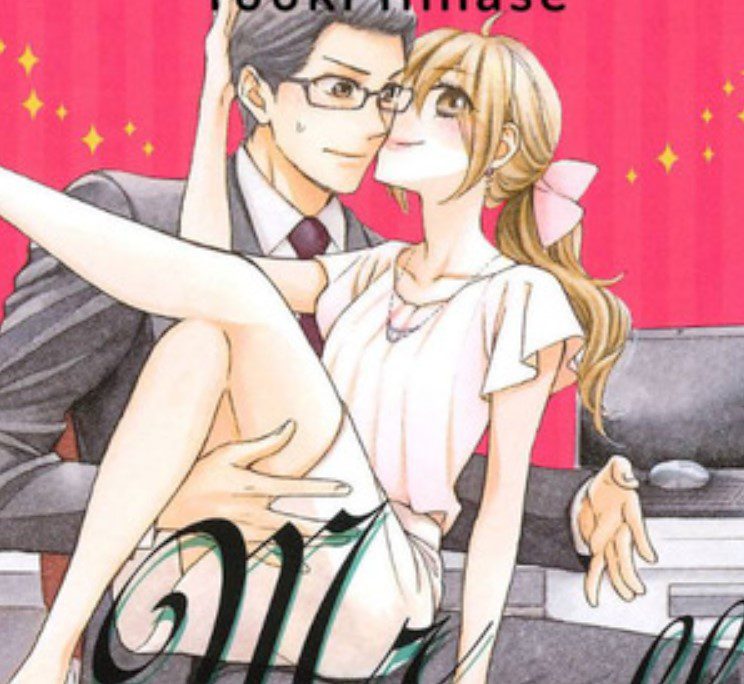 But Ninomiya tries to convince Fune that there are more handsome men suitable for here except for him. But Fune didn’t give up and decided to trap her boss. This trap made her fall in love with Ninomiya even though it began as a joke.

Inu x Boku SS is shot manga with good art and has been popular for a decade. This is a romantic comedy manga about a beautiful Ririchiyo Shirakiin who has a bad habit. She loves to speak badly of other people since she is from the Shirakiin family. Ririchiyo moves to a home full of wealthy people known as Maison de Ayakashi. 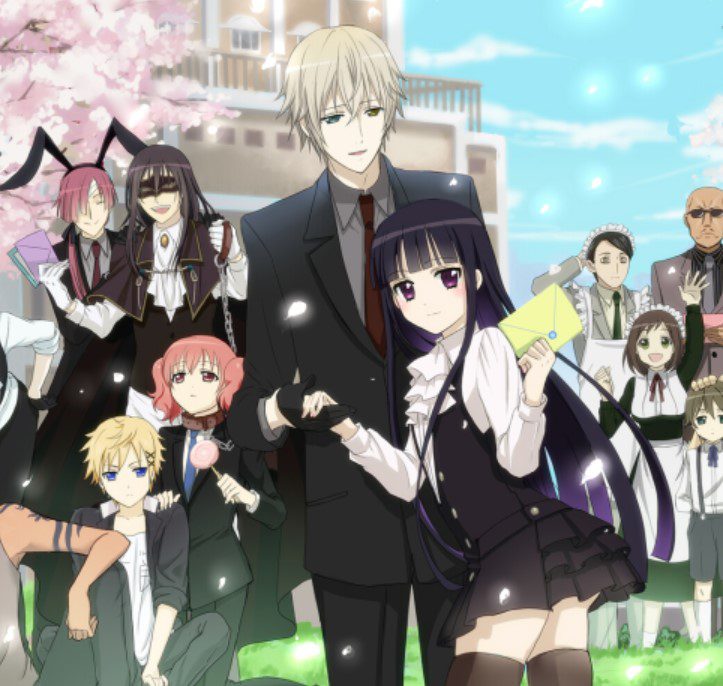 She wants to be alone since everyone always talks about her family business, which bothers her. But she was surprised when Soushi, an SS agent, treated her, and she didn’t know that her parents had arranged it. Ririchiyo tries to reject Soushi away, but Soushi doesn’t give up on her.

Mayuri is a girl who wants everyone to acknowledge her. She shares the same room with her best friend Akira, the student council president and a beautiful girl envied by others. However, Akira is hiding a big secret, and no one knows that Akira is a boy. Akira decided to become Mayuri’s servant. But things change when Akira falls in love with Mayuri, who thinks she is sharing a room with a girl. 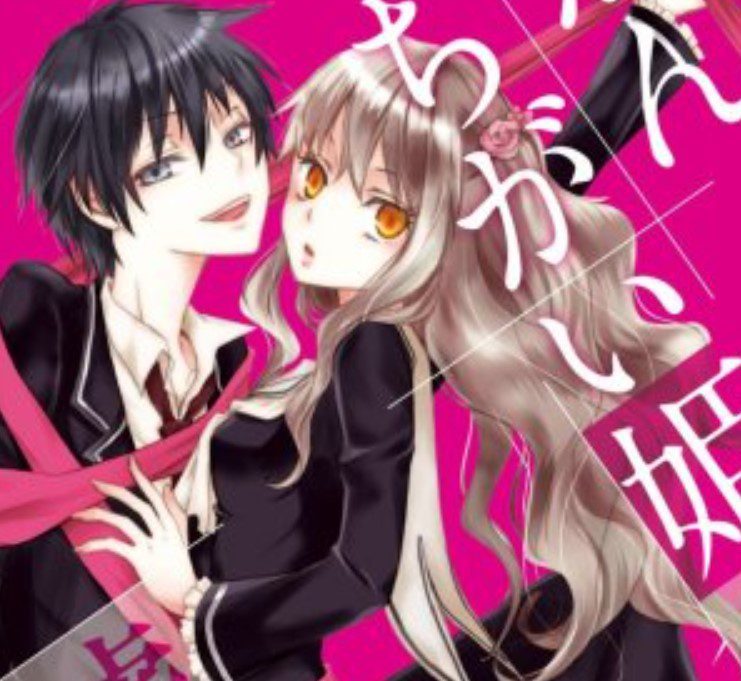 Blue Flag is an interesting love story of students who met at school. The youth pure love story rises when three students meet during hard times when they are on the path of choosing their future. This is a heartwarming love between students who faced hardships. 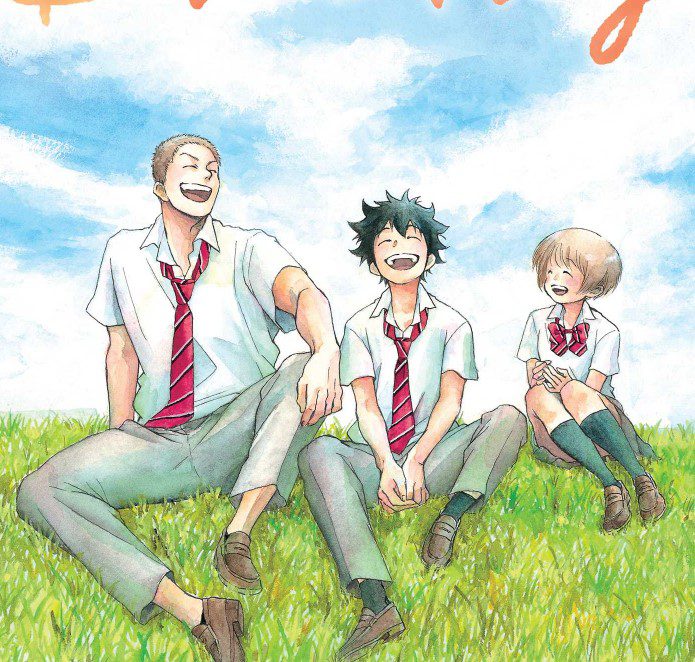 That was the best list of completed romance manga with good art. But there are many of them like Horimiya that you know, and we have some that are ongoing that we didn’t discuss.