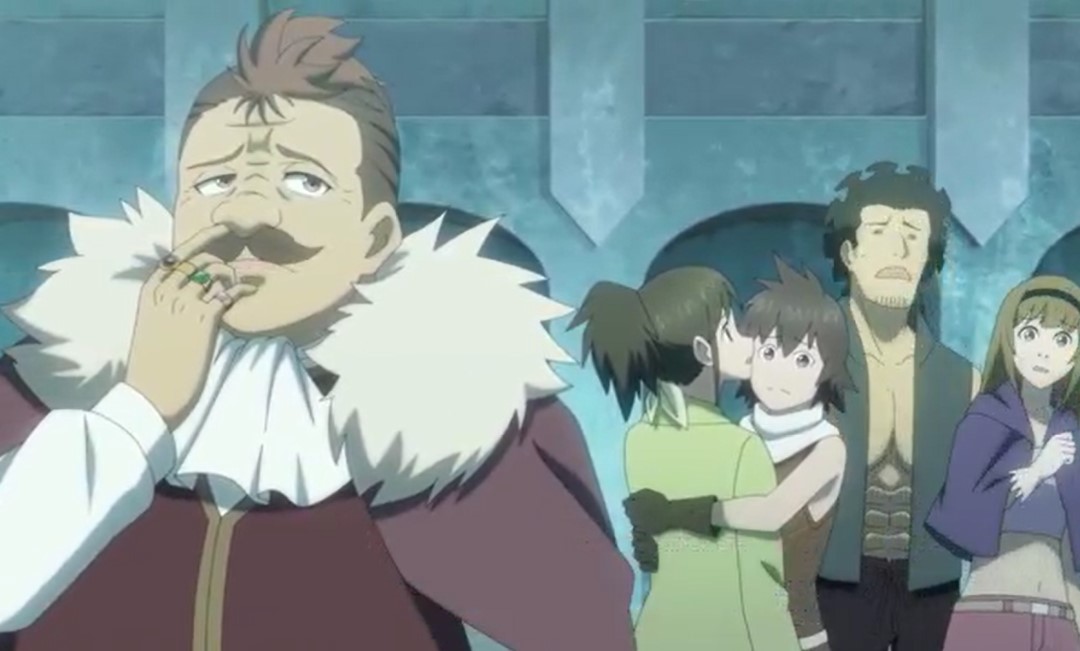 At the royal castle, Amane sends Maria water and finds that her health is deteriorating. At the same time, Noir is trying to get more LP. He is at the Harem Pride Event, where goons show off their hot girlfriends in public. Noir has to increase his LP by waiting for those girls to save Maria. Maria has a death cursed that she is left with a few weeks before she dies on her 16th birthday. Amane notices that Maria’s curse has gotten worse. Maria needs to be saved before it is too late.

The Harem Pride Event has started, the men are hiding their faces using masks. They told the host to start with the show off of the girls. The ouncer calls the first Harem to step in. They entered the Arena, and Mira shows herself to the public. She comments that she worked at the restaurant and blew some smoochies to the crow. The crowd was not impressed by her looks. They are disappointed; they think that she should be reincarnated to another world.

The Hidden Dungeon Only I Can Enter Episode 6 on Saturday, 13 February 2021, at 2:25 AM. The Hidden Dungeon is available on Crunchyroll or ANIPLUS and other official streaming platforms. We will add more updates and upcoming development every Saturday. 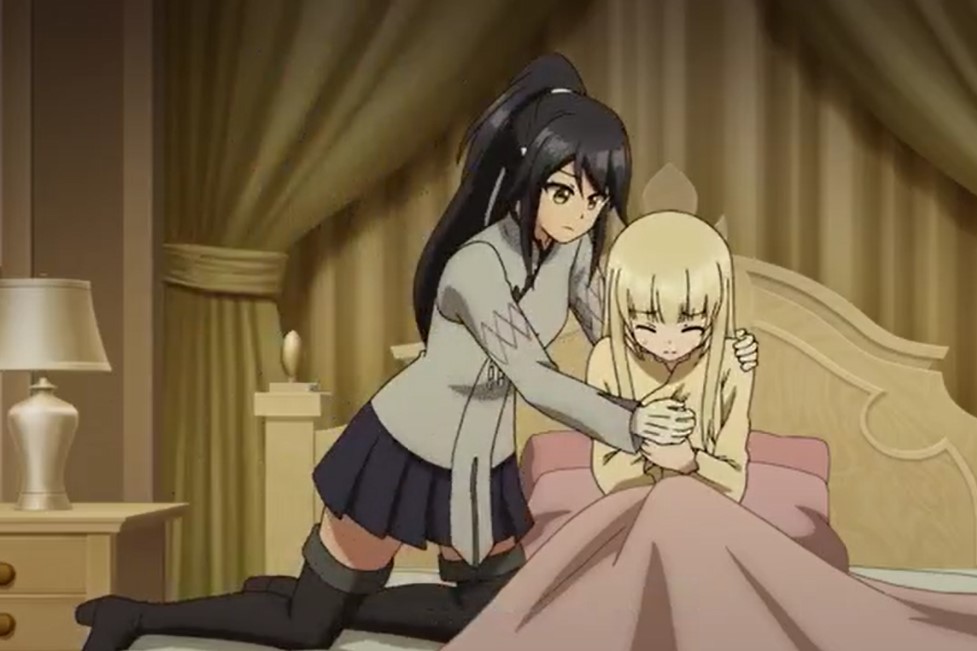 Previously on The Hidden Dungeon, Only I Can Enter Episode 5

They started to tease all the Harems that have entered the Arena since their beauty is not satisfying their desires. They comment that only their hairs are beautiful, but the rest is ugly. The announcer comments that the kisses that Mira blow earlier should be equivalent to littering. Noir thinks that it will be harder than he thought since nothing is interesting to him.

The Future of Harem:

One of the goons’ comments is why all the guys who entered the Arena can’t even get a girlfriend. He consoles his girlfriend since they told her that she is ugly and reincarnated in another world. They yell at the goon that they don’t need any girlfriend and they that afford to walk around with that uggo there. They better walk with a prostitute instead of those uggos. The crowd chants that uggos must leave.

The announce decided first to score the Harems, and then they will leave. They got 61 out of 3000. Emma thinks that they have to leave, and Lola comments that Noir can count on her. Emma decided that she won’t live since she cannot handle the insult. After that, other Harems who show up also suffered the same storm of insults. The second team was told that the last uggo was way better than them.

The more round that passed, the harsher the crowd got, and insults keep on digging deeper. The crow comments that their eyes are rotting and asks if the Harems have ever looked into the mirror. Team 9 showed up and showed up and changed everything. All the trousers of men got tightened, witnessing the true beauty of women. They got shocked and couldn’t even comment on anything. Lola reveals that is an adventure team from their rival guild, Lahmu. 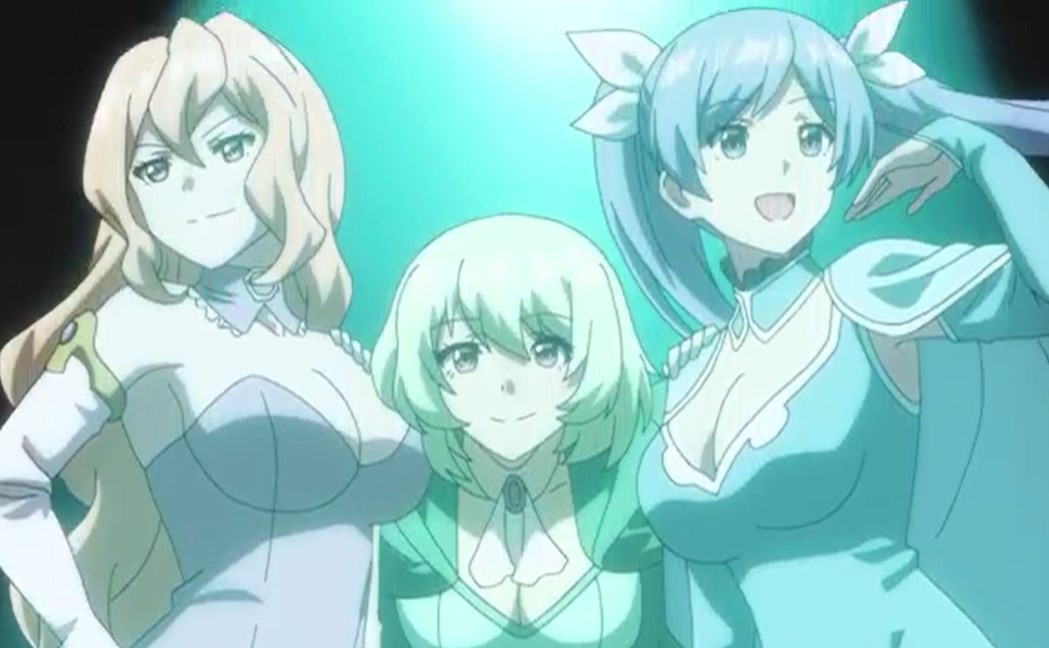 Noir comments that the Lahmu had hotties on another level. Emma told Noir that it is not the time to admire them. The announcers score them 2700 out of 3000 points. Noir realizes that the hotties had score hot girls high. The men think that they should hold it until other hotties show up since they can not control themselves. Noir is worried that his trio of hotties might lose to those cute Lahmu Hotties.

The announcer asks for the last team to come and challenge the Lahmu hotties. Emma was scared. The crowd explodes when they saw Emma’s chest and comments that they would like to be buried on her chest. Cleric also showed her body in front of the crowd, and they comment she is too beautiful to have a boyfriend. Lola also got many praises, and one of the men in the crowd thinks that she likes him because she points and winked at him.

The announce is shocked to see that Noir’s team has topped the leader board. They got 2925 points more than the hotties that performed earlier. That became the highest score in history. The announcer told them to act live lovers. They show the crowd an outstanding performance. Some of their men’s are reminded about their long lost lovers. After the event, they head to the castle and break Maria’s curse. Maria’s body is fully restored and all thanks to the Harem Event.

The Hidden Dungeon Only I Can Enter Episode 6 Preview

This week, that is what the next episode has for us; let’s meet again after the release of a new episode. You can also get more about this anime here: The Hidden Dungeon Only I Can Enter Episode 5.