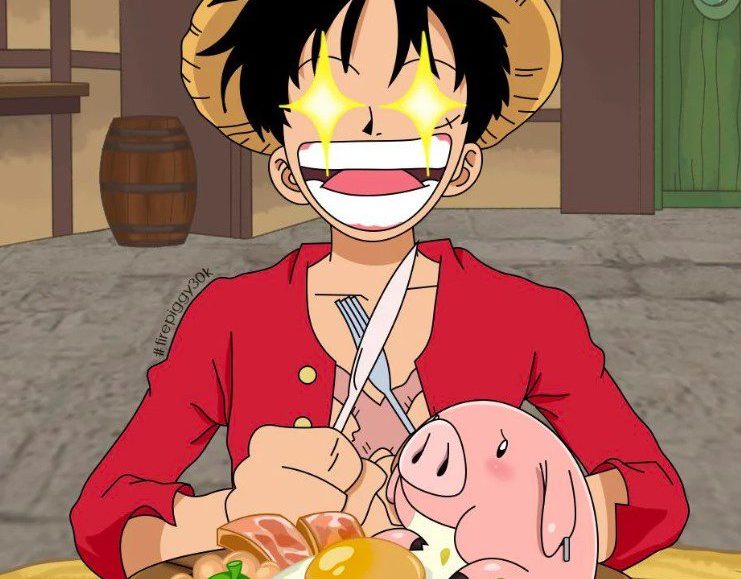 One Piece fans never know why characters like Luffy eat too much. This might be a habit for many action animes since many have different characters from different animes that eat too much. But Luffy’s case is different even though sometimes he eats to enjoy food. We will dive into all the details that we know about Luffy. Luffy is the most interesting character of One Piece; even during his young age, he was always fun to watch. Luffy is one of the characters that made the fans want to watch One Piece.

The rubber man goes by different names since many pirates call him whatever they like when they fight with him. Luffy has been lively throughout this anime, has won countless battles, and is yet to face another strongest man. However, we are familiar with everything that happens in One Piece, but we have saved that for later since our focus is on Luffy and his diet. It will never happen that Luffy will spend a day without eating unless he is involved in an intense battle like the one that is happening now.

However, before the big battle, Luffy first eats a huge meal so he won’t get hungry during the battle, and after the battle, he is always hungry and then enjoys eating food after a great battle. He can finish two tables full of plates of food within five minutes. No one can compete with Luffy in his crew, and we have never met a guy who eats like Luffy in this anime. This is one of the things about Luffy that makes an anime fan know Luffy better. There are many things that we will talk about Luffy below.

Why Does Luffy Eat So Much?

Luffy is a boy who has loved eating ever since childhood, and he keeps on talking about eating delicious food after every battle or before the battle. Luffy can do anything for food or fight with enemies for food. Sometimes when weak humans want to be saved, they promise Luffy delicious for as a reward once he gets rid of the threat. Luffy eats too much because he is thin and has no digestive problems. His body needs a lot of food to wield his power. 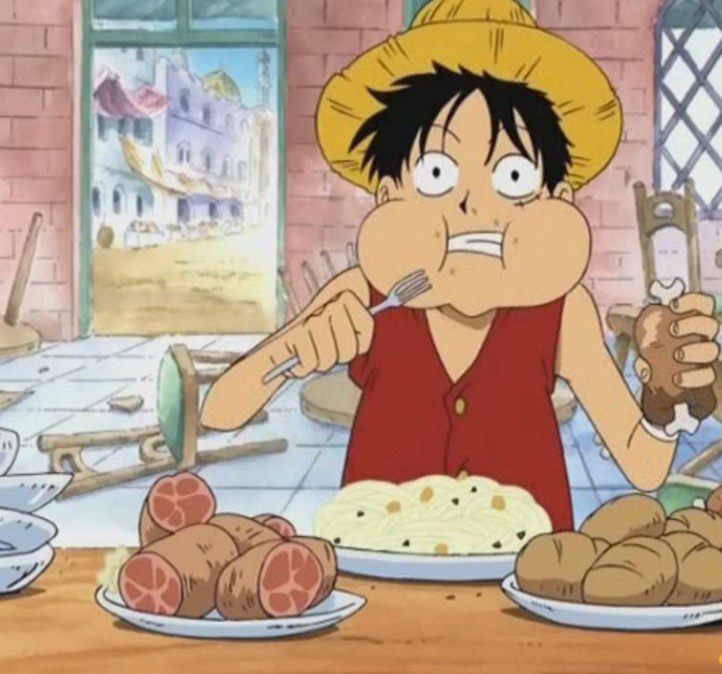 Sometimes this is caused by the Devil Fruit that he ate, but some of the reasons are that he loves delicious food and knows that pirates enjoy eating and drinking or partying. Luffy’s powers always make him hungry, and he always looks for delicious food. Even after eating a huge meal, he can get hungry if he uses his power or abilities at 100%. However, most of the pirate eats too much, and on Luff’s ship, it is always competition in eating and drinking.

Luffy eats too much because he enjoys eating with everyone and wants to live a peaceful life where everyone is happy and eats different delicious food. We see this when he arrives at the Land of Wano and gets angry after seeing Beast Pirate Crew enjoying food, but they are not sharing g with the citizens. Luffy’s stomach digest food fast due to his powers, which makes him eat too much. His stomach can hold many different foods simultaneously and digest them quickly, which sometimes makes him feel hungry.

Luffy is a boy who grew up with other orphans since his mother and father were not around to shower him with love. But Luffy understands this since he is a pirate and knows pirates don’t stay around their families since they protect them. He is a boy that eats Gomu Gomu No Fruit and becomes a rubber man. Luffy is a tall, slender boy with black hair and always loves to wear the same outfit that changes its color with the anime’s arc. His dream is to become Pirate King, and he is also the Captain of his Pirate crew. 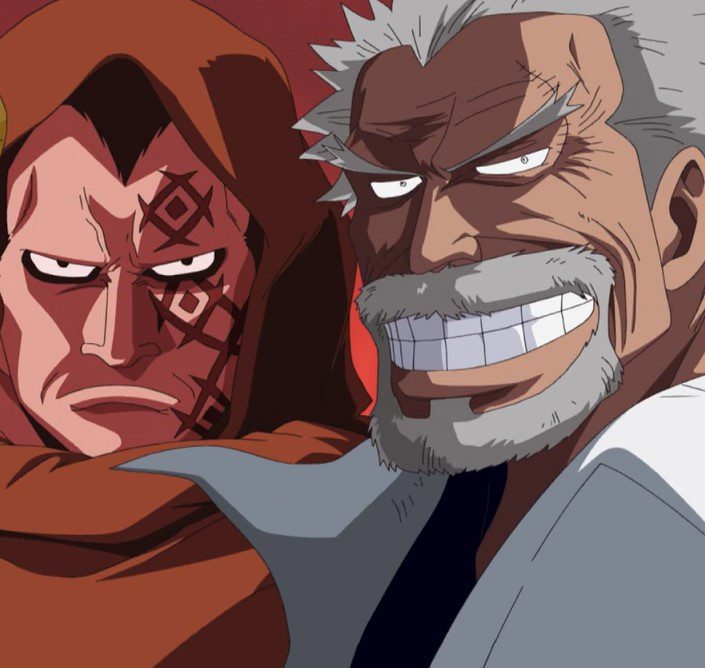 Luffy’s full name is Monkey D. Luffy is one of the special families since the D in the surname has an important meaning. Monkey D. Dragon is Luffy’s father, and Monkey D. Garp is his grandfather. Luffy’s mother is yet to be revealed, but Ace and Sabo became his brother, and his father, along with Garp, is still alive. Monkey. D family is one of the strong gest families in this anime. They have a great reputation in both the Pirate world and the Navy world.