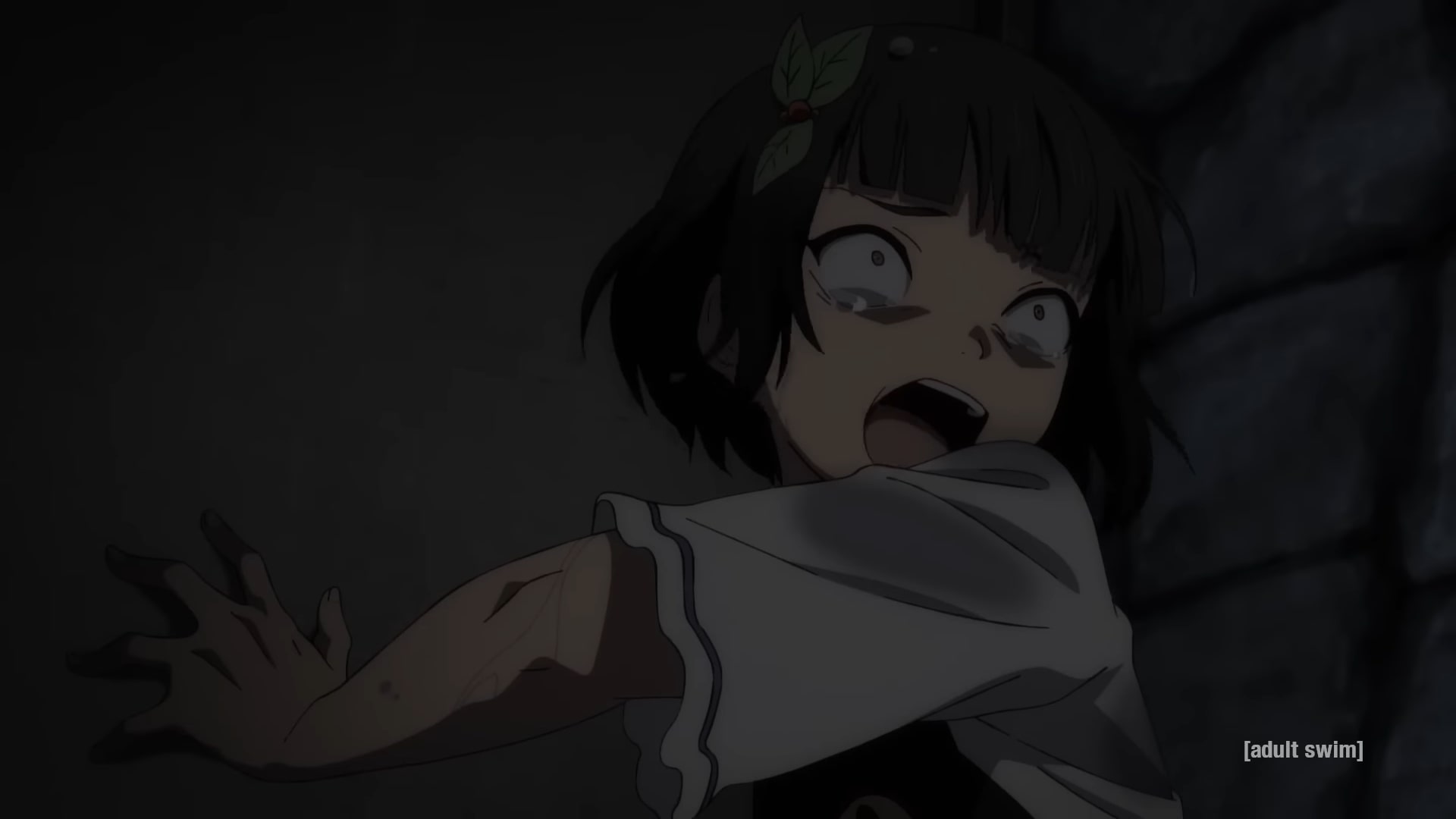 It is anime season! Weebs, get ready to add another anime to your Fall 2022 Watch List as we prepare to release a Japanese horror anime series! Housing Complex C is directed by Yūji Nara and will be animated by the animation studio Akatsuki. Adult Swim is producing the series. The plot of the anime will focus on Kimi, who lives in a low-cost housing complex in the town of Kurosaki.

Xanthe Huynh is an American voice actress and is popular for her voicework in the English dub of anime series. She is the voice actor behind Alluka Zoldyck un Hunter x Hunter and Tokie (Kibutsuji’s daughter) in Demon Slayer: Kimetsu no Yaiba. 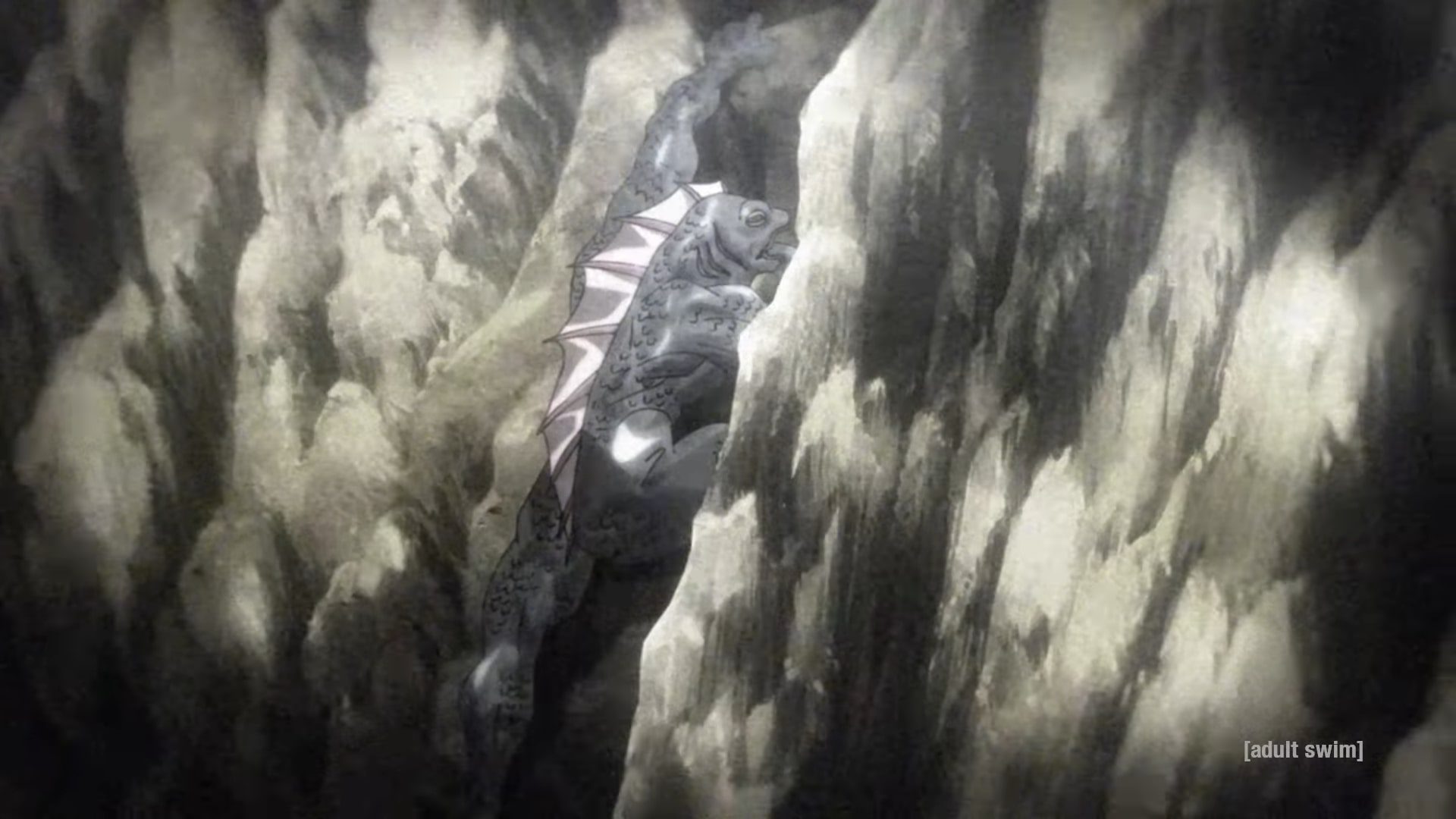 AdultSwim released the preview of the 1st episode on YouTube. The peak starts with Kimi discovering and enthusiastically wishing to find treasure in the dark, dusted place containing a lot of items that belong to someone else. These items must not have been cleaned, as Taka (Kimi’s professor) explains as they begin to examine items to clean. Supposedly the owner of these items is dead, and Kimi begins to touch different objects.

We get to see a Kokeshi doll from Suguru and some fan having an anime character. What makes Kimi pause is an old zoetrope in the store room. The professor asks her to spin the zoetrope and look in it. Kimi is stunned as she observes the image moving and then confusingly asks the Professor about it. She thus learns about optical illusions as the Professor explains to her that often our eyes deceive us with lies and sees them rather as the truth.

He then gave her an example by drawing 2 lines of the same length but manipulating them in such a way that one looks shorter. What makes us pause during this preview is that towards the end, the Professor remembers seeing “an optical illusion,” which gives us a headstart into exactly what can we expect from this anime.

The fans are expecting the anime to be brutal and scary. Some fans even reacted to how a wholesome character like Kimi is. But most of them are excited about the start of the Spooky Halloween season with this anime. Many fans are guessing that the anime will specifically deal with optical illusions leading people to believe in a horrific scene, whereas others believe that the housing complex will turn into an ancient sanctuary of evil.

Most of the AdultSwim is glad to get another original series, and that too in the Horror genre. Thus, we could not be more excited as well to welcome to show in the Spooky season of October.

Whereas Kayli Mills is an English voice actor who will be voicing Yuri in Housing Complex C. She is the voice behind Runa Yomozuki of Kakegurui and Pyon of Hunter x Hunter. The actor even took it to Twitter to share her excitement about the anime.

I'm so excited to be the English voice of Yuri in Housing Complex C! This 4 episode series is SUCH a ride, and I can't wait to share it with you this spooky season~ It'll be airing on Adult Swim starting Midnight October 1st. Don't miss it! 🔪🎃🐈‍⬛ https://t.co/NtIDzwwx6y

Many fans have tweeted about the lesser number of episode releases. The storyline supposedly has caught up everyone on the hook that most of the weebs cannot believe that just 4 episodes in one season will be enough for their eyes!

Housing Complex Episode 1: How To Watch

One can stream the episodes on HBO Max the next day of the premiere. The exact dates for the release of the episode are still unavailable for other countries, but a slight delay can be expected. The original anime series is said to have 4 episodes in the first season. The episode schedule is as follows: