Mare of Easttown is the latest HBO miniseries that stars Kate Winslet in the leading role. The show is a crime drama currently airing on HBO and streaming on HBO Max. The story revolves around a righteous and diligent small-town detective Mare Sheehan. Kate Winslet plays the titular role with the usual panache she brings to her roles every time. The HBO miniseries is created by Brad Ingelsby while Craig Zobel is has directed it. It is set in a Pennsylvania town. With only one episode out so far, the series seems to have a lot of promise. Kate plays the tough, no-nonsense, and world-weary detective Mare Sheehan. She is a divorcee and a single mother, recovering from drug addiction. Her son committed suicide and died years ago and now she lives with her toddler son.

Her ex-husband is getting engaged and has a new place that’s just behind hers. Suffice it to say, she isn’t exactly going through the greatest of times. She lives in a small town called Easttown. The town is so small that almost everyone knows everyone there. A year ago, a girl from the town disappeared. The girl’s mother is desperate for closure and goes to the media, talking about law enforcement’s remissness. Following that, the case is reopened. Mare is not enthused. She had chased every lead and concluded that they will never be able to find the girl. But when another girl is found dead and the crime is linked to the disappearance case. The show follows Mare as she struggles to juggle between her professional and personal life. Now let’s dive into 10 other shows that are like Mare of Easttown that you must see. 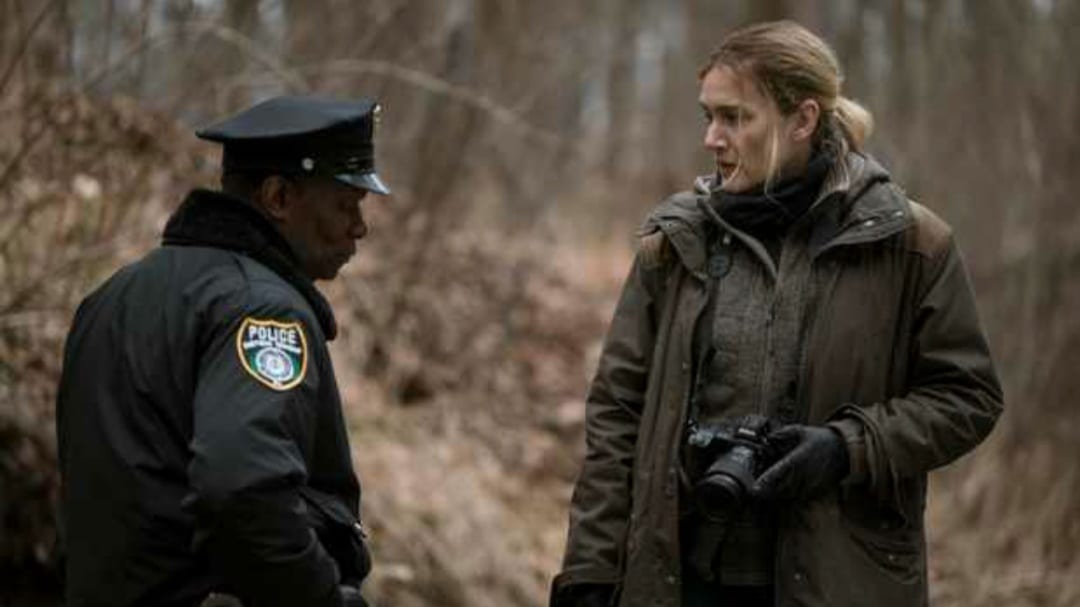 Mare of Easttown is a crime drama starring Kate Winslet.

(Similarities with Mare of Easttown — Lead Character and Premise)

Deadwind is a Finnish crime drama Nordic noir TV series. Rike Jokela is the director while Jari Olavi Rantala, Jokela, and Kirsi Porkka have created the series. It stars Pihla Viitala, Lauri Tilkanen, Jani Volanen, and Tommi Korpela. The show premiered in Finland on Yle TV2 in March 2018. It follows Sofia Karppi who’s a detective of the Finnish police. She’s a recent widow and is in her 30s with two children. When Sofia returns to police work, her first case is the murder of Anna Bergdahl, a social affairs consultant. Deadwind shares a couple of similarities with Mare of Easttown, mostly how they both revolve around a single mother. It also shares similarities with another entry in this list — the Danish show The Killing.

The Fall is a crime drama TV series based in Northern Ireland. The series stars Gillian Anderson as Detective Superintendent Stella Gibson. Allan Cubitt has written and created the series. It also features Jamie Dorman as a serial killer named Paul Spector. Artists Studio has produced the series. The series premiered on May 12, 2013, on RTÉ One in the Republic of Ireland and Northern Ireland. It is shot mostly in Belfast and Northern Ireland. The plot follows a Metropolitan Police Superintendent Stella Gibson. She is a senior investigating officer who reviews investigations. She is given an assessment of the progress of a murder investigation that’s been active for almost a month. When it becomes clear that the serial killer is on the loose, she must work with others to capture him. The serial killer is Paul Spector, who is attacking professional women in the city of Belfast.

The Fall is a slow-burning psychological thriller. The reception to the show has been mostly positive. It has also been nominated for several awards and won many as well.

The Killing is an American crime drama TV series that airs on AMC. It is based on the Danish TV series Forbrydelsen (The Crime). It premiered on April 20, 2011. Veena Sud developed the American version. Fox Television Studios and Fuse Entertainment have produced the series. The series is set in Seattle, Washington. It follows the various murder investigations by Sarah Linden and Stephen Holder, two homicide detectives.

The first season follows the investigations into the murder of teenager Rosie Larsen. It has three main storylines. It follows Rosie’s murder investigation, Larsen’s family’s dealing with grief, and a political campaign involved with the case. Season 2 resumes the investigation into the same murder case from season 1. It reveals secrets about the Larsen family. It also reveals a possible conspiracy within the political campaign and the police department. The Larsen murder case is resolved and closed.

Season 3 takes place a year after the Rosie Larsen case. Stephen Holder searches for a runaway girl and uncovers a string of murders connected to Sarah Linden’s previous murder investigations. Linden, who is not a detective anymore, must make a return and contend with the case she thought was closed. Season 4 follows Sarah Linden and Stephen Holder tackling the aftermath from the previous season. They’re also investigating the murder of a family.

She lives with her drug addict sister Clare and her daughter’s son Ryan. Her daughter Becky died by suicide years ago and Ryan is a product of her rape by Tommy Lee Royce. Catherine learns that he’s out of prison after serving time for a drug charge. She then sets out to find him the rapist and finds herself a new kidnapping case involving him. Season 2 takes place 18 months after the events of season 1. This show also has quite a few similarities with Kate Winslet’s HBO miniseries.

Sharp Objects is a 2018 psychological thriller TV miniseries based on Gillian Flynn’s 2006 Nobel of the same name. It premiered on July 8, 2018, on HBO. Marti Noxon is the creator of the miniseries while Jean-Marc Vallée is the director. It stars Amy Adams, Patricia Clarkson, Chris Messina, Eliza Scanlen, Matt Craven, Henry Czerny, Taylor John Smith, and Madison Davenport. The cast also includes Miguel Sandoval, Will Chase, Jackson Hurst, Sophia Lillis, Lulu Wilson, and Elizabeth Perkins. The plot follows an emotionally troubled reporter, Camille Preaker, returning to her hometown to cover the murder of two girls. Amy Adams plays Camille Preaker who is suffering from alcoholism. She has been recently discharged from a psychiatric hospital after years of self-harming. She returns to her hometown, Wind Gap, Missouri, to investigate the murders of two young girls.

When she arrives at her childhood home in her hometown, she has to confront her demons. Patricia Clarkson plays Adora Crellin, Camille’s overbearing mother. Chris Messina plays Detective Richard Wilis. He has come to Wind Gap to help with the ongoing murder investigations. Eliza Scanlen plays Amma Crellin, half-sister of Camille. Matt Craven plays Bill Vickery, the police chief of Wind Gap. The miniseries received critical acclaim for its visuals, directing, and performances. Patricia Clarkson won the Golden Globe Award for Best Supporting Actress – Series, Miniseries, or Television Film. Adams also won a nomination at the Golden Globes for her performance. The series also bagged eight nominations at the 71st Primetime Emmy Awards.

The Woods is a Polish mystery thriller TV miniseries based on Harlan Coben’s 2007 novel of the same name. It hit Netflix on June 12, 2020. The story follows two different periods: August 1994 and September 2019. In the latter period, A murder victim is found with newspaper clippings about him. The police call upon a Warsaw prosecutor Pawel Kopinsky to identify the body of the murdered victim. It appears that the murder is linked to the August 1994 summer camp where Pawel was a chaperone. Drying that summer camp, two people were murdered while two people went missing. One of the missings was Pawel’s sister Kamilla.

A British anthology drama TV series, The Missing is a story about a missing child. Brothers Harry and Jack Williams have written the show for an international co-production between BBC and Starz. The two seasons follow two different stories revolving around a missing child — a boy in season 1 and a girl in season 2. Tom Shankland has directed the first season, starring Tchéky Karyo as Julien Baptiste playing the detective solving the case. James Nesbitt and Frances O’Connor play the missing boy’s parents. Ben Chanan has directed the second season of the series, starring Tchéky Karyo, David Morrissey, and Keeley Hawes. Both of the seasons have fared well with the audiences and the critics. The success also led to a spin-off series called Baptiste, starring Karyo as the titular detective.

The Bay is a crime drama series that airs on ITV. Morven Christie plays a detective sergeant, Lisa Armstrong. When teenage twins go missing in the coastal town, DS Armstrong is pulled in for their search. It’s revealed that Armstrong has a personal relationship with the twins. As an assigned Family Liaison Officer, she must deal with the frantic family while managing the police investigation. She must juggle between the two paradigms without emotionally involving herself or revealing her connection to the case. The first season is kind of lukewarm but season 2 picks up the pace and improves upon a lot of things.

Giri/Haji is a British crime thriller TV series. Joe Barton has created the series and also written it. It stars Takehiro Hira, Kelly MacDonald, Yōsuke Kubozuka, Will Sharpe, Aoi Okuyama, and Yoshiki Minato in prominent roles. The plot follows a Tokyo detective, Kenzo Mori (Takehiro Hira). He travels to London in search of his brother, Yuto (Yōsuke Kubozuka) who was dead, presumably. Yuto is accused of murdering the nephew of a Yakuza member and it could potentially start a gang war in Tokyo. Kenzo navigates through unfamiliar territories of London to see if his brother is alive and guilty. His search takes him an acquaintance of the DC Sarah Weitzman and Rodney Yamaguchi, a half-Japanese, half-British sex worker. As he searches for Yuto in London, he must also support his family in Tokyo while tackling dangerous underground London.