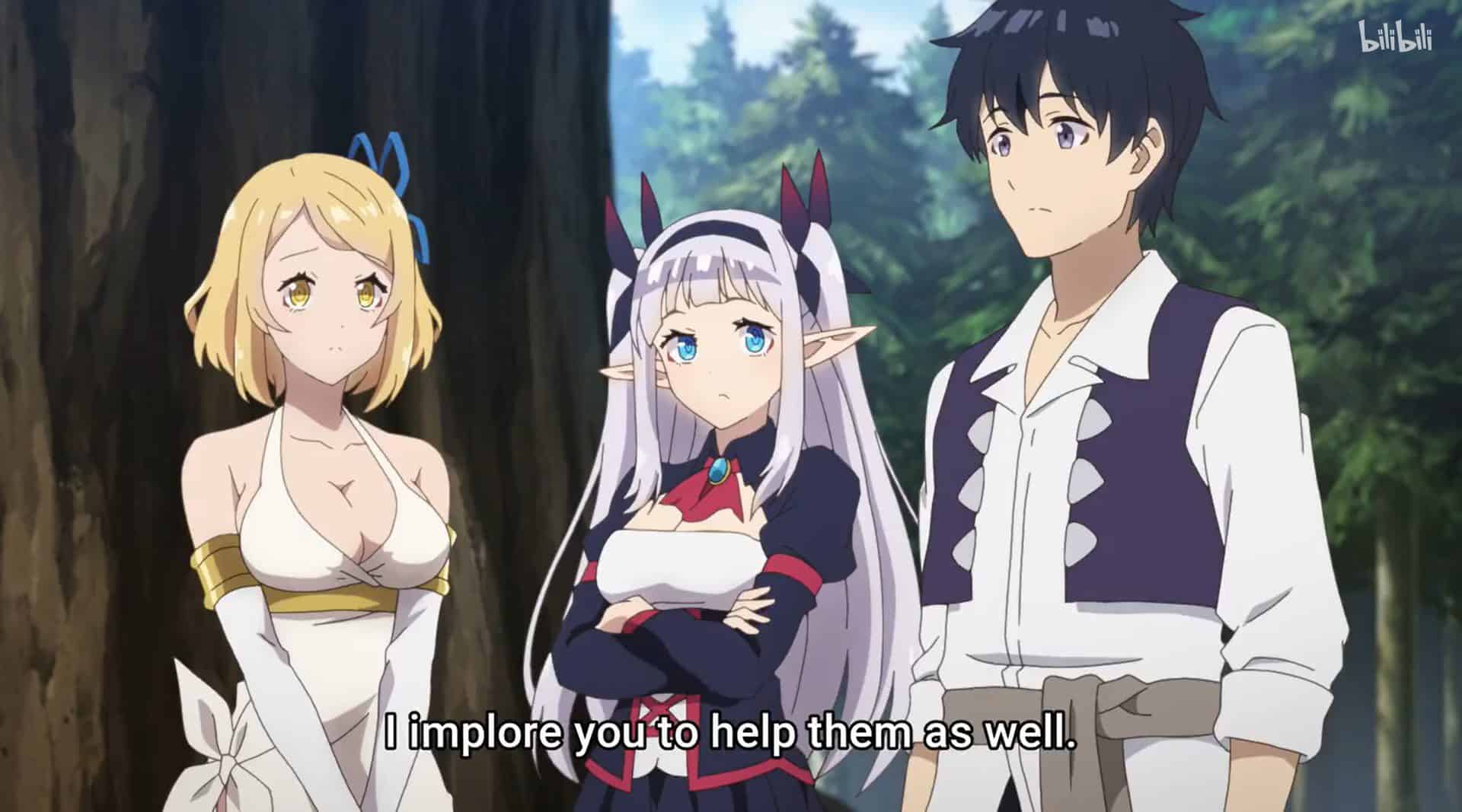 An anime series of the same name was released by Zero-G in January 2023, based on the light novel series Farming Life in Another World by Kinosuke Naito and illustrated by Yasumo. The series has gained immense popularity since its release in October 2017 and became a best-seller since then.

Machio Hiraku, the anime’s protagonist, dies at the age of 39 due to illness. God provides him the opportunity to live a different life in another world, as well as some wishes. Even though the storyline and premise appear to be standard, it will be intriguing to watch what problems he faces in his new life as a farmer. His dreams include living a healthy and quiet life and learning the local language.

We see in episode 3 that when Tia seeks Ru, she is surprised to discover her married to Hiraku. Tia discloses that Ru has a bounty on her for destroying a village, but Ru maintains that the bounty is justified because a noble imprisoned her there.

Ru unexpectedly invites Tia to live with them, and after witnessing their farming lifestyle, she effortlessly adapts to it. Hiraku expands the property to offer the wolves more room. The babies of Zabuton have fled to find their territory, but the others have taken up residence among Hiraku’s fruit trees. 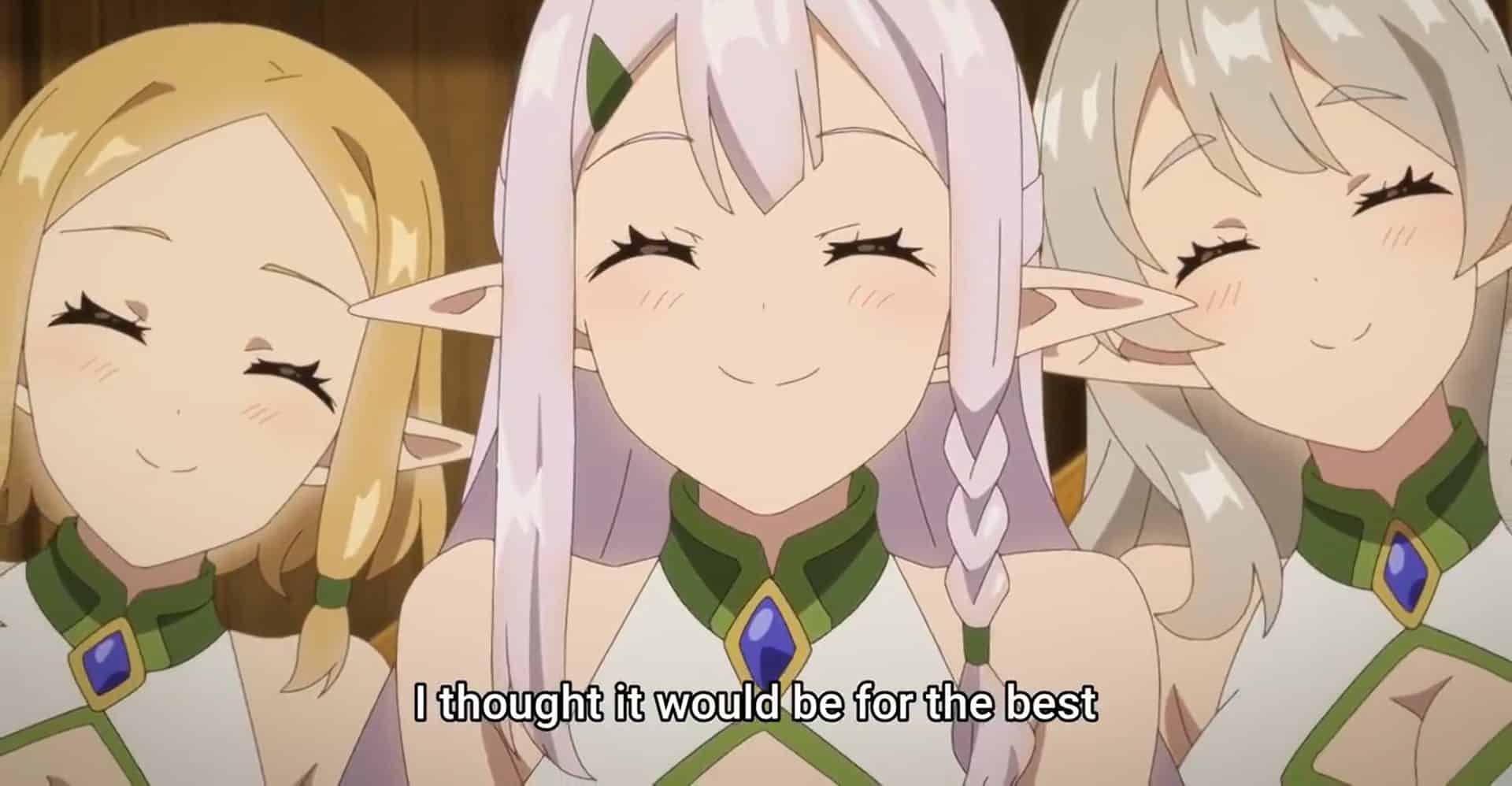 Tia invites seven females from a clan of nearly extinct high elves who seek a stable home to replenish their numbers to the farm in need of help. Let’s see when Farming Life in Another World Episode 4 will be released, a review of episode 3, and streaming details.

Starting with Machio waking up, Ru reminds Machio of things that Ru had helped him with, such as lights, & the fact that he had already found a salt vein without realizing it. They then check on the orchards together. Amid their conversation, Zabuton sounds an alarm.

As they go to investigate, they find Tia in a similar position to Ru’s a while ago. Ru confirms that Tia has been following her. As soon as the three return to the hut, Tia introduces herself as an angel. Angels are a warrior race in this world & were once worshipped. The bounty Ru has been given for the damage she caused in town is revealed to us after they finish talking about her past. 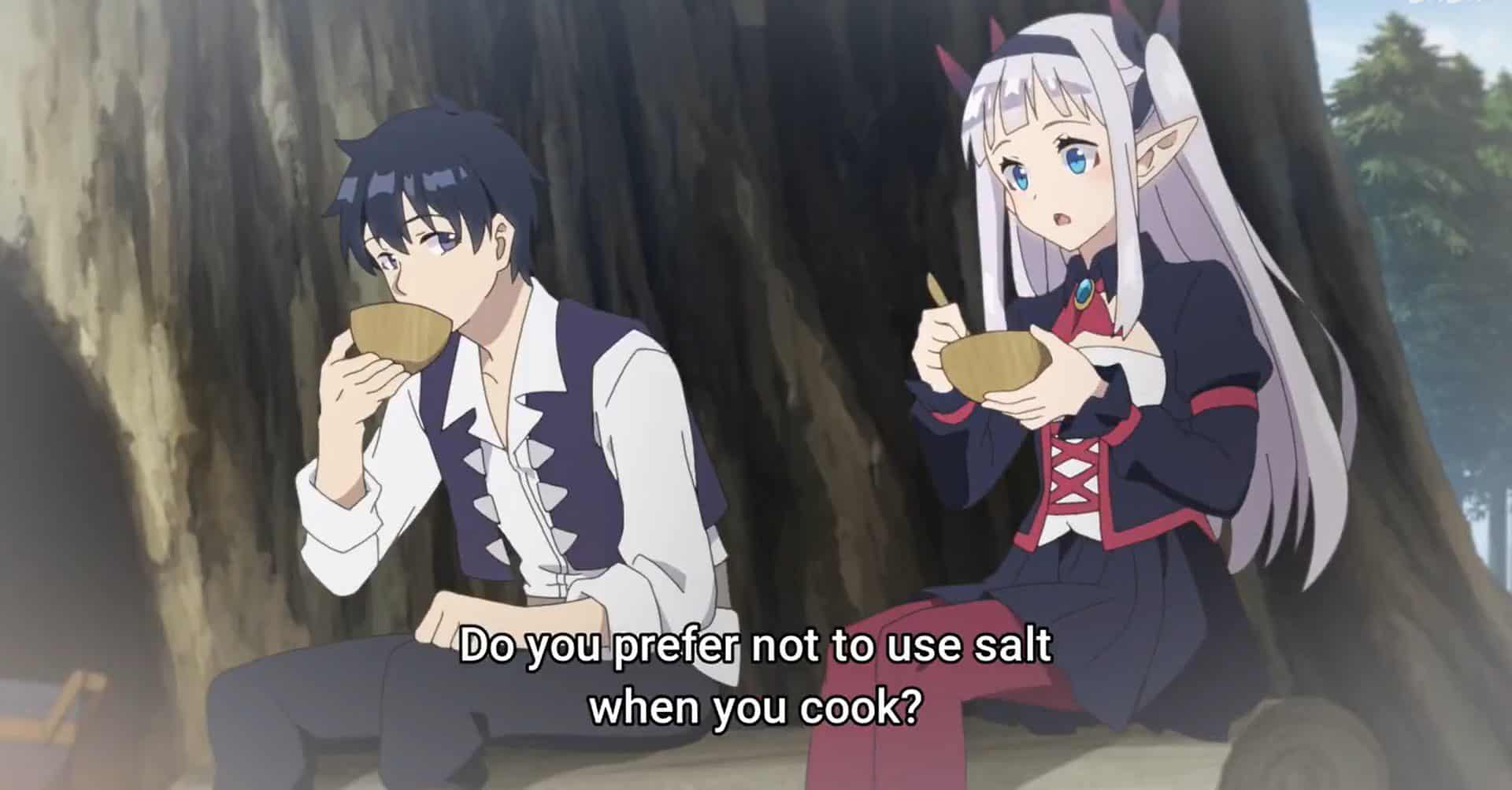 Ru invites Tia to live with them. She is given a tour of the crops. Upon encountering Zabuton, Tia collapses. As they harvest, they have her help with the harvest. At night, they go back to the hut to spend the night. Ru says that it is decided and Tia will now live with them. Tia and Ru continue to employ magic in some regions while collecting crops.

Some of Zabuton’s children have left now that the pups have their puppies. Tia will also be gone for a few days. Tia had brought seven more with her when she returned. Ria & six other high elves ask to live there. In the aftermath of human wars, most of the tribe members have been wandering around for years. To settle down and repopulate, they have been searching for a place to settle down and repopulate. 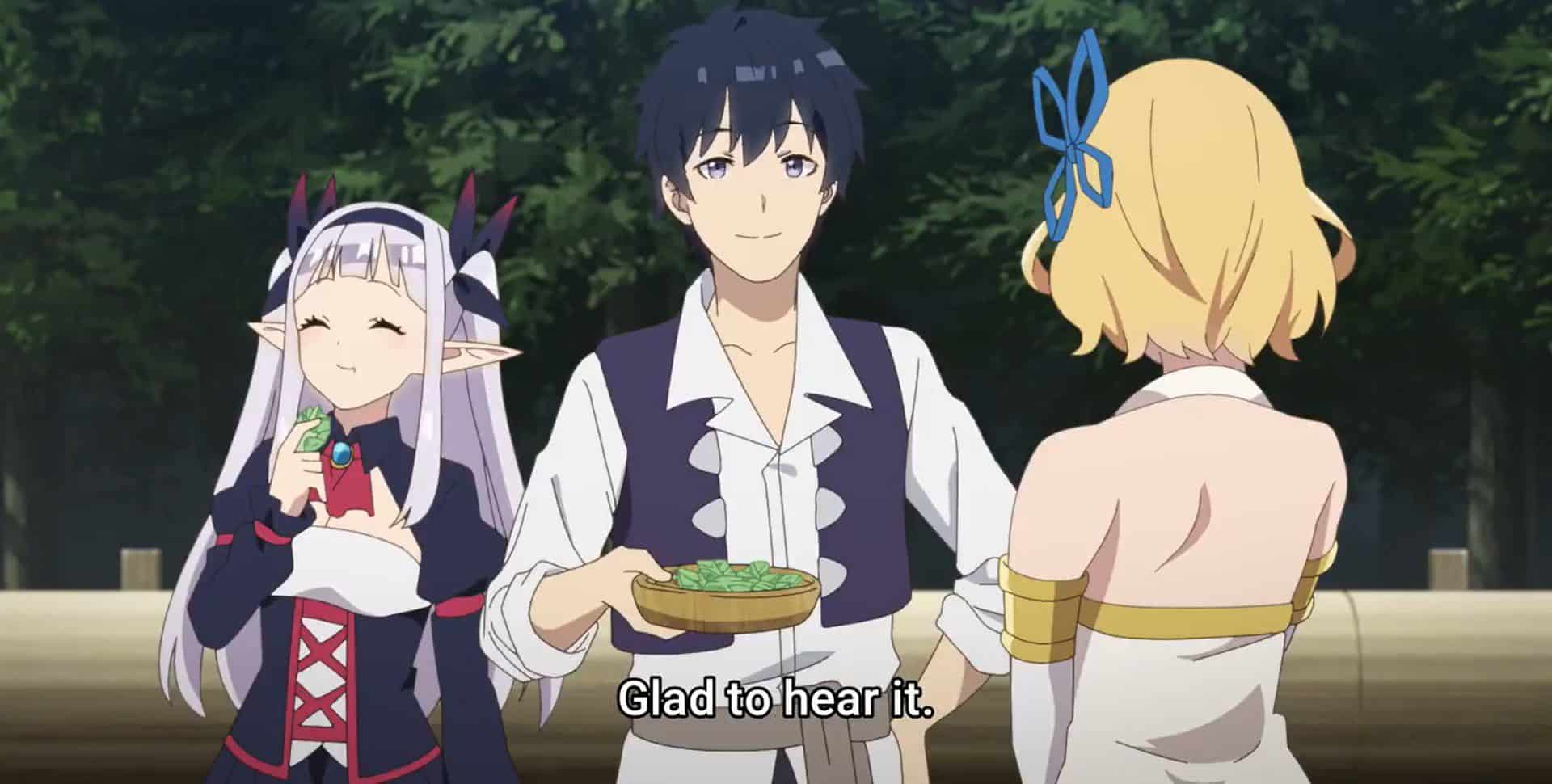 Despite being accepted, they collapsed when introduced to the dogs and Zabuton. Machio is jealous of how much better their skills are but plans to use their technique. Ria constructed a new house for them to live in. The elves assist with harvesting as the days pass. Machio is chastised for telling Ria what he believed he knew about elves.

Ria also offers to help him with his blacksmithing. They create an item for Machio after creating a furnace. He is astounded and delighted to have such skilled people to help improve the village’s civilization. Having decided to call it a day for harvesting the crops, Ria and another elf decided to make bread with some wheat. Once they had gotten their permission, the girls made the bread. Machio brought up a rather late question while eating the bread. He asked Ru if anyone owned the land. 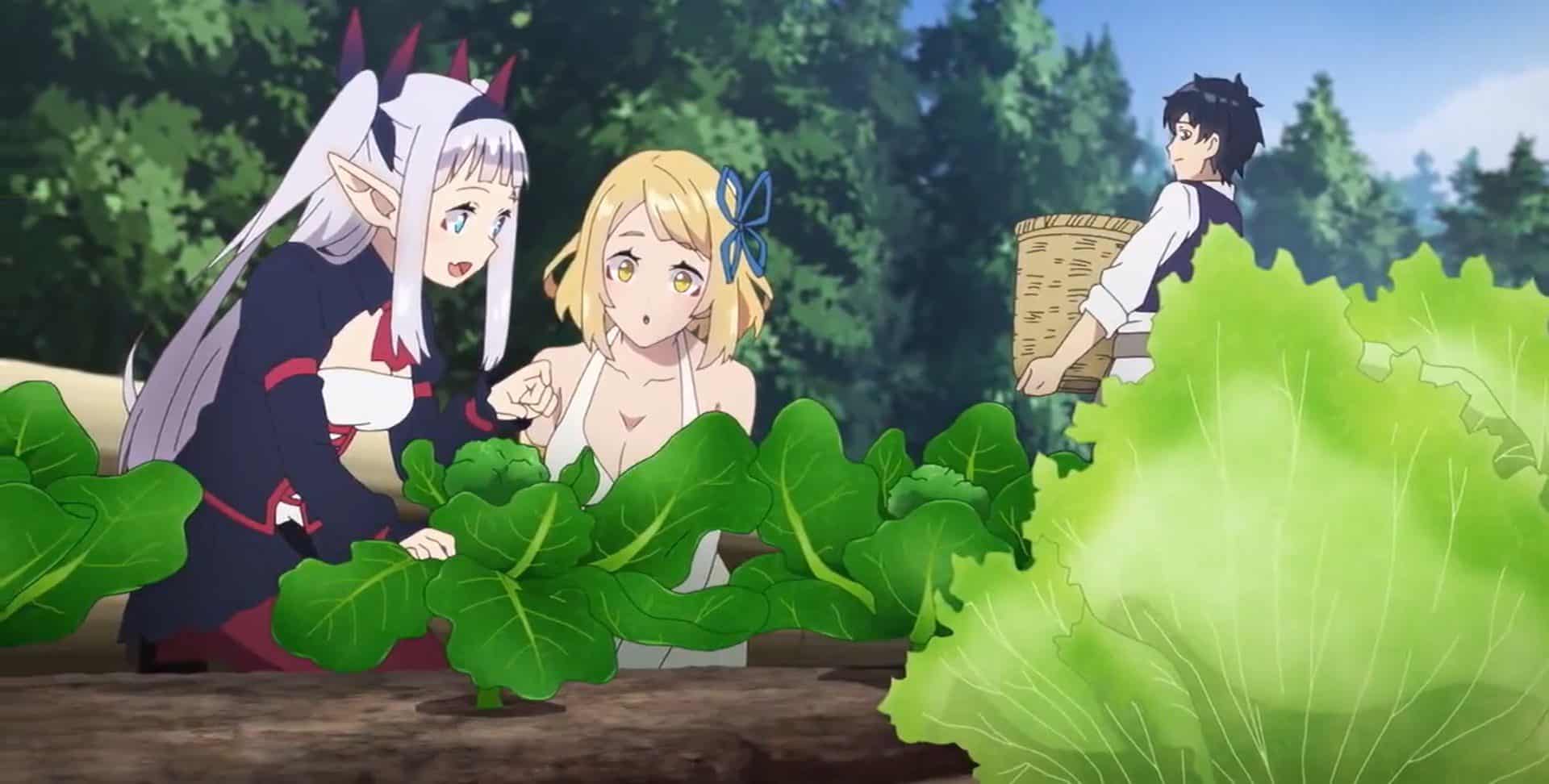 This makes Machio uneasy, however, Ru states that the land is his since the place was built without support. Later, Ria, Tia & Ru discuss Machio and other issues. They discuss the dogs as inferno wolves and Zabuton as a demon spider. At the same time, Machio is cutting wood in the cabin. He seeks Ria’s assistance because he has made no progress on his project.

Where To Watch Farming Life in Another World Episode 4?

International fans can watch Farming Life in Another World Episode 4 anime officially on HiDive. You can also watch the previous episode on the same platform.

Also Read: How to Watch Farming Life in Another World Episodes? Streaming Guide