Song Joong-ki is a Popular South Korean actor. After giving hits like Descendants of the Sun and Vincenzo, he had a not-so-long appearance in the South Korean Drama Little Women. This is going to be his Second drama this year after it. His drama Vincenzo had a final rating of 14.6%, making it the fourth-highest-rated tvN drama premier and the sixth-highest-rated drama in the whole TvN’s history. In this drama, he was given a role of an Italian lawyer and Mafia Consigliere. This role was different from his previous acts. This sets the Expectation level high for the viewers to expect something different in his Upcoming drama, The Youngest Son of a Conglomerate.

Shin Hyun-bin is a well Kown South Korean Actress. She has a different Aura which always leaves the Audience Stunned. She started her acting career with the film He’s on Duty. After the premiere of this film in 2011, she bagged the Best New Actress at the 47th BaekSang Arts Awards. In Hospital Playlist, she plays Jang Gyeo-ul, which was a Supporting Character. In the interview with Harper’s Bazaar, the actress reveals that ‘Hospital Playlist’ has been a turning point for her. In 2022, she acted in a Supernatural, horror, and Thriller South Korean Drama, which had a 4.6/10 IMDb rating. The show wasn’t a great success. But the fans can expect a better Comeback from her role in The Youngest Son of a Conglomerate. 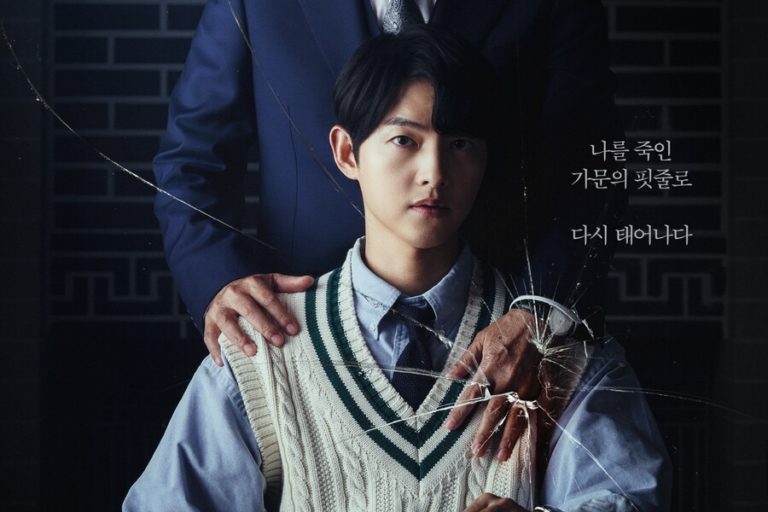 the youngest son of a conglomerate episode 1: Release Date
Credit to: JTBC

The Youngest Son Of A Conglomerate: Plot

Song Joong-Ki will play Yoon Hyun Woo, who gets framed for embezzlement and dies shortly after that. Jin Yang Chul, the ruthless CEO of Sunyang Group, is the man behind the mask who betrayed Yoon Hyun Woo, who was loyal to him as well as to his Work. But the deity has some other plans. A miraculous event happens, which brings him back to life. And he wakes up inside the body of Jin Do Joo, who is the Youngest male member of Jin Yang Chul’s family. After he realizes everything, he wants to take revenge. The burning ablaze within him wants to take down everyone who killed him.

Shin Hyun-bin will play the role of Prosecutor Seo Min Young, who is called the “Grim Reaper of the Sunyang Group.” Seo Min Young finds out about the Sunyang Group’s illegal practices of hereditary succession. In the process of serving Justice, She gets involved with the Youngest male member of Jin Yang Chul’s family. What will happen when the two pass the path with each other? Are you excited to know? Then don’t miss the first episode when it airs. the youngest son of a conglomerate episode 1: Release Date
Credit to: Viki

All About The Cast Of The Youngest Son Of A Conglomerate the youngest son of a conglomerate episode 1: Release Date
Credit to: Viki

The Youngest Son Of A Conglomerate Episode 1 Release Date

The Youngest Son Of A Conglomerate Episode 1: How To Watch