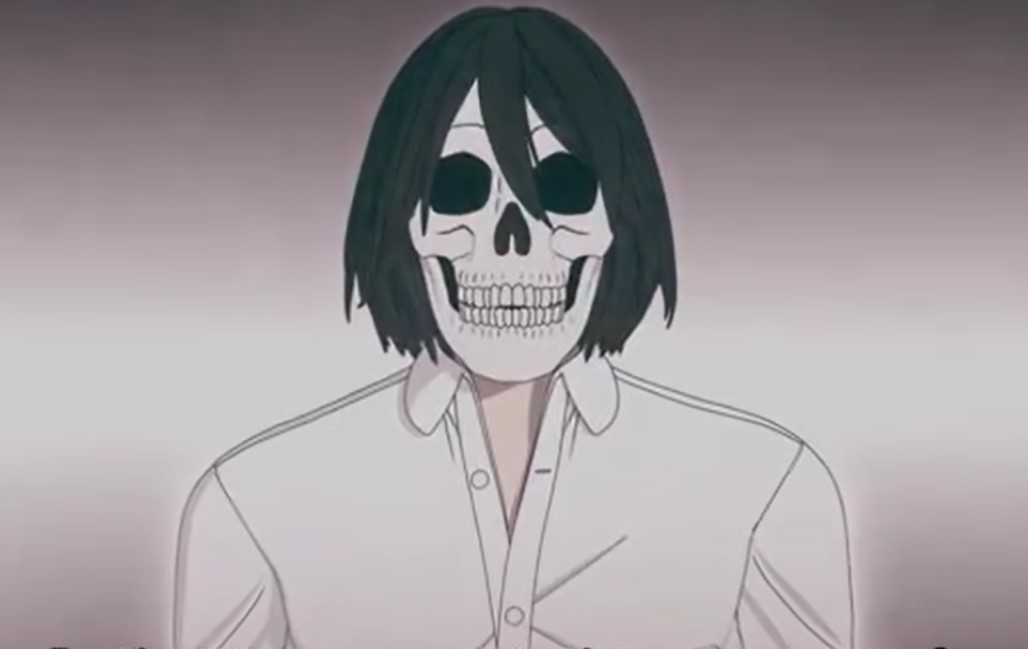 After escaping from the auction, even Natsume got separated from others. He met with Number 11, who told him that Alma is safe. Natsume asks Number 11 if he is the Auctioneer, and he agrees. Number 11 told Natsume that he could help him to turn back into a human. He asks Natsume if he is accepting his offer, and Natsume asks him to explain. Number 11 said the Natsume could stop working with the police and join his side.

He has to cut ties with everyone he is connected with, and he will help him be human again. The police are just using him since he is just a brain in a box. Natsume asks Number 11 if he’s Beta and Number 11 said he’s not. Natsume is looking for Beta, who looks like him. Beta is the one responsible for bombing Tokyo, and the police suspect Natsume. Chief Shiga asks Natsume to work with him to catch Beta in exchange for his freedom.

Ex-Arm Episode 8 will be released on Monday, 1 March 2021, at 1:05 JST. A new episode of Ex-Arm will be available every Monday. You can support this anime official at www.exarm-anime.com and Crunchyroll.

Take a look at the following recap.

Number 11 states that the police are just using Natsume to find Beta, and they will end up betraying him. At the same time, Alma and others are looking for Natsume. They have managed to find a perfect hiding spot, but they are not aware that Number 11 is manipulating Natsume. Number 11 asks Natsume if he really wants to go back to his human form. Natsume told Number 11 that he knows that he cannot accept that offer.

Natsume congratulates Number 11 for his efforts, and he said his answer is no. Number 11 replies that he was expecting this from Natsume. But Natsume will join him soon, and that is not a prediction; it is a spoiler. Number 11 reveals that it is Natsume’s destiny as Ex-Arm Number 00 Alpha to join him. Natsume asks Number 11 what he is trying to say. Number 11 comments that the police or Junkoku doesn’t deserve Natsume’s help.

Number 11 told Natsumeto to look into the Water Purification Plan terror attack in Berdeen; he will find answers. Number 11 vanishes and Natsume returns back to his brain-inside-box at Counter Ex-Arm Squad HQ. Chikage notice that Natsume’s brain is back to life, and she went near him. Natsume questions what’s the Auctioneer trying to do. Chikage asks where did Natsume meet with the Auctioneer. Natsume reveals that the Auctioneer is in cahoots with Al Jarde.

Al Jarde was the one out to get Jinkoku, and he asks Alisa to tell him about the Berdeen plant terror attack. Alisa reveals that it is the 2030 bombing of the water purification plant that local and Japanese firms were building. Chikage asks if the auction is linked with the attack. Alisa reveals that the case file can’t be accessed; it is classified. Hayama’s grandaughter said Hayama was part of the project.

Meanwhile, Shoma and Al Jarde are looking for Jinkoku. Shoma said they cannot locate them and don’t know where they run to. Al Jarde replies that they can keep on running, but he will find them. Al Jarde said the moment they find them; they’re going to exact their revenge. Shoma told Al Jarde that she is detecting some unusual activity nearby. At the same time, Minami finds that Al Jarde is responsible for her family’s death. She decided to encounter Al Jarde alone.

Alisa receives the news and asks Natsume to follow Minami. He manages to meet with her at the entrance of Al Jarde’s house. Minami told Natsume that she just want to talk with him. At the same time, the other Ex-Arms are planning to destroy Jinkoku. Natsume and Minami met with AlJarde at the passage. Minami asks Al Jarde about the plant attack. Al Jarde reveals that Minami was a victim of the attack. Minami asks why she has to lose her family.

Al Jarde told Minami about the story that happened eight years ago. At that time, Al Jarde was working on a joint plant project with a Japanese firm. He had a family that survived the civil war. Al Jarde notices that their country is poor and decided to change it for the next generation. But all it took was one missile from an unidentified drone that took everything away from him. Al Jarde decided to find out who bombed his family and vows that they will pay with their own blood.

He finds that the man responsible for it is Hayama Gaho. Hayam Gaho is the leader of Jinkoku, and only Natsume heard that since the Ex-Arms started attacking. They blocked Minami’s ears to hear the truth. They battled with those Ex -Arms and defeated them. After the battle, Minami finds her long-lost brother Shoma who told her the killer of their parents. Minami realizes that Shoma and Al Jarde are planning to kill Hayama. Minami tried to stop Shoma from getting his revenge, but Alma interferes.