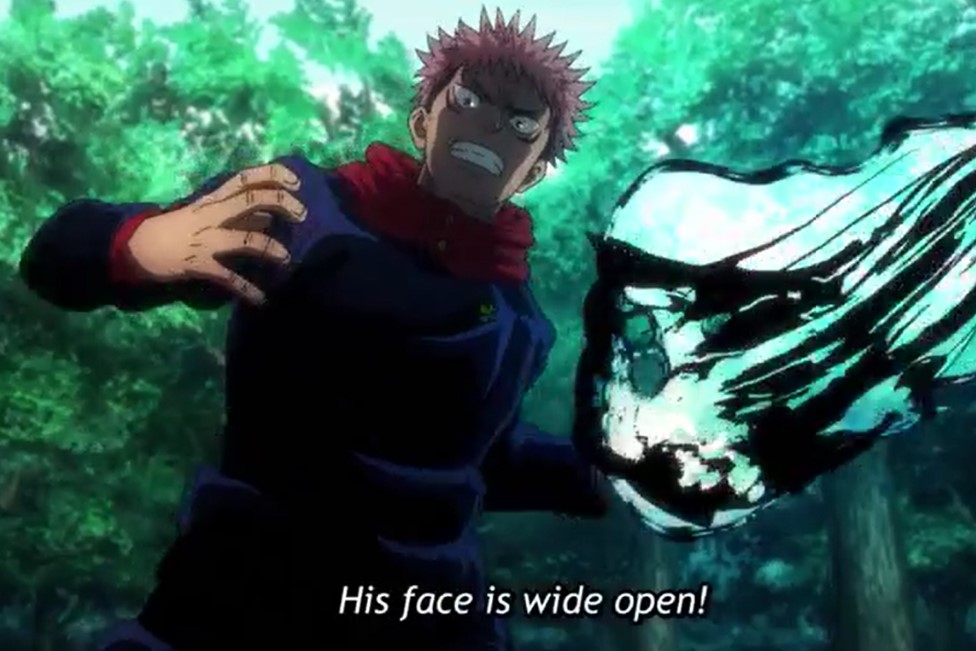 Todou and Yuuji continue to battle in the wood, a barrage of punches are being exchanged. They are both receiving and landing, but Yuuji is starting to have the upper hand. Todou notices that when he threw his right horizontal punch, Yuuji immediately sends a left vertical jab. He realizes that Yuji was not moving like his before, and he is improving. Yuuji landed a powerful palm that slams Toudou’s face, and he pins him to the ground after attacking him with spinning ground kicks.

Todou comments to himself that ” what a beautiful way to knock me down.”While he is landing on the ground, Yuuji unleashes powerful magic to finish Toudou. He thinks that Todous’s face is wide open, which leaves him to land a finishing blow. Toudou opens his eyes, showing that what Yuuji is planning won’t work. He blocked Yuuji’s Divergent Fist with his forehead and got up with a taichi move.

Jujutsu Kaisen Episode 17 will be released on Saturday, 5 February 2021, at 1:25 AM JST. Note that this Anime will release its new episode every Saturday. It will be on Friday for some countries, and we advise you to change your local time. Watch this Anime officially on Crunchyroll and Netflix. Watch out for the spoilers of the next episode. Let us take a look at the recent updates below. 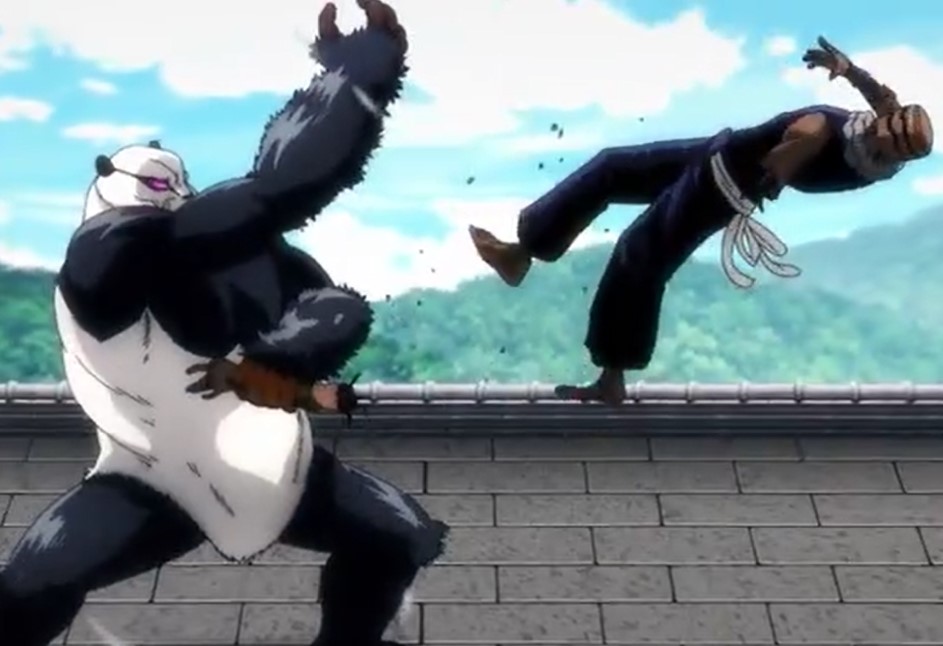 Todou grabs Yujui’s fist and comments that not what he wants Yuuji to devour right now. Toudou stands at his feet and reveals that Yuuji’s Divergent Fist is created by cursed energy. Lagging behind his superhuman physical prowess when normally it won’t lag is a tricky move. Todou also comments that Yuuji’s average sorcerer wouldn’t know what happened, and they will be left disoriented. Todou said what Yuuji is doing won’t work against special-grades.

Yuuji realizes that Mahito slips on his hands when he is fighting with him, but he defeated Mahito. Toudou calls Yuuji his best friend since they are common about the lady they prefer. He asks Yuuji what he will do. Yuuji comments that he will imbue his full strength with cursed energy at the right moment. Toudou said very well, but why his cursed energy is lagging. Toudou reveals that it is because Yuuji is channeling his cursed-energy.

The two started giving each other lessons like s student and a master. They forget that they are in a fierce battle, and Toudou gives Yuuji lessons about cursed energy. Yuuji is listening attentively to what Todou is telling him. It is becoming helpful to Yuuji, who is gaining more experience in fighting. After Toudou finishes giving Yuuji lessons, he thanked him. Yuuji comments that he gets it now and allow the cursed energy to flow all over his body. 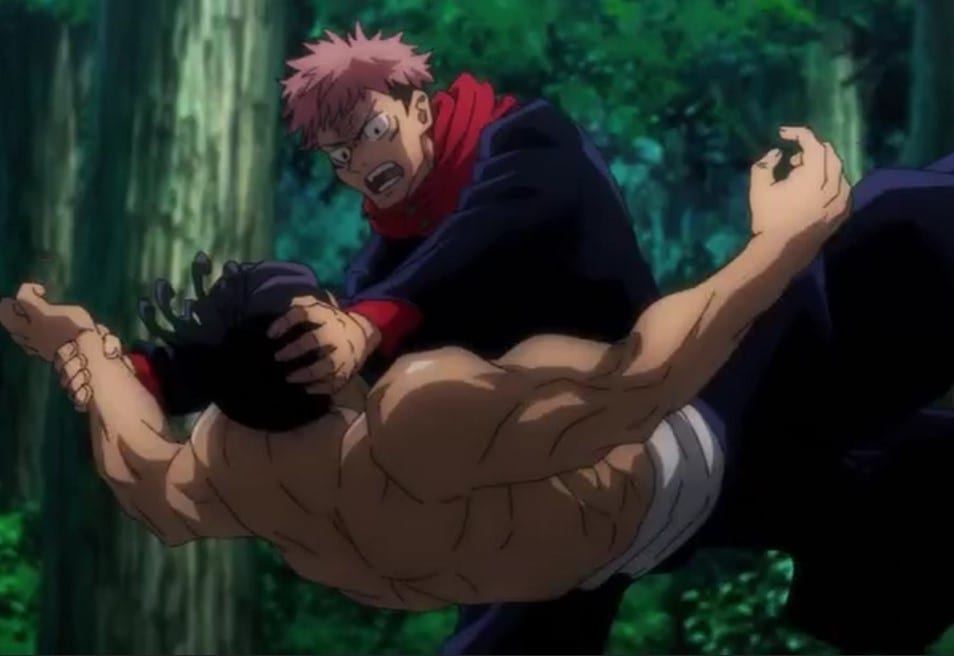 Todou comments that there is no time for worse anymore, and he will guide Yuuji with his strength. He talks to himself that Yuuji must not die on him; he must rise to greater heights. On the other side, Nabara confronts Momo asking her if the old geezer Yoshunobu has ordered Momo’s group to kill Yuuji. Momo notices that Nabara has good intuition. Momo looks at her and Panda and realizes it is the dummy Panda who reveals the truth.

Nabara told Momo that there is no need for her to hide the truth. Nabara also said that she is here to kill someone, too, especially a B-word Mai. At the same time, Nabara continues to tease Momo. Panda got shot with a single bullet and collapse. Ultimate shows up and comments that it is a cursed corpse; it won’t die, but it won’t be able to move for a while. Ultimate asks Nabara who she was calling Pepper and Momo told Ultimate to hold on.

Momo landed on the ground and said she wants to teach Nabara a lesson. Panda gets up and reveals that he was playing dead to lure Ultimate. He sends Ultimate flying with a powerful uppercut. Ultimate chose the sword option and attacked Panda with Ultra Spin. Panda doges the attacked and hit made a huge explosion destroying trees and ground. Panda comments that he has to finish this quickly. 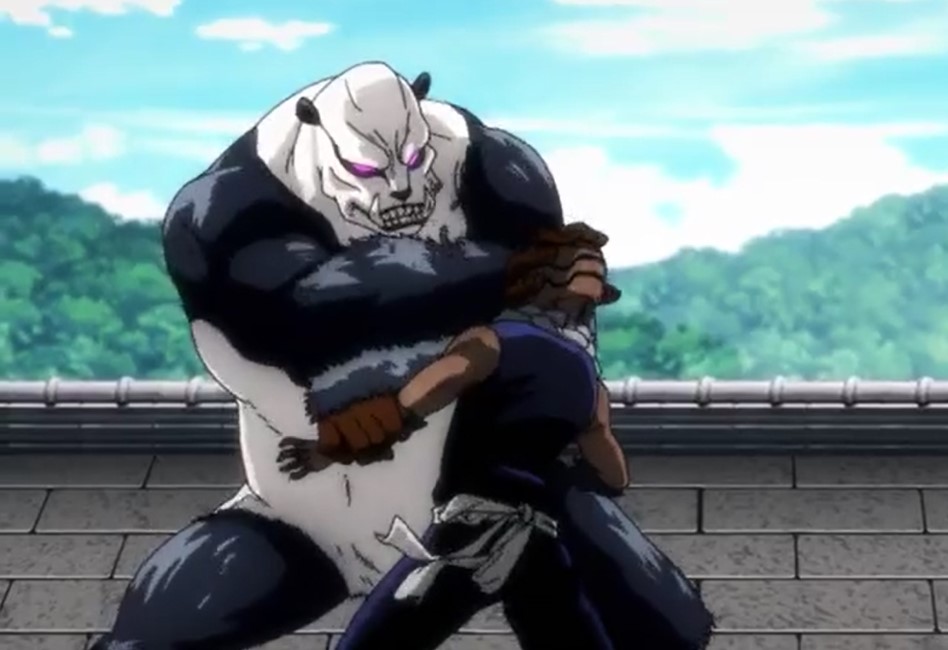 Panda is worried that they don’t have information on Ultimate, Momo, and Miwa. Panda told Ultimate that he is strong, and he asks what grade he is. Ultimate comments that he should not have told someone who is going to die. He unleashed a powerful blast and said he is a semi-first grade. He sends Ultra Cannon, and Panda realizes that semi-grade is above his grade. Panda blocks the attack like he is fighting a guy who is below his grade.

Ultimate notice that Panda has used Heat emission to build-up and cool down. Ultimate thinks that he can put Panda to sleep by heat the core of Panda’s heat emission. Panda started to show Ultimate who the true Panda is. He headbutts, slam, smash, stomp, and pounce Ultimate who realizes that he cannot read Panda’s moves.

After a long battle with the exchange of powerful blows, Panda transforms into a Gorilla mode. The battle is now taking place on top of the building, and Panda has destroyed Ultimate’s three armors. Panda started landing hummer blows that Ultimate is unable to defend. In his Gorrillar mode, he defeated Ultimate with a single slap. Panda left Ultimate and told him to pay a visit next time.

Take a look at other details of the battle here: Jujutsu Kaisen Episode 16.