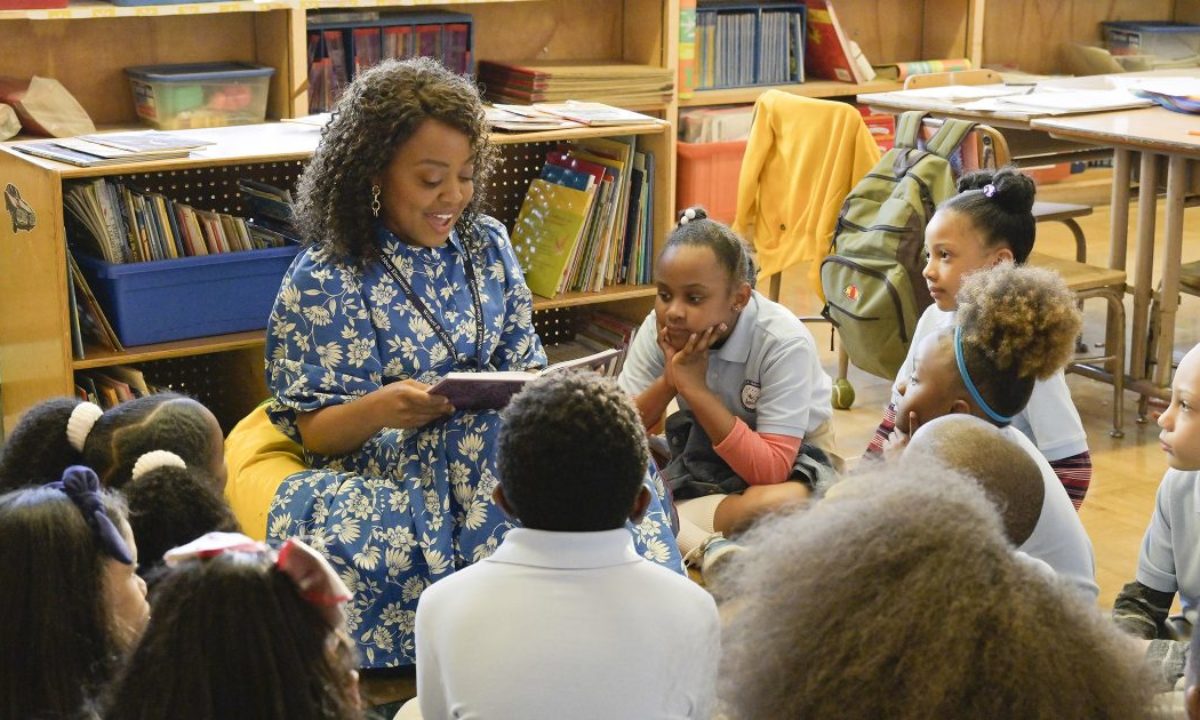 America’s favorite sitcom series is back with its second season. After Janine’s sudden change in decision to move to New York with Tariq, fans are excited to see what happens next.

The American sitcom TV series is popularly known as a mockumentary. A mockumentary is a fake documentary series that is created for the sole reason of its comedic effects and to poke fun at the genre of documentaries. The series takes place in an Elementary school in Philadelphia called Abbott Elementary. The first season consisting of 13 episodes premiered on 7th December 2021 as a midseason entry. Soon after it ended, it was renewed for its second season following the amazing feedback.

With numerous awards and nominations, the series has rightfully made its way to television again. So far, Abbott Elementary has bagged three Emmy Awards after its first season. The cast members also won awards for the supporting actress role and the writing of the series. At the 74th Primetime Emmy Awards, the show was nominated for the award of Outstanding Comedy series as well. The series’ popularity has reached the level of comedy series like Schitt’s Creek and there’s still more to come.

Season 2 is returning with director Randall Einhorn and writer Quinta Brunson and a lot more chaos. It’s development week time when everyone prepares for the next year’s fresh start. Naturally, everyone is overdetermined and wants to start the new year with the right foot forward. But whenever there’s too much attention on making things perfect, things begin to go wrong. With high expectations, students start to come pouring into the school when teachers are still figuring out how to handle these students.

This mockumentary portrays the role of teachers in a comedic manner. But when some of the most hilarious punchlines come out of poker faces, it makes the perfect comedic effects. From teachers trying to be “hip” and cool to teachers trying to fake a deep voice to keep students under control, it only hints at the chaos that is about to unfold. Along with the comedy and witty lines, the show has not forgotten to send an important message. It subtly tells the audience about the life of a teacher, which is often not so glamorous. “Being a teacher is being asked to show up every day and try our best” says everything.

The new season is finally returning with the most-loved cast members Janelle James as Ava Coleman, Quinta Brunson As Janine Teagues, Tyler James Williams as Gregory Eddie, Lisa Ann Walter as Melissa Schemmenti, and more. From competition between teachers to teachers crushing on one another, some of the show’s teacher fans have found it extremely relatable. Especially the scene in the season 2 trailer where Melissa’s reaction to having extra students was shown. Besides being aired on the ABC network, the ABC YouTube channel notifies that the series will also be available for streaming on Hulu. You can get a Hulu subscription at $7.98 per month as well as for the ad-supported plan of $13.99 per month. Hulu also offers an ad-free subscription plan at $19.99 per month. If you’re a student, don’t forget to opt-in for the student offer with which you can get access to movies and shows at just $1.99 per month.