The show Poong, The Joseon Psychiatrist, is the latest favorite among fans of K-drama. This Korean medical show released its first season on August 1st, 2022, and people have been obsessing over it ever since

It is based on Lee Eun-so’s novel Joseon Jungshingwa Uisa Yoosepoong, which was published on July 18, 2018. It depicts the stories of psychiatrists in Joseon. Set in 19th century Joseon, the series follows the story of Yoo Se-poong and his medical and psychological treatments. It is directed by Park Won Gook and Kang Hee Ju and written for television by Lee Bom.

Poong, The Joseon Psychiatrist’s Yoon Se-Poong, is portrayed by Kim Min-Jae, a renowned actor and rapper from South Korea, known for his roles in Do You Like Brahms (2020), Dali and the Cocky Prince (2021), and so on.  It also stars Kim Hyang-gi of Sweet Revenge (2017)  as Seo Eun-woo, as Gye Ji-han, Kim Sang-kyung from Memories of Murder (2003), along with Kim Su-an, Ahn Chang-hwan, Jeon Guk-Hyang, Yeon-Bora, and Han Chang-min. Seo, Poong and gye in season 1 of Poong the Joseon psychiatrist

What Happens in Season 1 of Poong, The Joseon Psychiatrist

Season 1 of Poong, The Joseon Psychiatrist is about the character Yoon Se-Poong, who gets entangled in a scheme concerning the king’s death. The story follows his tale after he gets cast away from the royal kingdom and starts a job at a clinic in a small village called Gyesu Village with the clinic’s head and Yoo Se-Poong’s teacher, Gye Ji-han, and a medical student named Seo Eun-woo.

In the 12th episode of Poong, The Joseon Psychiatrist, the episode starts with the mysterious assassination of Commander Im Soon-man. Later, Poong, Seo, and Gye Ji devise a plan to expose the real killer of the king, state counselor Jo Tae Hak.

He arrives at the palace and helps the king find evidence against the state counselor. However, Jo Tae Hak commits suicide by consuming poison before being arrested. He also treats the king’s illness. Following that, he gets crowned head acupuncturist by the king himself. The season ends with Poong getting the justice he deserves. He is exonerated from all false accusations and finds justice for his father, who lost his life due to the conspiracy behind the king’s death. Poong’s victory was made even sweeter as he was finally able to restore his family’s name and honor.

Therefore, Poong gets offered to be the Royal Physician by the young King and decides to stay, as it has always been his dream. His decision to stay was also a way of restoring his father’s honor, as Poong continued his father’s legacy of being the Royal Physician and providing service to the King. The show ends with a scene of Poong leaving Hanyang for Gyesu.

Poong, The Joseon Psychiatrist Season 2: What We Know So Far

Poong, The Joseon Psychiatrist Season 2 Season 2 was announced shortly after the completion of the first season. The latest trailer for the second season was first dropped on Viki Global TV on January 5.

The trailer suggests the brewing romance between Yoon Se-Poong and Seo Eun-woo is intensifying but also hints at some upcoming romantic rivalry. It is also demonstrated that Poong’s physician’s abilities are questioned and challenged.

But the Gyesu Clinic family is back, along with other favorites. A new mystery seems to be on the table for the trio to solve. The trailer also provides the release date for Season 2.

Poong, The Joseon Psychiatrist Season 2: How to Watch

A brand new episode will air every Wednesday and Thursday.Although last season had 12 episodes, this season will have only 10. Viewers outside of Korea can stream the show online at Viki. Although the app is free, there are advertisements. Viki is also available as a subscription for $299 per month or $3,099 per year. 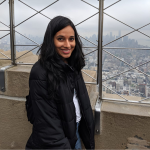 I'm Navya, a lit graduate and a language enthusiast. In my free time, I read and write.