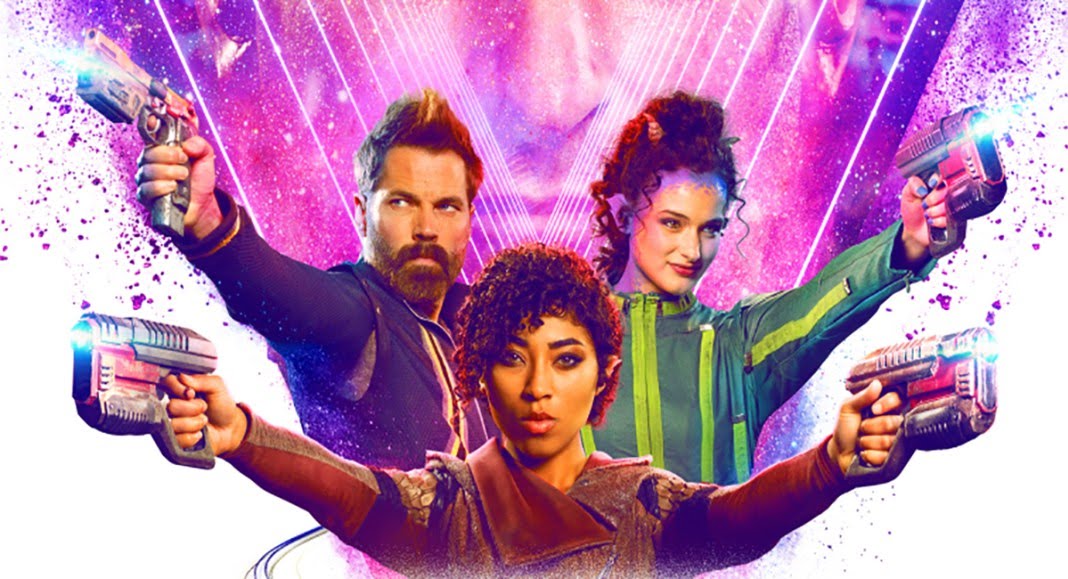 Syfy just dropped the trailer for its television adaptation of Vibrant Queen, based on the namesake original comic book series published by Vault Comics and written by Magdalene Visaggio. Vibrant Queen was first released in 2018 by Vault Comics, a family-owned publishing company that is a critically-acclaimed publisher of science fiction and fantasy comics and graphic novels from both bestselling and emerging creators. Produced by Blue Ice Pictures, the star-spanning adventure series features the work of an all-female team of writers and directors. In the first season of Vibrant Queen, Garrard serves as the developer and also the executive producer along with Lance Samuels and Daniel Iron with F.J. DeSanto and Damian Wassel serving as the executive producers on behalf of Vault Comics. The article contains spoilers, so if you don’t want any spoilers, please avoid this particular post.

Vibrant Queen is an American science fiction action television series created by Jem Garrard and illustrated by Jason Smith. The current season of the series has been shot in Cape Town, South Africa. The show is scheduled to premiere on March 27, 2020, Friday evening. The trailer and the eye-popping key art must keep us occupied for the next month and a half.

You can tune in to Syfy for people having the cable subscription of the channel on March 27, 2020, at 10 p.m E.T. to watch the first hour-long episode of the season. The others will have to wait for the series to release its episodes on other platforms. You can watch the episodes at unofficial platforms as well, but we will advise you to avoid using pirated sites as it won’t benefit the creators of the show much.

See for yourself on March 27. Right here on SYFY. pic.twitter.com/EZKOo6KaZ0

How many episodes will be there in Vibrant Queen season 1?

Vibrant Queen season 1 will consist of a total of 10 episodes. Though the length of each episode is still unknown, we will surely update you as soon as we get informed.

Get ready to meet our #VagrantQueen, coming to SYFY on March 27. pic.twitter.com/pHj6XjCdUC

Whom does the Vibrant Queen season 1 cast?

What is Vibrant Queen season 1 about?

Adrian Rae, starring as Elida, is an orphaned queen who refuses to accept her true title and prefers to scavenge and get into scrapes throughout the galaxy instead, as the Republic Government seeks to snuff out her royal bloodline. Elida’s existence is turned totally upside down when her friend from way back, Isaac, shows up claiming that Elida’s mother, Evelyn, is still alive and they must head off with their new ally, Amae, to stage a rescue that will put the escapee royal right back in the perilous heart of her former kingdom — and pit her against a deadly old rival, Commander Lazaro.