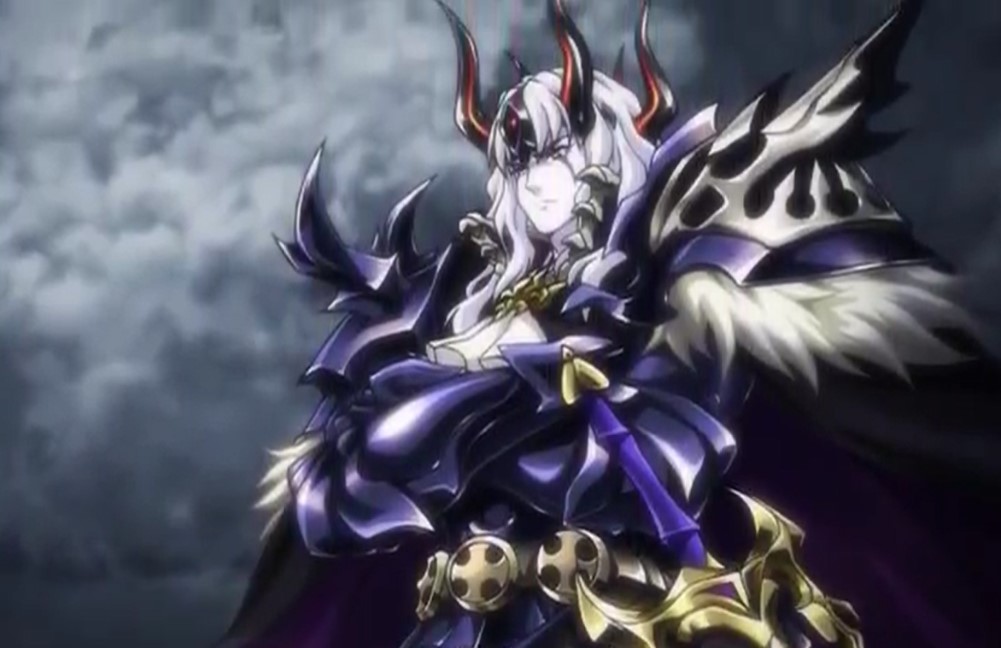 On his way to school Luca is worried about the path of life he has taken. But he is glad that his sister Shiori is happy. They both head inside the school and enter the Shadowverse battle tournament. Luca loses on purpose for Shiori’s happiness but he met with a girl who told him that everything is an illusion and a lie. Shiori won the battle and Luca cheered for her. The girl told Luca that only a little time is remaining.

Shiori is surprised about who Luca is talking to. Luca told her that it is nothing she must continue winning battles and love Shadowverse. They both head home and Shiori reminds Luca about his upcoming birthday. Shiori told him that they will celebrate it in style and Luca said all that matters her happiness. They both help each other to cook and enjoy the time without their parents. The girl visited him again and reminds him that the world he is living in is a dream.

Shadowverse Episode 45 will be released on Tuesday, 2 March 2021, at 5:55. You can get the latest new episode on Crunchyroll or Anime-Planet. Take a look at the recent updates of the battle on this link: Shadowverse Episode 44. Let’s see how Luca will defeat the Bloodcraft below.

Luca told the girl that he is tired he just want to be happy with his sister. She told him to keep up the act for Shiori’s happiness. Luca accepted the girl’s offer for the sake of Shiori’s happiness. She teleported Luca to another world. His mission is to defeat the lord of Bloodcraft. Luca arrives at the Bloodcraf territory and King felt his presence. Bat emerges inside a coffin and flies to the chair. The circle around the chair and a mysterious man appears. 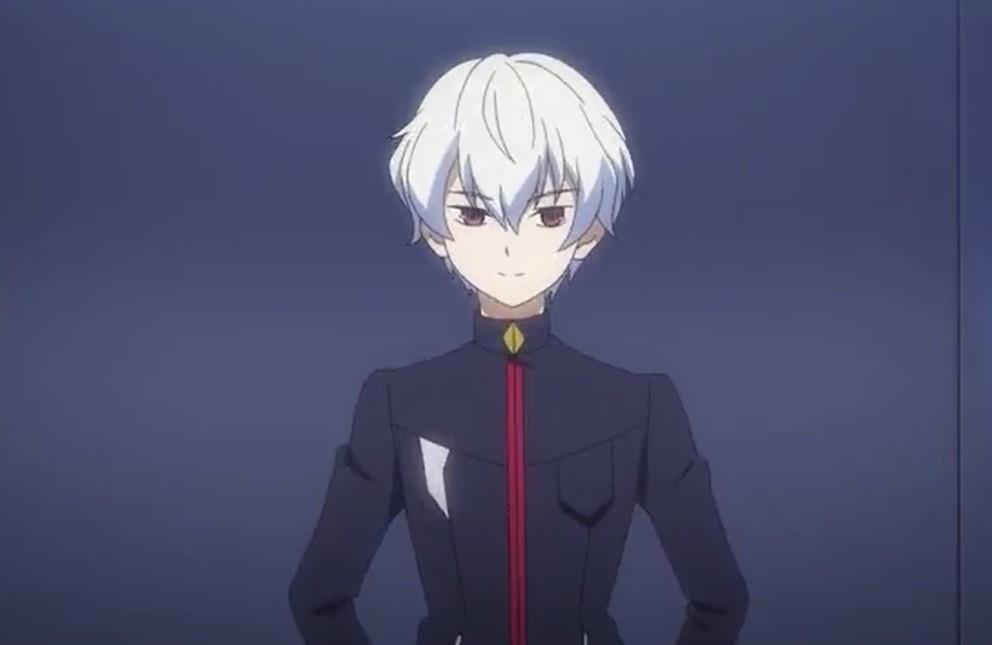 The man told Luca that he has been tired of waiting this world is boring. Luca asks the man who he is. The man replies that he King of the night, Lord of Bloodcraft, Urias Foremonde. Urias said he rules the vampire kingdom and he is the one who will judge Luca. He changes himself into a group of bats and appears in front of Luca. Urias asks the boy in front of him to tell his full name.

The boy replies that he is Luca Yonazi who will defeat the Lord of Bloodcraft. Urias replies that Luca will eat his words when he defeats him. He will scream and cry like a baby when King of might send him to a hell of pain. Luka strikes quickly with a force and drops Urais to 8 points. But Urais also take 3 points from Luca and he is remaining with 17 points. Luca attacks Srpent Chamer with an involved Wardrobe Raider.

Urais comments that Serpent Charmer’s last words do 2 damage to its leader. Luca told Urais that his defense is at six and itis the end of him. Urais replies that the fun has just begun and unleashes a Spell Card: Terror Night. It puts its leader into the Night King state. The room got filled with blood, Urais defense becomes 10, and his vengeance cards are enhanced. Urais reveals the humans are the ones who killed him, the Night King.

He plays the spell card Nightmare Time and comments that there is no limit to the darkness and no end to the night. Luca unleashes Dark Emperor who cannot be damaged or destroyed by card effects. Urais asks Luca if he is sure about what he is doing. Luca replies that he will prove him wrong when he defeated him. Urais activate the effect gained from Nightmare Time and Night King state activate. 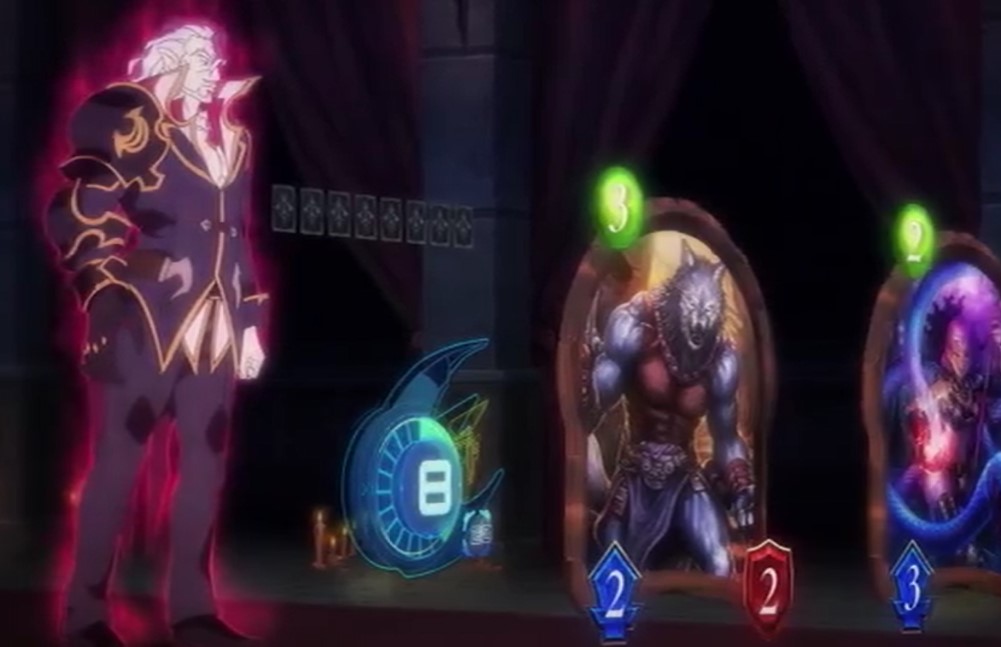 His defense increases to 10 and he attacks with Blood Rage and banishes an enemy follower. Luca can’t believe that his Dark Emperor has been defeat with a single blow. Urais comments that was the ultimate power of a vampire and there is more surprise to come. He attacks with another Spell Card: Blood Nail. Luca is surprised why his attacks are not working and only Urais is able to do damages. Urais asks Luca to show him the true powers of humans.

He reveals that the darkness grows thicker and the night grows deeper as he attacks. Luca puts four cards on his deck and summons Vampir Lykos Nightmare. Urais blocks Luca’s attacks using Dread Aura. He told Luca that he is inside a true form of darkness. Urais attacks with a Demonic Storm and destroys Luca’s attackers. Luca’s points drop to 14. Luca finished the battle with a powerful blast of Razoryclaw. Urais comments that he admit that Luca is strong.

Let’s find out who will be the next hero of Shadowverse when the new episode hits on Tuesday. That was all about the latest episode 45 of Shadowverse.