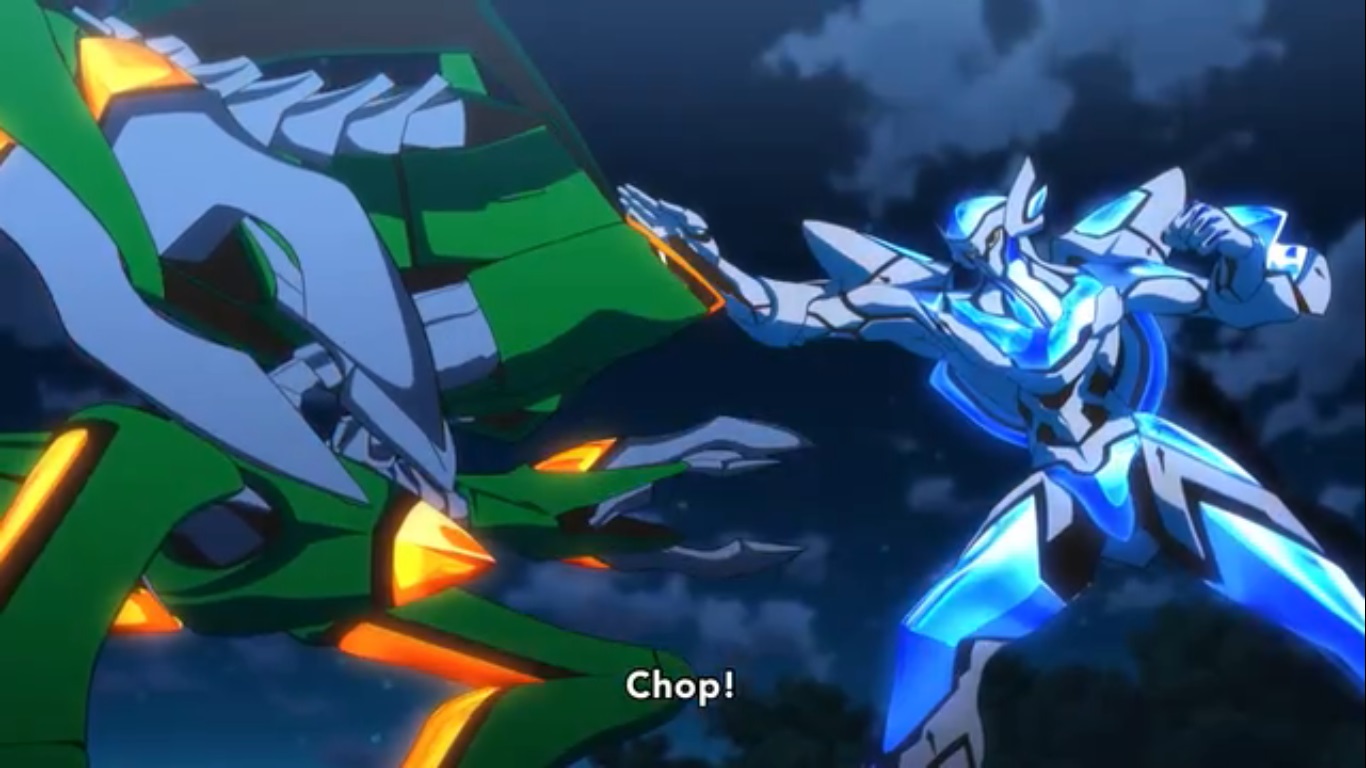 One interesting anime that gives things a little twist this season is Back Arrow episode 1. The anime made its debut later last week and had shown a different name worked fille with mysteries. The anime takes place in Lingalid, an area surrounded by walls. The citizens seem to think that the world goes as far as the walls and nothing lies beyond the walls. Once in a while, treasures fall from the sky with different things in them. Interestingly, during one of the lucky days, two treasures happened to fall on the same day.

The second d treasure fell in a village in the outskirts of Lingalid. To the citizen’s surprise, a man came out of it. He lost his memories but remembered that he comes from beyond the walls. Everyone treats this as a joke, but since a treasure fell into this village. Other people came in to collect what was inside the treasure. And when they found out that it was a person. They tried to destroy the village, thinking that the villagers hid the real treasure instead.

Back Arrow will continue with another episode: Back Arrow Episode 2 later this week. New episodes are available for streaming on Funimation and Amazon Prime Video. The dubbed episodes are not yet released and are likely to be released late within the season. This is the debut season of the anime, and it will be running for 24 episodes. So far, the anime seems to be filled with lots of mysteries, and people fight using their convictions, which can take physical form and appear as a Gundam.

Back Arrow Episode 1: Linglad a World Surrounded By Walls. 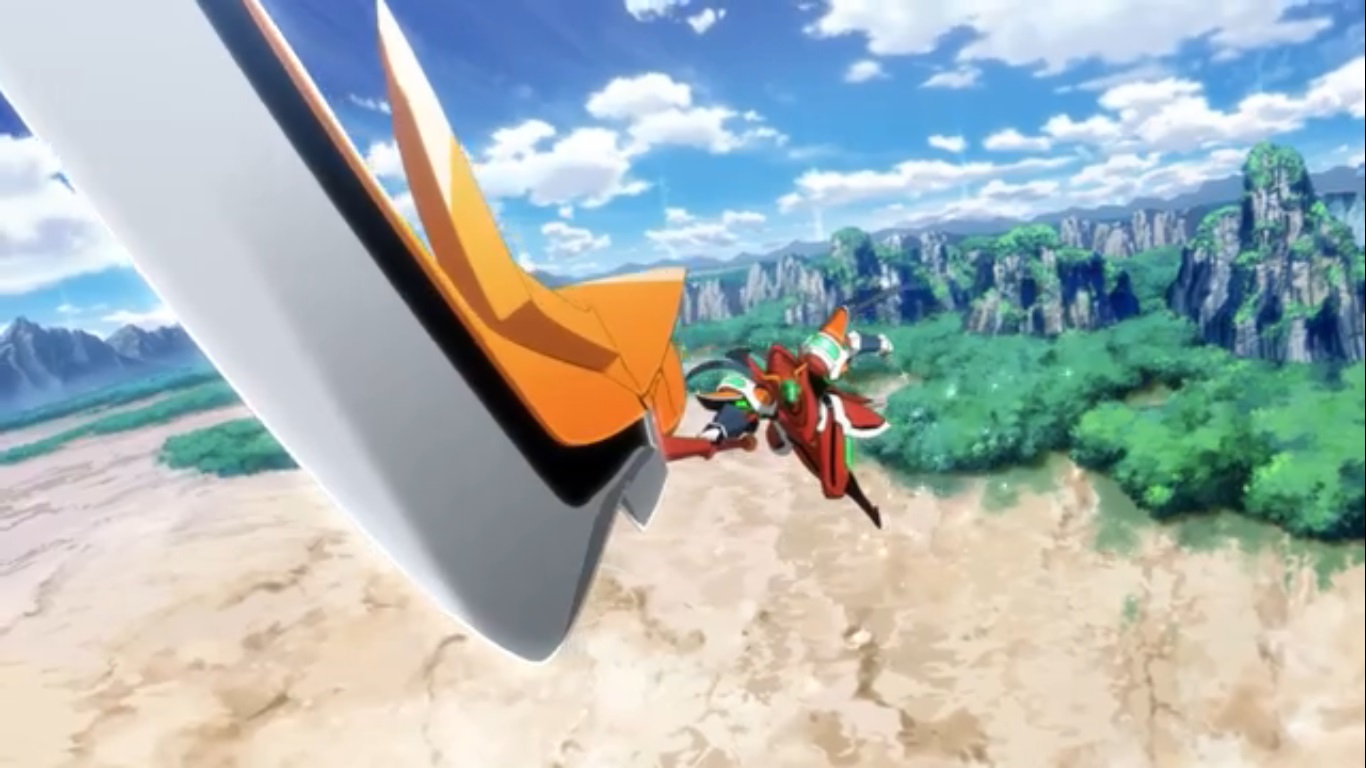 Linglad is introduced as a world surrounded by walls. The walls are said to be referred to as god by the citizens. They bring longevity and sustain the world and nurtures it. This world is divided into two nations and one of them, Lutoh, takes pride in intelligence. Whilst the other one, Rekka, honors valor above all else. Shu Bi, the leader from the Rekka kingdom, possesses very predictive skills.

His skill s are so accurate that he can pinpoint where treasures will fall every time. But whenever this happens, conflict usually arrives as Lutoh also sends in its people to retrieve the treasure. Soldiers fight using bind warpers that project their convictions into solid suits based on the individual’s convictions.

So the first Rakuho(falling treasure) to fall was first retrieved by the Rekka people, but Lutoh also arrived later on. As a fight ensued, the general of Rekka easily defeated those from Lutoh. And while they are at it, another Rakuho fell from the sky. This diverted their attention. But Shu Bi ordered Rekka people to come back and leave the second Rakuho.

In reality, he planned to go and checked it out himself. So he sneaked out and followed it to the village on the outskirts of Linglad. When he got there, he found the citizens confused as it is the first time a Rakuho falls in their lands. They were performing their rituals, trying to get the Rakuho to open. And when it finally did, a live man came out of it.

Back Arrow a Man From Beyond The Walls 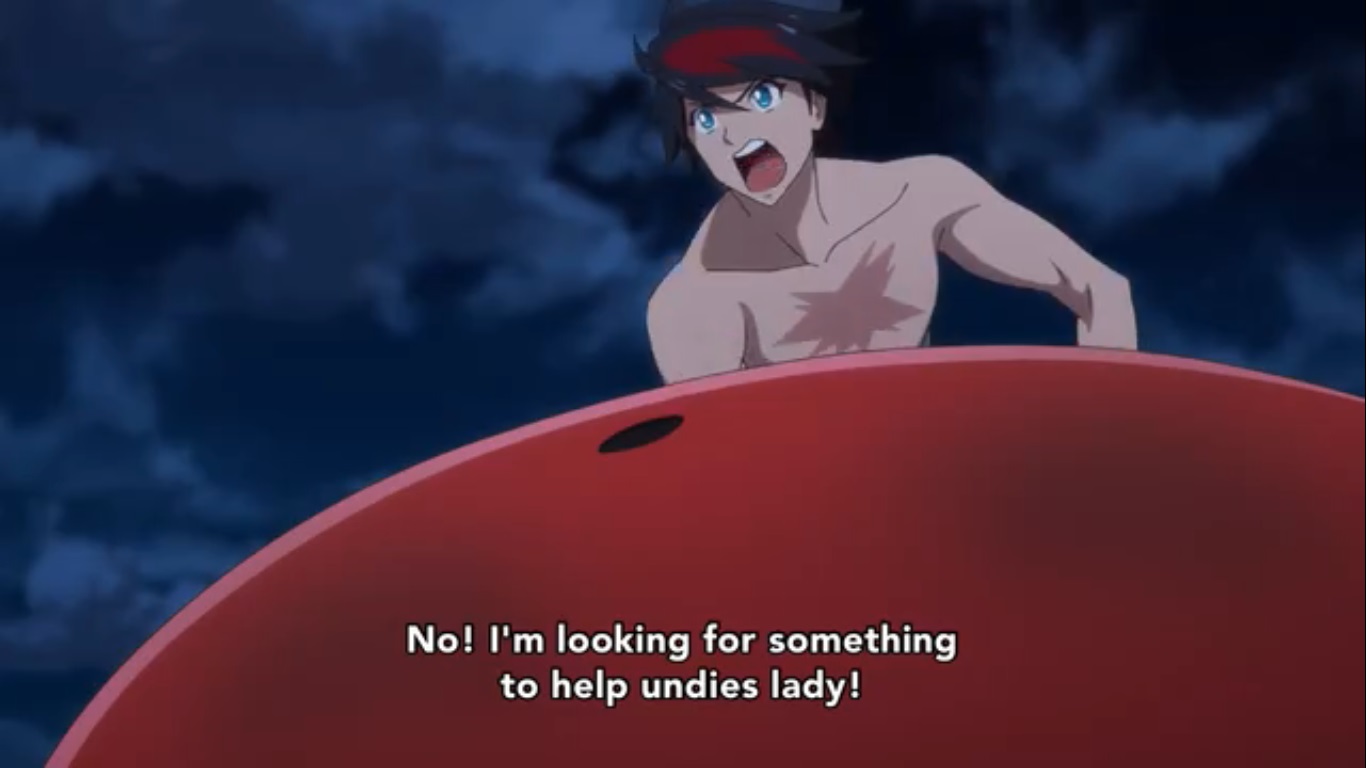 Back Arrow appeared naked, and when they asked him what was happening, he told them he comes from beyond the wall. He tells them that there is still a whole new world beyond the borders out there. This was only met with laughter from the villagers as they all think that the world starts and ends inside the walls.

They were interrupted by other people who came to collect the treasures from inside the Rakuho. But when they figure that a man came from within, they resorted to destroying the village, trying to force the people to tell the truth. Back Arrow, who appeared from within the Rakuho, seems to be aware of bind warpers and how they work.

When he saw that the village would be destroyed, he decided to save it. He went back to his Rakuho and retrieved a bind warper. Since the guy who was attacking the village has convictions of never letting fleeing people escape. Back Arrow took advantage of this and activated his bind warper, and ran away, trying to lure the guy away from the village.

This was a good strategy as he managed to get him into the forest, where they fought without restraints. One surprising thing that happened was Back Arrow’s conviction. When his bind warper activated, it did not take a solid form. It was quite like a slimy liquid and can not receive damage upon impact.

But when he attacked, it was solid enough to harm his opponent. When asked, he said it was because he hasn’t decided on his conviction. So it has not yet formed. This had Shu Bi so excited and was looking forward to more things from the person who comes beyond the walls.

Back Arrow easily defeated his opponent showing the kind of bind warper strength that has not appeared before. For now, we are not yet sure what Back Arrow will do from here on. But he wanted to return to where he comes from, and he wants to go to the walls and return to where he belongs. So this will be an adventurous journey for him.

The next episode of the anime, Back Arroe episode 2, will reveal more details about this world, where Back Arrow will go next, and likely what Shu Bi will do as he is now curious after seeing Back Arrow fight. For more updates on the anime releasing this week, you can take a look at our Anime News Weekly Updates. We also have more updates about the upcoming manga chapters for various shows as well.