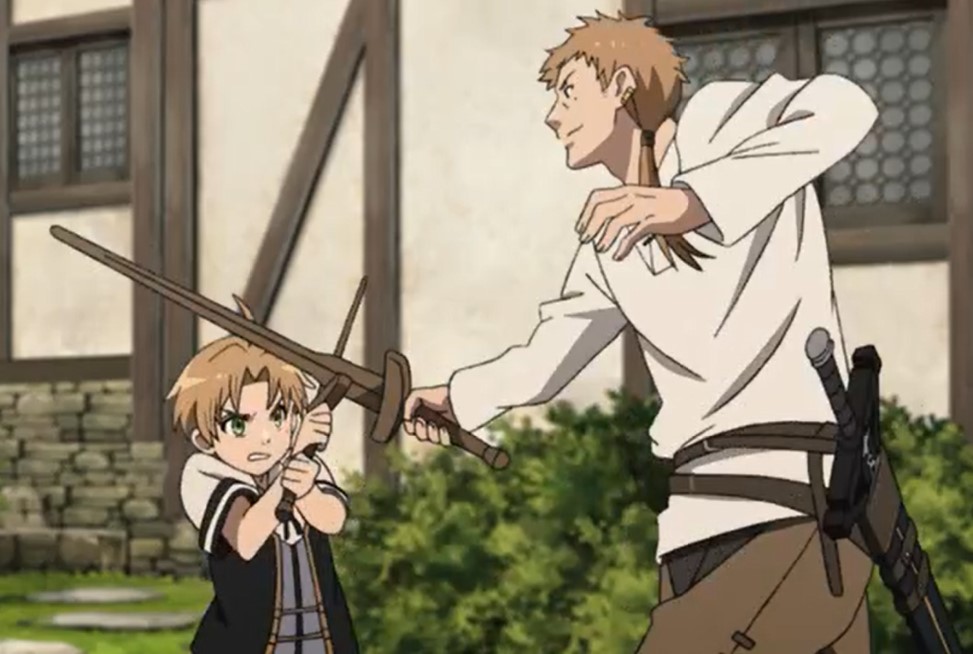 Earlier in the Jobless Reincarnation anime, Rudy congratulates his mother that the little one is coming to earth. Zenith comments that Rudy won’t feel lonely again. She is now relieved since she was worried that she couldn’t have a second child. The Greyrat family is overjoyed with Zenith’s pregnancy. Lilia also shocks the family that she is pregnant, and Rudy is wondering who the father is. Zenith and Rudy look at Paul, who confesses that it is him, and he said he is sorry.

Rudy thinks that as an honest man, he thinks he should compliment him. He only knows that there is only one man in this hoes, and Zenith gets up and slaps Paul. Rudy is wondering what has actually happened, but he understands the situation. Zenith went and stay alone, wondering what her husband spent quality time with a maid Lilia. She stressed for the whole night, staying alone. Lilia joins her, and she is scared about what will happen to her future.

Episode 5 will be released on Monday, 8 February 2021, at 12:00 AM JST. Every Monday, a new episode of Jobless Reincarnation is released with new updates. You can visit this official anime website at mushokutensei.jp. This anime is officially available on Funimation and AnimeLab. Let’s see how the family will handle the problem here. 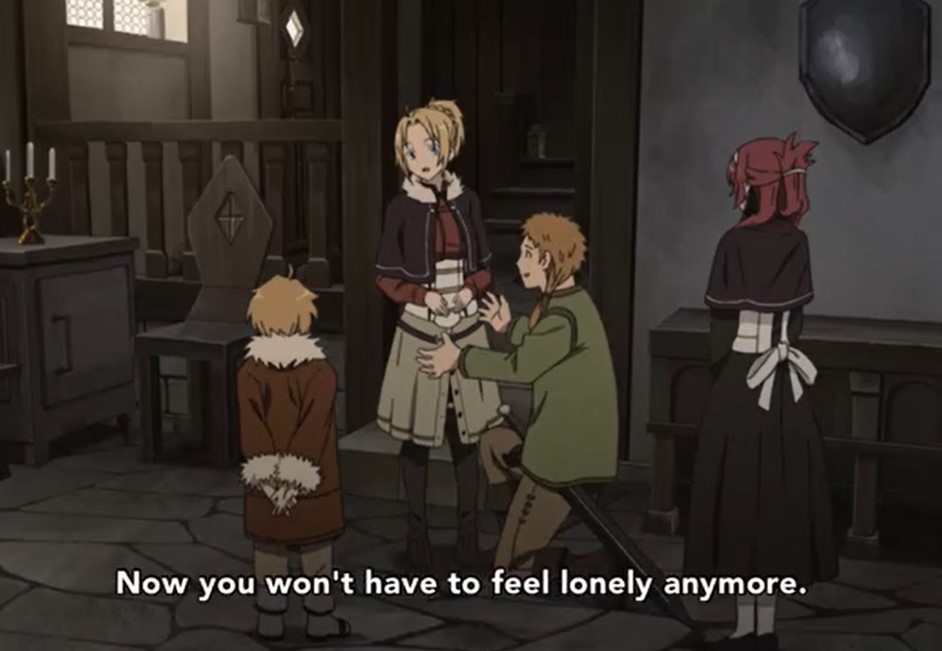 Zenith asks Lilia what she is planning to do after everything that has happened. Lilia responds that she will help her with her childbirth and leave the house. Zenith is covering her face while talking to Lilia. She can’t face her, and she asks Lilia what she will do about the child. Lilia said she would raise the child in her home town. Zenith realizes that it will be a long journey for Lilia. Her pregnancy will tire her out, and it will be hard for her to raise the child.

Lilia comment that she has nowhere to go, and Paul wanted to interfere. Zenith scolds him for interfering when the ladies are talking. Rudy is matured enough to understand everything. He realizes that Lilia will spend a month traveling alone with a newborn chili. Rudy thinks that it won’t be safe for Lilia, and Zenith is right since Lilia might collapse and the child will die. Rudy thinks that a newborn baby cannot survive to travel for a month.

Zenith is affected, and she is worried about the child, but deep inside, she feels betrayed. Lilian is a maid, but they lived together happily all the time, and Zenith cannot decide what to do. Rudy remembers all the kindness Lilia has shown to the family despite her betrayal behavior with Paul. Rudy thinks that it is time he repays her kindness. He went to his mother told her that he is going to have two brothers or sisters.

Rudy asks why everyone e is worried about it. Zenith replies that Paul and Lilia did something bad. Rudy cooks the story trying to defend Lilia and Zenith asks Lilia if it is true, and Lilia said no. Zenith concludes that she is afraid to confess in front of Paul. Rudy comments that Paul used to be romantic with Lilia and told her that she would be out of the house if they don’t do it. Rudy talks to himself that he will repay Paul next time.

He is doing g this to save Lilia and the baby. Rudy comments that he doesn’t think that Lilia did anything wrong. He thinks that Paul is at fault for seducing Lilia, and it is not right for Lilia to be punished. Rudy said that he doesn’t want to say goodbye to Lilia, and a new family member is coming. Zenith got touched by Rudy’s speech and told Lilia that she would have to stay with them here. 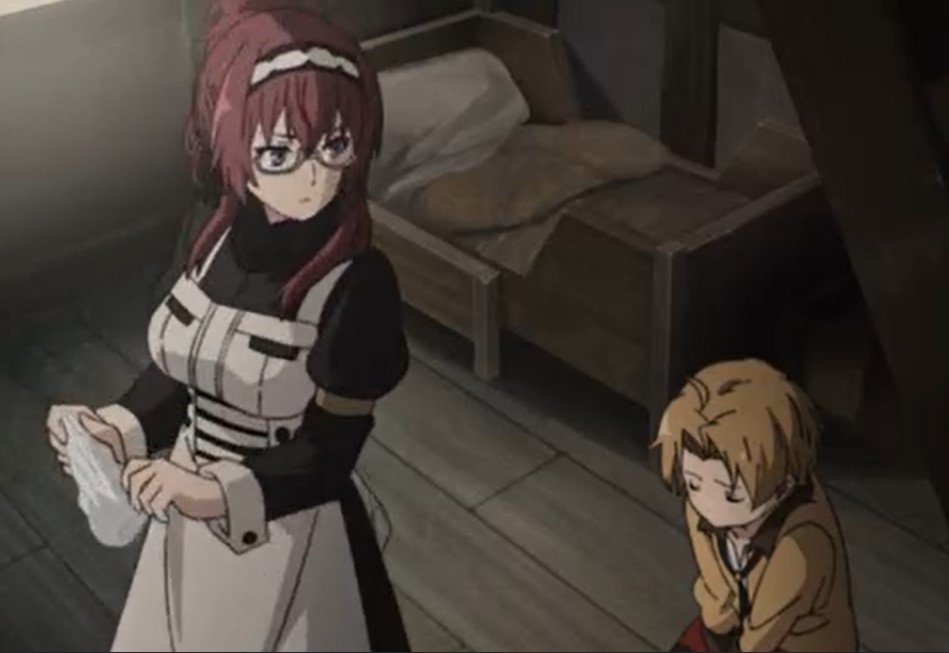 Zenith also comments that Lilia is part of the family, and she won’t let her go off on her own. Rudy is glad that he did his part and what is left is Paul’s job. Paul heard everything on the other side of the room, and he smiles. He is glad that his family will live together. Even though he messed up, he is happy that they are united again as a family. Zenith goes to Pul’s room and tells him that they will have a nice talk long talk later.

Lilia shed tears regretting everything that she has done, but she is glad that Rudy saved her. The next day Rudy trains with Paul. Paul gave Rudy a hard training because of what of the lies he told her mother to save Lilia and the baby. Lilia watches by the window, and she realizes that she was the wrong one. Lilia talks to herself that she is the one who seduces Paul.

Lilian, couldn’t take it because she used to hear them every night when tZenith and Paul are making love. She felt lonely, and it makes her want to taste the cookie and how strong Paul is. After a few months, Zenith gives birth to Norn, and Lilia gave birth to Aisha. Ghislane visited them, and she has to leave with Rudy. Paul gives Rudy the final training before he leaves the village.