Chevy has decided to introduce a brand-new version of the Tahoe along with its bigger sibling Suburban. The new model is not only bigger but comes with a host of upgrades over its predecessor; the price is not expected to be changed significantly. The all-new three-row SUV now offers grown third row and cargo area. The 2021 Tahoe is bigger on the outside with debut of its new independent rear suspension, fixing its previous generation issue. The cabin has been made roomier, the infotainment screen and features too are upgraded to please full-size families.

The Tahoe 2021 is considerably enhanced with a completely redesigned exterior and interior, the SUV will receive a host of technology upgrade as well as a new diesel engine option to overhaul it’s rival like Ford Expedition and Nissan Armada. The company has decided to power its new model with a V-8 engine alike its current generation, now with an additional option of 3.0-litre six-cylinder engine. An adjustable air suspension is also included in the list to provide Tahoe’s rider to automatically or manually lower or raise its height. 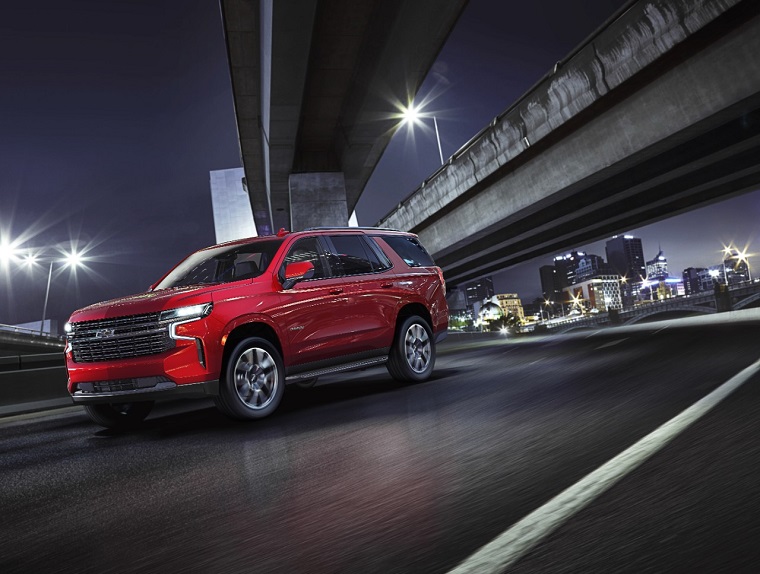 The Chevy’s SUV will be offered to the user under different versions with its price like LS variant: $50295, LT: $55095, RST: $58395, Z71: $60495, Premier: $63895, High Country (not officially confirmed): $70895. The mid-level RST and Z71 hold the best value for their price, Z71 equipped with all gears for an adventurous folk. While the Z71 cannot be paired with diesel engine option it equips four-wheel drive, exclusive off-road gears as standard. RST comes with optional Adaptive dampers and air suspension along with diesel engine options.

2021 Chevy Tahoe will be released sometime in Fall 2020 and will be in the hands of customers in 2021. The new version to join the company’s line up, High country a step above Premier trim, will pack even more luxuries and features. 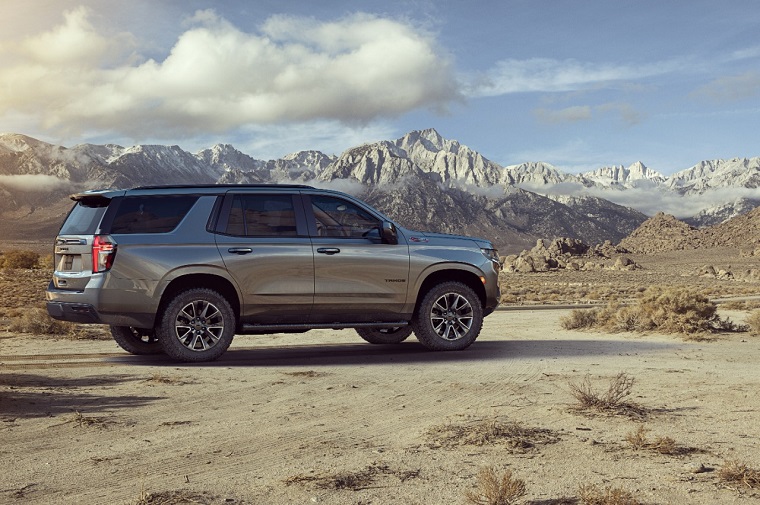 The car will get the company’s biggest interior yet, with more space as compared to the current model. The third row has got about 10inches of more legroom with second-row seats now slide to provide flexibility. This improved interior combined with a lower and flatter load floor provides 28 cubic feet of more space than the previous model, making it a total of 123 cubic feet space (second and third rows folded). It also provides an option to include a head-up display, a larger digital gauge-cluster display, ventilated and heated seats, and more. 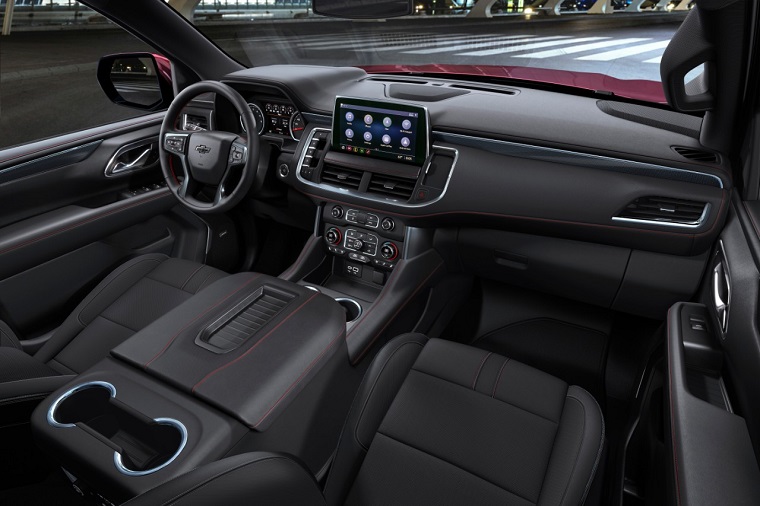 The new Tahoe will be powered by the same 5.3-liter V-8 producing 35 horsepower (265 kilowatts) and 6.2-liter V-8, producing 420 horsepower (313 kilowatts) respectively. A new engine option is also added to its line-up, 3.0-litre Duramax turbo-diesel six-cylinder engine producing 277 horsepower (207 kilowatts) and 460 pound-feet (623 Newton-metre) of torque. All three engines will be paired with the same 10-speed automatic gearbox. Z71, the off-road-oriented four-wheel drive model will onboard 20-inch wheels wrapped with all-terrain tires.

Every model is fitted with a standard 10-inch touchscreen, including Apple CarPlay, Android Auto, and Wi-Fi hotspot; two 12.6-inch displays are also mounted behind the front seats to offer a rear-seat entertainment system. In addition to its myriad interior charging ports, the SUV homes a powerful Bose audio system. On the safety part, the Chevy model gets high-tech towing assistance as an additional option to its pre-loaded roster of driver-assistance technology.