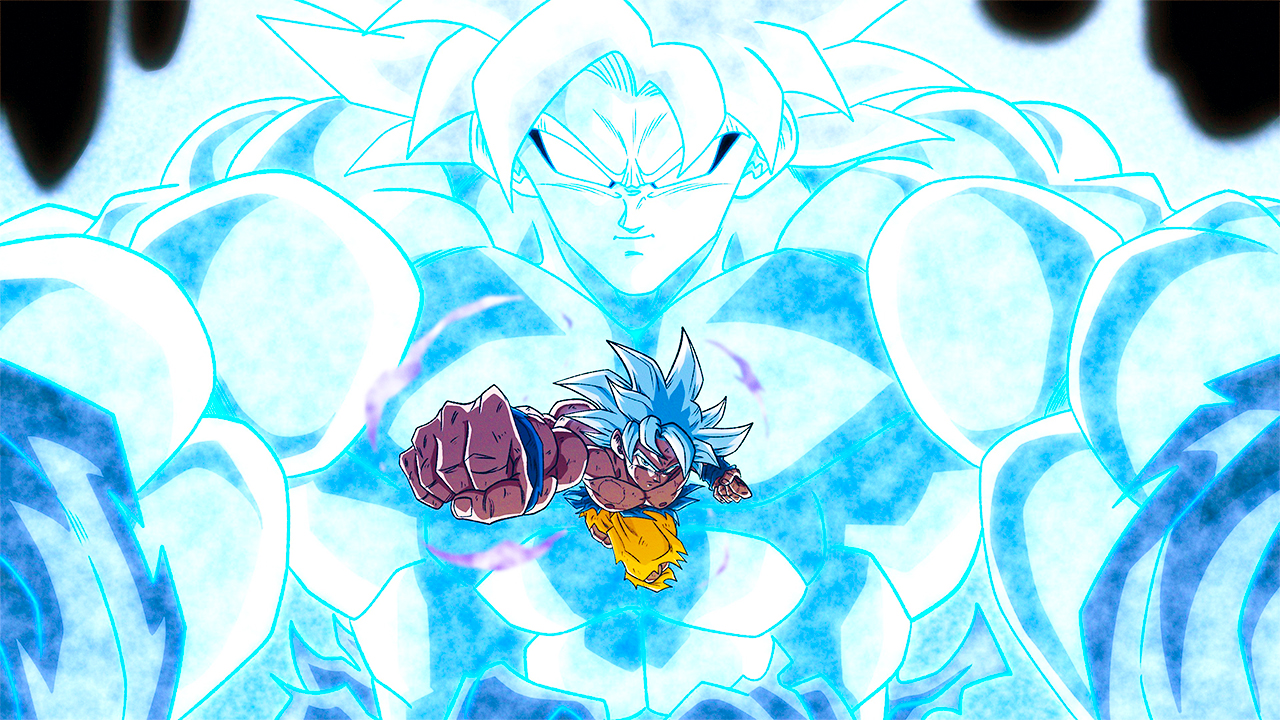 Dragon Ball Super manga‘s Galactic Prison Arc is over. Moro, the main villain, was killed after a massive energy blast destroyed the angel power growing inside him. Goku used the convenient energy granted to him by Uub, barely preventing a massive disaster and defeating Moro in the process. Dragon Ball Super Chapter 67 will bring the after-effects of that battle, and it will also reveal some key details that lead up to the next arc. Most of the things come to normal, but there are still question left for the future arcs to answer. Chapter 67 will release on December 20, titled ” A Conclusion and Then…” as the final chapter for the manga this year. You can read the chapter on Manga Plus by Shueisha at 4 PM UTC.

Looking back at Moro’s Defeat, Vegeta’s spirit control technique was crucial in this climax as it would have been difficult for Goku to surge his power at that moment. Goku showed off a massive ki body in his ultra-instinct form before delivering the final blow, something that is never seen before. This came right after the universe’s survival arc when Moro escaped the galactic prison, gaining magical power over time. He is a wizard defeated by the grand supreme kai and sent to prison as no one could execute him.

Moro is called Planet Eater due to his devasting power to absorb entire planets to gain an immense amount of Ki. It is an OP technique as any opponent that faces Moro runs out Ki long before Moro starts taking them seriously. In fact, Moro was not worried about any power, including the Ultra Instinct Omen, until the very end when Vegeta brought his own technique to counter Moro’s signature absorbing move. Vegeta and Goku went away to train after Moro beat both of them definitively. He liked the challenge that these two posed and left them alone to train while he went on to absorb many planets on his way to Earth. The final battle took place on Earth, as Moro wanted the planet’s energy; however, his forces had to face the Z fighters.

All the subordinates that came from the Galactic Prison were ultimately beaten, but Moro and Saganbo remained where Sangabo almost ended up killing Gohan. Goku arrives and steals the show from there, getting up, again and again, to get back at Moro. Vegeta arrives and uses his spirit fission technique to get all the absorbed Ki out. After that, another guy from galactic prison, 73, is brought back to the mix. Moro eats him wholly to gain another peculiar power. He can mimic the powers of his opponents and do so with multiple people. This is when Goku, Picollo, and the others get completely ripped apart.

On the brink of defeat, the help comes from Merus, the trainee angel. He seals away the copying power while getting erased himself. Due to this sacrifice, Goku and Vegeta get time to get healed. Goku activates the mastered Ultra Instinct to completely overpower Moro, who had also lost his copying ability. In desperation, Moro uses the orb that contained Merus’s angel power, but the wizard was not capable of sustaining that power and ending up losing control. Goku and Vegeta figure out a way to destroy the orb using Uub’s godly power in the end. Moro is destroyed to pieces after the attack and not coming back again…

Related: Dragon Ball Super Chapter 67 Will Be The Last For Moro Arc

This chapter will end the long struggle of the team to stop Moro from absorbing more planets. Goku has saved Earth again, but it came at a cost. We are still not aware of the full cost of Merus’s sacrifice to give Goku a chance to compete against Moro. Satan gives a huge party to celebrate the victory as all the major characters gather at his house. Later, Goku goes back to the New Namek with Esca, and they use the Dragon Balls to bring everyone that was killed during Moro’s destruction spree. Everyone comes back to normal except one; Merus is seemingly gone forever. The chapter’s early leaks reveal nothing about the course of action that Goku will take to bring Merus back.

Uub was left clueless about the feat he pulled off right at the end of a major battle on Earth. He is just a little kid in a distant land that does not know his abilities. Uub inherited the Grand Supreme Kai’s godly power that lay inside Kid Buu when he was destroyed. So, the spirit inside Fat Buu went to Uub and asked him to unleash the power inside him. This turned out great for Goku as Vegeta easily spotted the massive Ki and sent it his way. Buu returns to the lookout as the job was done, and the celebrations continue afterward. For now, it has become clear that dragon ball super will introduce Uub into the mix again at some point.

Moving on, we have a new arc coming. It’s expected to be a major one that brings out a big change in Goku’s powers as it has become a pattern in dragon ball. There is a tease that while Moro was destroyed in the final blast, 73 survived. One of Galactic Patrol members tells Jaco to have checked 73’s body in the crater that remained. It seems like the guy survived. However, since Merus sealed away his copying ability, what will be the role of 73 in the next arc? The initial translations of the teaser for the new arc will be called “Granola The Survivor.” Elsewhere, a mysterious person is going after a ship wondering if it’s the one he is looking for. The person is not recognizable, and he is supposedly named “Granola”?

While most of us expect this to be an arc that will involve the guide angel Merus, 73 will also be back, possessing his own major threat. Meanwhile, Whis and Beerus were summoned to answer for the incident that led to Merus disappearing. Although the trainee angel was aware that he is not allowed to use his powers in such a manner, who could have thought that the guide angels have such strict rules where they disappear as soon as they do something selfish. It also remains to be seen if there is a way to bring Merus back.

Moro Arc was a good one as it took us back to some of the trailing things about Buu and the reincarnation of Evil Buu, Uub. It was an interesting decision to introduce the little guy at the very end, but thankfully, that concluded the arc. However, as a villain, Moro lacked depth, and he will remain among the least favorite ones. Still, this arc served as a growing ground for key characters like Goku, Vegeta, Gohan, and Uub. Goku leaped the effectiveness of the Ultra Instinct trained by an angel. This victory goes down as a tribute to that relation. Vegeta also got his moment when he turned all tides against Moro and pulled off the spirit fission technique. Another one of the techniques from Planet Yardart saved the day. Hence, everything was good about the arc, except the villain that it is named after.

I would say that the Dragon Ball Super manga has not gained the same type of popularity as its predecessor because of the weight it carries as a sequel. We are not getting the same type of villains. It seems to be a pattern where Goku ends up coming back to the top, pulling something extra in the end. The villain is beaten, and he never comes back into the story again. With the early things we know about the new arc, it seems we are up for something similar. It would be nice if Toyotarou-san brought some innovation to the mix.