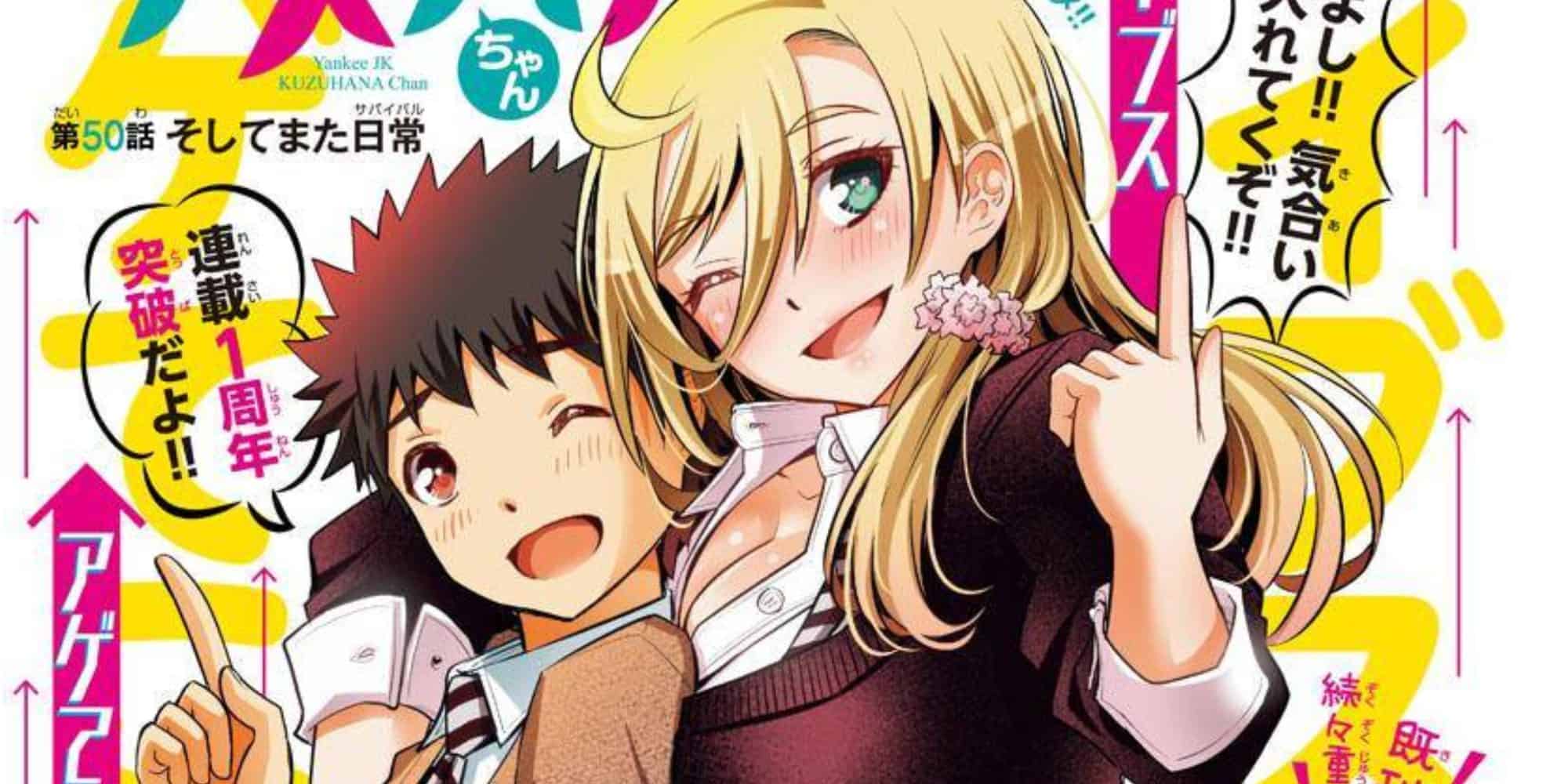 Yankee JK Kuzuhana-chan is an ecchi-harem rom-com manga filled with gyaru delinquent girls in a high school, with only one guy out of 359 girls. The male lead is Saotome Hodaka, who has no confidence in himself and is an absolute loser who is clueless about girls’ feelings.

He was enrolled in Moteshiro Prefectural High School because he had no choice but to choose it due to it being the only commercialized public school in the prefecture.

Though he is surrounded by all these girls, there are some lecherous ones who usually bully Saotome and put him in some awkward situations for their benefit. One day he met Kuzuryuu Hanako, the female lead character, who he thought was another delinquent but who was surprisingly kind to him.

Hanako is a strong girl with a broad physique and is taller than other average girls who got bumped by Saotome, and she is intimidating. He almost lost his soul, but a girl named Takae came to his rescue. This girl appears to be sweet and charming, and he thinks she is kind to him. 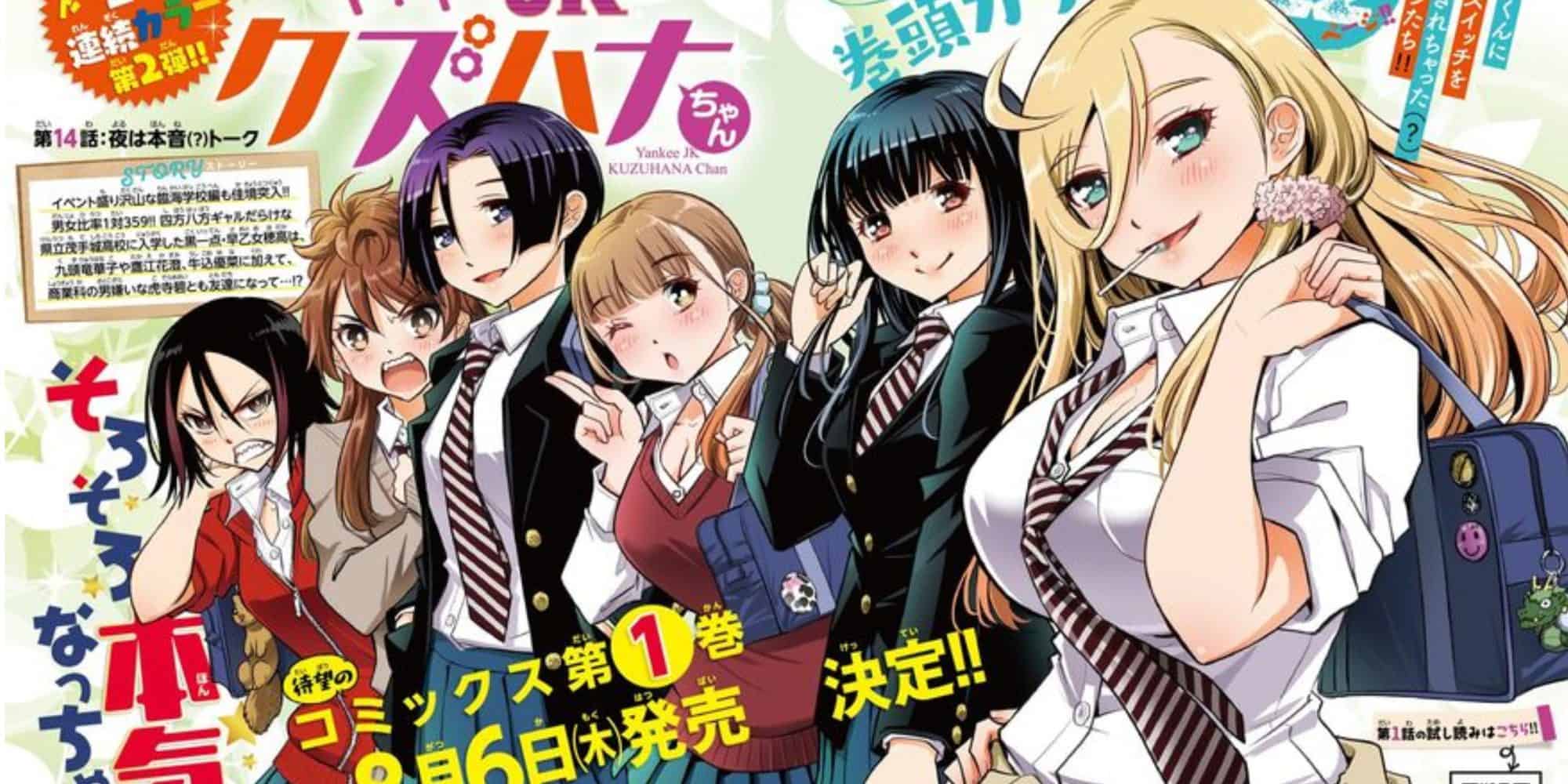 But wait, she was another delinquent who blackmailed Saotome by exposing him to a nasty situation and also recording it in order to get some money. Luckily, he was saved this time by none other than the girl he bumped into previously, Hanako.

He never thought she would come to his rescue. He thought she was acting to be kind, just like Takae, but Hanako fought with the girls to save him. And his impression changed towards her has changed since then. Later, when he confronted her, he told her that it was the first time that some girl had been nice to her.

Saotome even confessed that girls like her are the cutest in the world. Hanako was all red, and since then, they became friends, and she even offered to help him if anything troubled him again. She would come to rescue him.

After Komogawa and the other girls confessed their feelings in the previous chapter, saying that every girl here likes him because he is so reliable, which flustered Saotome. So, continuing the test of courage festival, Hanako and Saotome meet again before the race ends.

She asked about Usagi, as she was partnered with him. But they got separated, and other girls should probably be with her. Here, Saotome wanted to apologize to Hanako for pairing with Usagi and not her, even though she had asked.

The reason for it was that he didn’t want to create a misunderstanding with Usagi and make a fuss again, which is what she’s good at. But he regretted not pairing with her, and for that, he was sorry.

Moreover, Hanako acknowledges that it takes courage for a girl to ask a guy out, and she regrets not asking him sooner, but it’s because there are other girls who are carefree about asking Saotome. 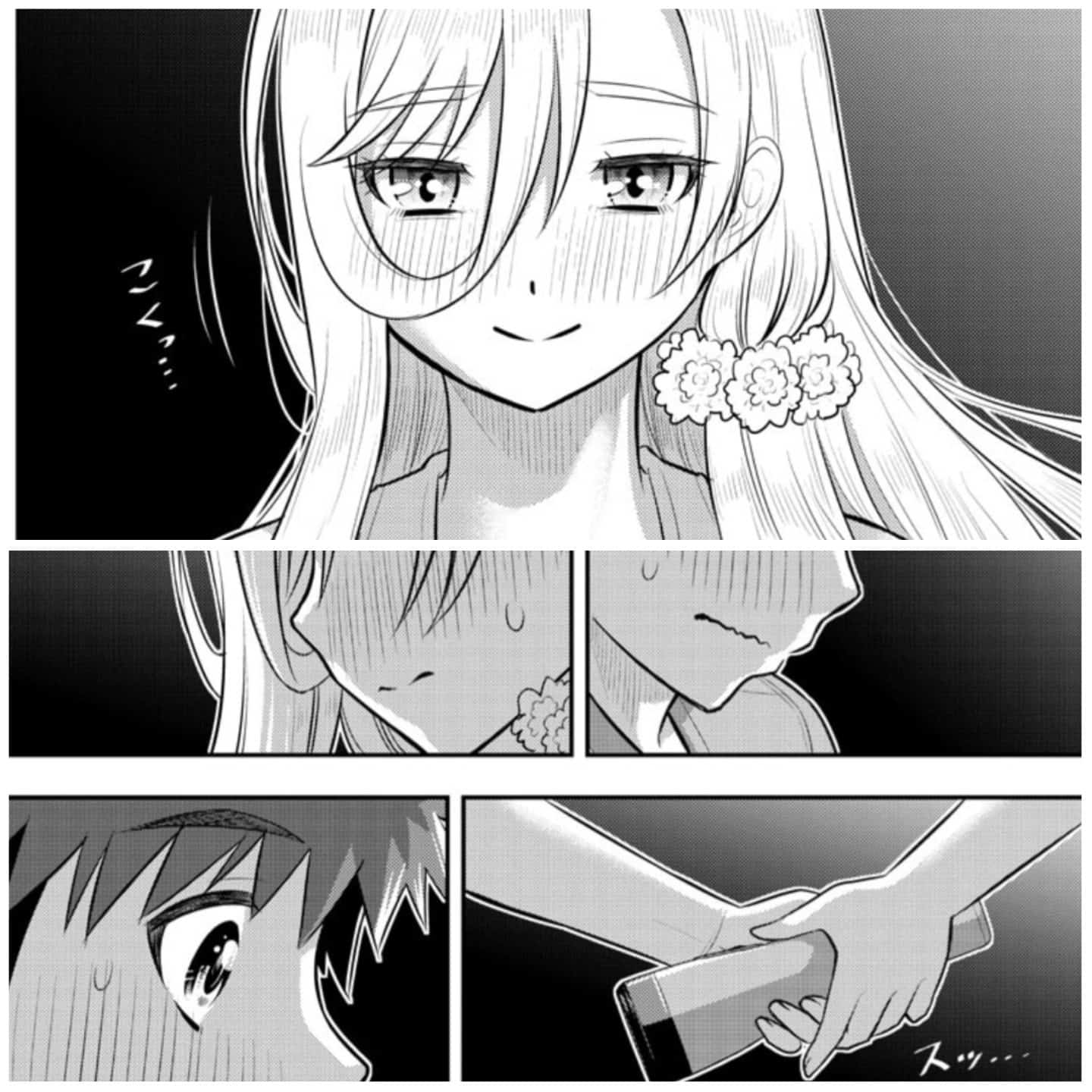 Saotome could see that she was concerned about pairing up with him, but there was more to it. Hanako wanted to say a lot of things but couldn’t. Right then, Saotome asked her to be her partner for the rest of this festival, which made her so happy.

So the rest of the journey continues; they can see the bonfire, and as such, they are close to the finishing point, but right then, Hanako slips, making both of their trip on the trail.

At this moment, they were very close to each other, but for Saotome, it was not the first time that he was close to a girl, as so far in this race, there were other girls who tried to be alone with him.

But this made Hanako jealous, and the darkness of the night gave her the courage to say, “Then who makes his heart race the most?” which made him go all red.

Yankee JK Kuzuhana-chan Chapters are serialized every week, which is every Thursday, so the next chapter, i.e., Chapter 138, will be released on January 26, 2023, at 11 a.m. Japan Standard Time. The following are the other time zones:

Yankee JK Kuzuhana-chan Chapters are available in the Weekly Shonen Champion Magazine. So stay tuned to read the next chapter of this manga.