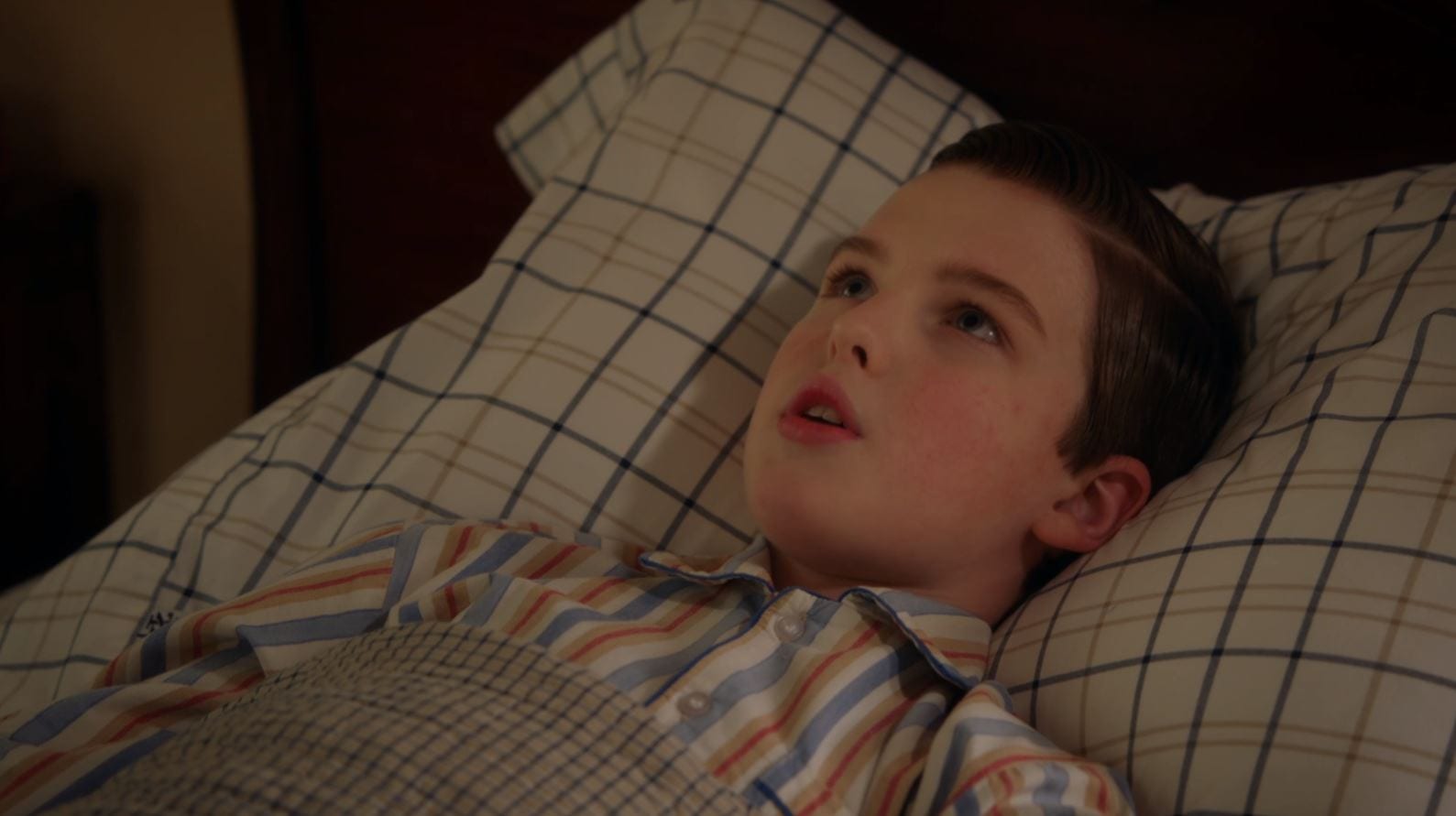 Young Sheldon is a comedy TV series that is a spin-off to the popular TV series, ‘The Big Bang Theory’. The story follows the adolescent life of young Sheldon and what events occurred before his life in Pasadena. Sheldon, who only aged a middle-schooler, was already above the rest as he was going to college. Now we follow his life witnessing how this young boy is able to handle college life. One which is completely different, far away from his family.

Young Sheldon Season 4 Episode 7, titled “A Philosophy Class and Worms That Can Chase You” follows the new normal of the Cooper Household. Where now, Sheldon goes to college while Melissa (Missy) starts going to middle school. Both of them are a huge change for the kids, due to which Mary is quite worried. But she has Brenda Sparks, Billy’s mom, to relate with. If one remembers, in the last episode, Dr. Sturgis informs that he will be going to Texas, so he cannot look after Sheldon. So, Dr. Linkletter is assigned to do so, so he calls Mary to inform her of the same. Next day. Sheldon leaves for college early to go speak to Dr. Linkletter. While Missy is driven to school by Mary. Mary hugs her goodbye but is asked not to walk her to class by Missy herself. 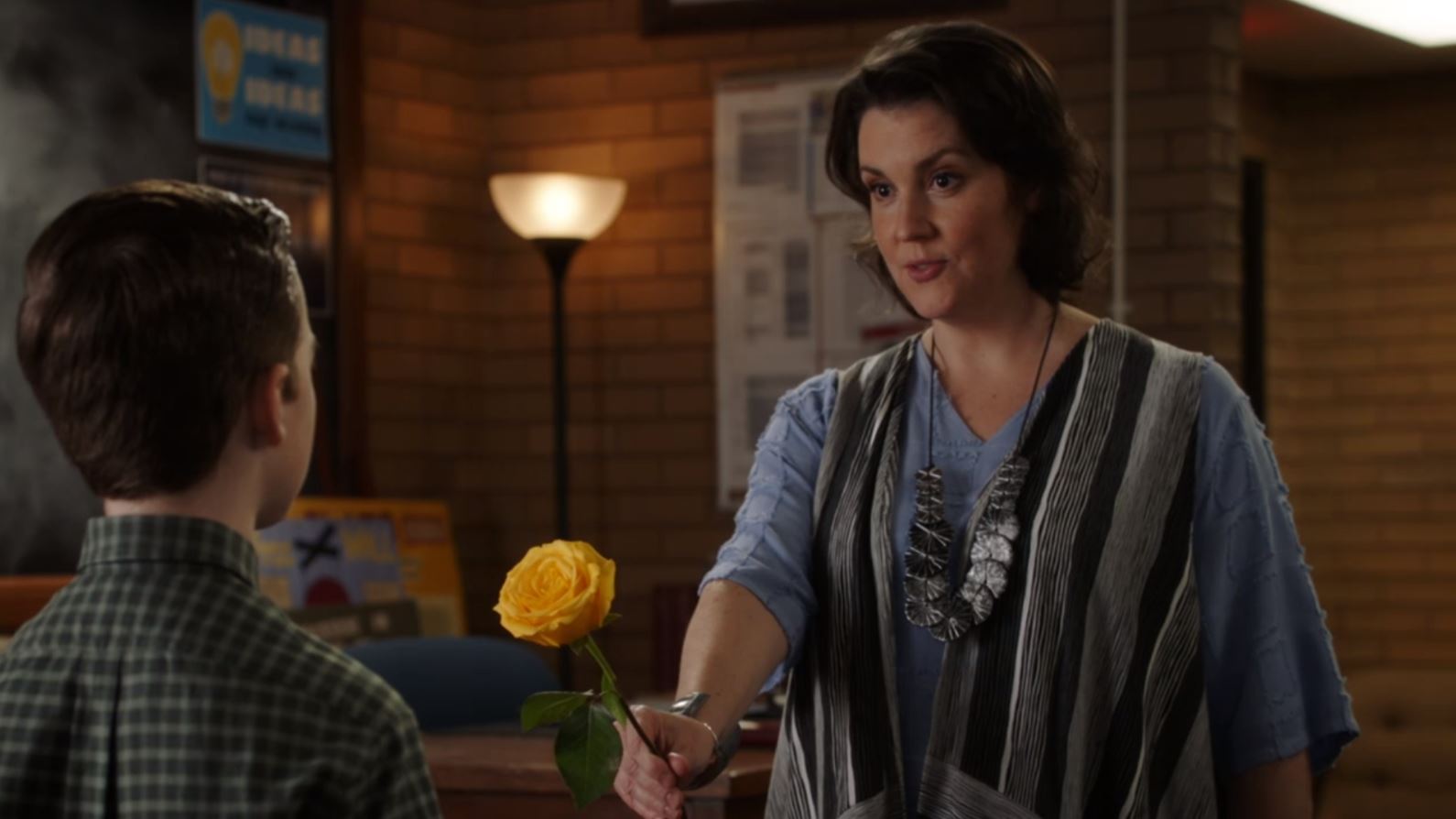 Sheldon’s philosophy class begins with Professor Erikson, who tries questioning the findings and values of science and compares them with skepticism. Sheldon is frustrated by this, so after talking with Dr. Linkletter he decides to drop the class. But this would see him giving up, so Sheldon decides to defeat her to sharpens his knowledge of philosophy. He spends the night studying science and the logical structure of the world, but this leads to him dreaming about having a conversation with René Descartes. But this dream was, in fact, a nightmare where he turns into a butterfly and is swatted to death by her sister, Missy. As he awakes in the morning, Sheldon refuses to go to college. He was having an existential crisis which alarms Mary. Something else that happens during the episode is the friendship between Mary and Brenda, who rejoices over Melissa’s popularity in middle school.

When Will Season 4 Episode 8 Release?

Young Sheldon Season 4 Episode 8, titled “An Existential Crisis and a Bear That Makes Bubbles,” is set to air on 18th February 2021 at 8 pm ET. Be sure to change the above time to your local time zone to watch the episode as soon as it airs on Thursday. The episodes of Young Sheldon are a bit out of order right now as they are not releasing every week, therefore any updates will soon be intimidated. You can watch Young Sheldon on CBS and also stream it on DirecTV, FuboTV, YouTube TV, and Amazon Prime Video. Depending on your location, the episodes may be available to watch or purchase. 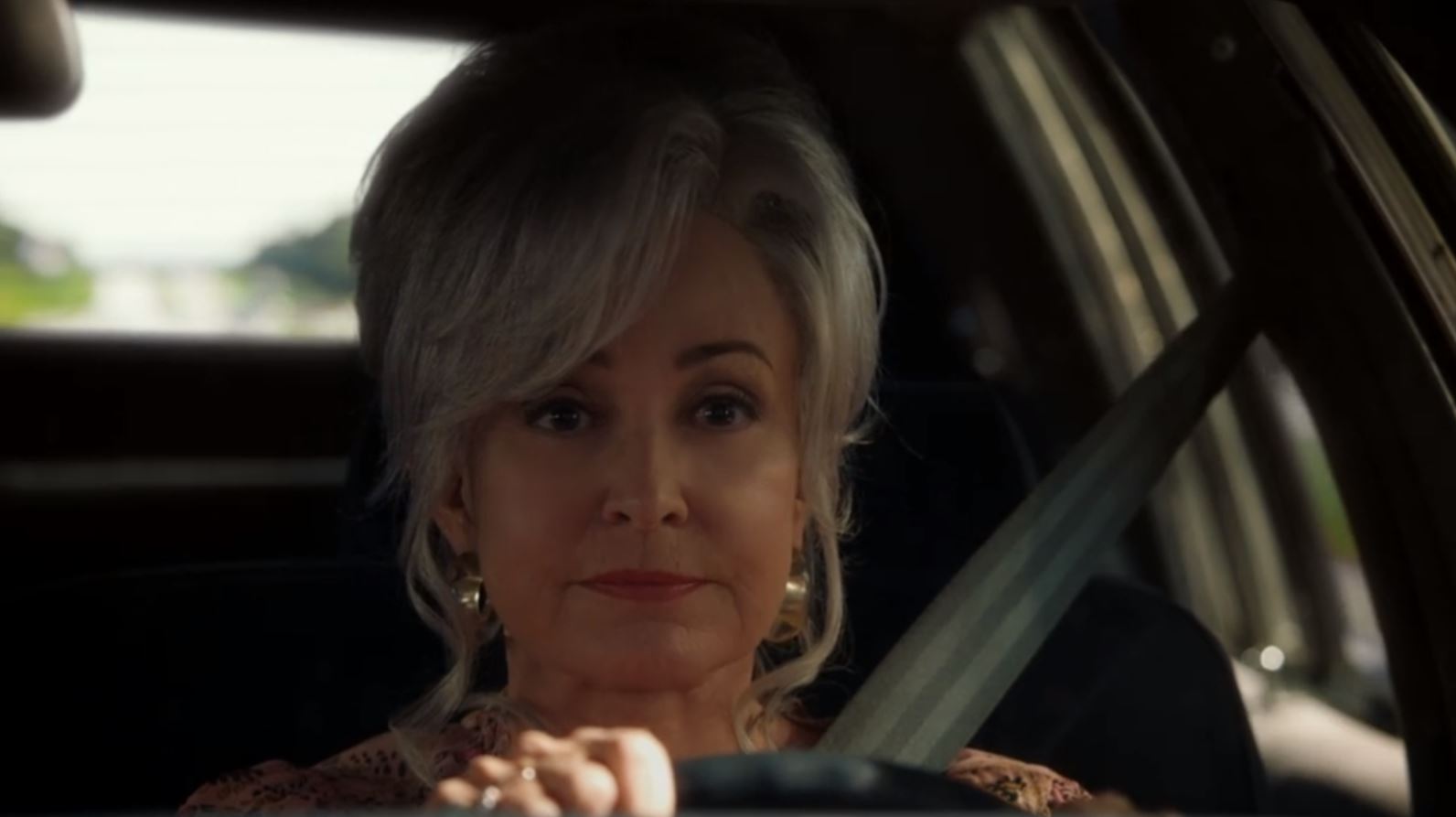 Meemaw takes matters into her hands.

Young Sheldon Season 4 Episode 8 promo suggests that Sheldon is still affected by the argument he lost against Ms. Erikson in his dream. In the last episode, Sheldon goes to his college, where attends Ms. Erikson’s philosophy class and wants to drop it. But before he does so, he tries to defeat her but goes into an existential crisis. In a dream, he gets into an argument which he loses thus, he refuses to go to college. So, Meemaw decides to take the matter into her own hands and pay a visit to Ms. Erikson. Meanwhile, George Sr. learns of his son Georgie who has been cutting class. And feels it as his responsibility to find out and deal with the problem surrounding this.

This phase of the Cooper household hangs in the balance as there are major changes. Sheldon and Missy have started a new stage in their lives. While Meemaw deals with the loss of her friend, Dr. Sturgis, who had moved away. These changes even include an improved friendship among Mary and Brenda as they discuss their children’s days in school and college.

Read: ‘Keanu Reeves’ HeartWarming Facts That Will Soothe Your Heart