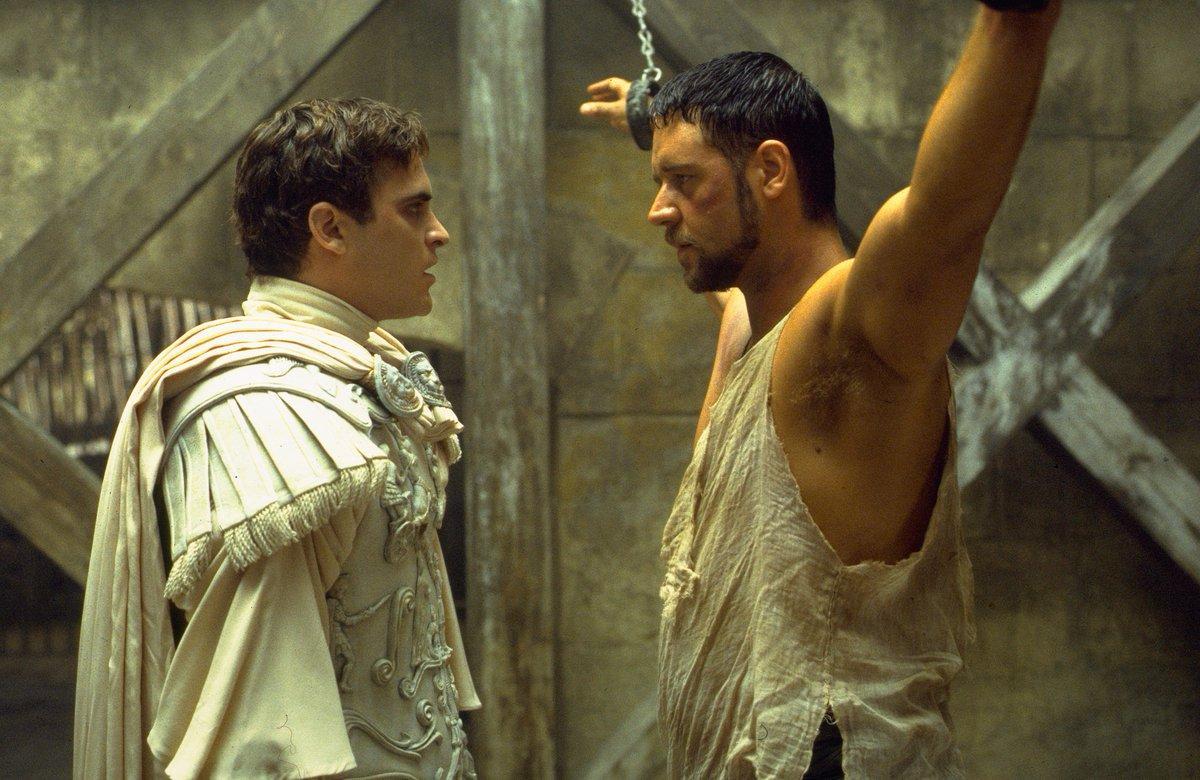 Gladiator ending is obviously amazing but we are here to break it down further for you guys. The film was released back in 2000. It combines the themes of history with that drama. Ridley Scott directed the project. The film focuses on the character named Maximus Decimus Meridius. He is a Roman general. We see in the film that he has been betrayed when his father is murdered and his throne is usurped. It is all because of Commodus. Commodus is the son of Emperor Marcye Aurelius. This man has a lot of ambitions and starts his journey by taking Meridius’ throne.

Given the fact that the roman general is now nothing but a mere slave, Maximise becomes a gladiator. For those who are not aware, a gladiator is a person who tries to entertain the audience, generally a king, in a field by fighting with the other contestants and one of them surely dies. Later in the film, we see that Maximus rise through the ranks of slavery and this arena in order to take his share of revenge on the emperor who murdered his family.

Gladiator was a success at the box office. It was made on a budget of 103 million dollars. Later, after its theatrical release, the film grossed more than 460 million dollars throughout the world. The plot of the film is inspired by a book called Those About To Die. It is written by author Daniel P. Mannix back in 1958. This movie went on win many awards and the critics also appreciated it for its cinematography and acting skills. 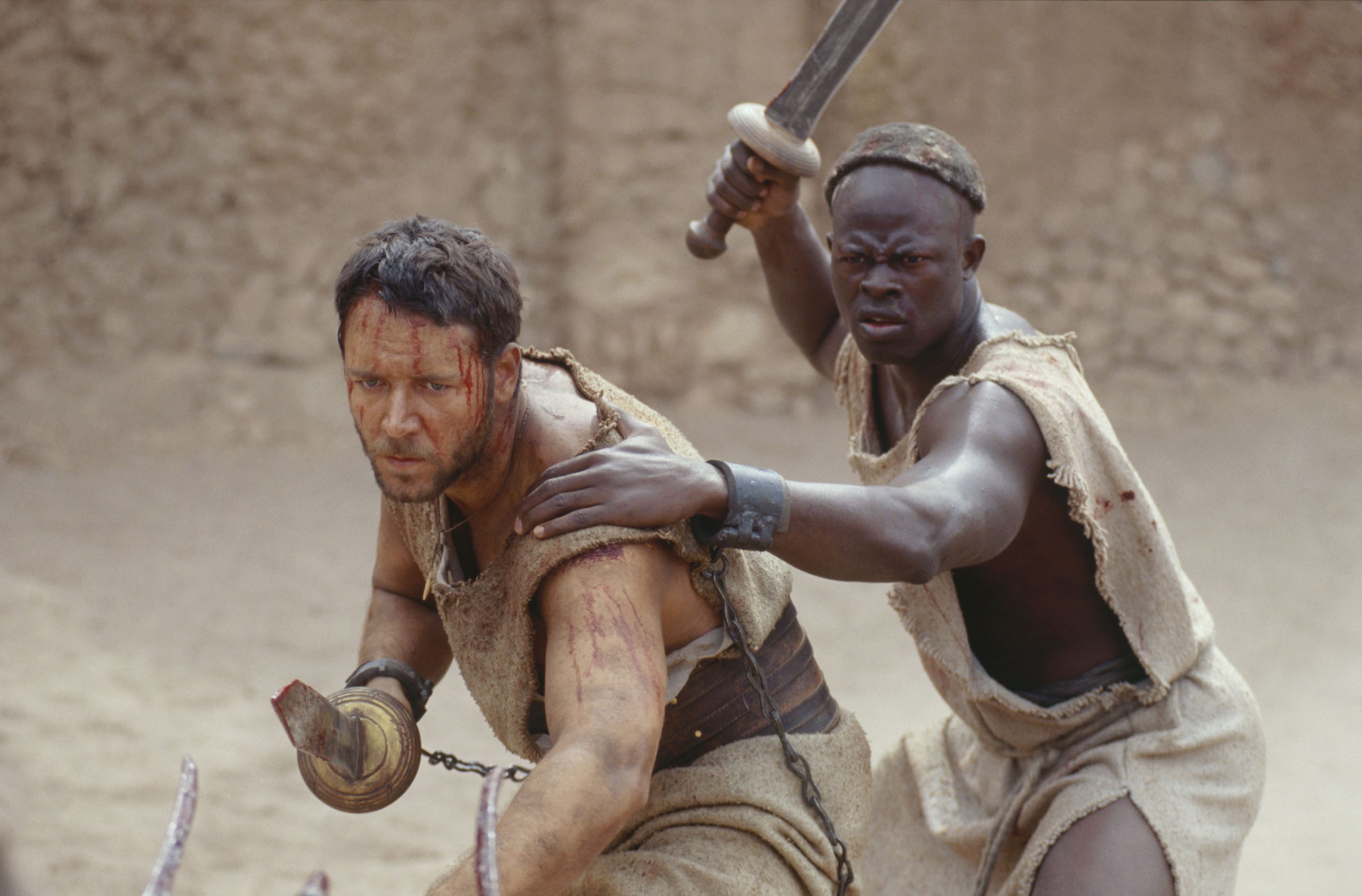 A still from Gladiator of Maximus with his men

As for the cast, we have already discussed Maximus. His role is reprised by actor Russel Crowe. Joaquin Phoenix enacts the character of Commodus. He is the power-hungry beast and the son of Marcus Aurelius. He is the man who dethroned Maximus and left him to become a mere slave. Connie Nielson does the part of Lucilla. She used to be the lover of Maximus. Lucilla is the elder sister of Commodus. When the film starts, we see that she has recently been windowed. She tries to be as resistant as possible to the criminal deeds of his brother and is trying to protect his son from her brother and his corrupted mind.

The film is set in 180 AD. After getting thrown away as the emperor, Maximus has become a gladiator. Although, we see the fife of revenge in his eyes as he is trying to rise through the ranks in order to take revenge on Commodus. After being in a suitable position, Maximus realizes that all the former officers who are now working for Commodus, are actually still loyal to him. We see that Lucilla and Maximus meet at a hidden spot and decide to have a meeting with the older staff.

Later, it is agreed that Maximus should escape Rome in order to build an army against the current emperor. Lucius is the son of Lucilla. He is quite close to his uncle although we have seen clearly that his mother does not want him to be. In their leisure time, we see that Lucius innocently tells Commodus of the entire plan that Lucilla and Maximus are brewing in his empire.

Lucilla is the former lover of Maximus and it makes sense that she is helping with the escape. He then threatens her sister and her son and has the Gladiator’s arena attacked by his men. Although, Maximus has true friends among the group and they sacrifice themselves in order to help him escape from Rome.

After fact that everyone is aware of the story of Maximus, and Commodus tries to win back the loyalty of the people he is ruling. This is why he challenges the gladiator to a duel at the Colosseum. Before the match even begins, the emperor stabs Maximus in the king. Despite the fact that he is injured, Maximus manages to unarm the emperor.

Obviously, Commodus has always grown up in a privilege, and here too, he asks for a sword from the guard. Well, the guard is irritated by his attitude and refuses to do so. In the end, we see that both of the men die. Although, Commodus is defeated by Maximus where the latter demands justice for his fellow men in the area and various political reforms.

Also read: Thirteen Ending Explained: Did Tracy Save Herself From Evie In The End?